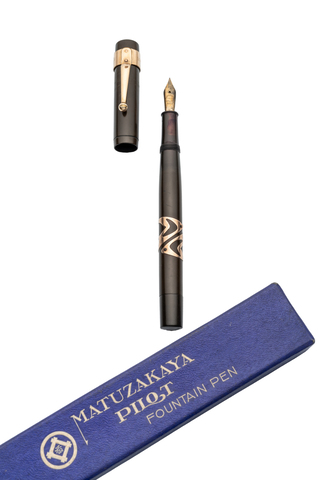 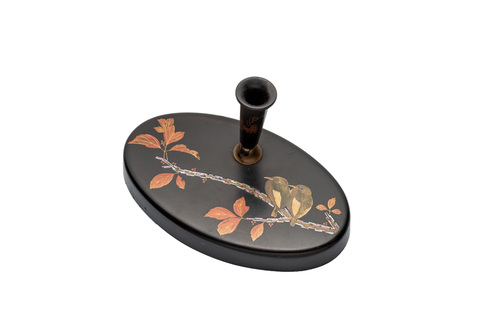 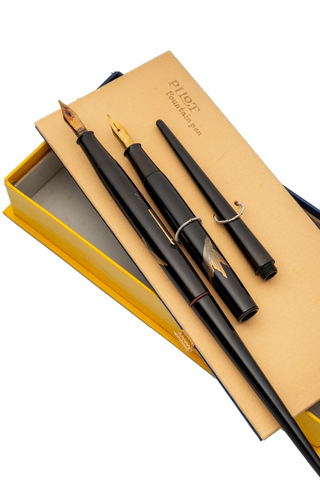 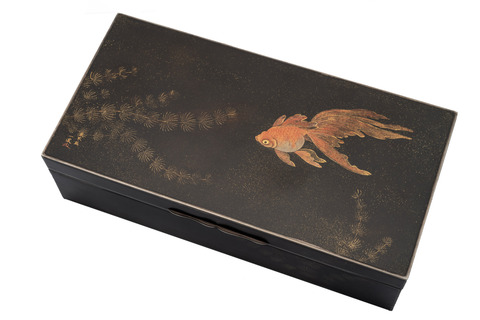 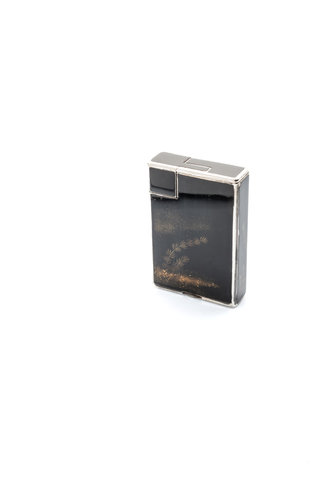 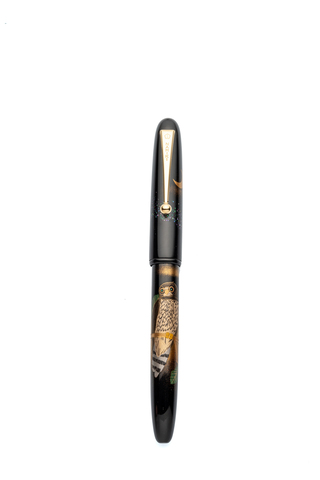 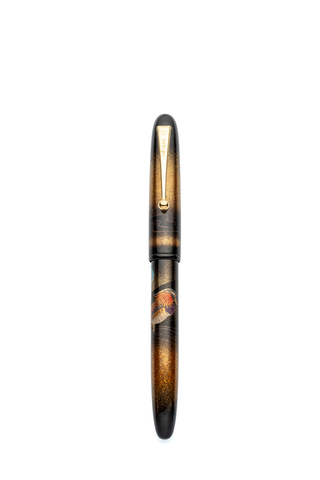 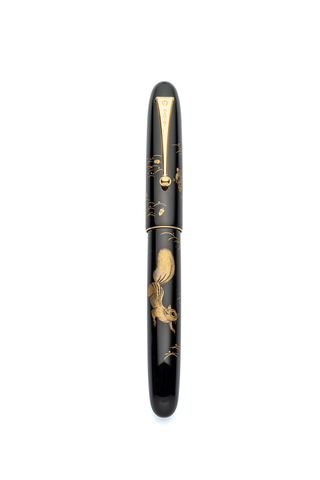 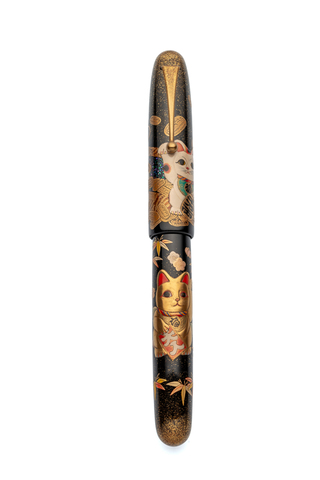 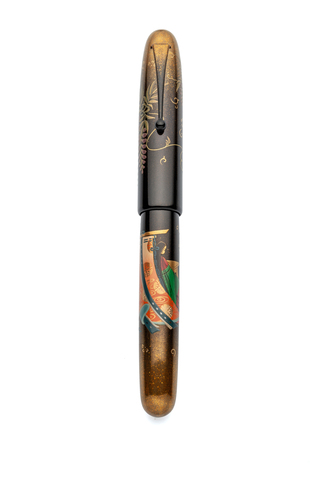 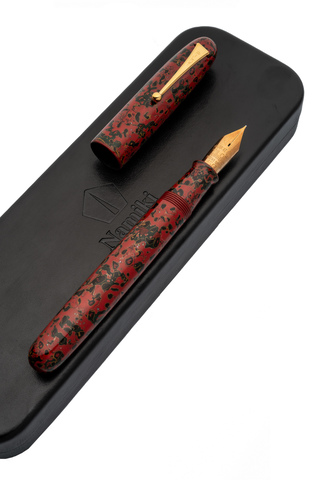 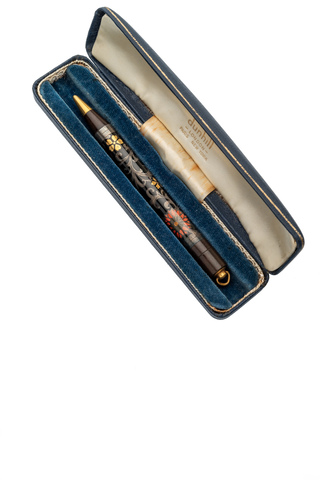 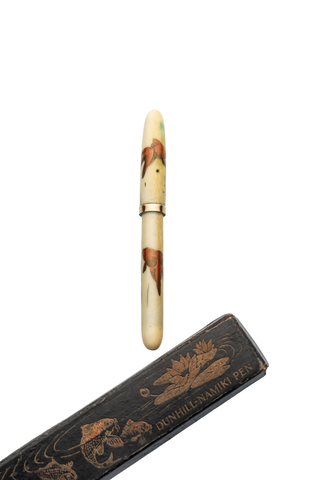 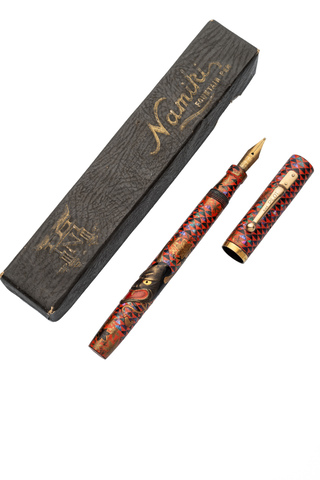 Vintage fountain
Coming in his original Namiki box
Flat top size 3 / 129 mm
14 K Gold nib engraved Pilot
Lever filler ink system
Amazing makie work grade A+ with the most complicate techniques of raden, taka makie, hira makie and togidashi on an ebonite barrel covered by red urushi.
This museum piece is unique and comes from the most known collection of the world.
It’s definitely the greatest and most legendary Dunhill Namiki pen.
Believed to be the only surviving example of a pen performed by Gonroku Matsuda. Most famous master of this history of Namiki who found the Kokkokai school.
The pen is published on the famous cover of the bible pens collectors “The art of japaneese lacquer pens“ written by Julia Hutt and Stephen Overbury.
In 2002, Dunhill decided to re-edit this mythical pen and asked the famous makie artist Kyusai Yoshida to make 25 pieces based on the design of Gonroku Matsuda. This emperor flat top became one of the biggest success of the Namiki modern collection.
Inspired by the “Nonomiya“ story of “The Tale of Genji“ a classic of Japaneese Kabuki theatre, this pen features the mask of the celebrated female daemon, Hannya, a rictus of hate and jealously on her face, a tsuzumi celebration drum and a scattering of maple leaves, Momiji.
The Hannya pen is considered by all the pens collectors community like as the absolute grail, the ultimate pen. 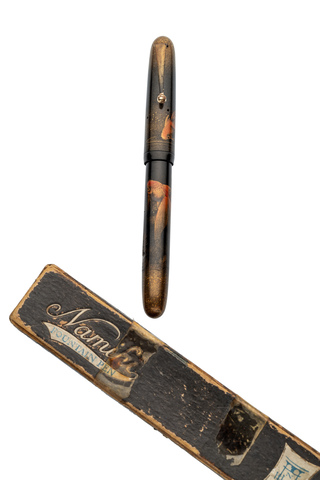 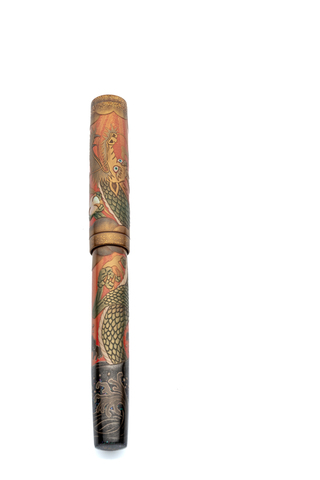 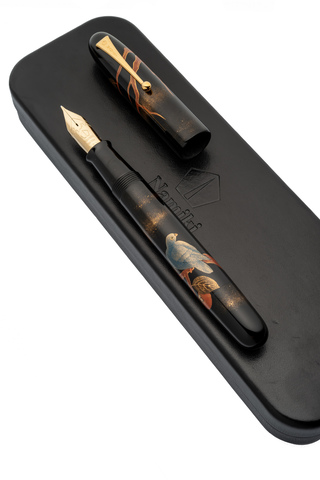 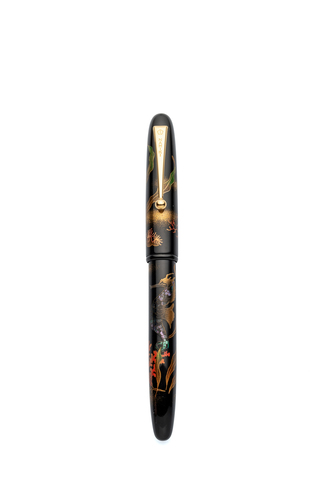 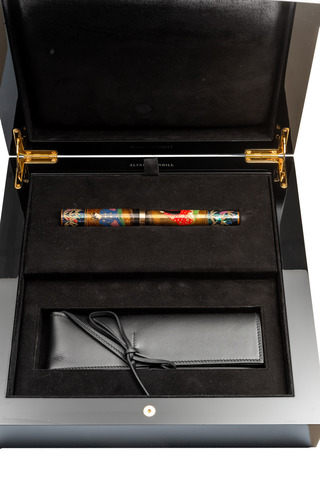