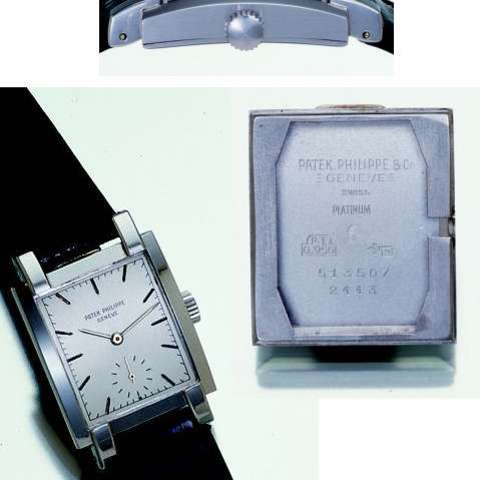 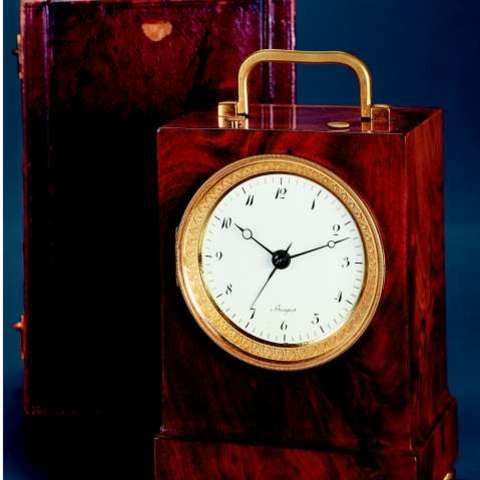 C. Rectangular, mahogany veneered (veneer about 2mm thick) with sliding back door, folding brass handle on the top, ormolu bezel with 'water-leaf' decoration. Box: two-piece, leather covered with sliding front panel allowing the dial to be seen, a compartment in the back for a spare crystal, small gilded feet. D. White enamel, slightly convex, with Breguet numerals. Blued-steel Breguet hands. M. Brass rectangular with large double wheel barrel driving the going as well as the striking trains, pltform mounted dead-beat verge escapement with sapphire circular pallets and 11-teeth escape wheel, three-arm balance with eight gold timing and poising screws at the bottom, blued-steel flat balance spring, balance and escape wheel jeweled with endstones, long index regulator protruding to the end of the platform. Quarter repeating and striking on a bell with the mechanisms mounted on the back plate, top button release. Pull wind alarm striking on the same bell, fitted on the base.Signed Breguet on the dial and Breguet et Fils on the base of the movement.Dim. 18 x 13 x 10 cm. 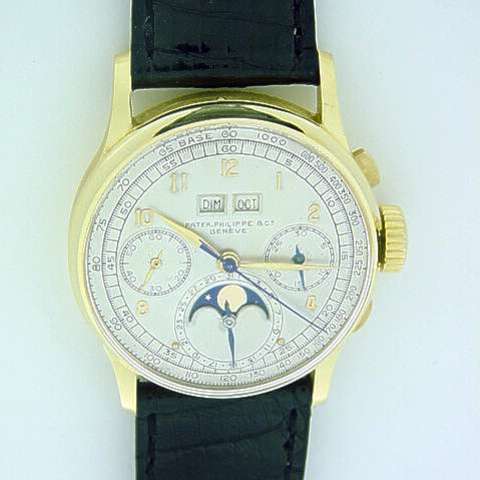 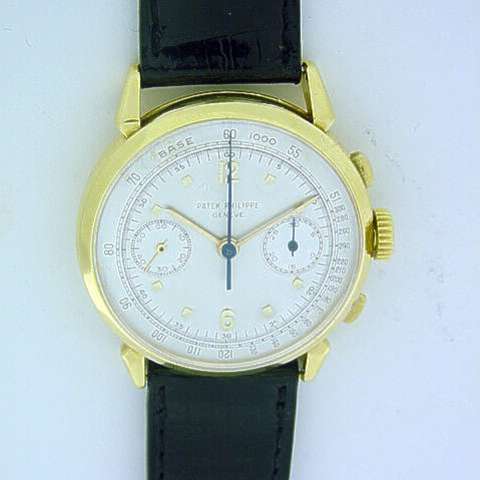 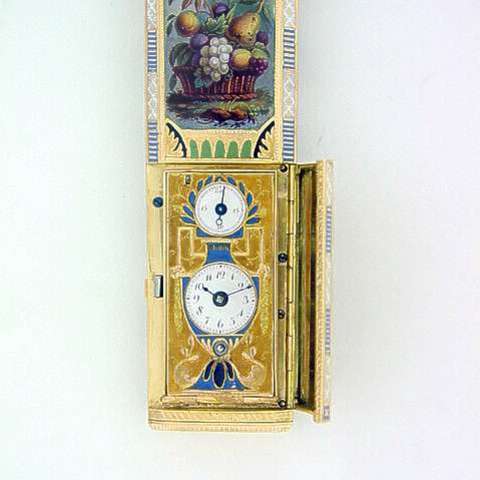 C. In the shape of a long oval flask with flat edges. The front with two fine panels, the top with painted enamel of a fruit basket, the bottom with floral engraving interlocked with translucent red and blue enamels. The bottom hinged and spring-loaded to reveal the dials when a small push-piece at the side is pressed. On the back: at the top an enamel of a vase with flowers, at the bottom an engraved vase against blue enamel background over a backgound engraved to imitate engine-turning. Borderin alternating azure and white enamels in a geometrical pattern, the sides in a classical style with translucent red, blue, and green enamel. The screwed enameled cap reveals a small stick for perfume application. D. White enamel, Breguet numerals, dot minute indicators, blued-steel "spade" hands, above a separate white enamel dial for small seconds. M. Hinged, rectangular 5 1/2???, fire-gilded full-plate, cylinder escapement, three-arm gilded balance, flat balance spring, brass escape wheel, mtor barrel. The seconds are driven by an additional wheel driven by the escape wheel pinion.Dim. 19 x 9 x 89 mm. 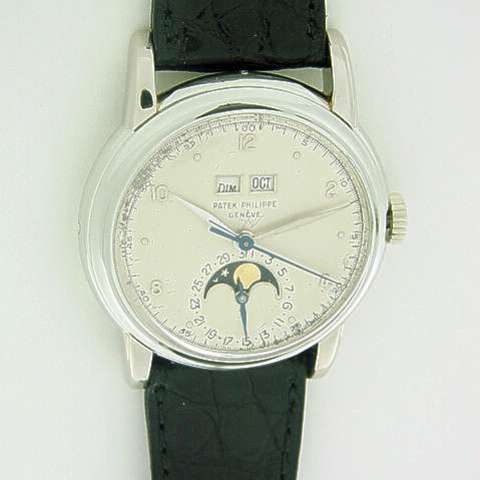 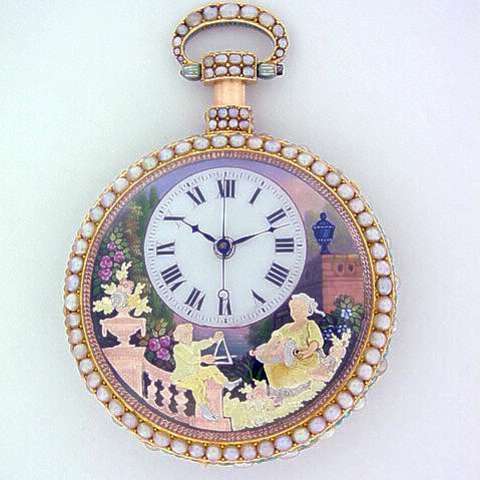 The Spring.Attributed to Piguet et Meylan à Genève, made for the Chinese market, circa 1820.Magnificent and rare 18K gold and enameled, quarter repeating musical triple-train automaton watch with two musicians, set with half-pearls and turquoises.

C. Four-body, 'Empire', the back with a very fine enamel portrait of a young lady, representing the Spring, depicted with spring flowers within a round frame of alternating segments with graduating half-pearls and translucent dark blue enamel over engine-turning, the bezels entirely set with half-pearls, the band set with half-pearls alternating with a cluster of four turquoises. Pendant and bow set with half-pearls, azure enamel underneath the bow. D. Eccentric, off-white enamel over gold, Romanumerals, outer minute ring within an enamel countryside scene showing a castle with the sea in the background and a classical urn in a corner of the castle wall. Multicolored gold figures of a boy playing a triangle and a girl playing the hurdy-gurdy. The players? arms are pivoted and are driven by the musical movement, giving the illusion that the music comes from the small triangle and the hurdy-gurdy. M. 20???, fire-gilded, cylinder escapement, gold balance, blued-steel flat balance spring,all three trains run from motor barrels, the music disc with pins on both sides working on 22 vibrating blades, the automaton is driven by the musical movement and is controled by a cam mounted in the center of the music disk, all-or-nothing repeating train, the seconds hand is mounted directly on the 4th wheel, the music plays every hour on the hour or on demand, repeating on gongs when the pendant is pressed.Diam. 55 mm. 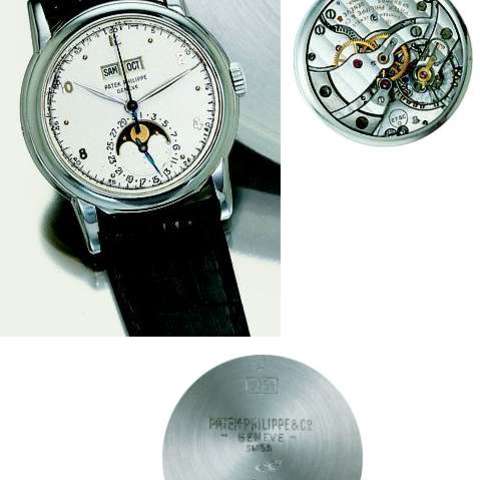