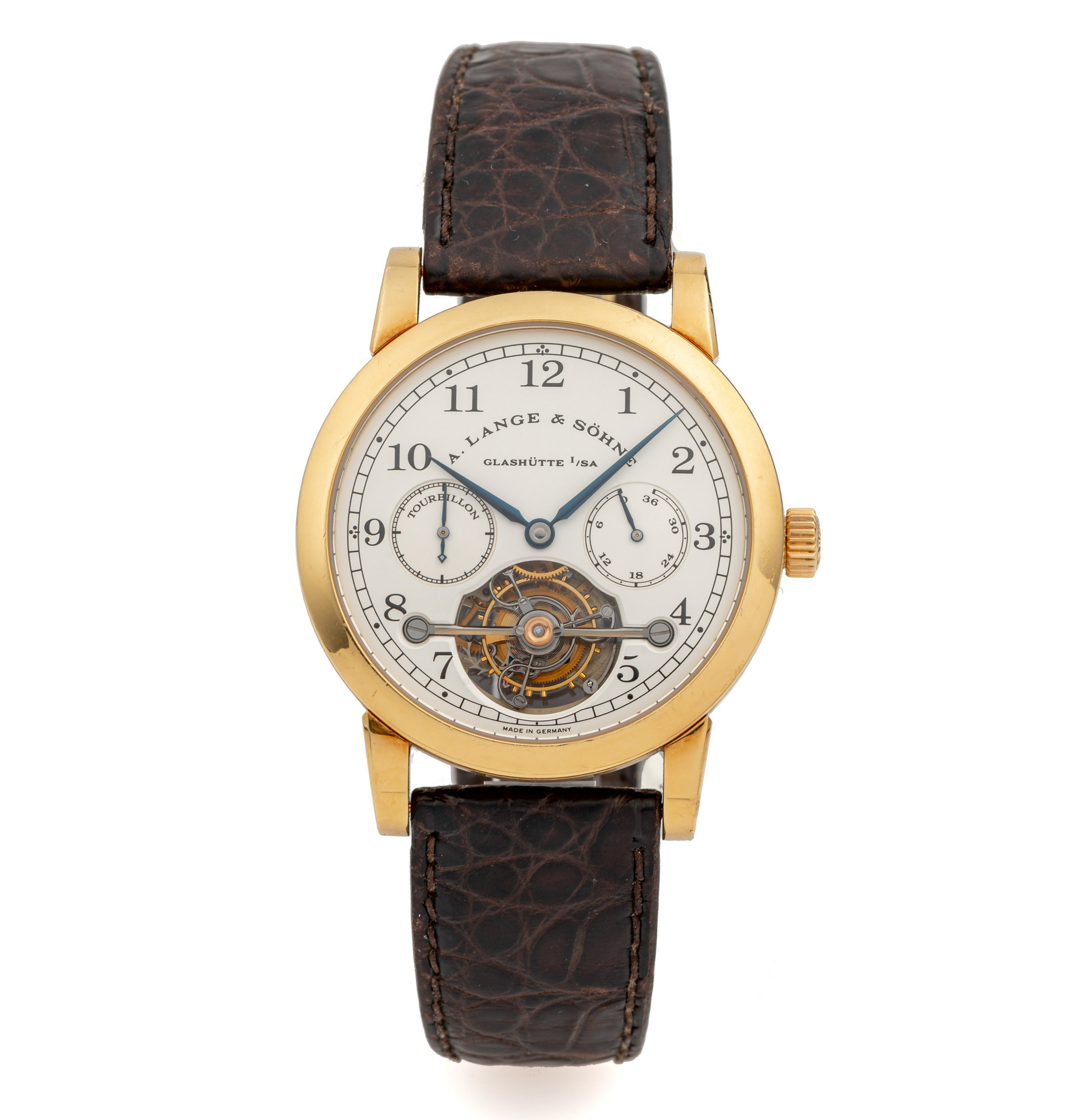 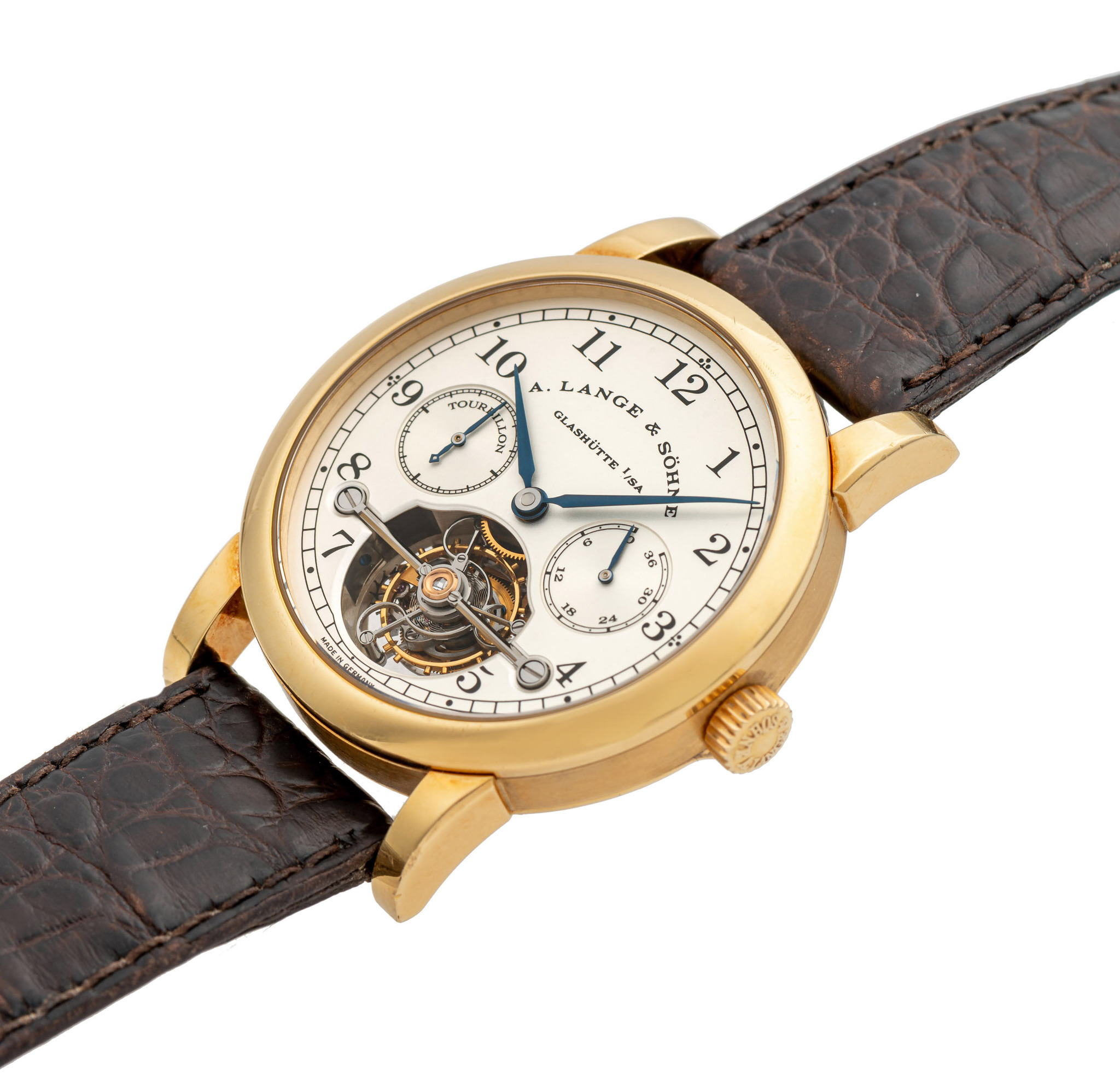 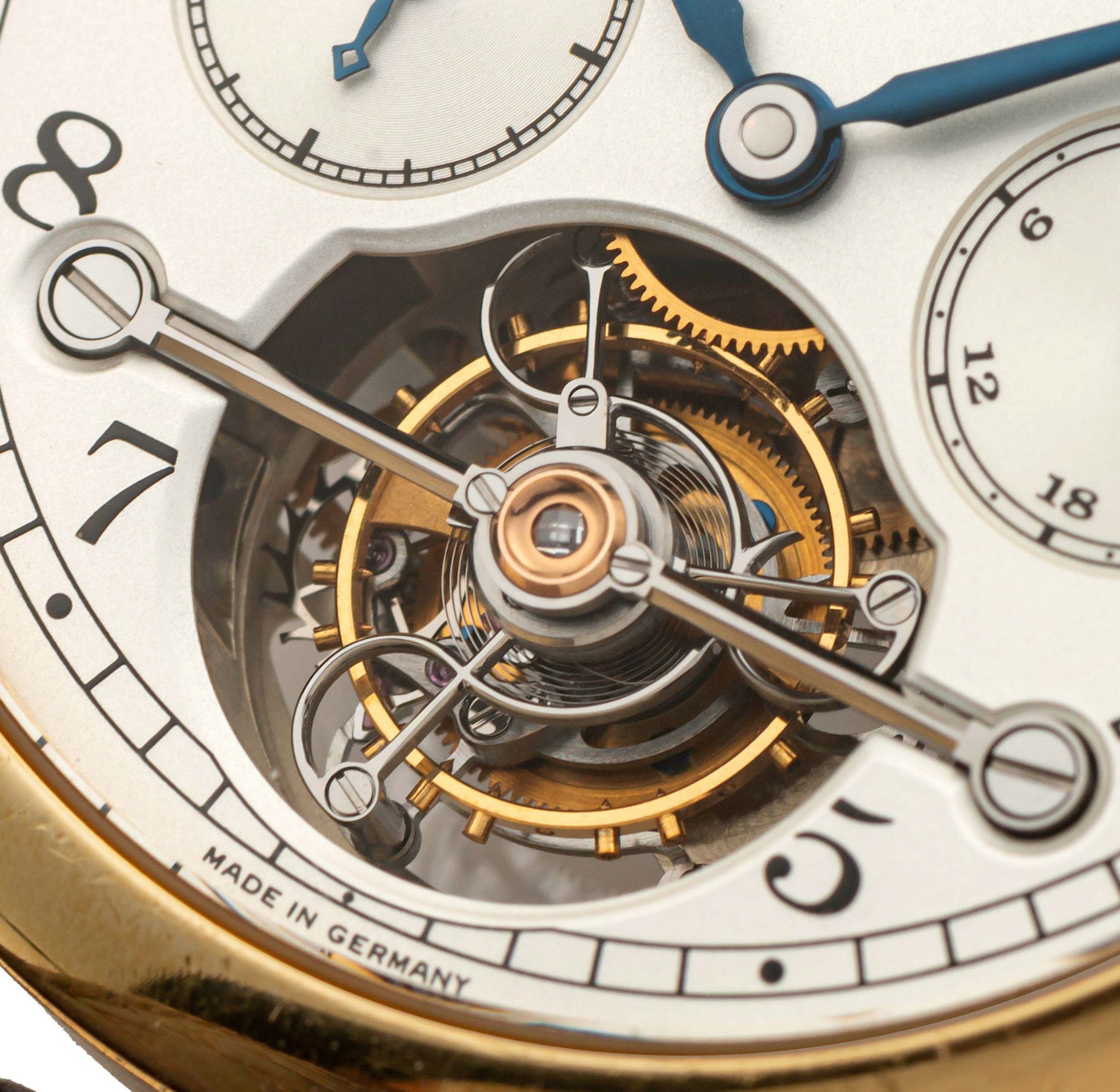 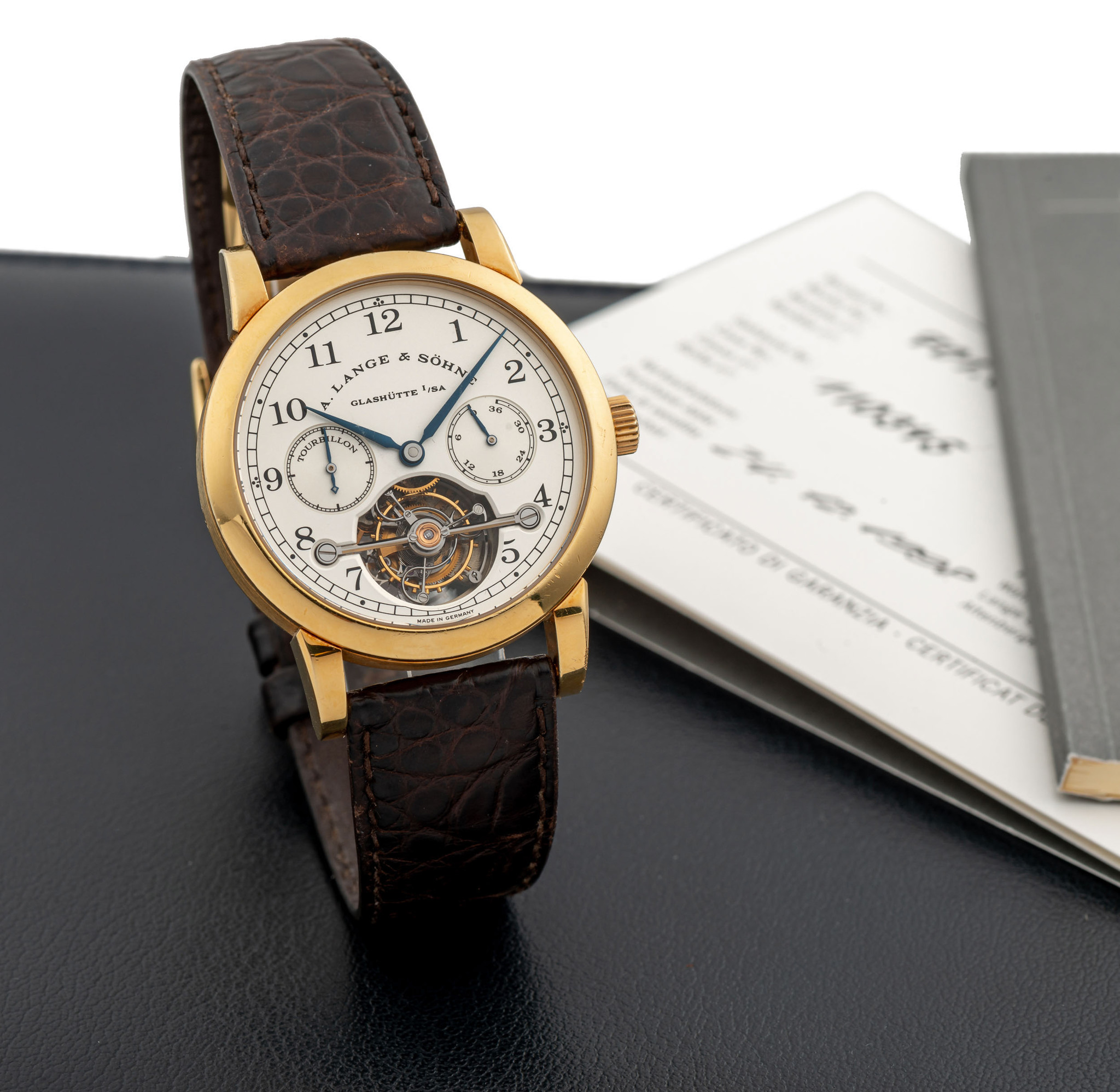 The original Certificate mentioned that this watch was sold by Juwelier Schindler, on December 24, 1998.
--
A. Lange & Söhne, “Tourbillon Pour le mérite”
Founded in 1845, in Glashütte, by Ferdinand Adolph Lange (1815-1875), A. Lange & Söhne is probably the most famous German manufacture specialised in complicated and classic luxury watchmaking.
The gold Tourbillon “Pour le Mérite” is a limited edition of 150 pieces produced from 1994 to 1998.
Invented by Abraham-Louis Breguet in 1801, the tourbillon is a complex mechanism improving rate accuracy by offsetting the disruptive effect of gravity.
The “Pour le Mérite” tourbillon was one of the four watch models created by the manufacture to relaunch the brand in 1994.
The exceptional movement proves the outstanding know-how of the manufacture, for instance it utilises fusee and chain to control the equalisation of power.
It is also the first wristwatch ever made to incorporate a tourbillon with a fusee and chain winding mechanism that allows power to be distributed evenly over the 36-hour power reserve.
It is one of the most sought-after complicated watch : a highly desirable timepiece for all the collectors.
Of the limited edition of 150, 106 pieces appear to have been made in yellow gold.