Case-back engraved in taille-douce (fine-cut) with a pattern décor, with, in the centre, an escutcheon; case-band with engraved motif. 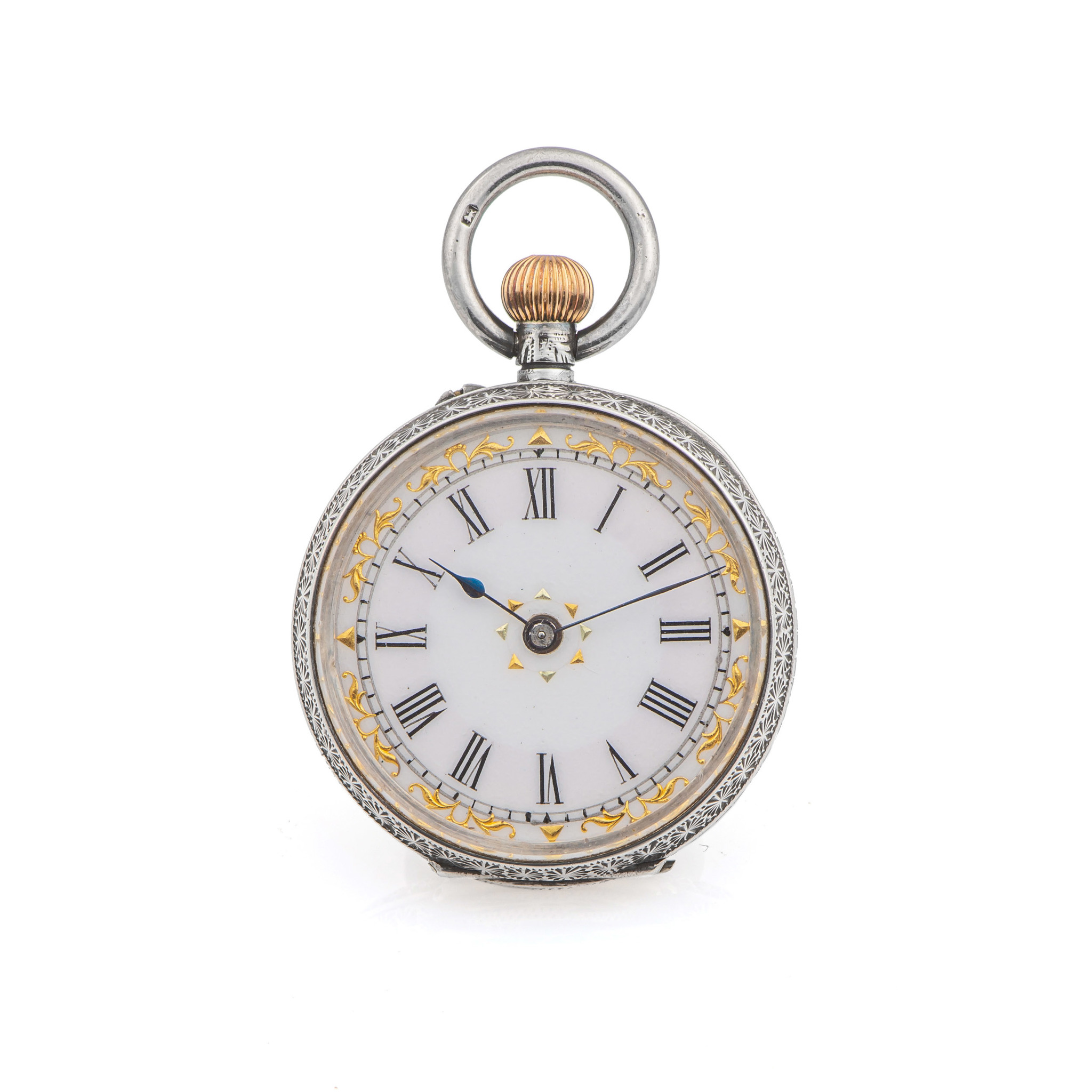 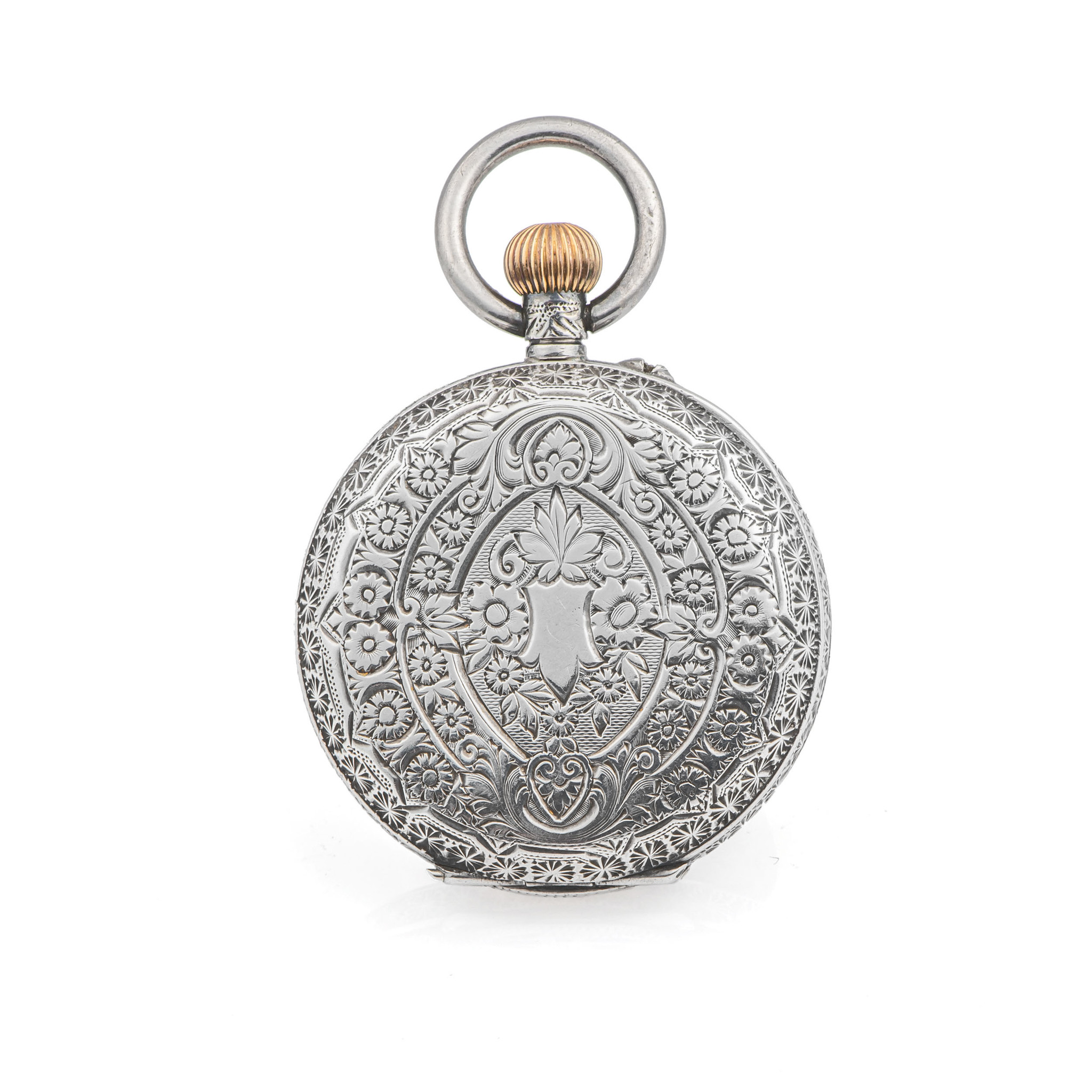 Model made for Hopkins & Hopkins, Dublin

Movement based on the Swiss invention patent No. 6 776, delivered on June 13, 1893, to Albert Didisheim & Frères, Saint-Imier, for a “Système de raquette permettant un grand déplacement des goupilles” (System of index-regulator allowing a large displacement of the pins).

Albert Didisheim & Frères, Saint-Imier (Bernese Jura), future Marvin
Marvin is a Swiss watch manufacturer. The Marvin Watch Company was founded 1850 by Marc and Emmanuel Didisheim in Saint-Imier. Already in 1854 one could move to the newly built office building of the pocket watch manufacture.
1891-1892, the new generation change was performed: the three sons of Marc Didisheim, Henri-Albert, Edgar and Charles, took over the management of the company, which changed its name to Albert Didisheim & Frères. In 1894 the company moved to La Chaux-de-Fonds. In 1895 Henri-Albert took over the management. The American market became the marketing focus. The export to America was organized by the general agency in New York, headed by Hippolyte Didisheim. With the establishment of the new factory building in 1912 the company name was modified to Marvin.
1917, the three sons of Henri-Albert took over the management of the company. Despite reorientation towards wristwatches the production of fine manufacture movements was maintained. Besides own movements Marvin also used Rolex movements for a short period. In the 1930’s Marvin brought the model “La Gauche” on the market. Its development was probably due to the fact that Henri-Albert Didisheim himself was left-handed.
1936, the trade mark “Nivrel” was introduced. After acquisition of the company Election Marvin kept this name as a factory brand. From 1940 the company began alliances with KLM Royal Dutch Airlines, Ferrari, Mercedes, Jaguar, Fiat, MG, Rover and Chevrolet. 1950, at the 100-year anniversary, Marvin could refer to a global distribution network that stretched across 70 countries.