Rectangular, clock at the top, back with sliding panel revealing the movement, extended forward base with two gilt bronze lions, between them a rectangular cutout showing the Reaumur thermometer display, gilt bun feet. Silvered chapter ring with inlaid radial Roman numerals,matte gilt center winch engraved ''Janvier au Louvre No 321," blue steel Breguet hands. White enamel small subsidiary dial at the top for the day of the week and date,blue steel Breguet hands. Thermometer dial :matt gilt rectangular plate with 2 applied silvered sectors for two Reaumur scale from -10 to 30, on the side engraved "Composé par Janvier.'' Blue steel index hand. Circular 105 mm. brass, four circular pillars, going barrel, anchor escapement, brass bob pendulum with steel rod, silk suspension. Réaumur thermometer: bimetallic steel and brass lever acting on a pivoted steel lever to which the hand is fixed. Signed on dial and movement. Illustrated in: Michel Hayard:'' Antide Janvier 1751-1835'' page 208. ANTIDE JANVIER (1751-1835) Janvier was born on 1 July 1751 at Briva, a hamlet in the commune of Lavans, near Saint Claude. His father, Claude Etienne Janvier, at first a farm labourer, had abandoned the plough to take up clockmaking. When he noticed the exceptional ability of his son in his own new trade, he did his utmost to have him carefully taught by a certain Abbé Tournier, inventor of a method for calculating gears. Antide Janvier became interested in mechanical matters and astronomy at an early age; remarkably precocious, he may be considered as the most extraordinary, and the most learned, of French clockmakers. At the age of 15, he had already made a globe, which represented mechanically the movements of the heavenly bodies. He presented it to the Academy des Arts et Belles-Lettres de Besançon, which, during an extraordinary session dedicated to him, decreed: "The Sieur Antide Janvier, of Saint Claude, having presented to the Academy a globe on which he has executed in movement a system of astron my, this Company believes that it cannot give too much praise and encouragement to a young man of seventeen, whose industriousness would honour a confirmed mechanical expert; it regards it as an act of justice to confer this present certificate upon him. Given at the Palais de Granvelle, in Besançon, on 24 May 1768. Signed: Droz, permanent secretary. Such an exceptional achievement was soon known throughout the city, and the inhabitants were so enthusiastic, that there was no question of Janvier's leaving. So he established himself in Besançon, where he restored the table clock of Cardinal Granvelle, made in Augsburg in 1564. Returning to Saint Claude in 1771, he visited Morez frequently, dividing his activities between these two cities, as an official Memoir for Year IX of the Republic indicates: "A celebrated artist, the Citizen Janvier senior, having established himself in Morez, corrected the methods, made known the right principles, and taught how to join elegance to sturdiness in the work (of clockmaking)". A moving astronomical globe, in gilded wood, now in the Besançon Museum, bearing the inscription: "Exécutée à Saint Claude, par Antide Janvier fils en 1771 A Et. 20 (Made in Saint Claude, by Antide Janvier son, in 1771 A Et. 20) [the 20th year of his age], bears witness to his activities in Saint Claude, as does the planetary clock of the Gélis collection, now in the Paul Dupuy Museum in Toulouse, signed: Janvier fils à Saint Claude fecit l'an 1773. (Janvier jr at Saint Claude made this in the year 1773). In 1773, a Memoir of the famous astronomer Lalande, read at the Academy of Science, announced that on 18 October a comet would pass near the earth. Janvier seized this opportunity to obtain from his father's permission to go to Paris for that day. During this journey he had the honour of presenting one of his moving globes to King Louis XV. On 10 May 1775, on his return to Besançon, he presented to the Academy two new globes "most ingenious and very well made". 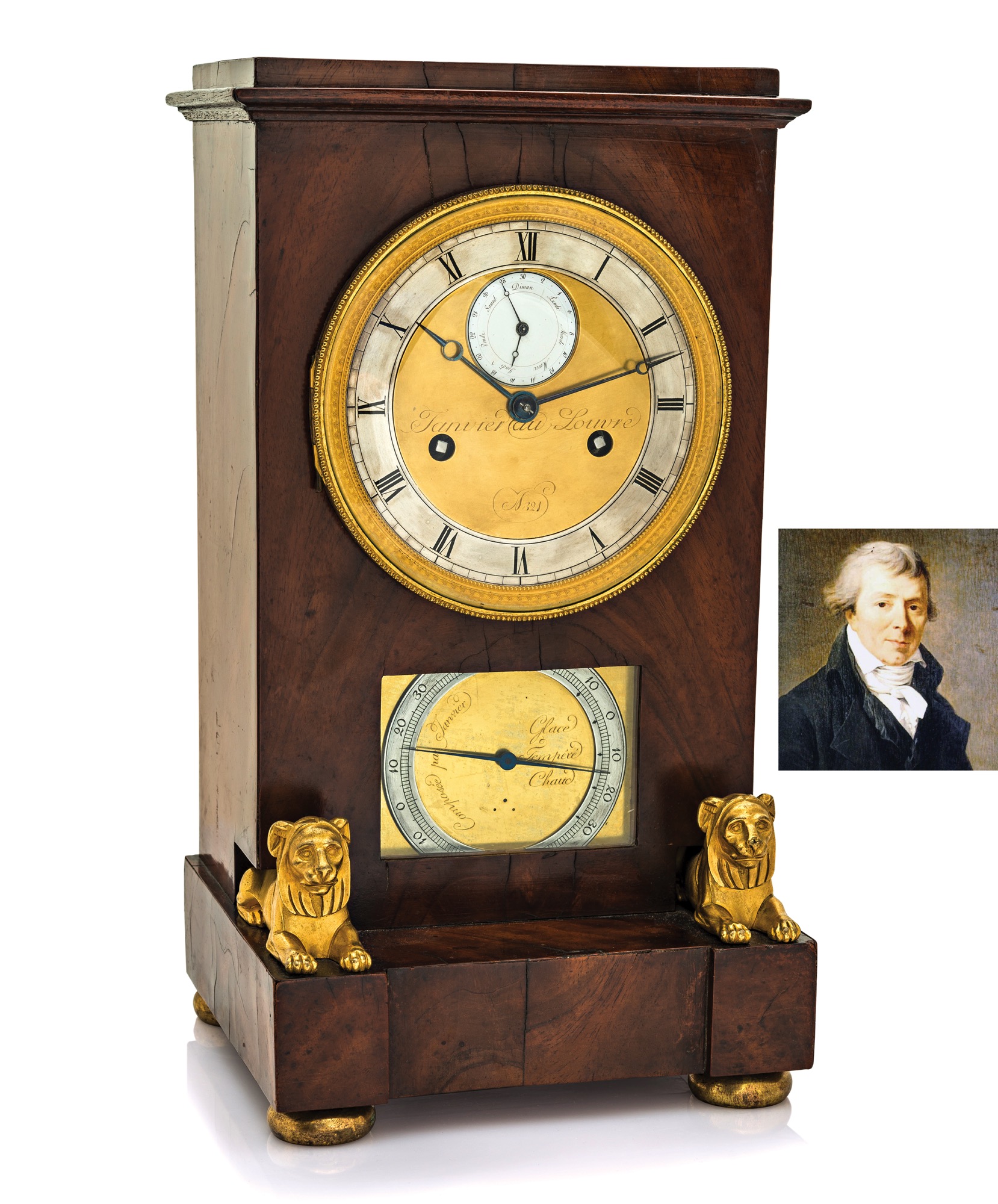