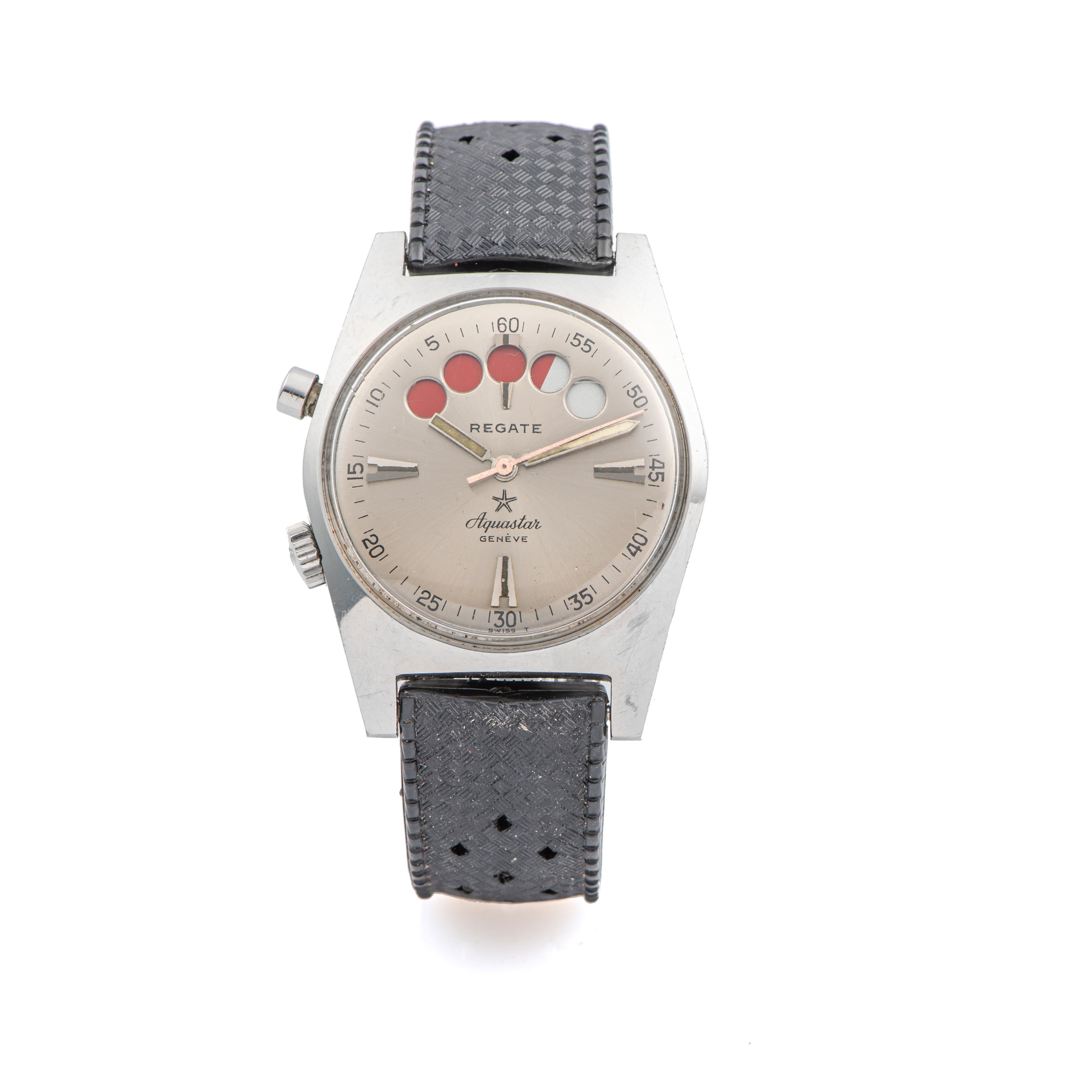 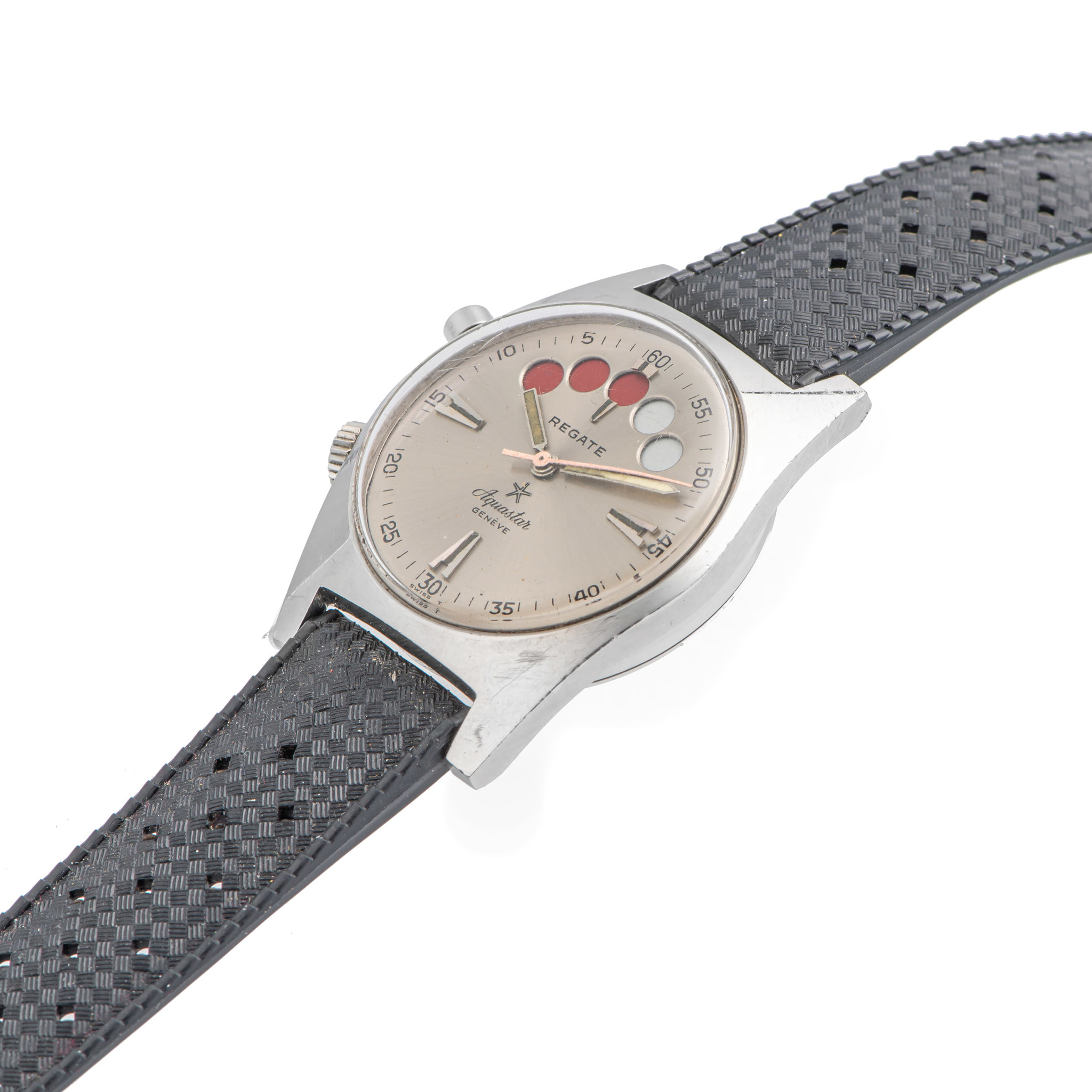 Movement based on the Swiss invention patent No. 385 114, delivered on November 30, 1964 (application filed on February 15, 1961), to Jean Richard S.A., La Chaux-de-Fonds, for a “Pièce d’horlogerie permettant le comptage d’un nombre restreint de minutes” (timepiece allowing the counting of a limited number of minutes), Frédéric Robert, Geneva, and Raoul-H. Erard, La Chaux-de-Fonds, are mentioned as the inventors.
--
Aquastar, “Regate”
In 1961, Jean Richard S.A. had filed for a patent for a regatta watch with a 5-minute countdown function. This patent represents the “Birth Certificate” of the regatta yacht-timer watches as we still know them today. Not long afterwards, Frédéric Robert (mentioned as co-inventor in the patent) developed the Aquastar “Regate” from this patent using a modified Felsa 4000 N movement. This became the first Regatta yacht-timer wristwatch on the market, being launched in 1964.