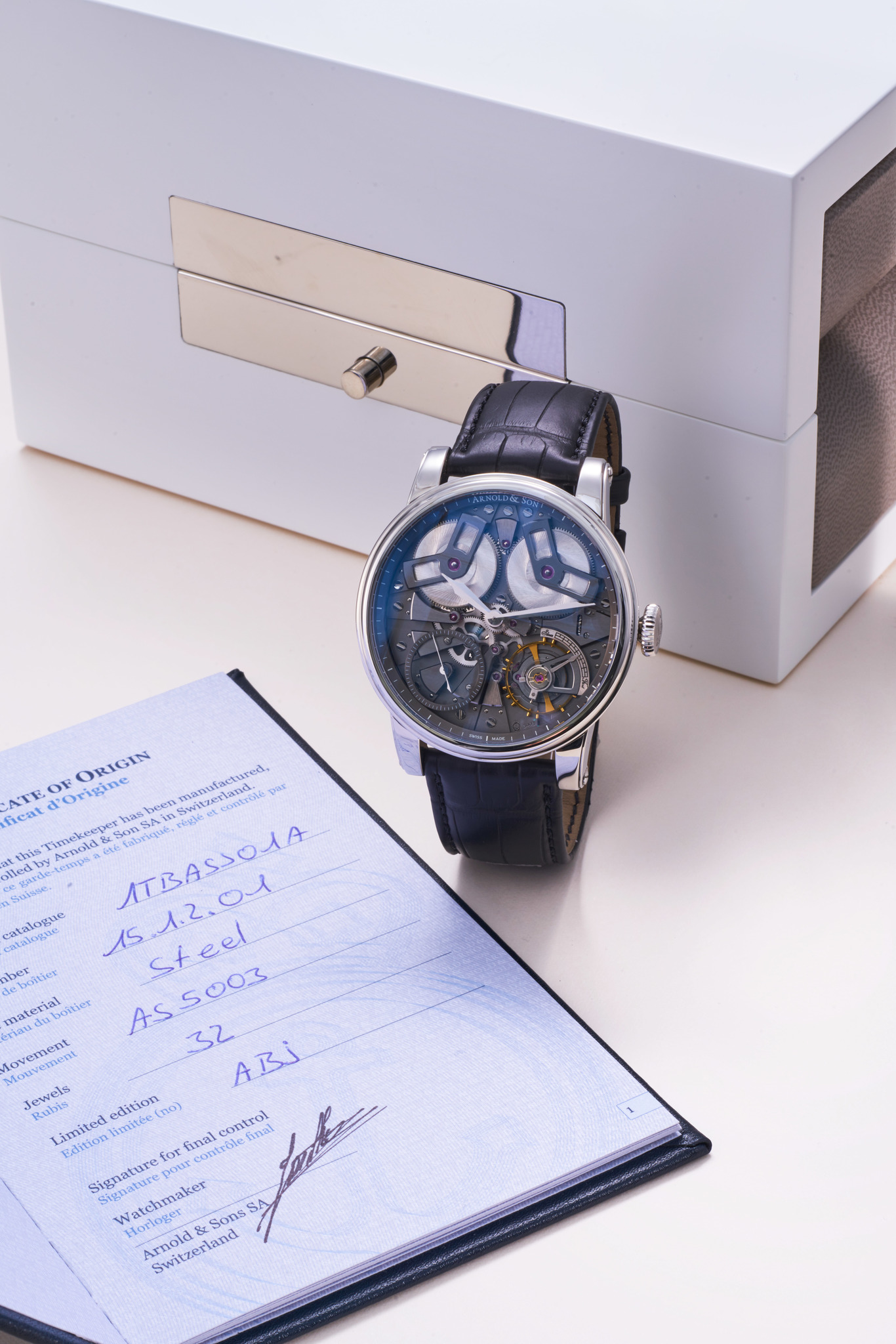 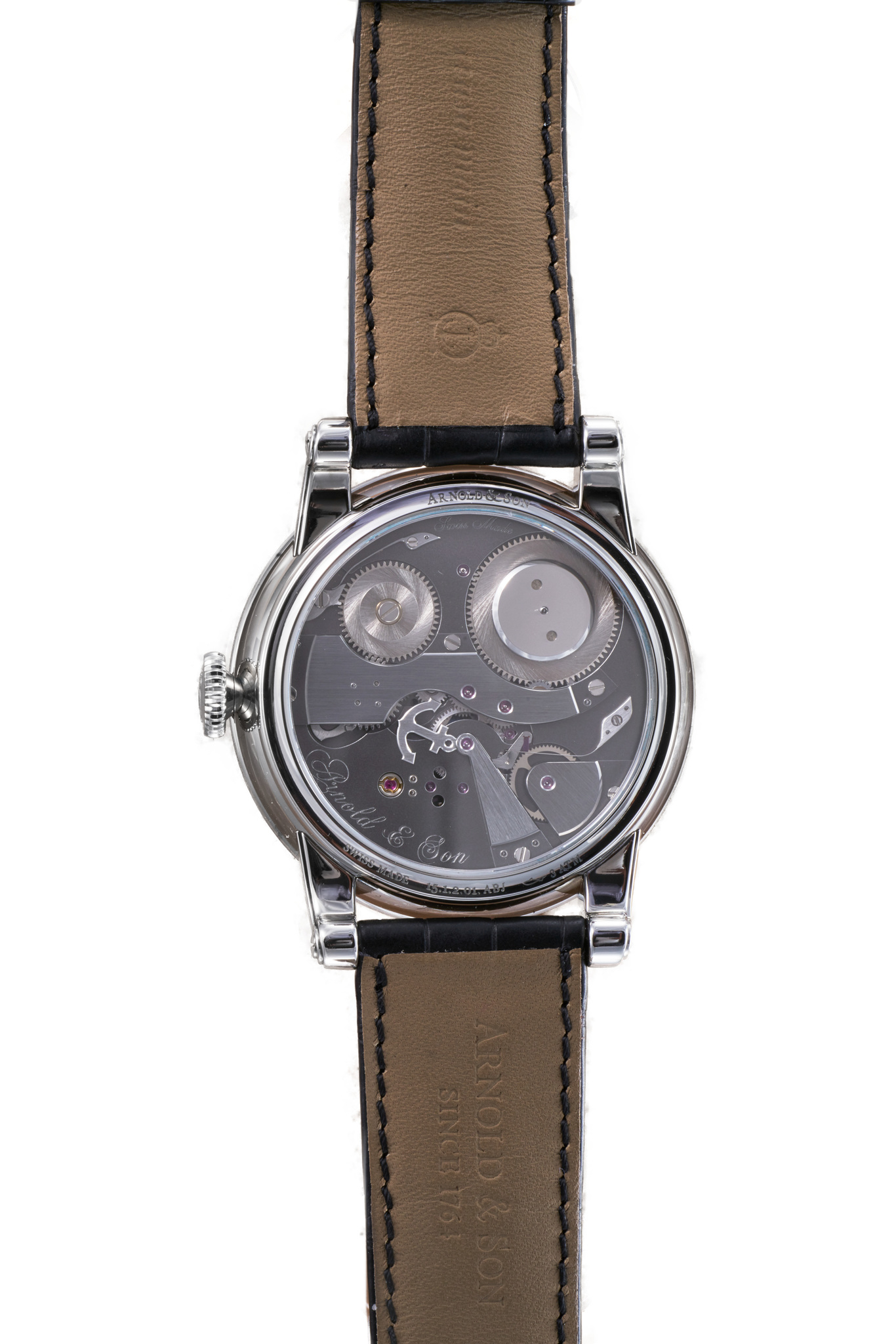 Arnold & Son, “Royal Collection”, “TB88”
John Arnold was an exceptional watchmaker who had several major patents to his name and created a minor storm in precision timekeeping with the Arnold No. 36. This was the first-ever watch referred to as a ‘chronometer’, a term used to this day to denote a supremely accurate timepiece. The “TB88” is compelling proof that the brand has lost none of its appetite for innovative technology or precision timekeeping, all encompassed in distinctive English design for the Royal Collection.
The hand-wound, 32-jewel “A&S 5003” calibre unites all the technical and aesthetic characteristics of a classical Arnold chronometer. The letters “TB” stand for “True Beat”, a complication that permits the precision timekeeping required for navigation at sea. Unlike a conventional mechanical escapement, a “True Beat” escapement has an unusual single-pallet design that measures out time in complete one-second steps rather than the fractions determined by the balance frequency. This enables a navigator to determine the exact time and, consequently, his longitude.
The “TB88” is also a tribute to John Arnold’s earliest known pocket watch, of which the original case bears the number ‘88’. The number is replicated by the design of the movement in this latest model, with its perfectly symmetrical layout featuring the twin barrels at the top, the balance wheel between 4 and 5 o’clock and the “True Beat” seconds indicator between 7 and 8. The watch movement is ‘inverted’, which means that the intricate, technically interesting features are visible on the dial side of the movement instead of being hidden away on the reverse. This showcases the two barrels, which generate a full 100 hours’ power reserve when fully wound, and the Breguet overcoil balance spring. Bending and fitting the spring by hand is a delicate and highly skilled operation mastered by a precious few watchmakers.