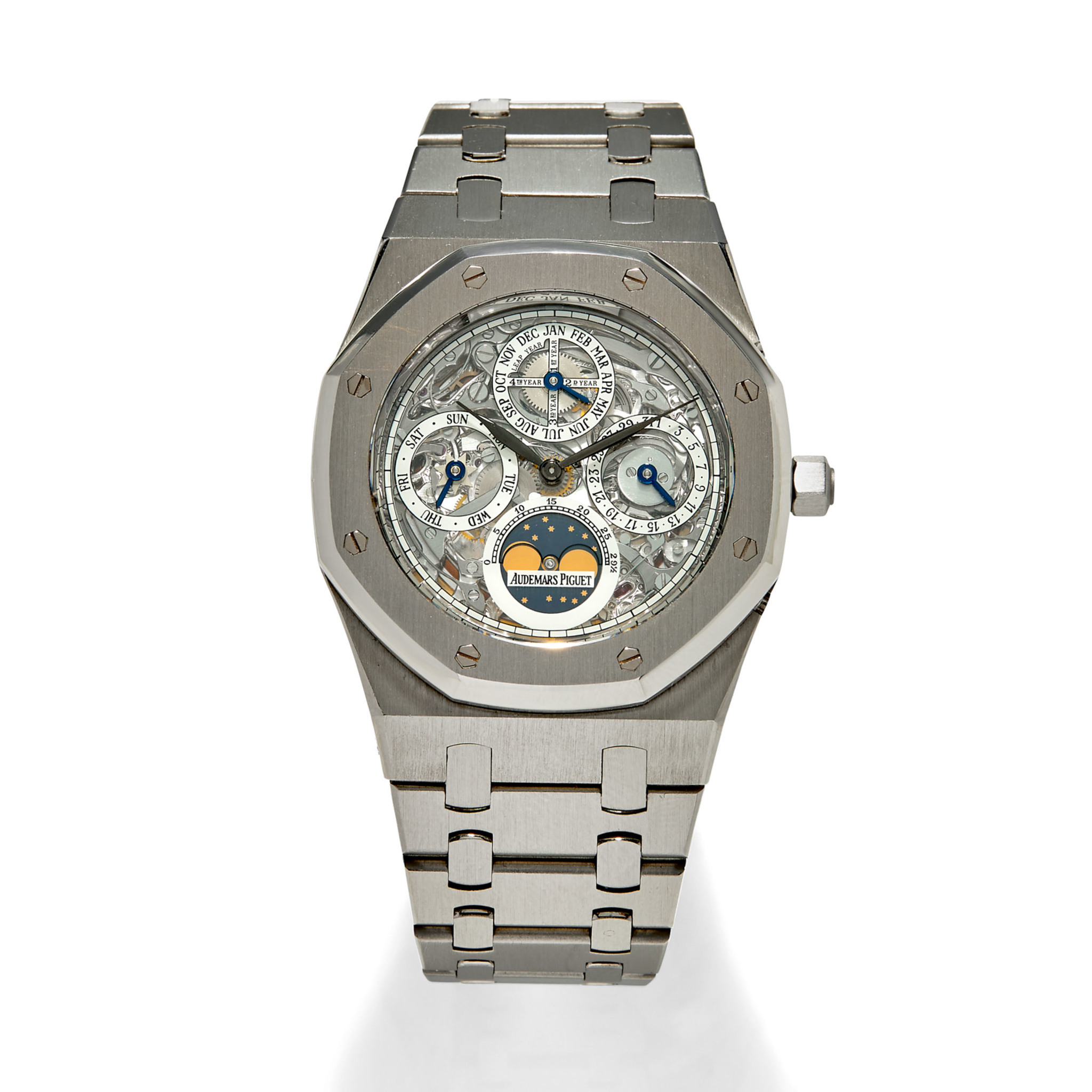 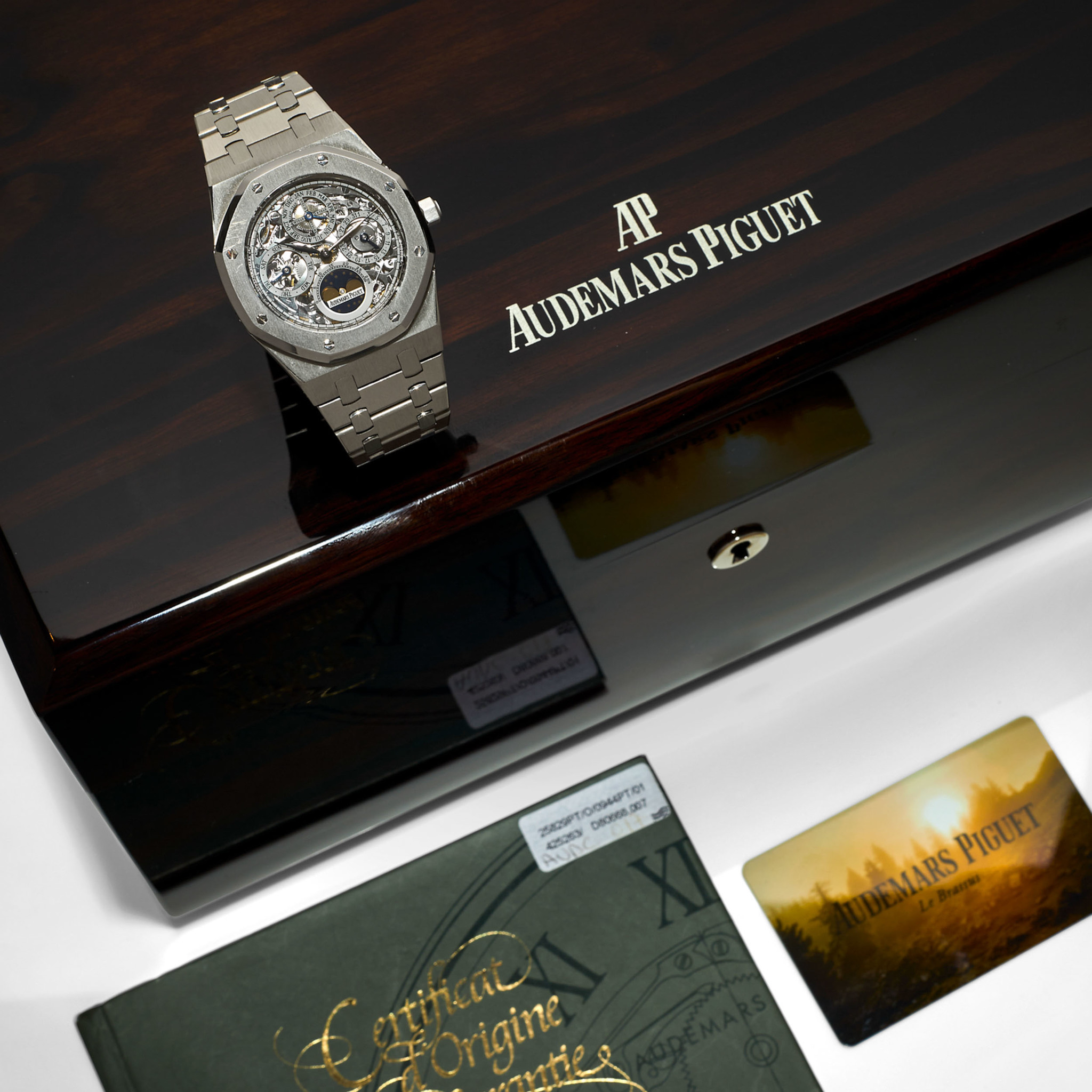 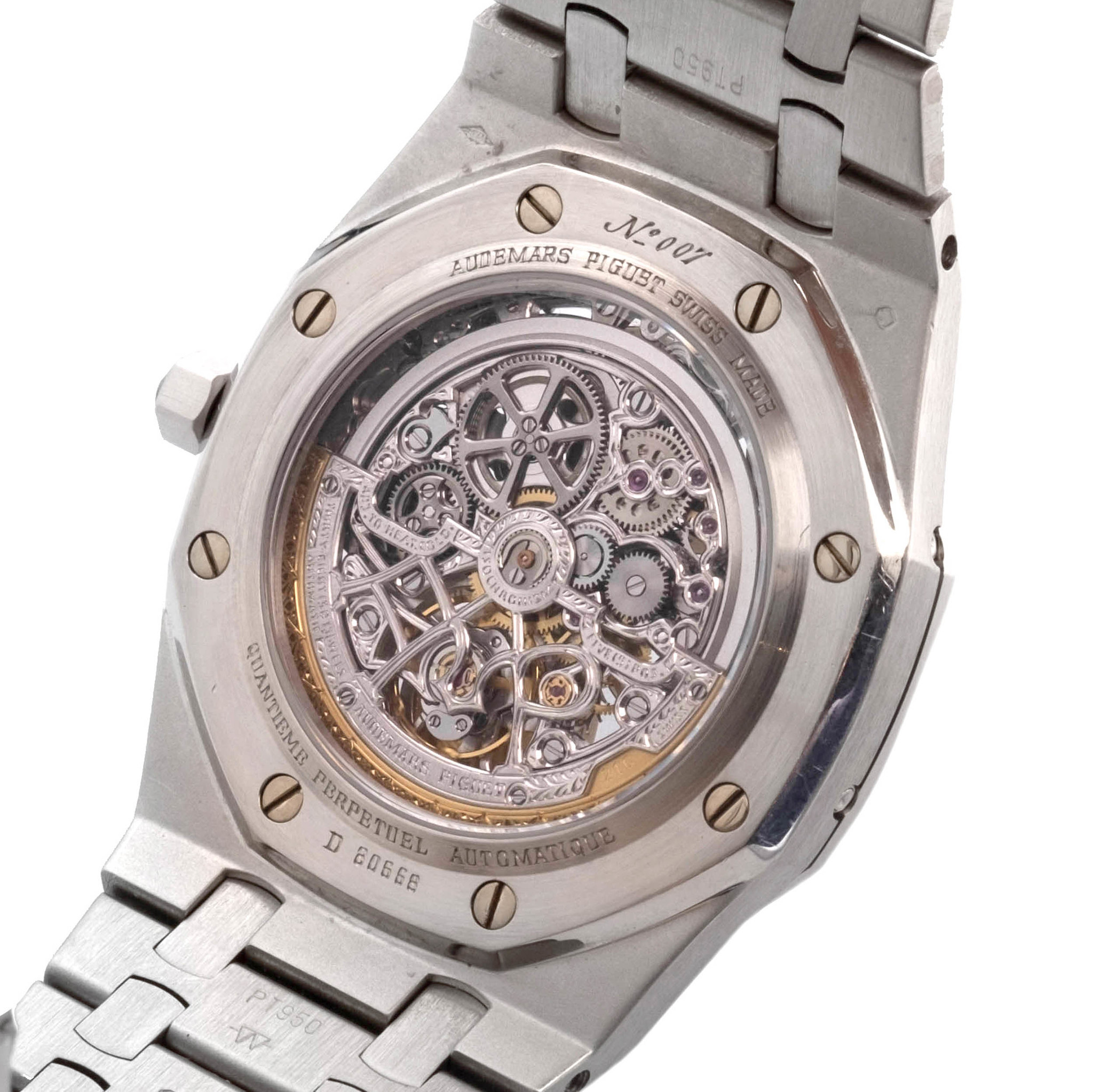 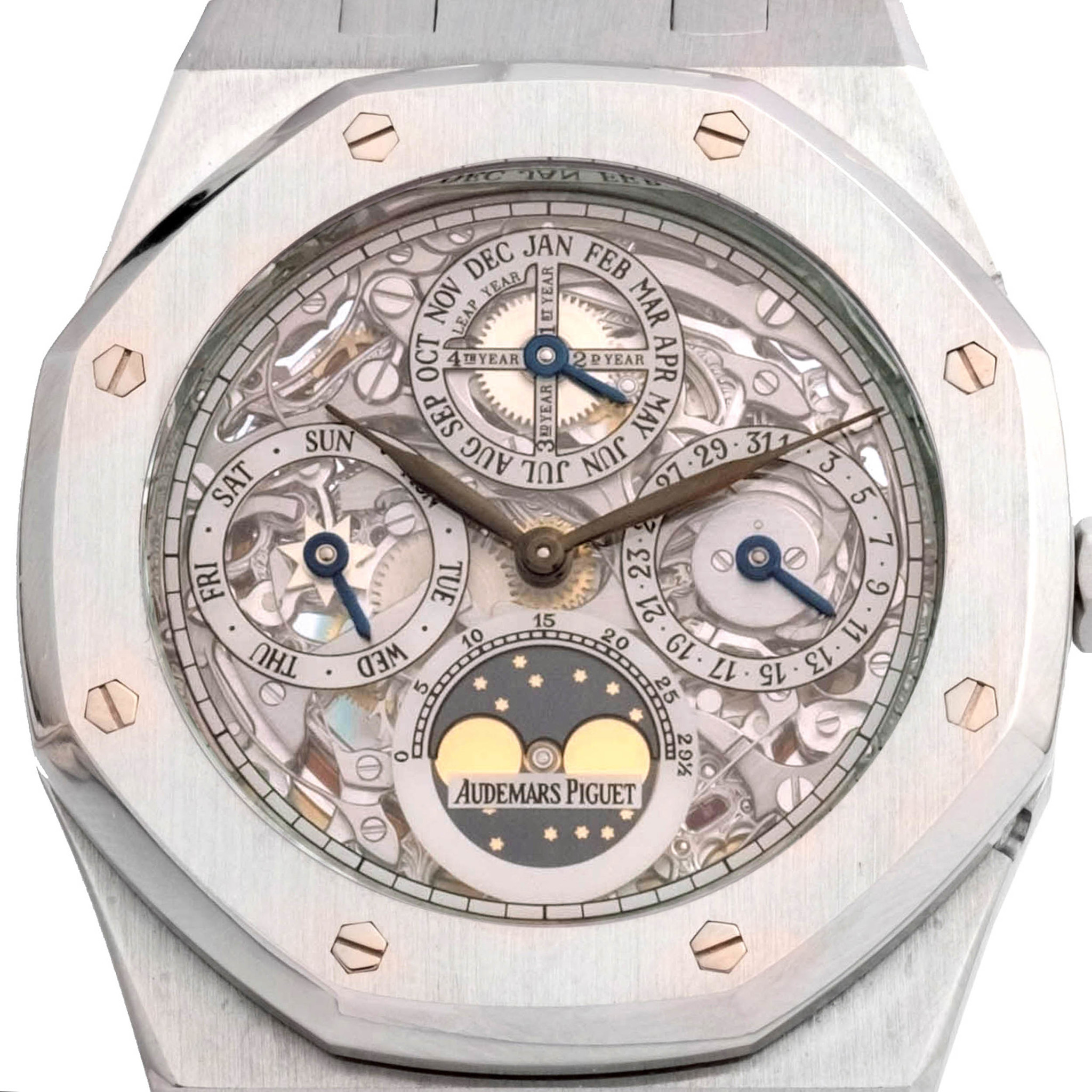 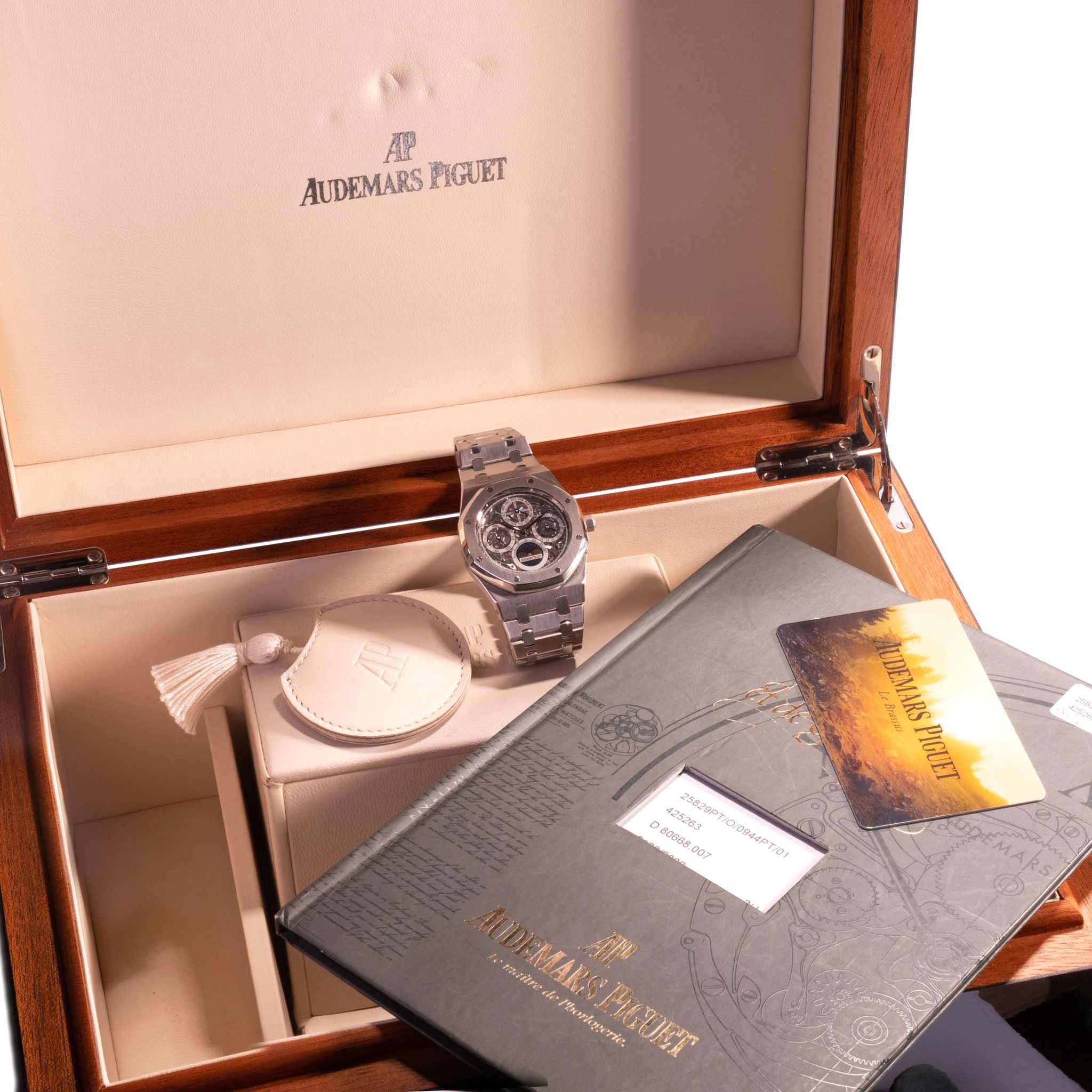 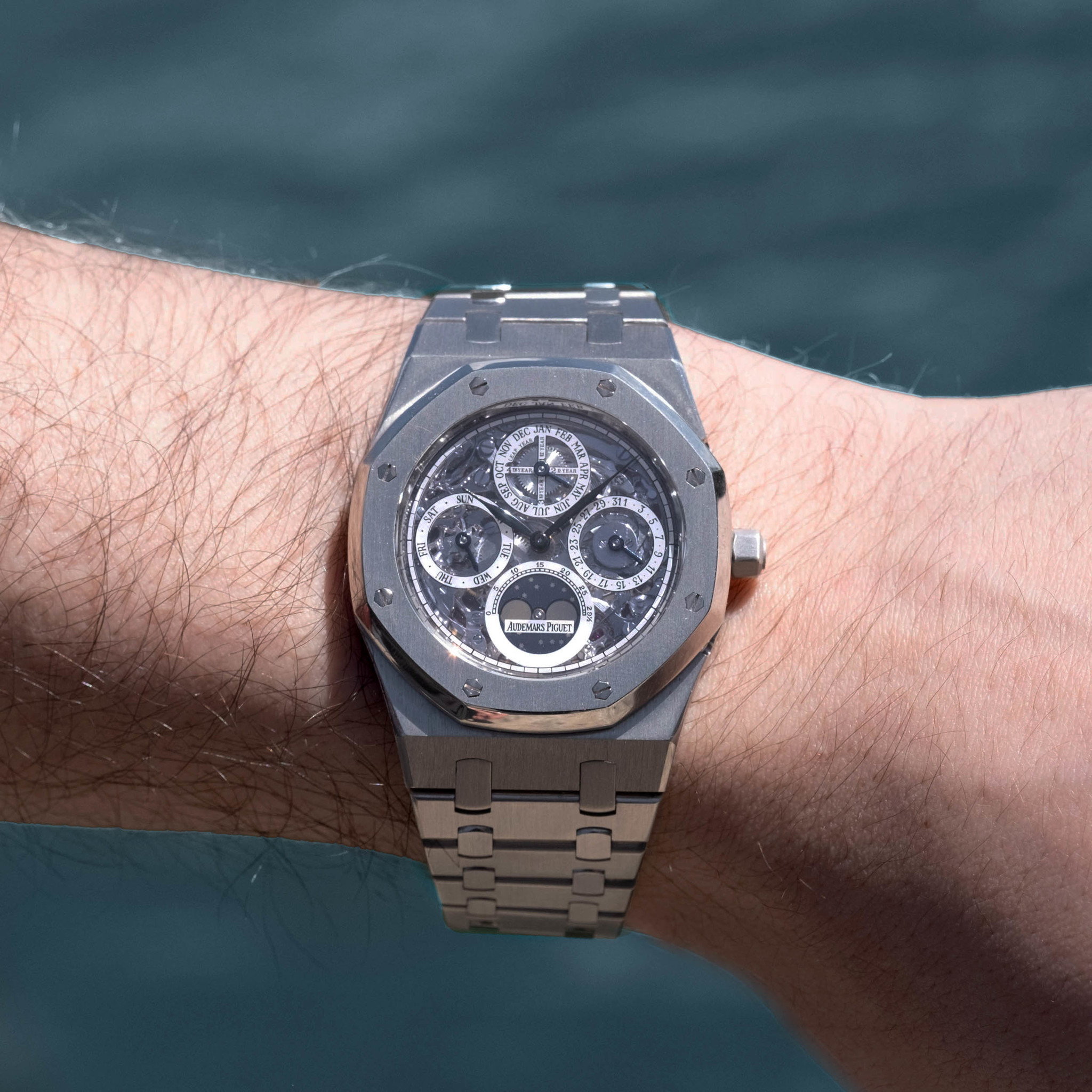 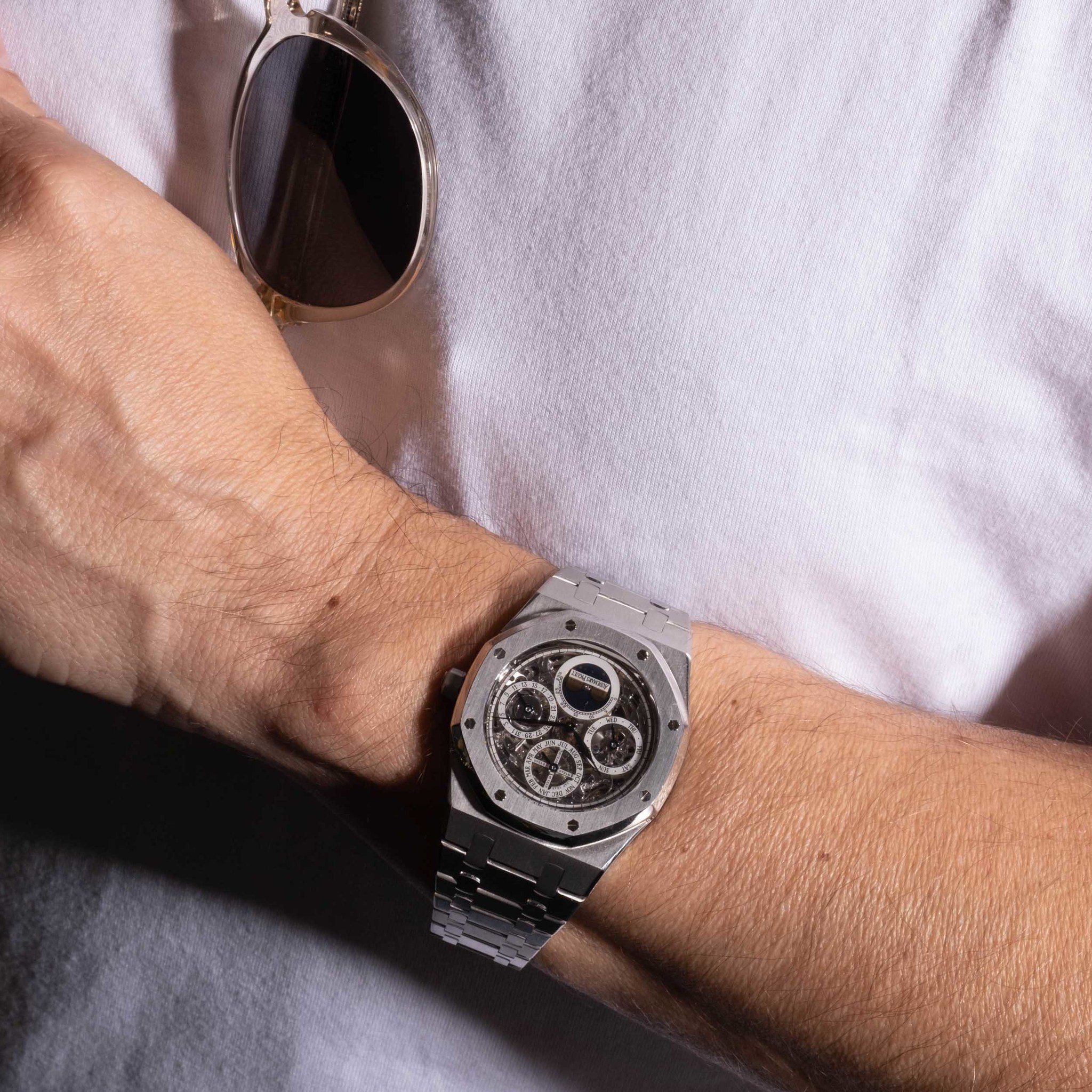 Audemars Piguet, “Royal Oak”, Ref. 25829PT
In December 1875, Jules-Louis Audemars formed a partnership with his childhood friend, Edward-Auguste Piguet. In 1881, the two watchmakers created officially Audemars Piguet & Cie based in the Vallée de Joux.
The “Royal Oak” was launched in 1972, after Audemars Piguet called on the genius of iconic designer Gérald Genta (1931-2011) to produce a wristwatch both elegant and sporty. Named after the famous English oak tree for Charles II, it is one of the first wristwatch designed by Genta. This timeless model is known in many variations.

The Ref. 25829PT was released in 1990s, a skeleton perpetual calendar upgraded with a leap year indication on the 12 o’clock , which is the marvellous proof of Audemars Piguet know-how. It was produced in stainless steel, platinum, 18K yellow gold, 18K rose gold, and in a three-tantalum combination with platinum, rose gold and yellow gold.