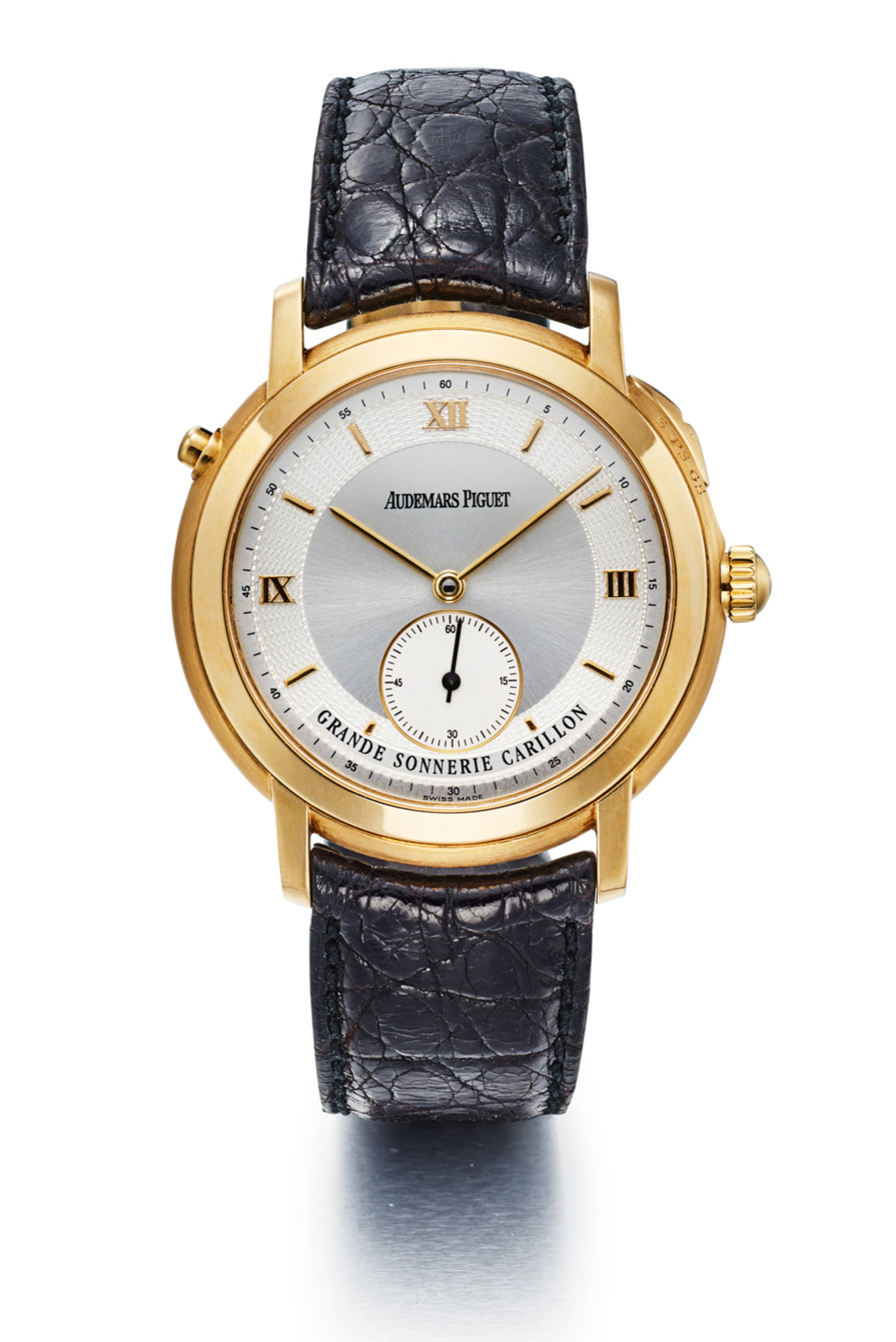 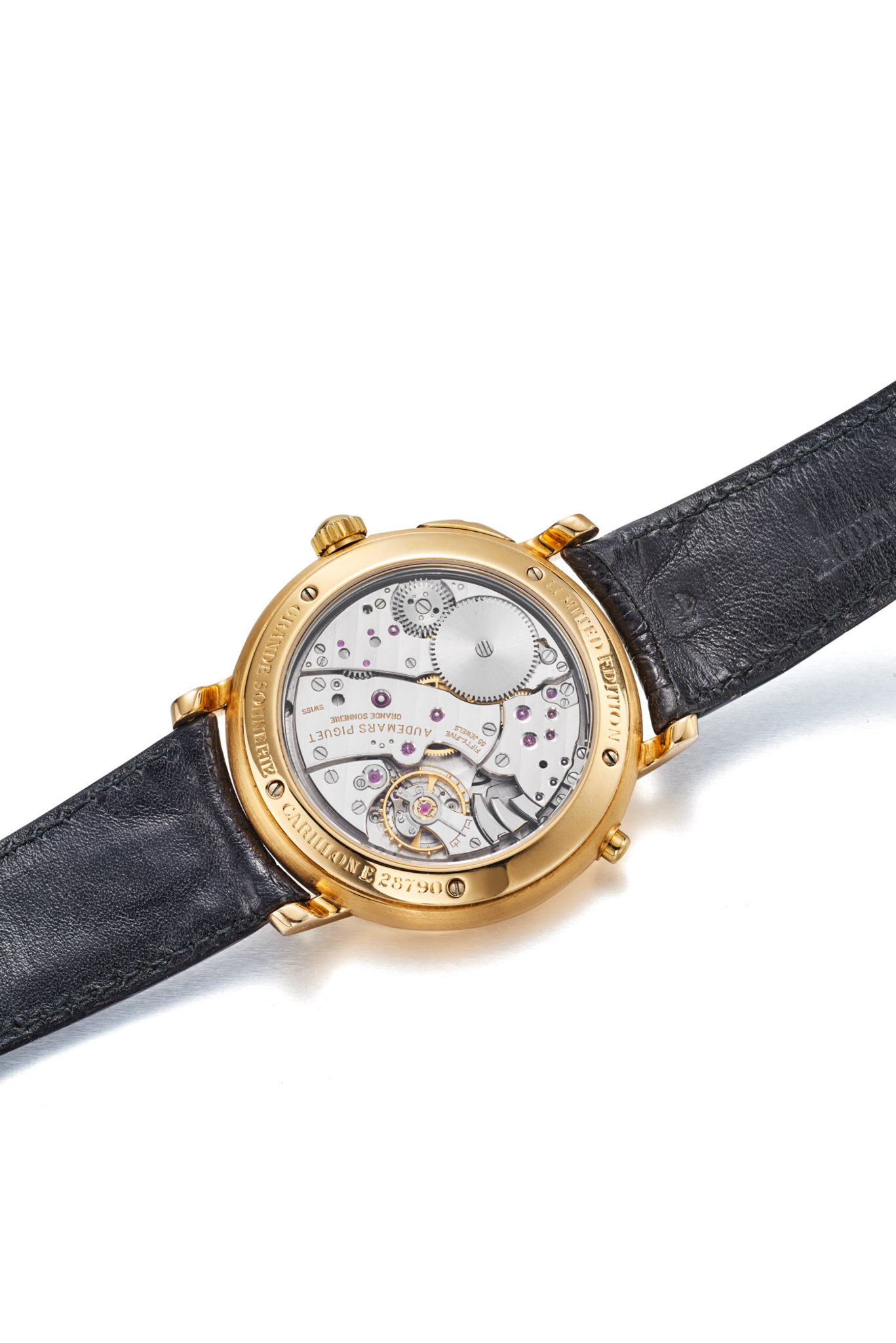 Audemars Piguet’s Grande Sonnerie A Grande Sonnerie timepiece not only strikes the time on request as a traditional repeater will do, but it can also initiate a striking sequence simply via the passage of time. • In the Grande Sonnerie position, the watch chimes the hour and also the quarter every 15 minutes, like a bell tower or chiming clock. This is why they also referred to as “clock watches”. • In the Petite Sonnerie position, it only strikes the full hour. • In the Silent position, it does not chime at all. Audemars Piguet, “Grande Sonnerie Carillon” with Cal. 2890 The Ref. 25936 BA with guilloché (engine-turned) dial, fitted with the Cal. 2890, “Grande Sonnerie Carillon” minute-repeater, was produced between 1997 and 1999 at only 13 examples and sold between 1997 and 2001, with different materials cases: • 5 examples in 18K yellow gold; • 4 examples in 18K pink gold; • 2 examples 18K white gold; • 1 example in platinum; • 1 example in titanium. Audemars Piguet Cal. 2890 The Cal. 2890 was produced in 48 examples only and was fitted in different reference case numbers. The fact to produce a Grande and Petite Sonnerie minute-repeater who strikes on three different gongs, so-called Carillon, is so technically sophisticated that for a very long time it was unthinkable for it to be included in a wristwatch. However, this technology underwent a number of developments at Audemars Piguet, beginning in the mid-1990’s. Bibliography • Chaille, François, Audemars Piguet, Le maître de l’horlogerie depuis 1875 – Master Watchmaker since 1875, Paris, Edition Flammarion, 2011, chapter “Striking Mechanisms”, pp. 148-152. • Vivas, Sebastian, & Friedman, Michael L., Audemars Piguet 20th century, Complicated Wristwatches, Le Brassus (Vallée de Joux), Editions Audemars Piguet, 2018, chapter V, “Rebirth beyond the quartz crisis”, part 4, “Repeaters since 1992”, pp. 262-263, and “Appendices”, pp. 293 and 303.