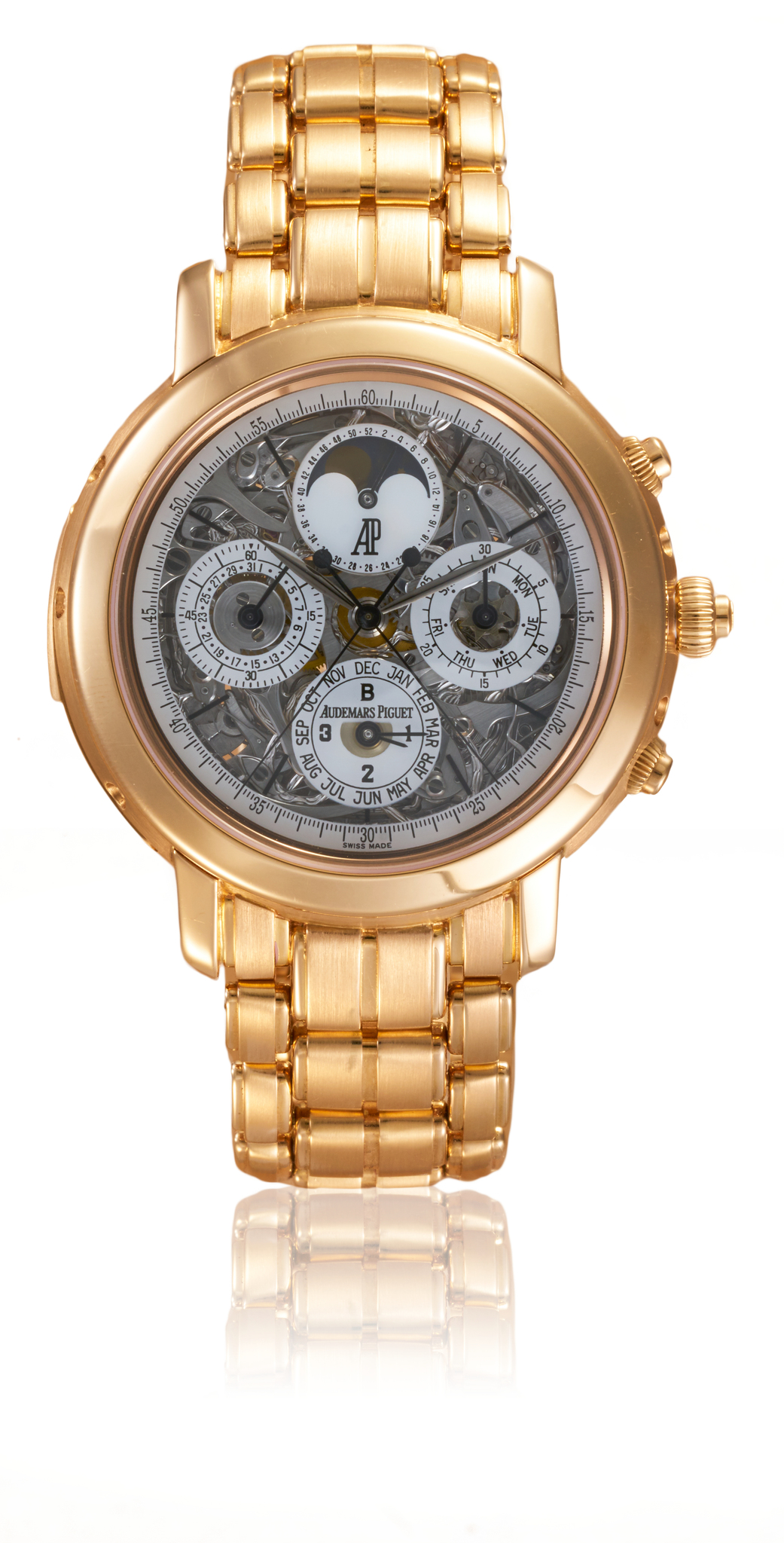 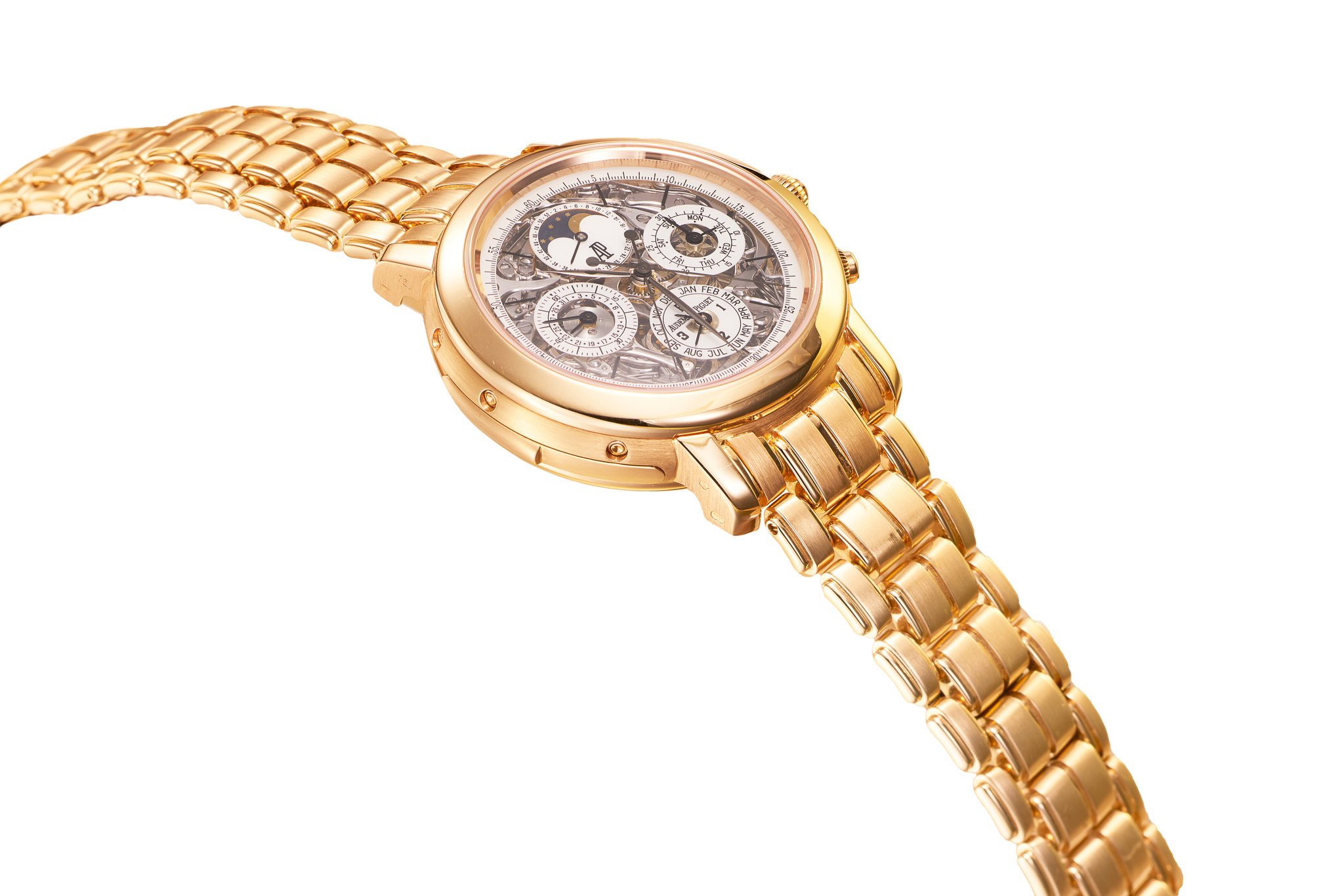 This watchmaking masterpiece is a continuation of the Calibre 2880, launched in 1992, and listed as “Triple Complication”. The main difference between the two movements is the addition of the split-seconds mechanism on the most recent one.

Calibres 2880 and 2885 achieved the great task of integrating a triple complication mechanism (i.e. repeater, chronograph and calendar) into the small space of a wristwatch case. At Audemars Piguet, this technology had previously been restricted to pocket watches. Before this tour-de-force, watchmakers had never imagined combining in such a small space, and even less so adding in a self-winding system.

The production since 2002 is not documented by the manufacturer for the moment.

“Assembly, adjusting and casing up a calibre 2880 or 2885 require between four and six months of the utmost concentration combined with immensely rare skill of experience. Furthermore, the watchmaker who assembled this piece will be responsible for its maintenance and repair right throughout his or her career in the Grande Complication workshop. In the same spirit as the Grande Complication pocket watches of the late 19th century, every component, even those entirely hidden, are hand-finished with the utmost expertise, care and dedication to the preservation of the traditional arts.”

The pieces, like the present watch, which are fully skeletonized are even rarer because they require extra months of work to cut and engrave the components.