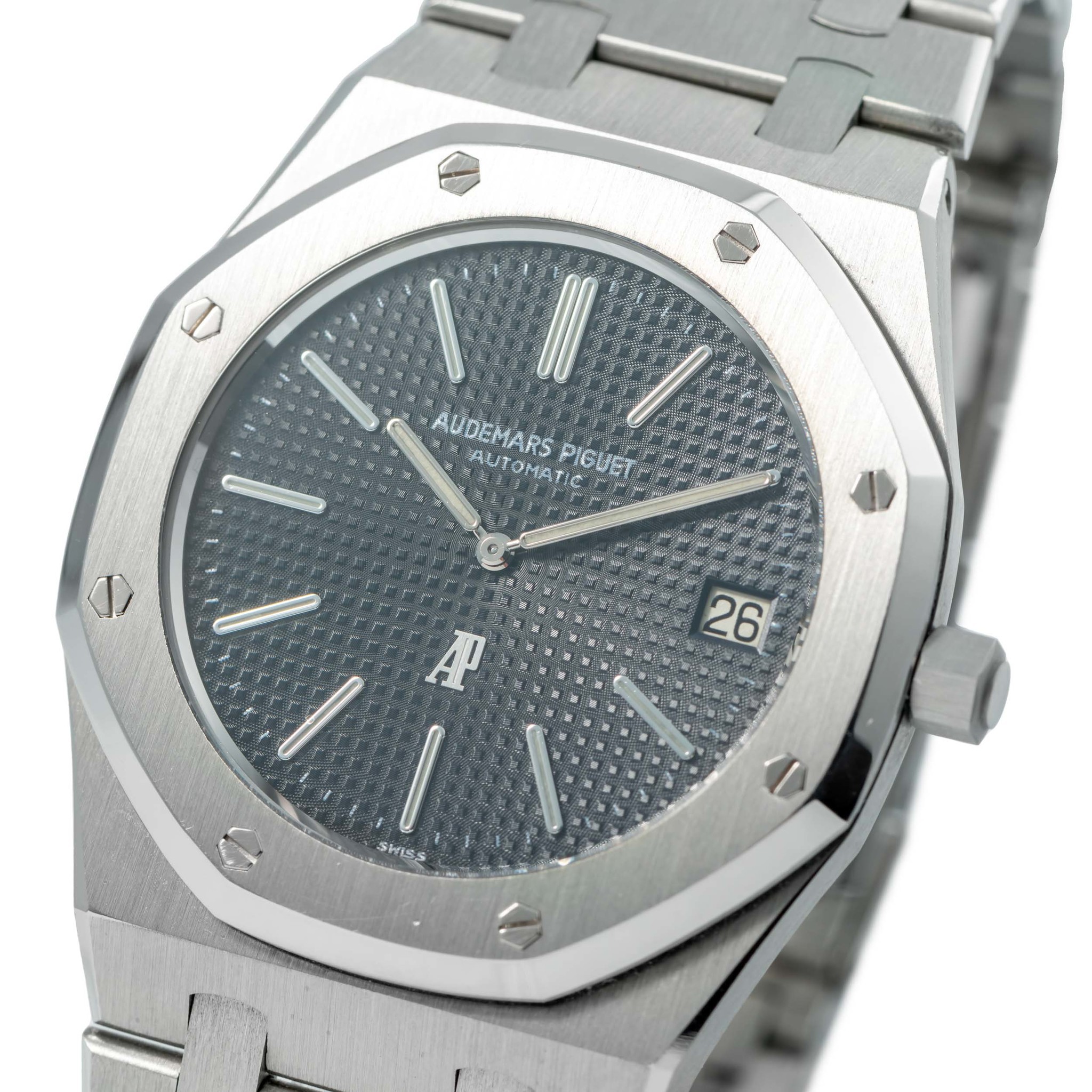 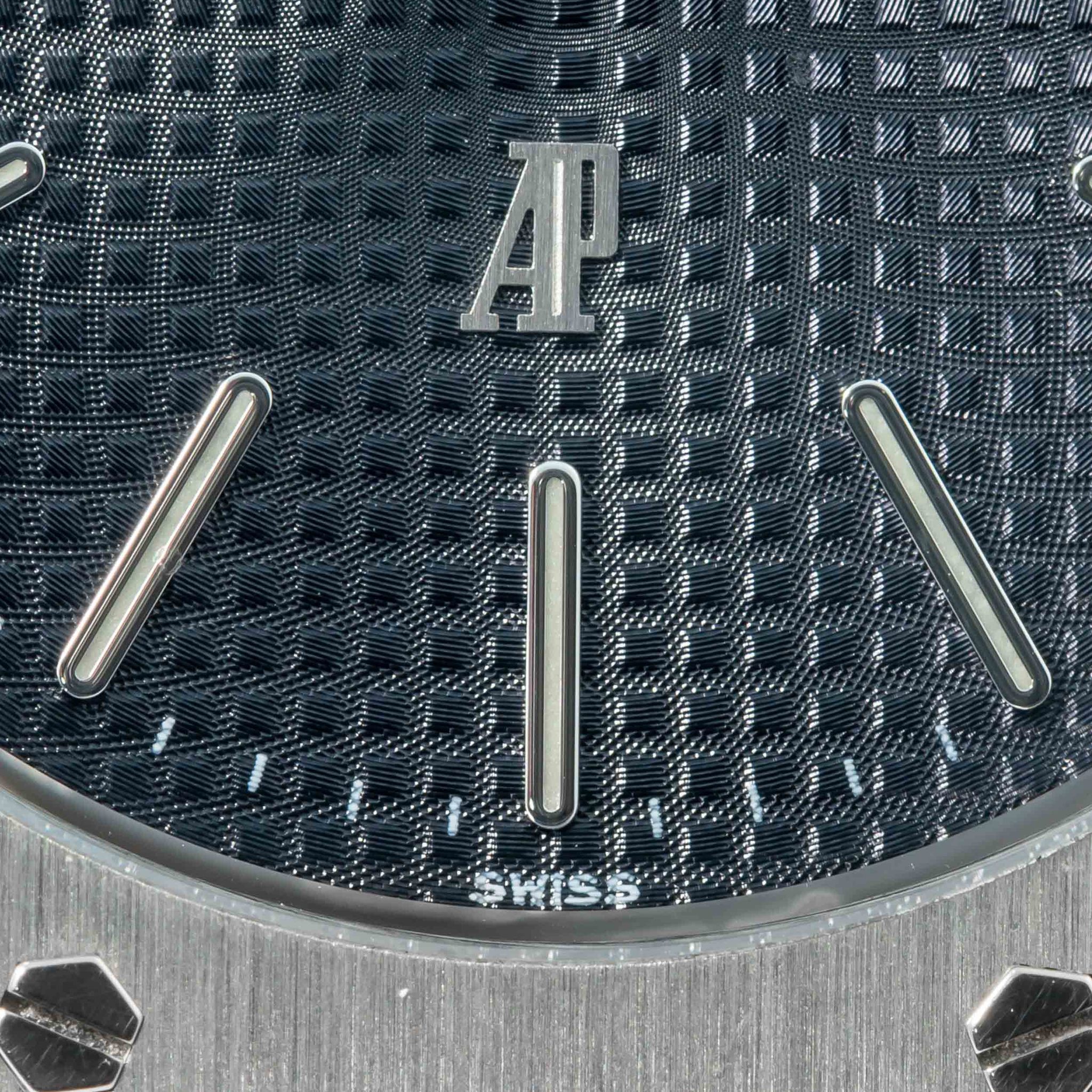 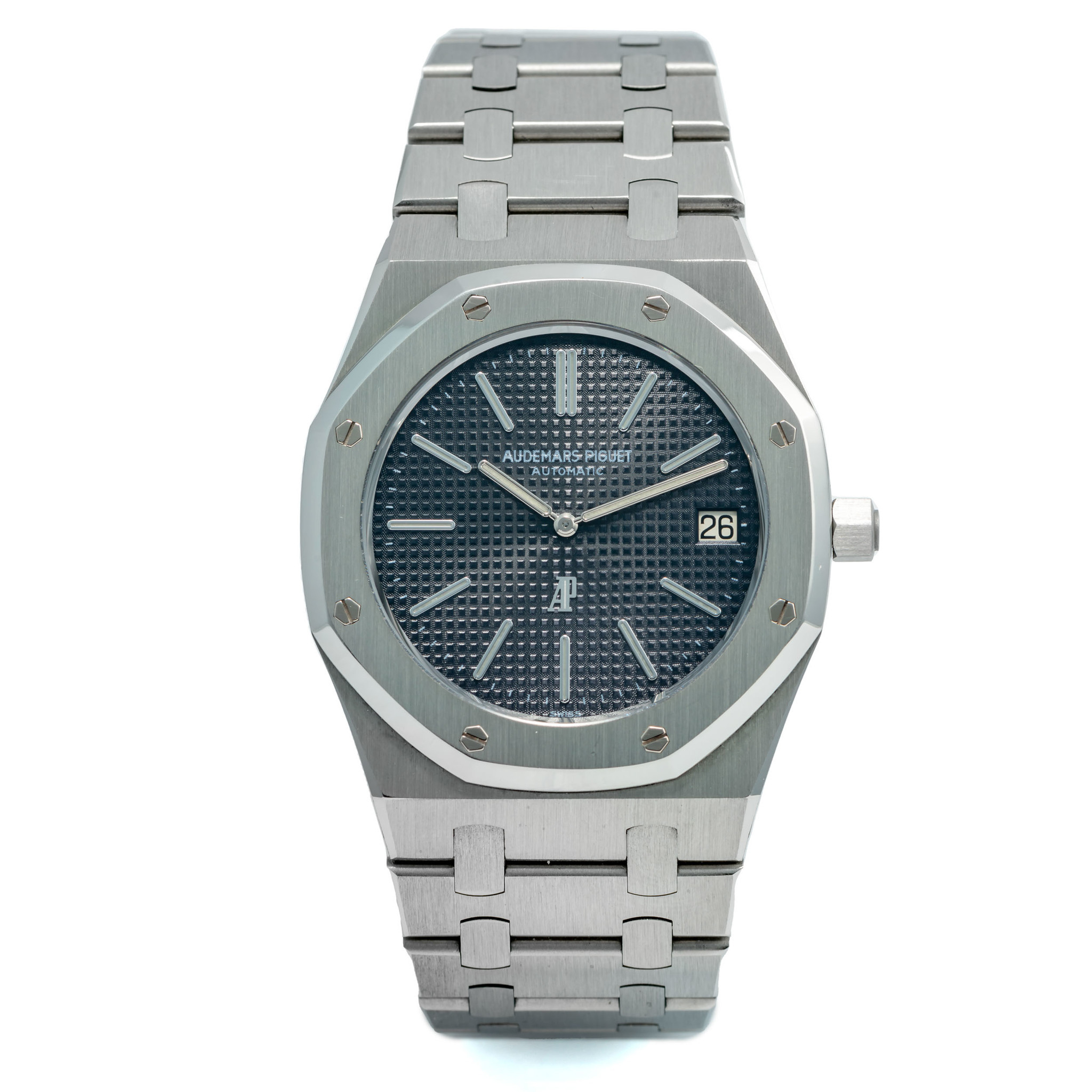 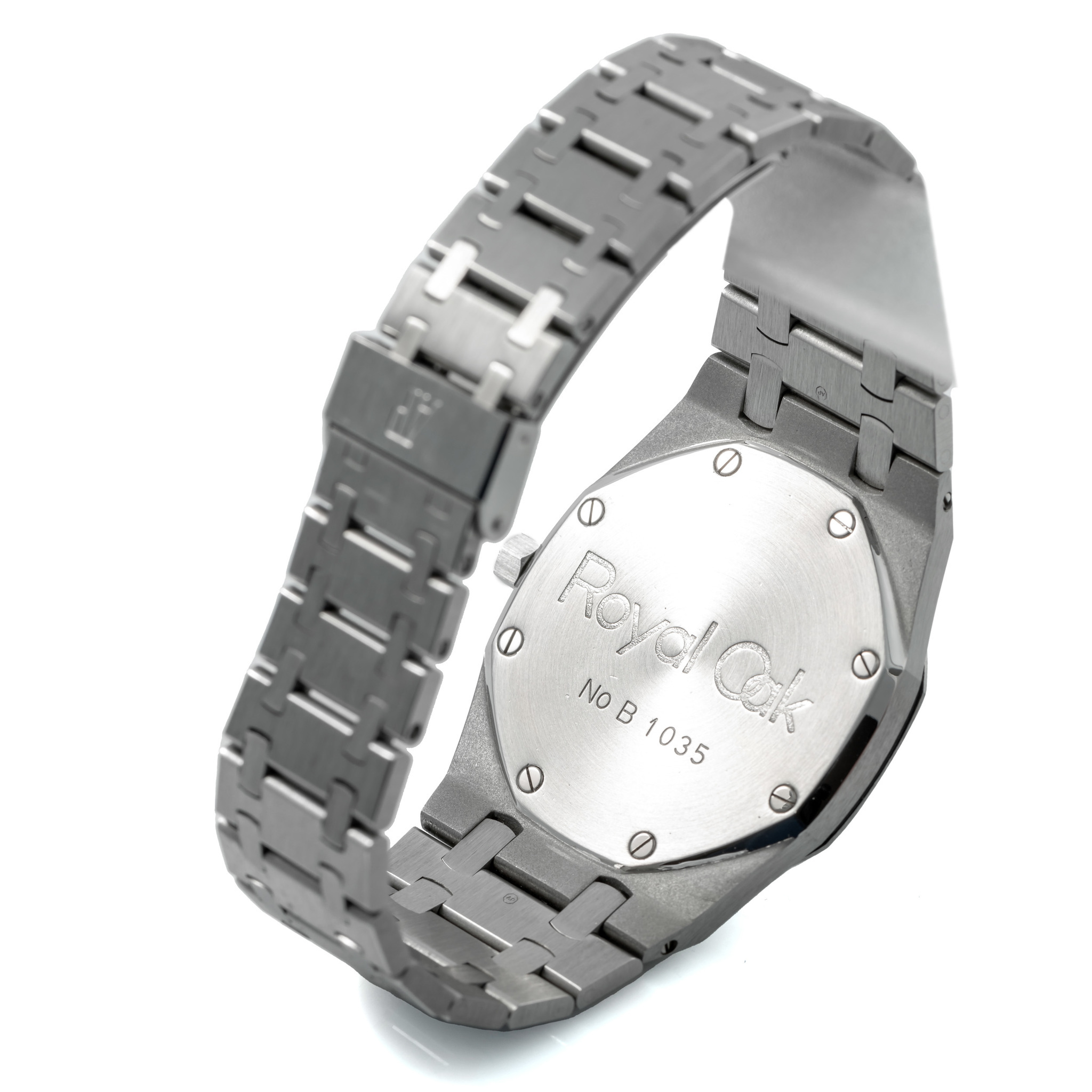 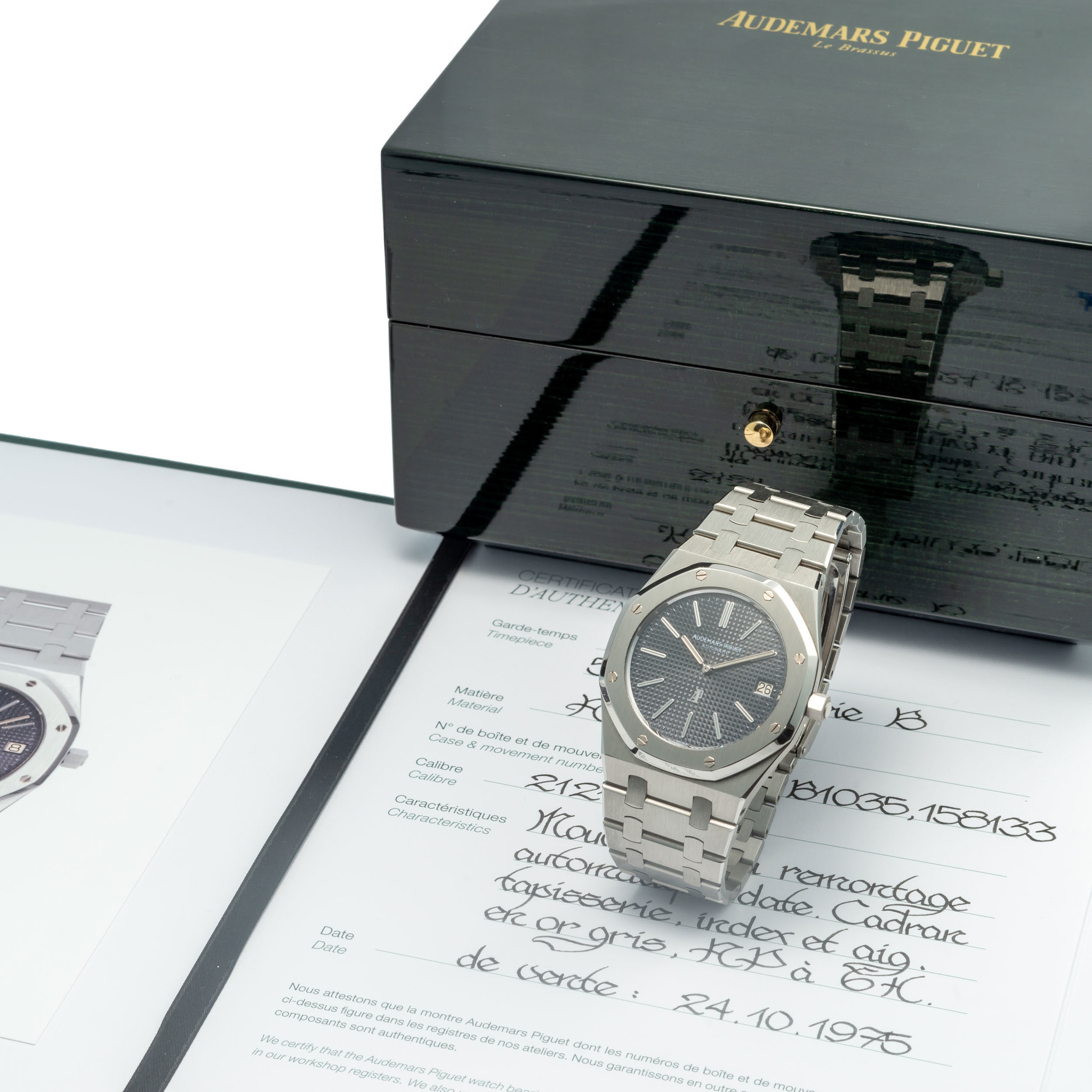 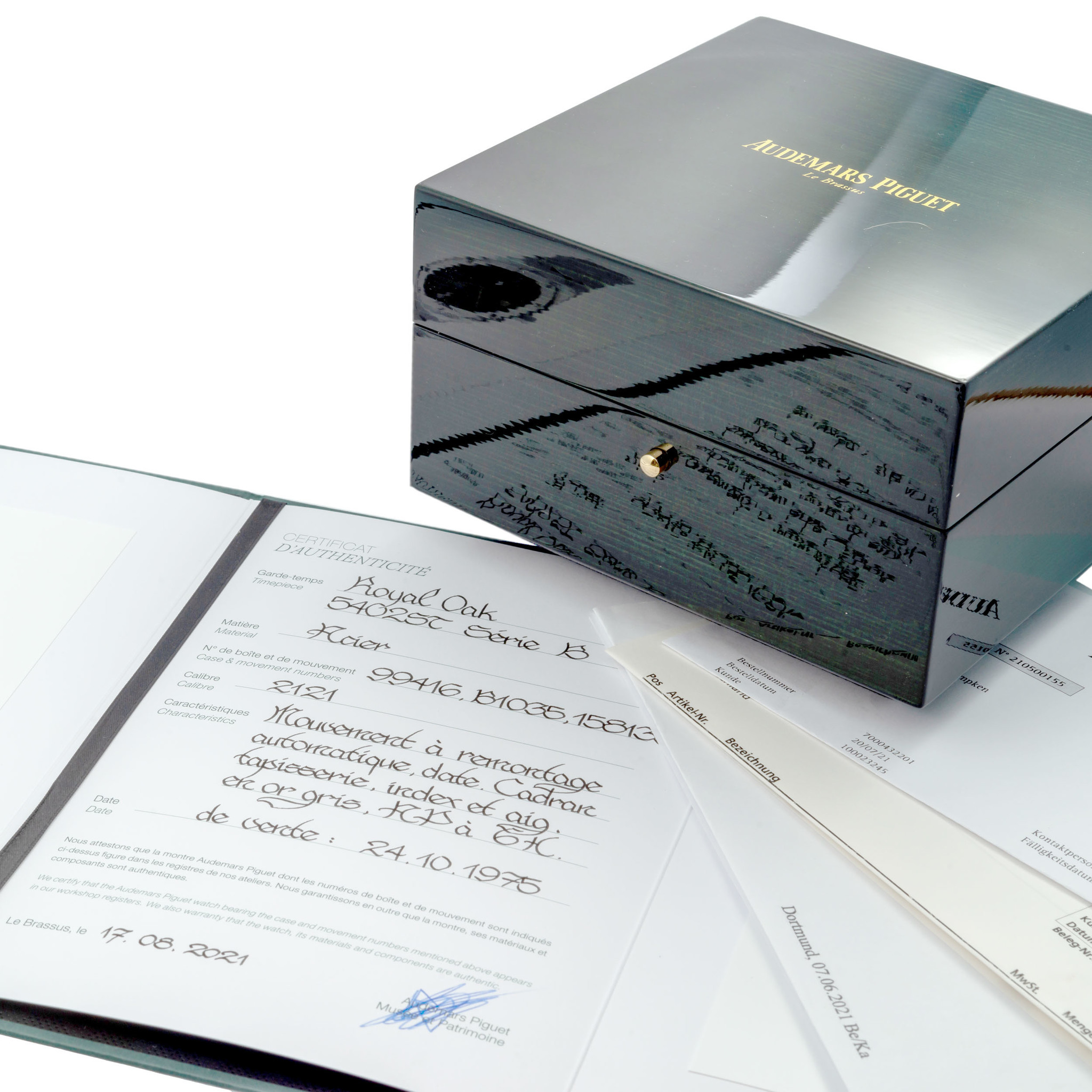 Audemars Piguet, “Royal Oak”, Ref. 5402
In 1972, Audemars Piguet introduced the “Royal Oak” wristwatch with a first batch of 1 000 pieces, called “Série A” due to the letter “A” engraved on their case-backs. Two years later, additional series were produced under the Ref. 5204 with the letter “B”, “C” and “D”.
The A-series “Royal Oak” is powered by the ultra-thin AP calibre 2121, derived from Jaeger-LeCoultre’s legendary ultra-thin JLC 920 movement.
Designed by the brilliant Gérald Genta (1931-2011), this timepiece bears witness to the 1970s and the emergence of the notion of the sport-luxury watch.
The feature making this watch exceptional is the patinated “caramel” “tapisserie” dial.
--

Where does the name “Royal Oak” come from?

At a time when his enemies were in hot pursuit, the future King Charles II of England found refuge in a large hollow oak tree where he lay concealed for some time.
This “Royal Oak” came down in history as the symbol of a powerful force protecting a precious life: as in the case of the four vessels of the Royal Navy, launched in 1802, 1852, 1892 and 1914 that where named after it;
as in the case of our watch which conceals under its armoured case, the most valuable of mechanisms.
What over name could have been more suitable?