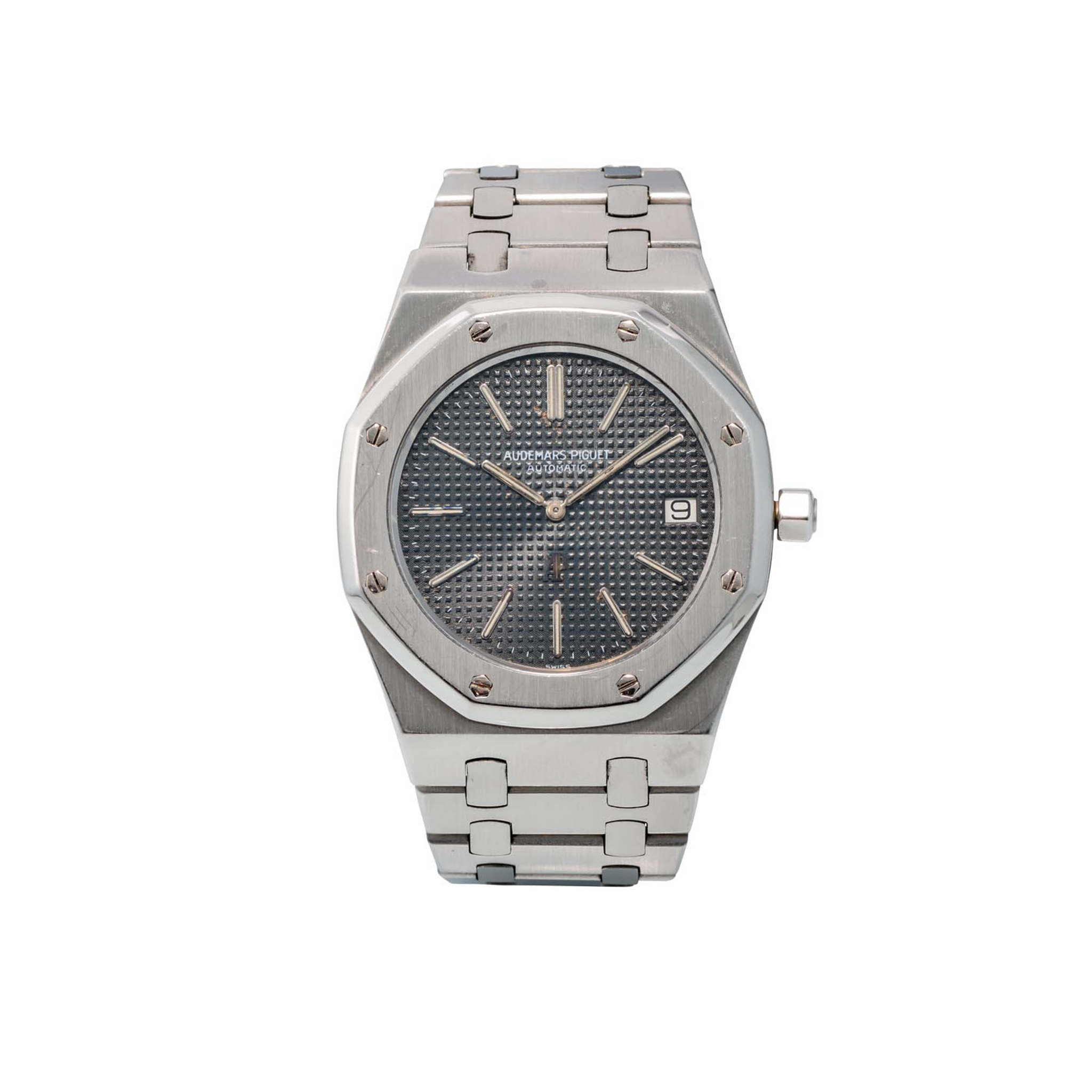 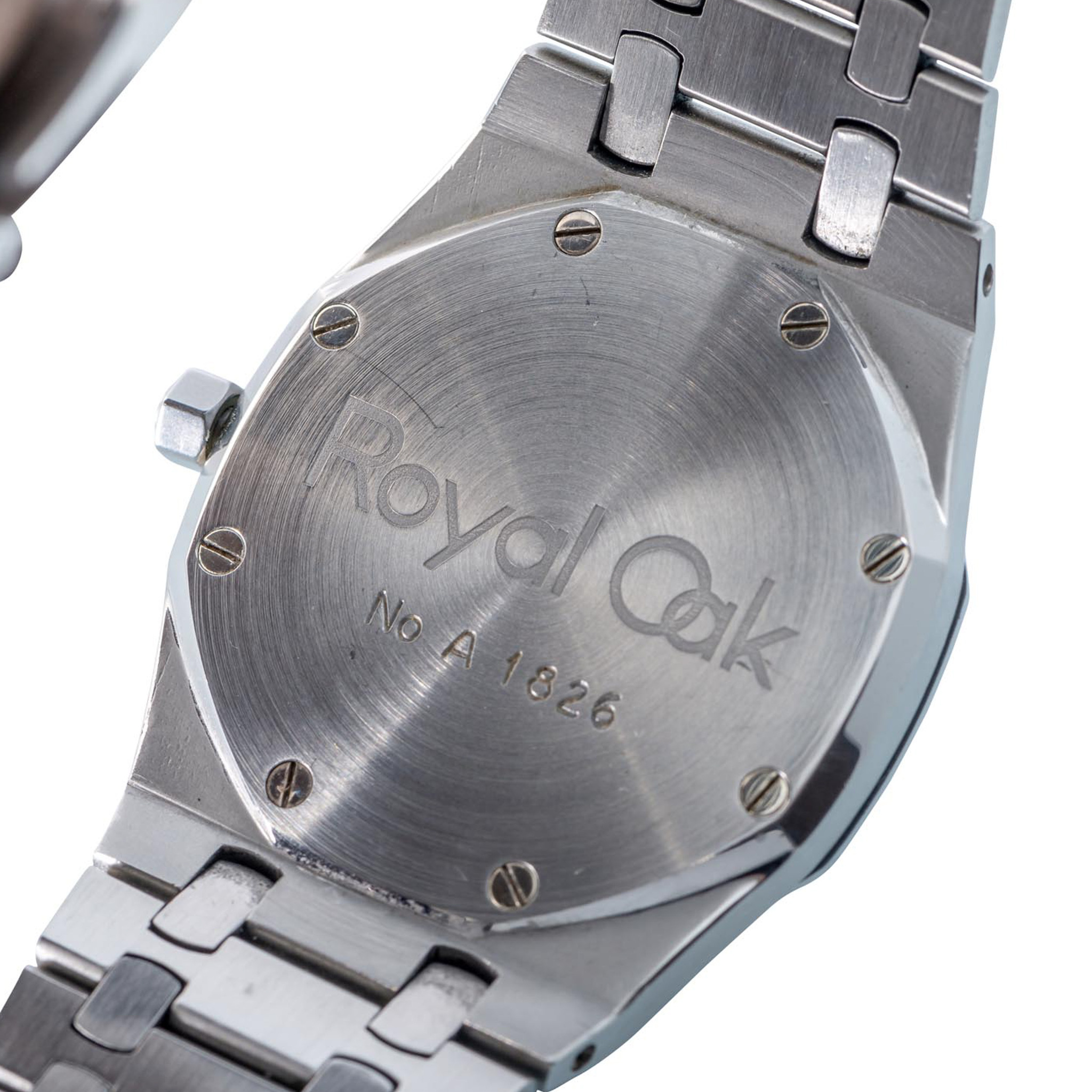 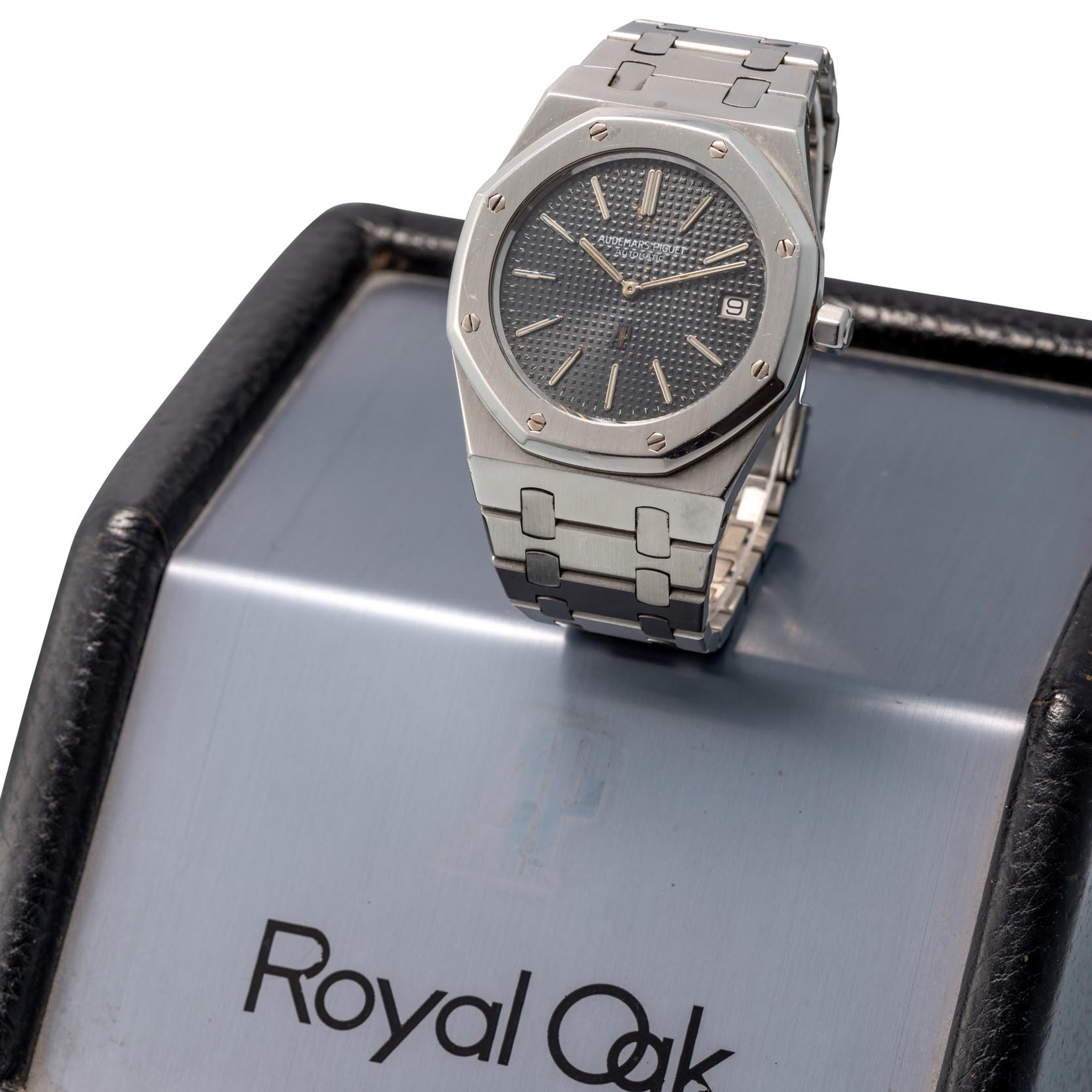 In December 1875, Jules Louis Audemars formed a partnership with his childhood friend, Edward Auguste Piguet. In 1881, the two watchmakers created officially Audemars Piguet & Cie based in la Vallée de Joux. The Royal Oak was designed in 1971, after Audemars Piguet called on the genius of iconic designer Gerald Genta to produce a wristwatch both elegant and sporty. Named after the famous English oak tree for Charles II, it is one of the first wristwatch designed by Genta.
In 1972, Audemars Piguet introduced the Royal Oak with a first batch of 1’000 watches called “serie A” due to the letter A engraved on their caseback. Two years later, additional series were produced under the ref. 5204 with the letter A, B, C and D. Therefore, if originally planned as a run of 1,000 units, the ref. 5402 was eventually produced in 6,050 units, sold between 1972 and 2002. Total sales of the Royal Oak serie A is 1,937 watches numbered A1–A1999, soldbetween1972 and 1989. According to correspondence with the manufacture, the wristwatch was sold in France, in 1975.
The present example has an original “A-serie” dial featuring a Petite Tapisserie (meaning small tapestry) design and the AP logo at 6, instead of 12 as it will be later.
But, beyond a visual revolution, the brilliant accomplishment of Genta and Audemars Piguet is to have created a watch whose case became one with the bracelet. This was made possible by minimizing the space in the case, thanks to the K2121 caliber. For a long time, this was the thinnest mechanical automatic rotor movement in the world.
The Royal Oak is undoubtedly one of the most iconic and timeless sports luxury model in the contemporary watchmaking industry.
To the best of our knowledge, this lot is fresh to the market; indeed, according to the consignor, he purchased this watch in 1975 and kept it ever since.