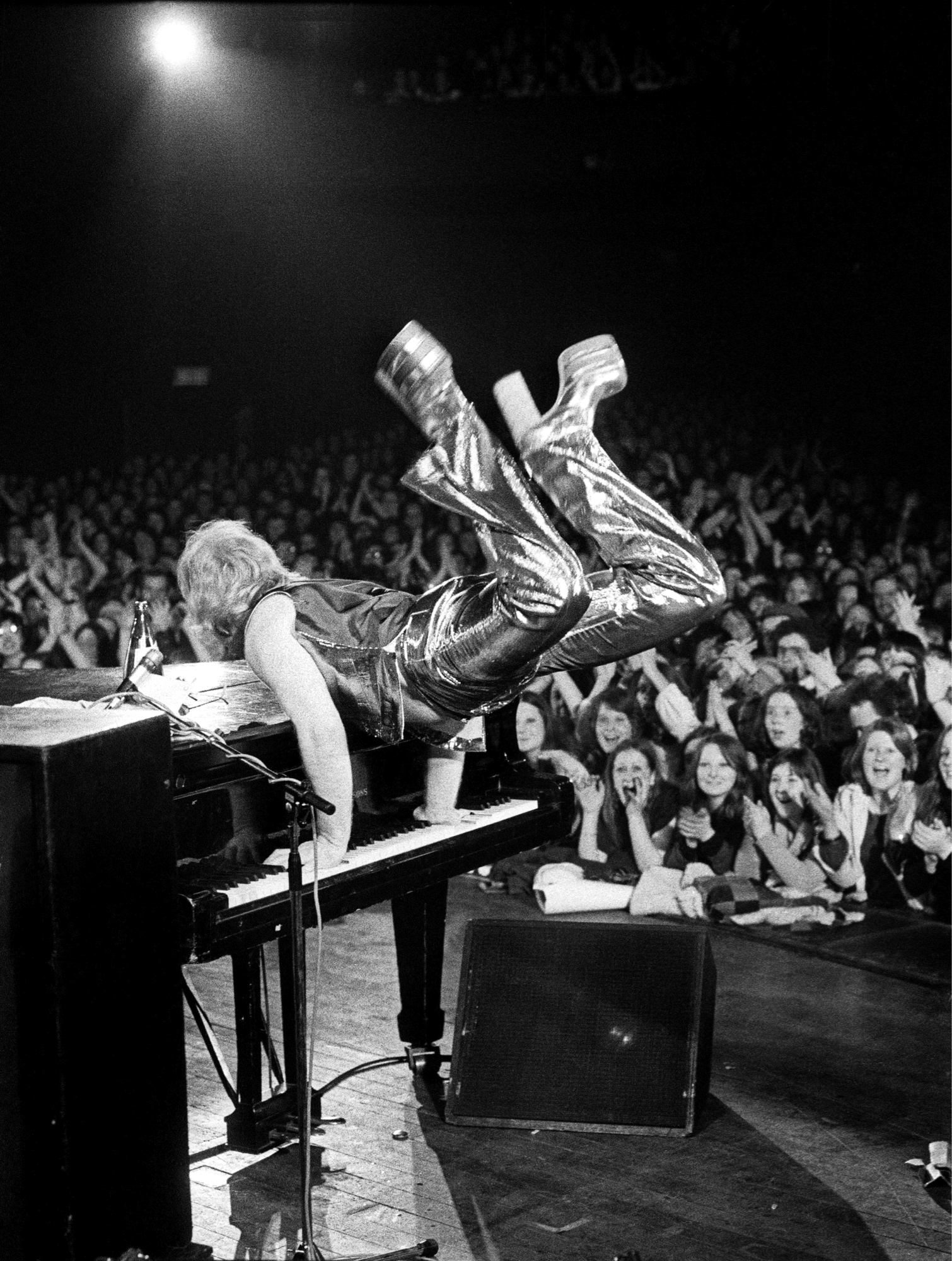 ELTON JOHN, NORTH LONDON, 1973
Sundown Theatre, Edmonton
LINER NOTES Bryan Forbes, the English filmmaker and neighbor of Elton's came along to this gig and filmed the performance, so at least there was good lighting and Elton was in great form. He was performing "Crocodile Rock" in this picture. I'd done Elton's first photo shoots as a solo performer after he left Long John Baldry's band and had a hard job to get him to loosen up. A couple of years later he was doing acrobatics at his piano, which would have made Jerry Lee Lewis envious. Ed Careff, a photographer whom I admired, inspired this "jump" shot. Elton showed me some of Ed's photos from his first American tour and there was this great shot of him jumping. "I was playing and just started having fun letting go," he later said.-Barrie Wentzell
SIZE 16" x 20"
MEDIUM Silver gelatin print.
VALUE $1,700 - $2,300
STARTING BID $1,300