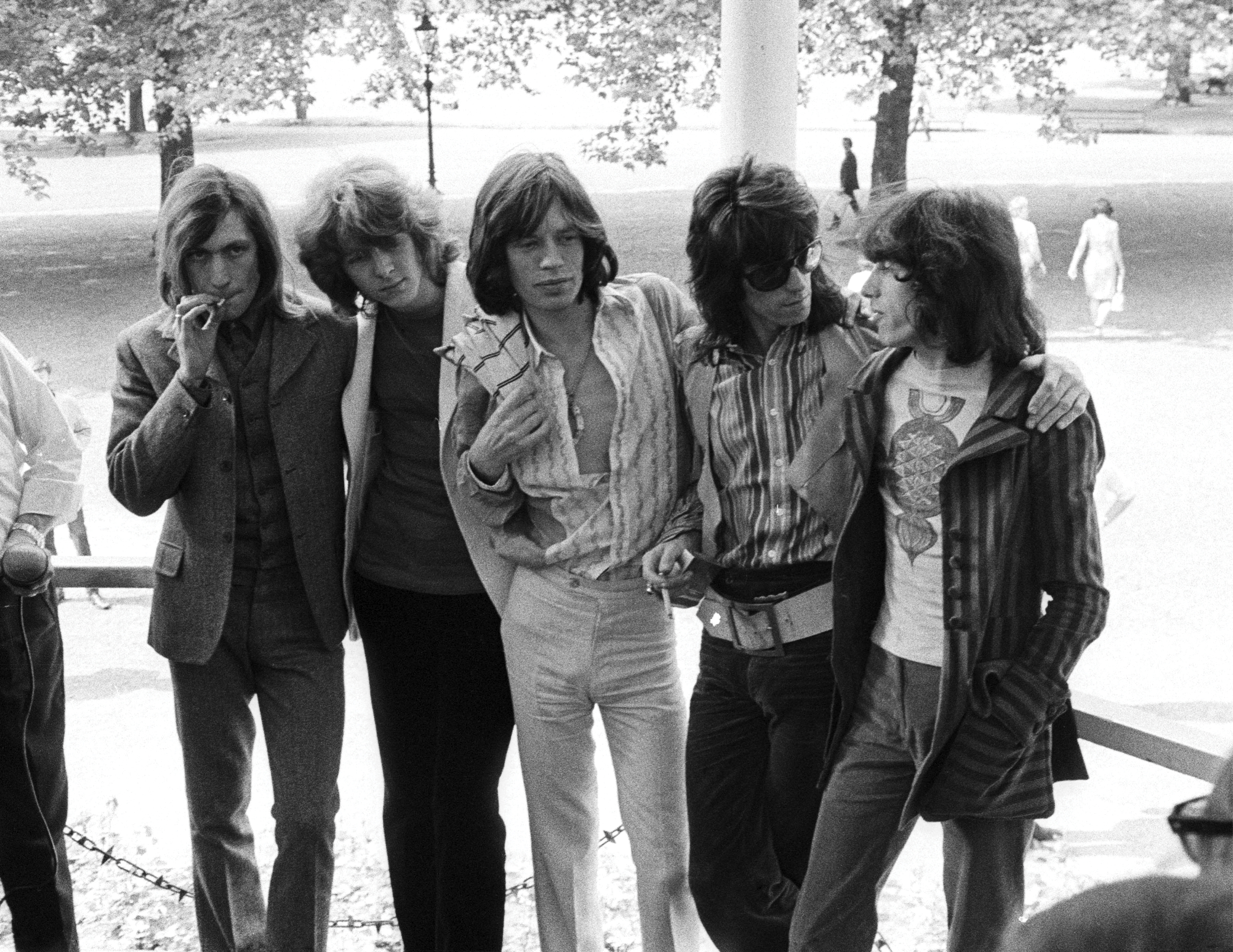 THE ROLLING STONES, LONDON, 1969
Hyde Park
LINER NOTES A week before the free concert, the Rolling Stones had a photo call in Hyde Park to introduce Mick Taylor as the replacement for the late Brian Jones. As legend goes, Mick Jagger asked veteran bluesman, John Mayall who he thought was the best guitarist to fill this vacancy. John recommended Mick Taylor who been playing in John Mayall's Bluesbreaker. I remember the shoot was more like a 'rugby scrum' trying to get a picture while elbowing and fighting through 20 or so other photographers and journalists just to get this picture. -Barrie Wentzell
SIZE 20" x 24"
MEDIUM Silver gelatin print.
VALUE $2,300 - $3,000
STARTING BID $1,750