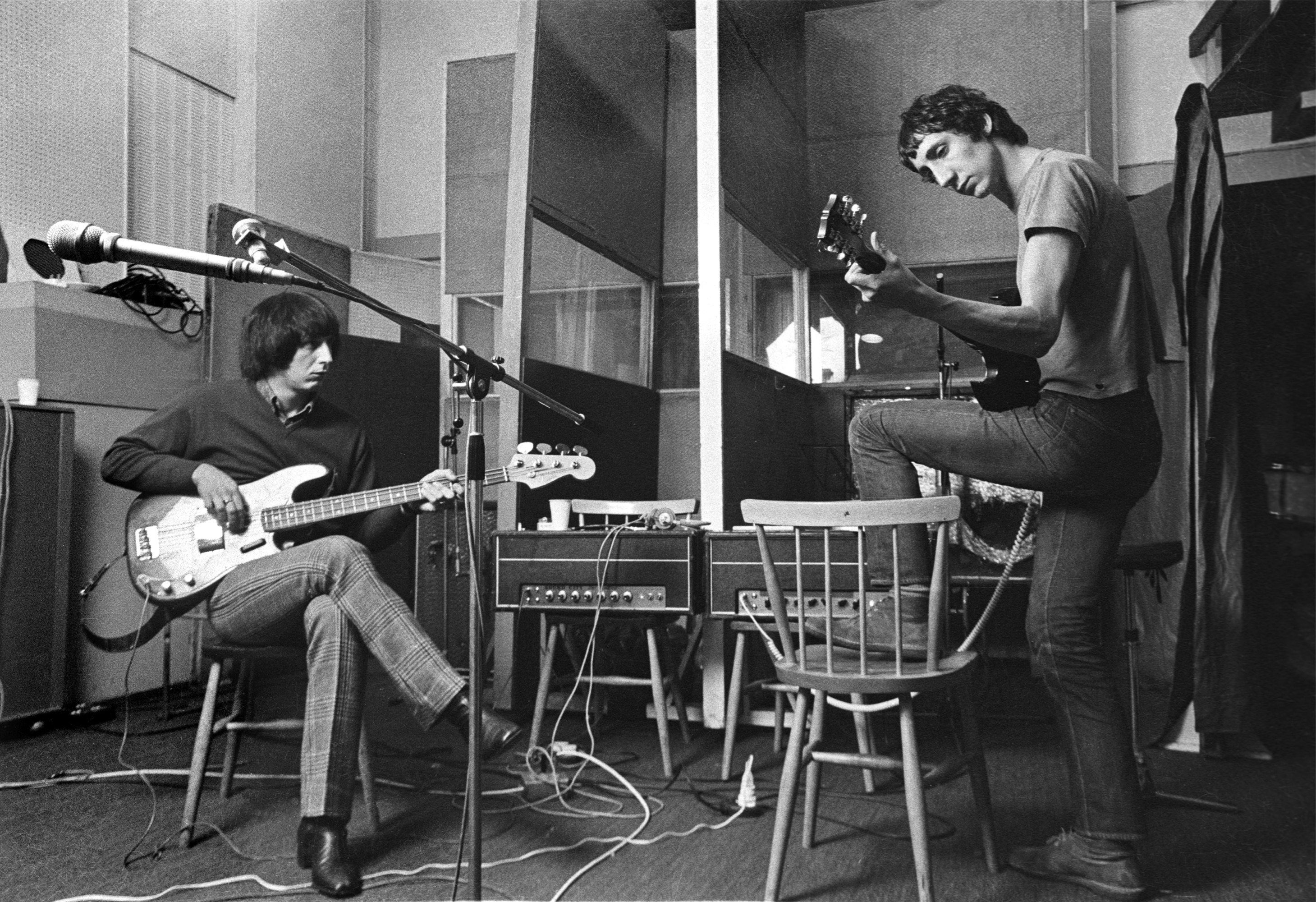 JOHN ENTWISTLE & PETE TOWNSHEND, LONDON, 1968
IBC Studio, Upper Regent Street
LINER NOTES Earlier in May 1968 we did an interview with Pete Townshend where he said he was planning a 'rock opera' about a deaf, dumb and blind boy. I thought he'd gone 'cuckoo' but a few months later I went over to IBC Studios and found him and the rest of The Who deep into recording Tommy. It was sounding amazing and I had to quickly reassess my doubts and became a believer! I spent a few hours just hanging in and got a lot of pics of the group hard at work, even Mr. Moon was sober. This photo of John and Pete is of bass and guitar riff overdubbing. -Barrie Wentzell
SIZE 20" x 24"
MEDIUM Silver gelatin print.
VALUE $2,300 - $3,000
STARTING BID $1,750