Fine and very rare, stainless steel DLC coated, rectangular wristwatch, with black dial; made in a limited edition of 102 pieces. 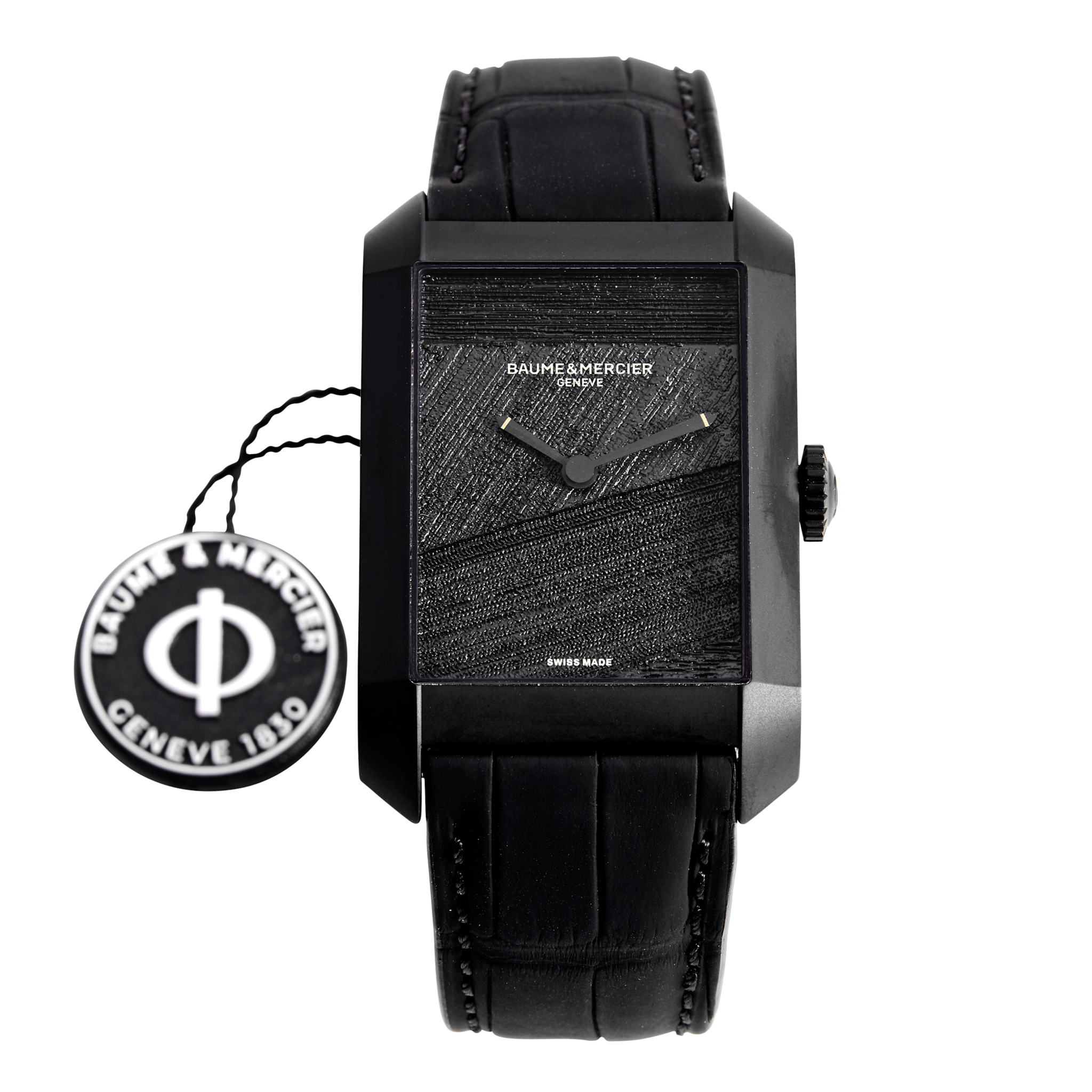 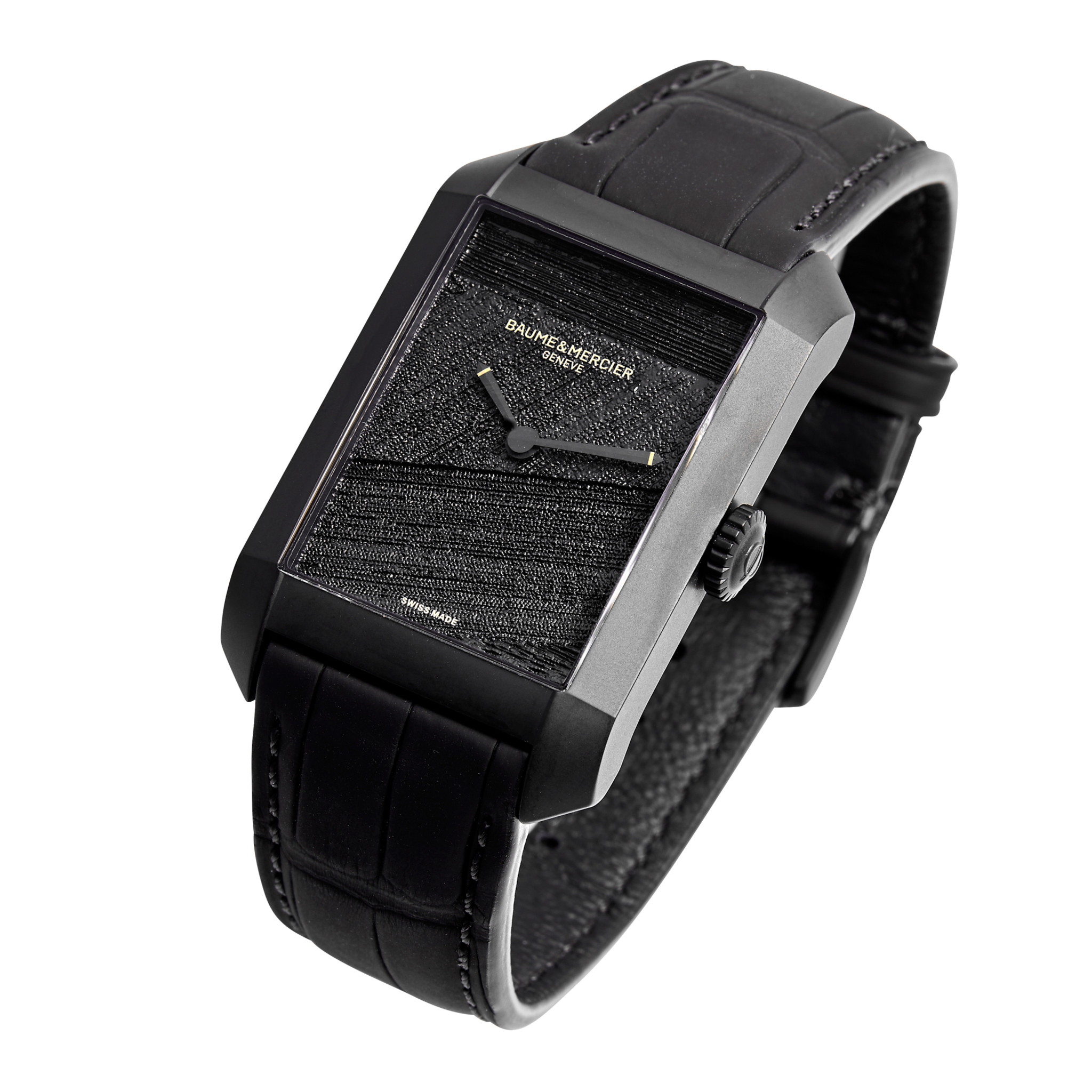 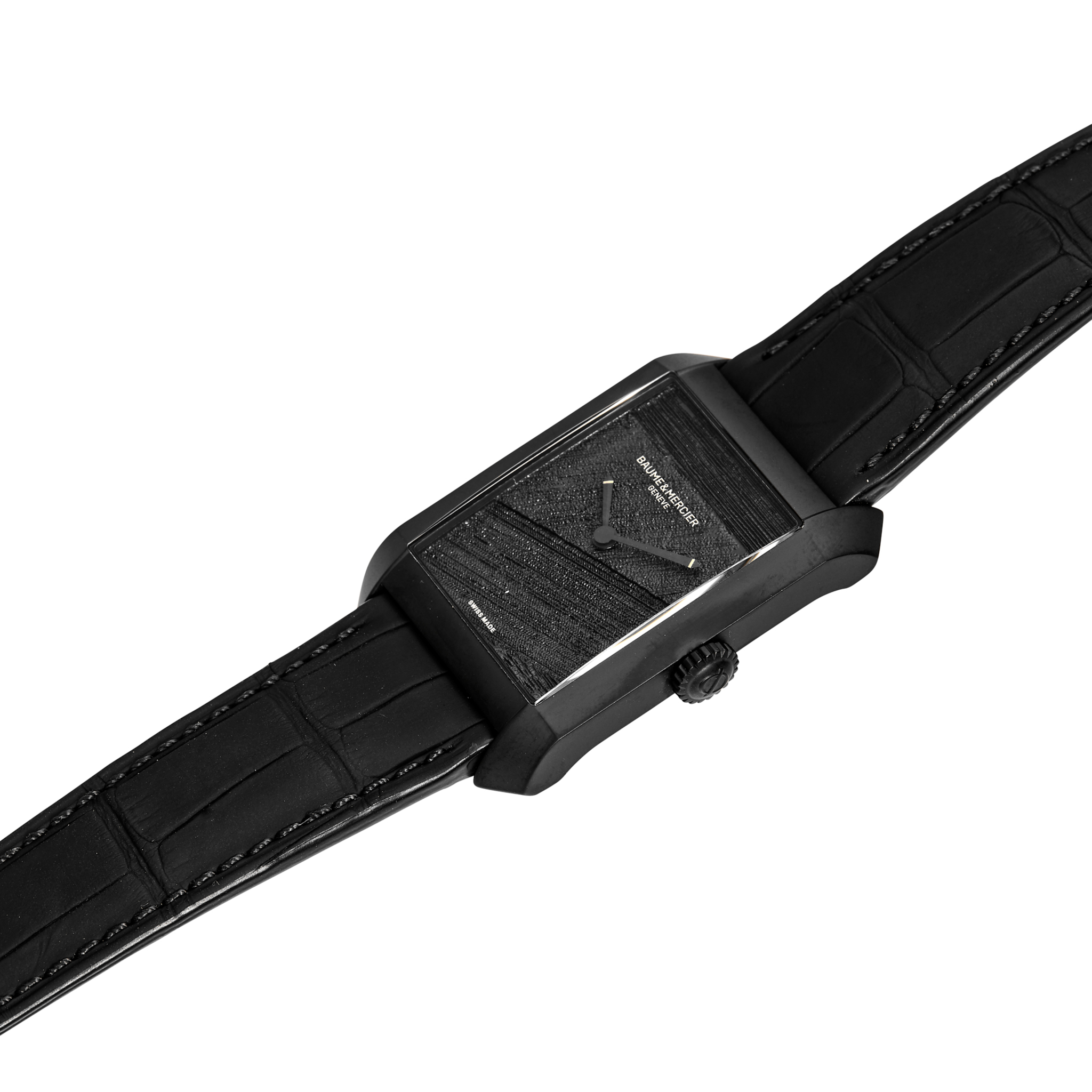 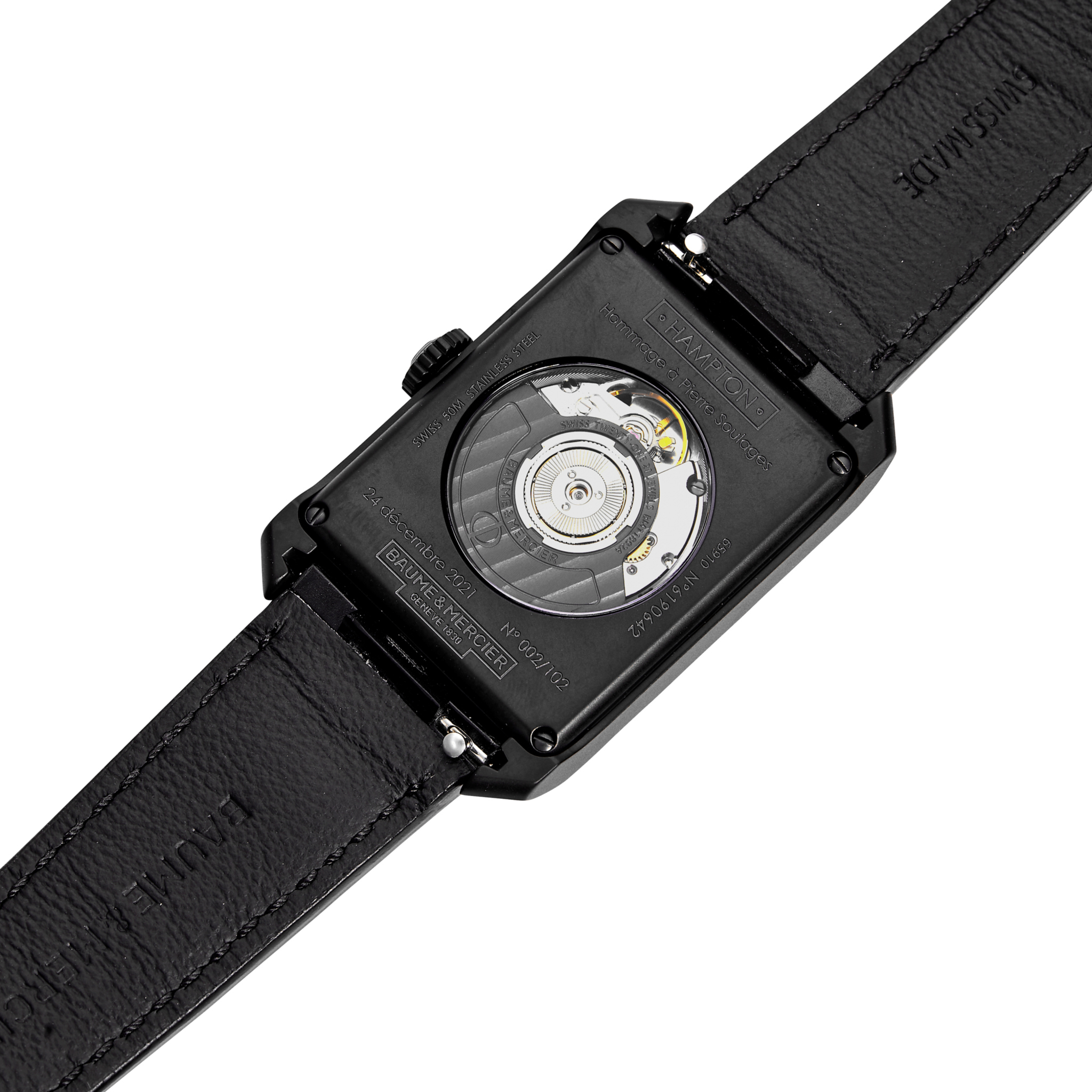 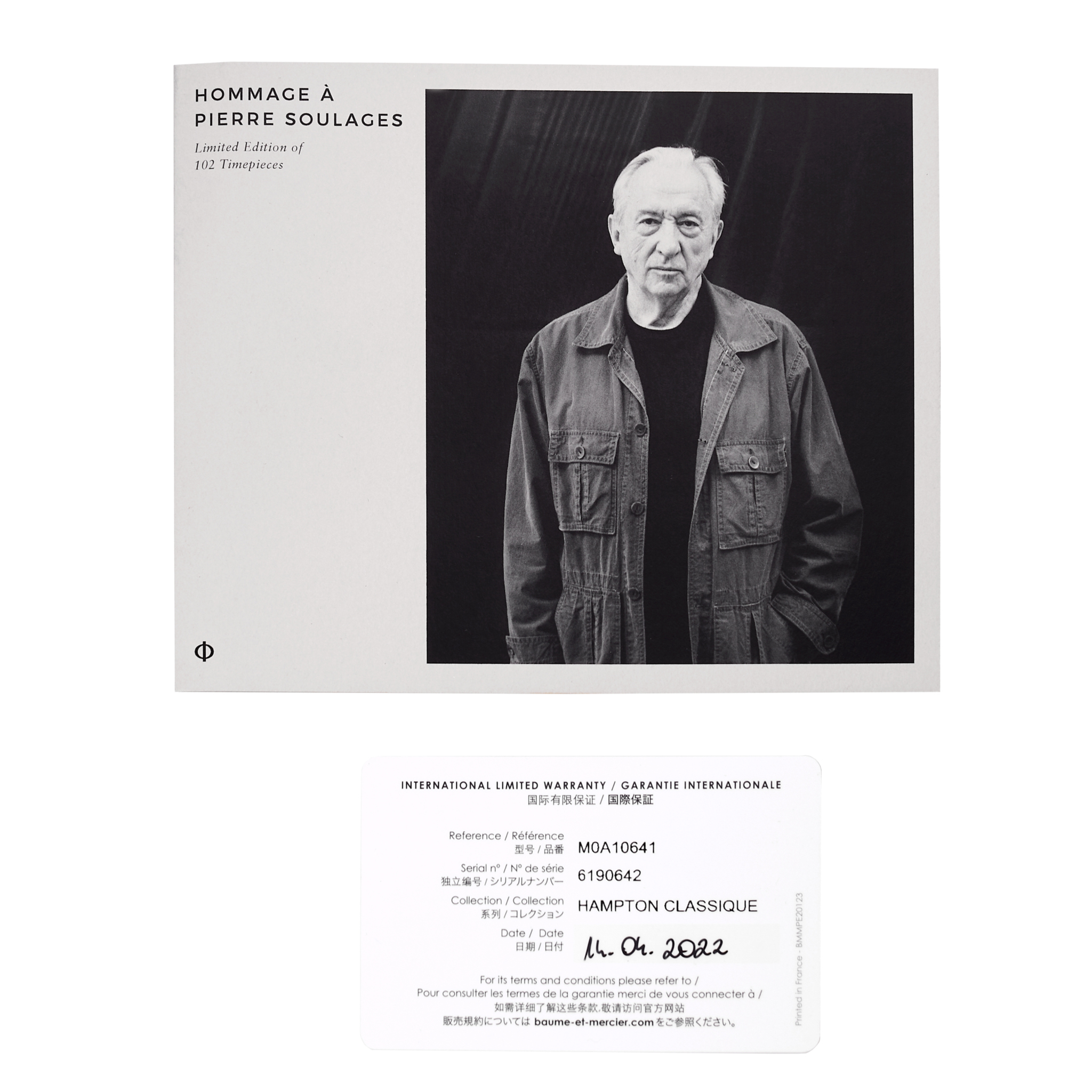 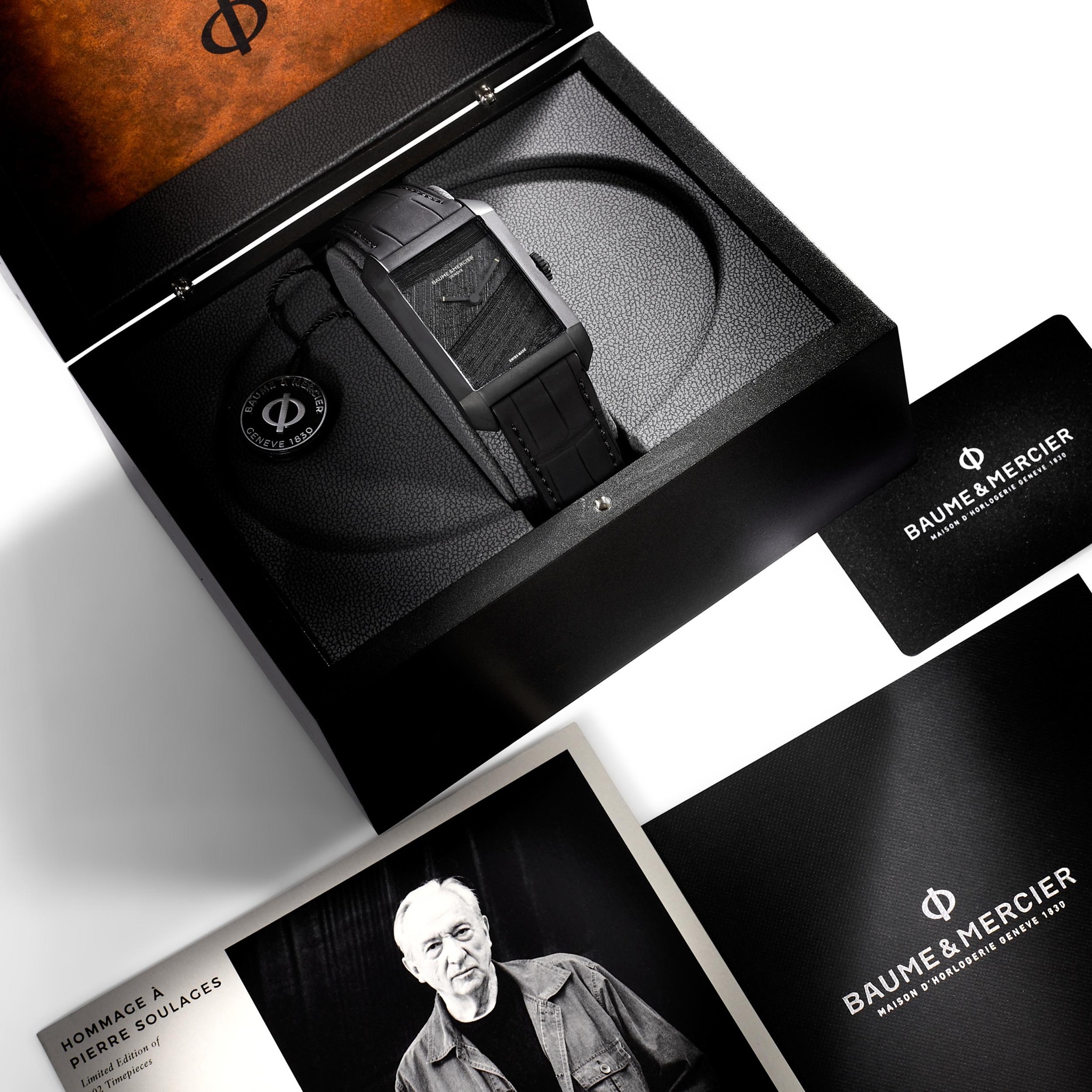 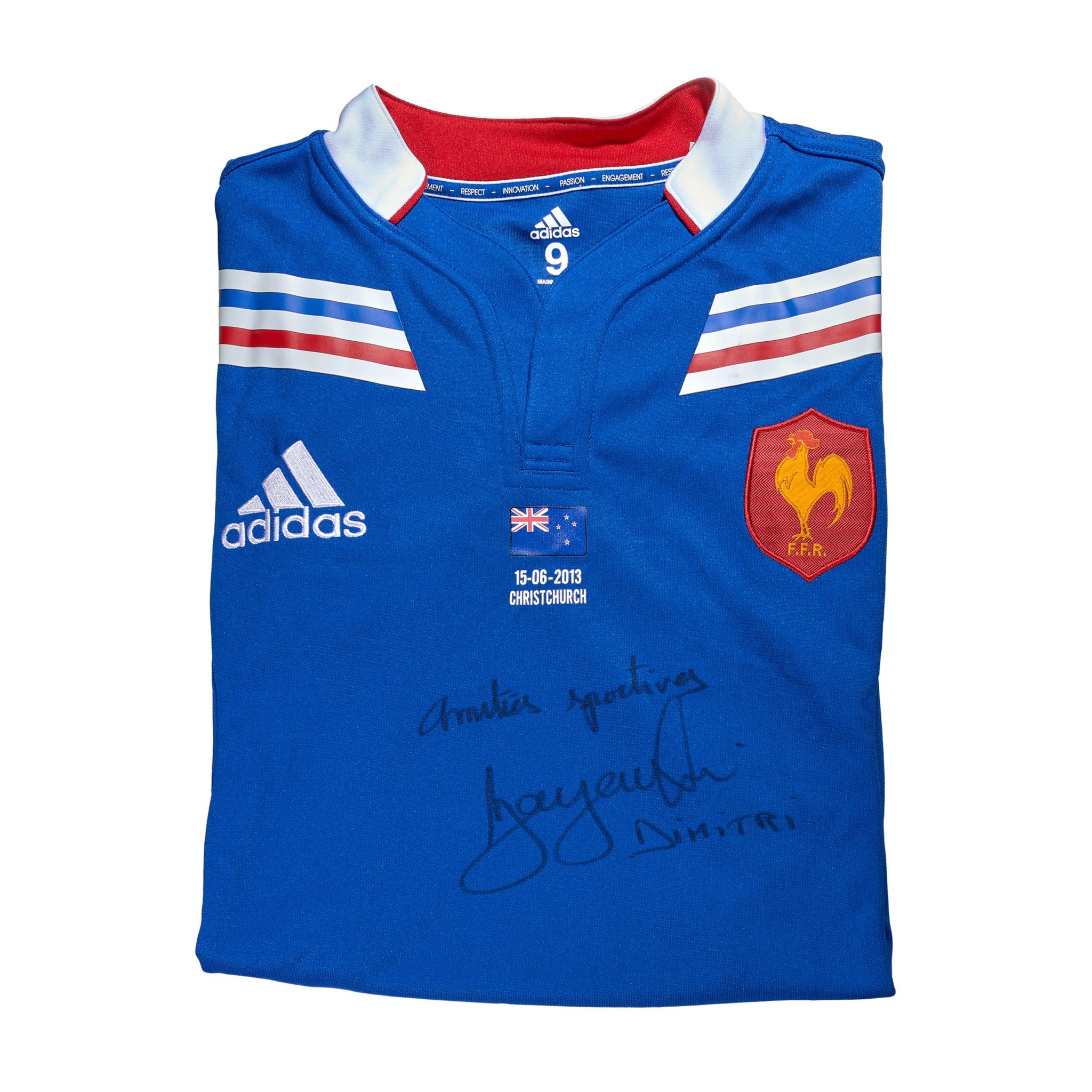 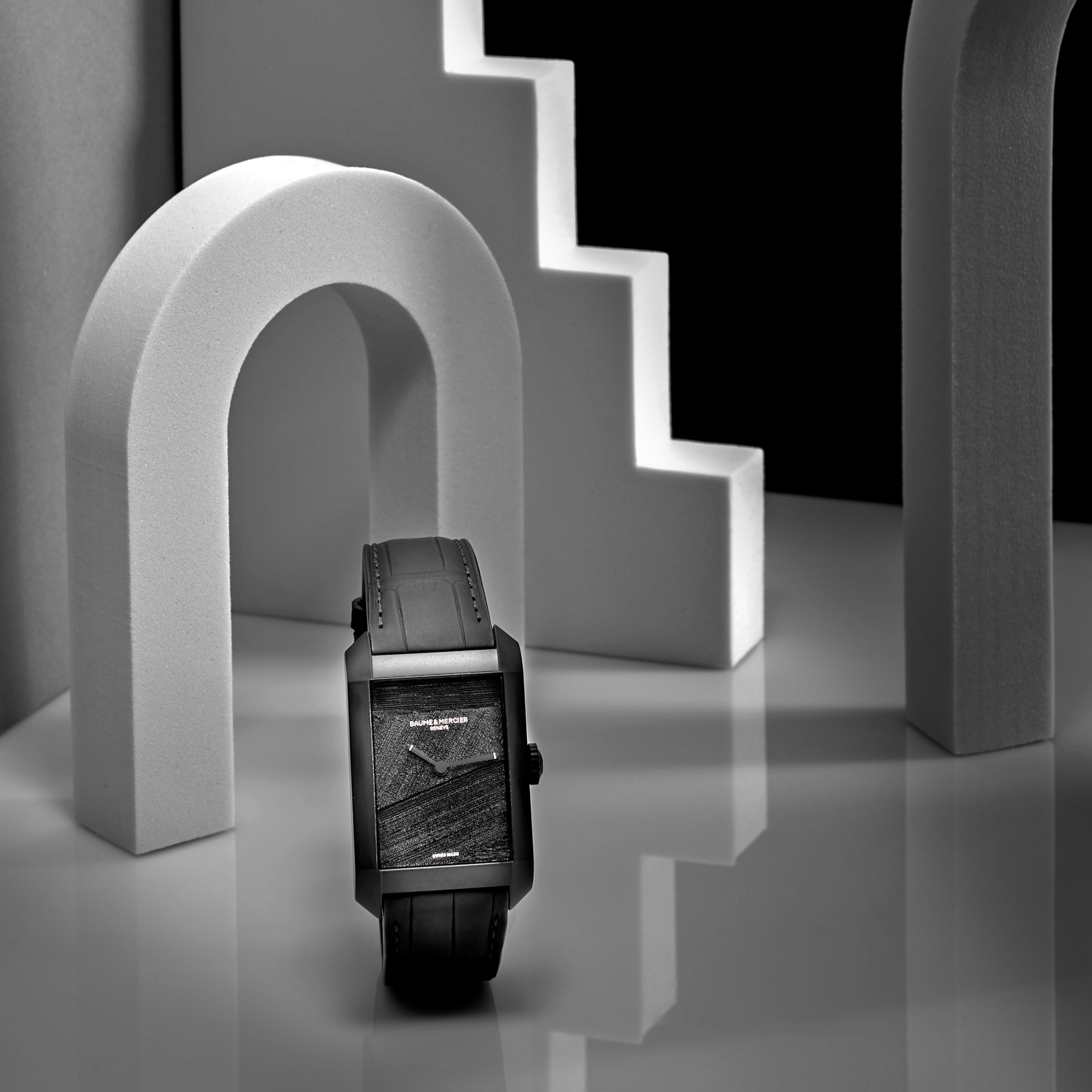 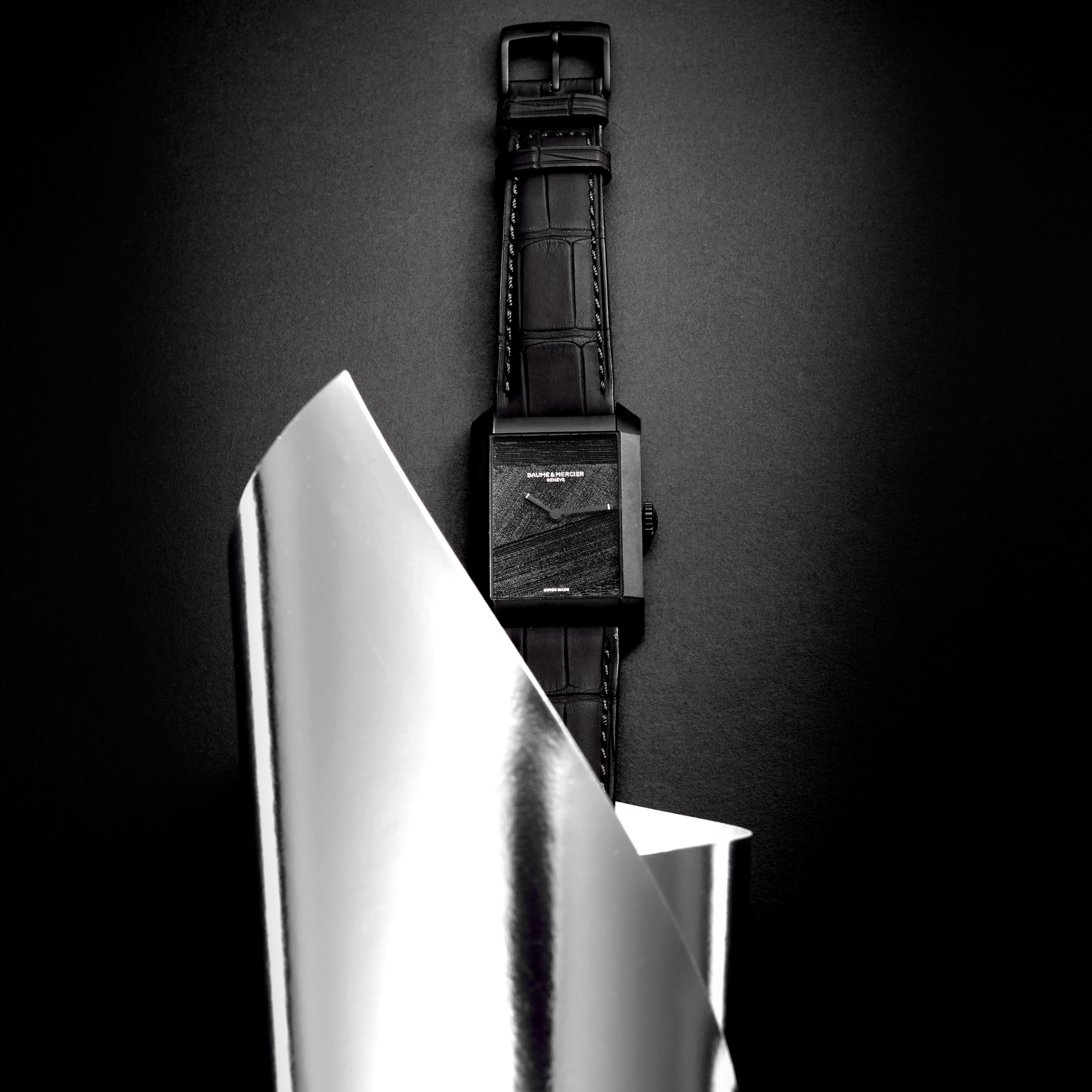 « Lorsque la lumière réfléchie est plus intense, le noir devient moins noir et ses états de surface plus présents, plus actifs »
In 1830, two brothers Louis-Victor et Célestin Baume, opened their watchmaker's workshop. In 1918, William Baume partnered with Paul Mercier, and therefore the manufacture Baume & Mercier was born. In 1919, the company received the famous Geneva hallmark, Poinçon de Genève, one of the most important quality guarantees in the watchmaking world. Building on this history, Baume & Mercier celebrated their 190th anniversary in 2020.
Hampton is one of the five collections they are offering to sale. Inspired by the Art Deco designs, the Hampton was launched in 1994. It is known in many variations. The present example is from the limited edition of 102 copies “Hommage à Pierre Soulages” (homage to Pierre Soulages). The dial echoes to the painting Outrenoir by Pierre Soulages (1919-2022), the famous French artist, one of the greatest representatives of abstract art, who was known as "the painter of black". The number 102 is indeed an homage, because he passed on October 26th, 2022, at the age of 102.

Former property of Mr. SZARZEWSKI Rugby player formerly with Stade Français and now with Racing 92, winner of numerous tournaments and notably French Champion in 2007 and 2016, finalist of the World Cup in 2011 and of the European Cup in 2016 and 2018.