SPECIALY MADE FOR POLISH NOBLEMAN ‘’MELENIEWSKI’’ 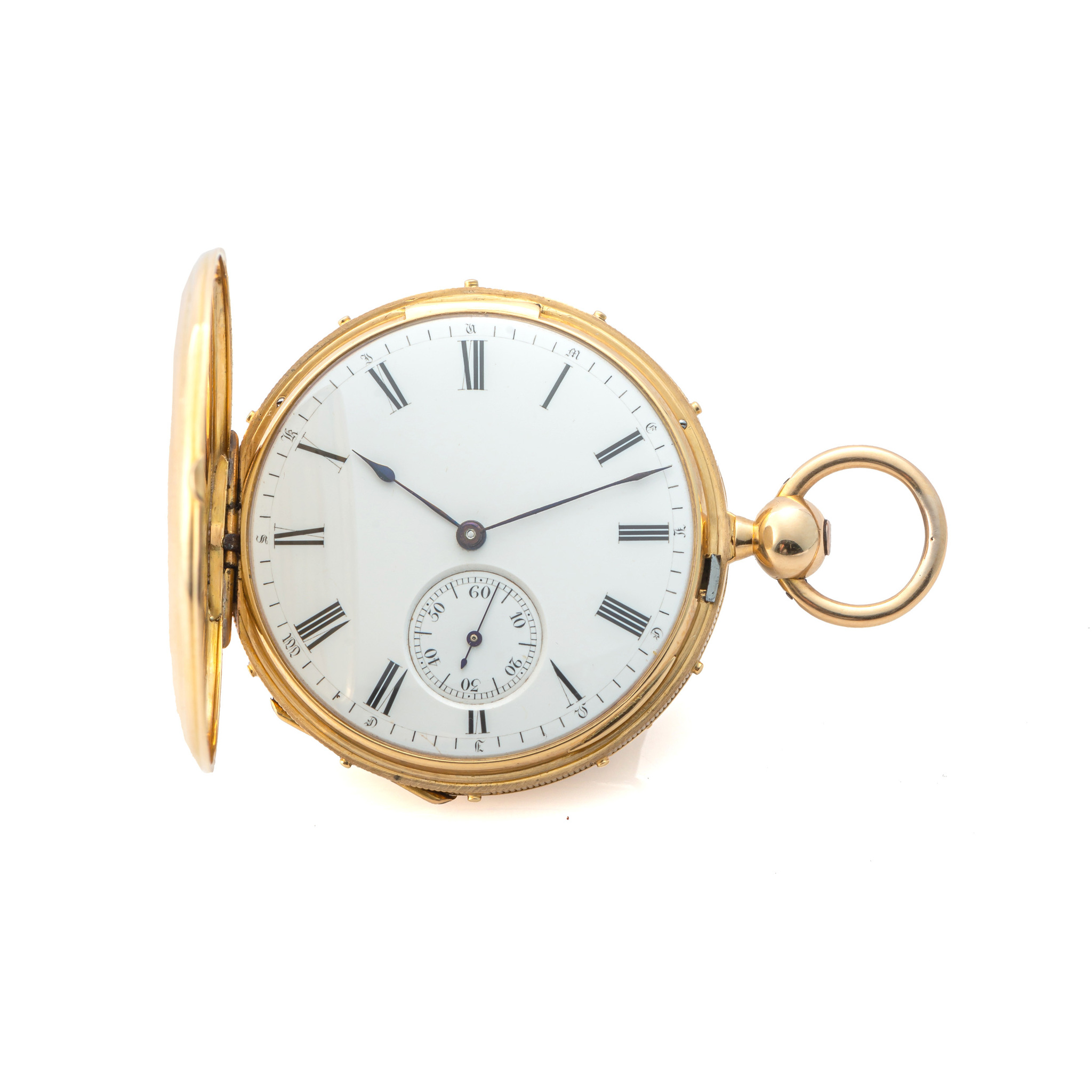 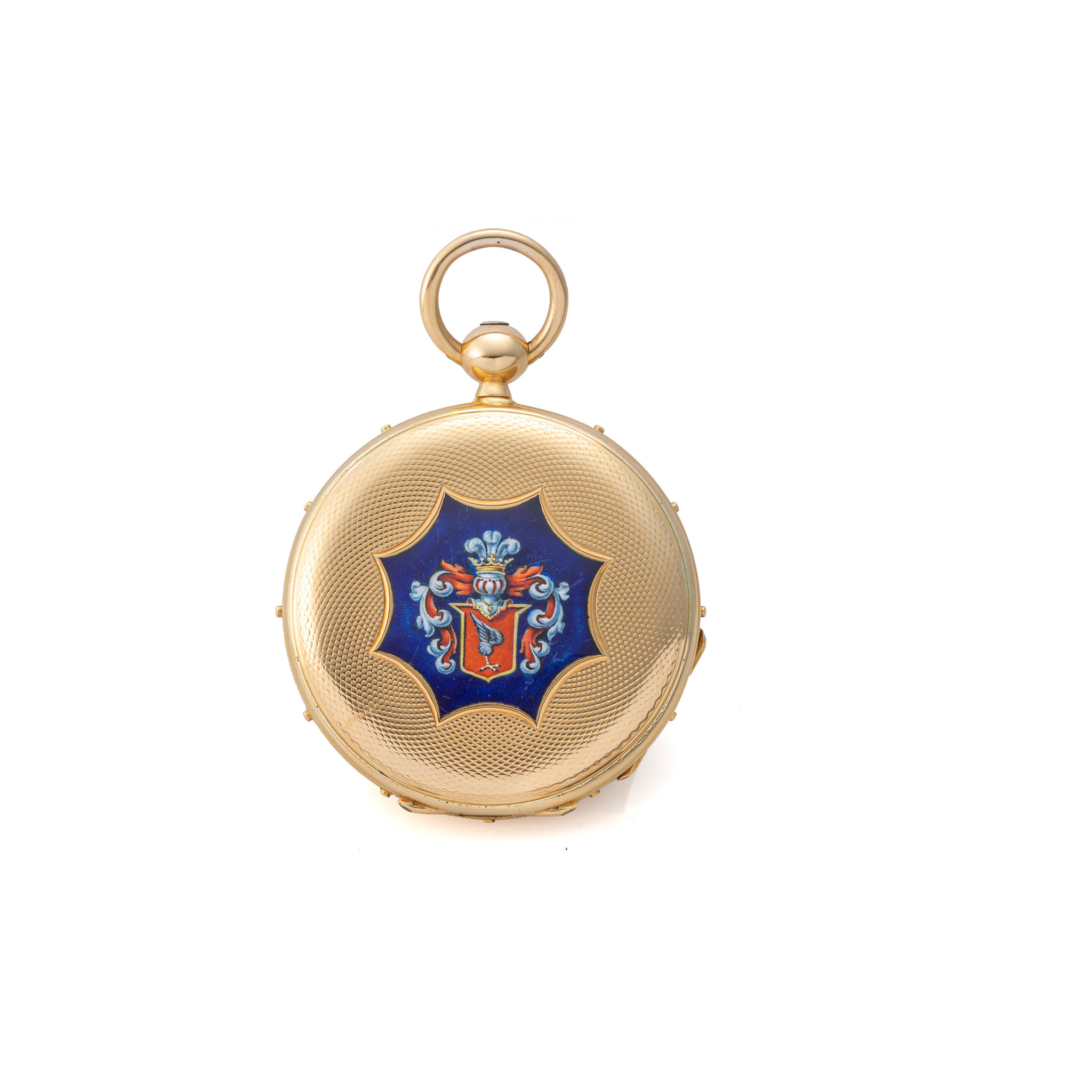 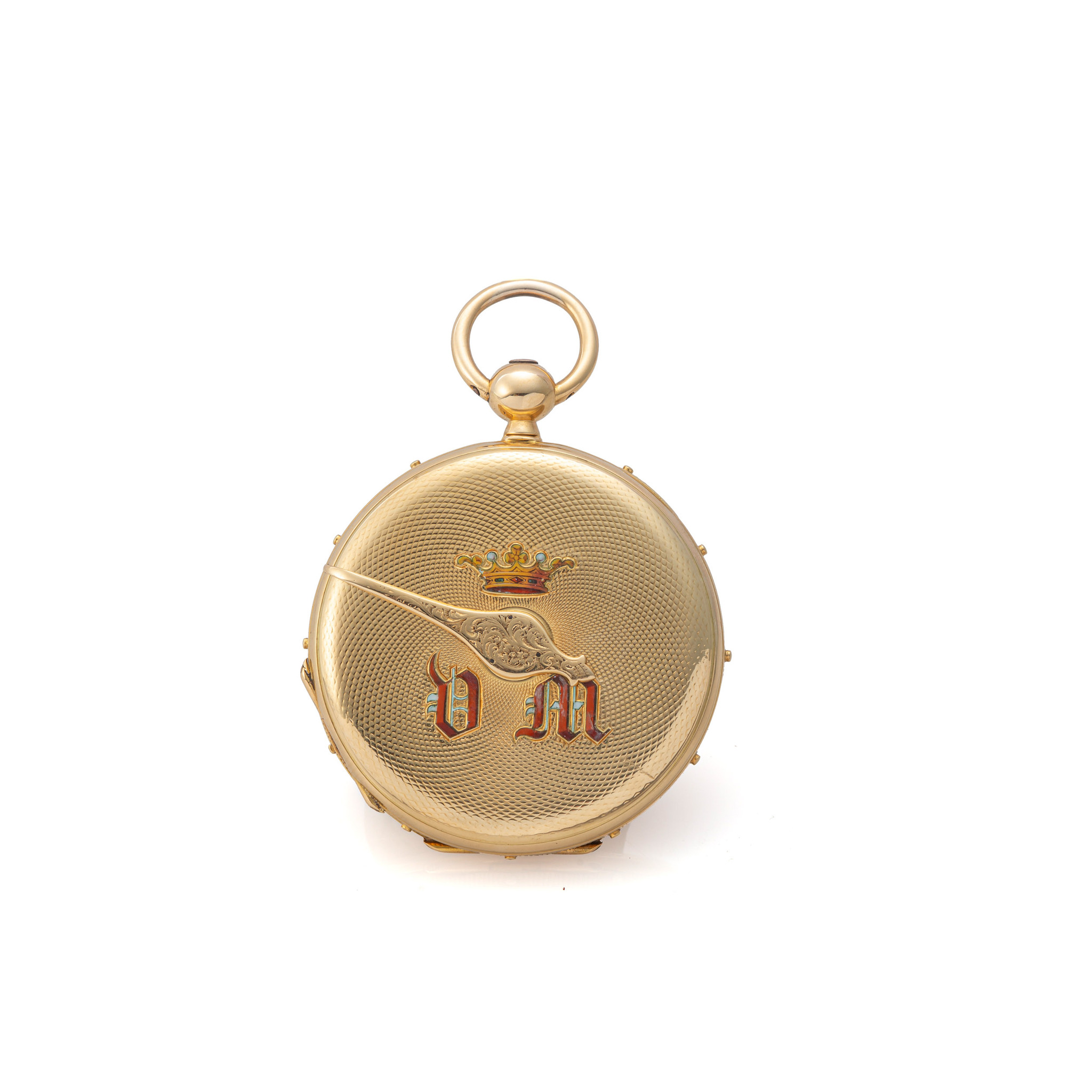 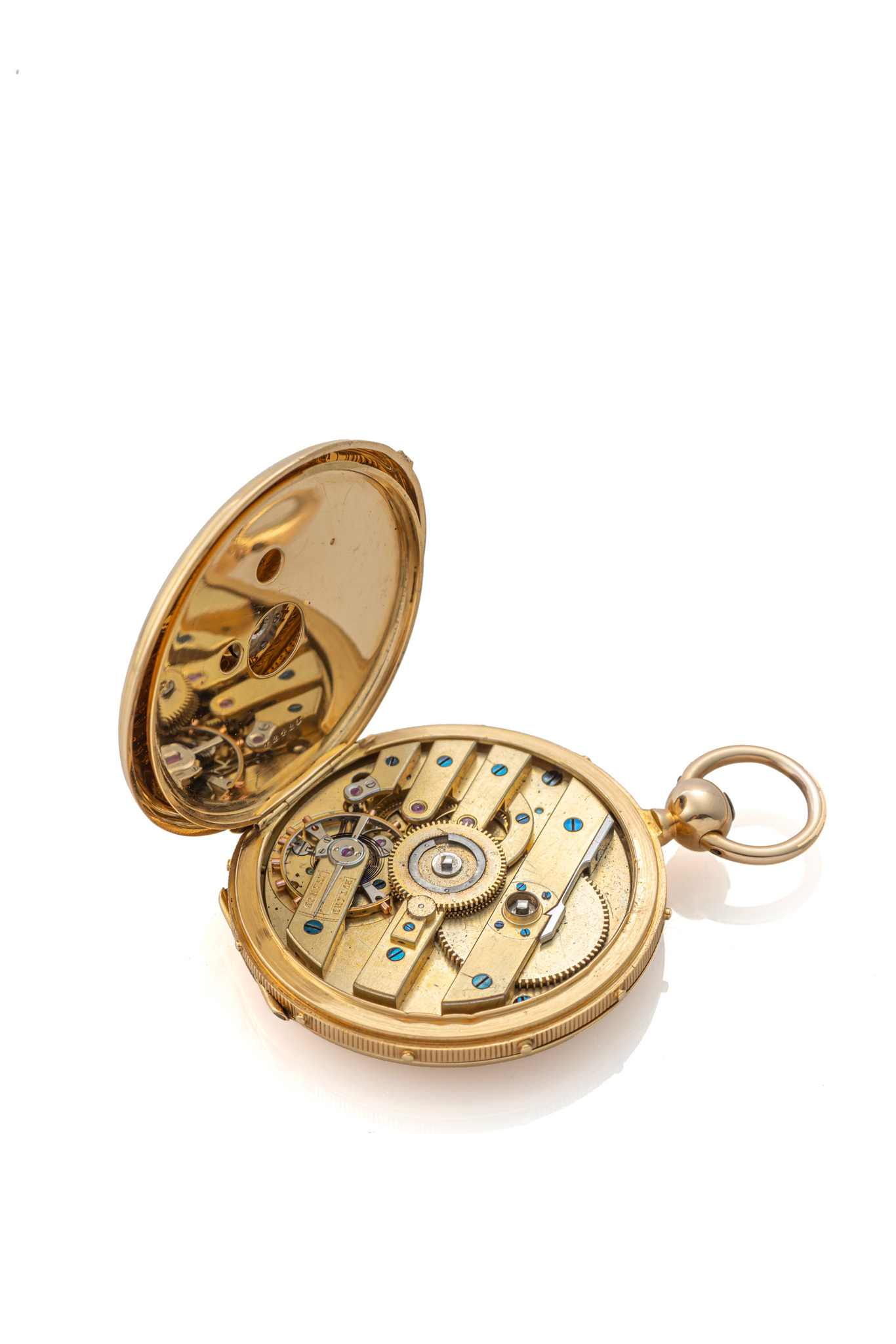 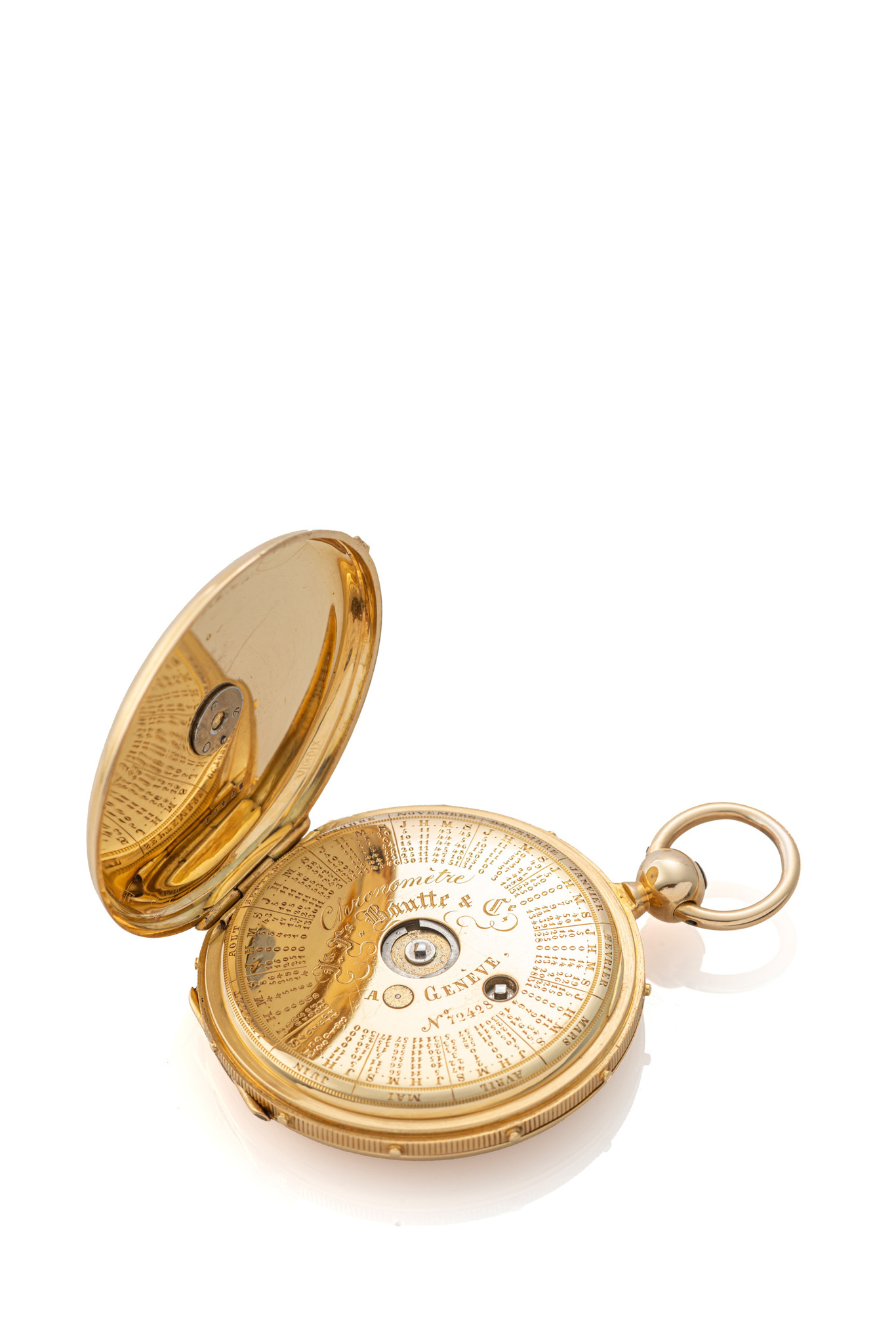 A ‘’montre à tact’’ watch with detent chronometer escapement, whilst not unknown, is exceptionally rare. This watch was evidently specially ordered by Meleniewski not only because it bears his coat of arms and initials but also the dial spells out his name with a gothic letter at each five-minute interval.The Polish Noble Crown is very similar to that of a Margrave, in English a Marquis.

The Meleniewski family Originally from Podolia in the southwest of the Ukraine, conquered in 1793 by the Russian Empire, is an illustrious noble Polish family, on a par with the Poniatowskis, Radziwills and the Wisniowieckis Stanislas Kopacz de Meleniewski (1846-1908) was a commander of the Order of Saint John of Jerusalem and the Sovereign Order of Malta. He was an officer in the Russian Imperial Army and a deputy in the Assembly of the Nobility of Kiev. He was decorated with the pontifical order of Saint Gregory.
In 1876 he married Countess Ernestine Rzewuska (1848- 1908), also from a noble Polish family, and the niece of Mme Hanska, the second wife of Honoré de Balzac.
They acquired a home in Hyères in the south of France in 1869, where they spent a great deal of time; many members of the family are buried in the chapel of the former Hôtel-dieu in Hyères, which was given to the city by Count Darius Poniatowski, an uncle of Ernestine.

Sidereal time. Unit of time used by astronomers; the sidereal day is the interval between two consecutive upper transits of the vernal point in the plane of the meridian. Since in practice this can be measured as the earth’s rotation with respect to distant celestial objects, it is called sidereal or star time (sider means star in Latin). The sidereal day is 23 hours, 56 minutes and 41 seconds. The sidereal year contains one more day than the solar year.