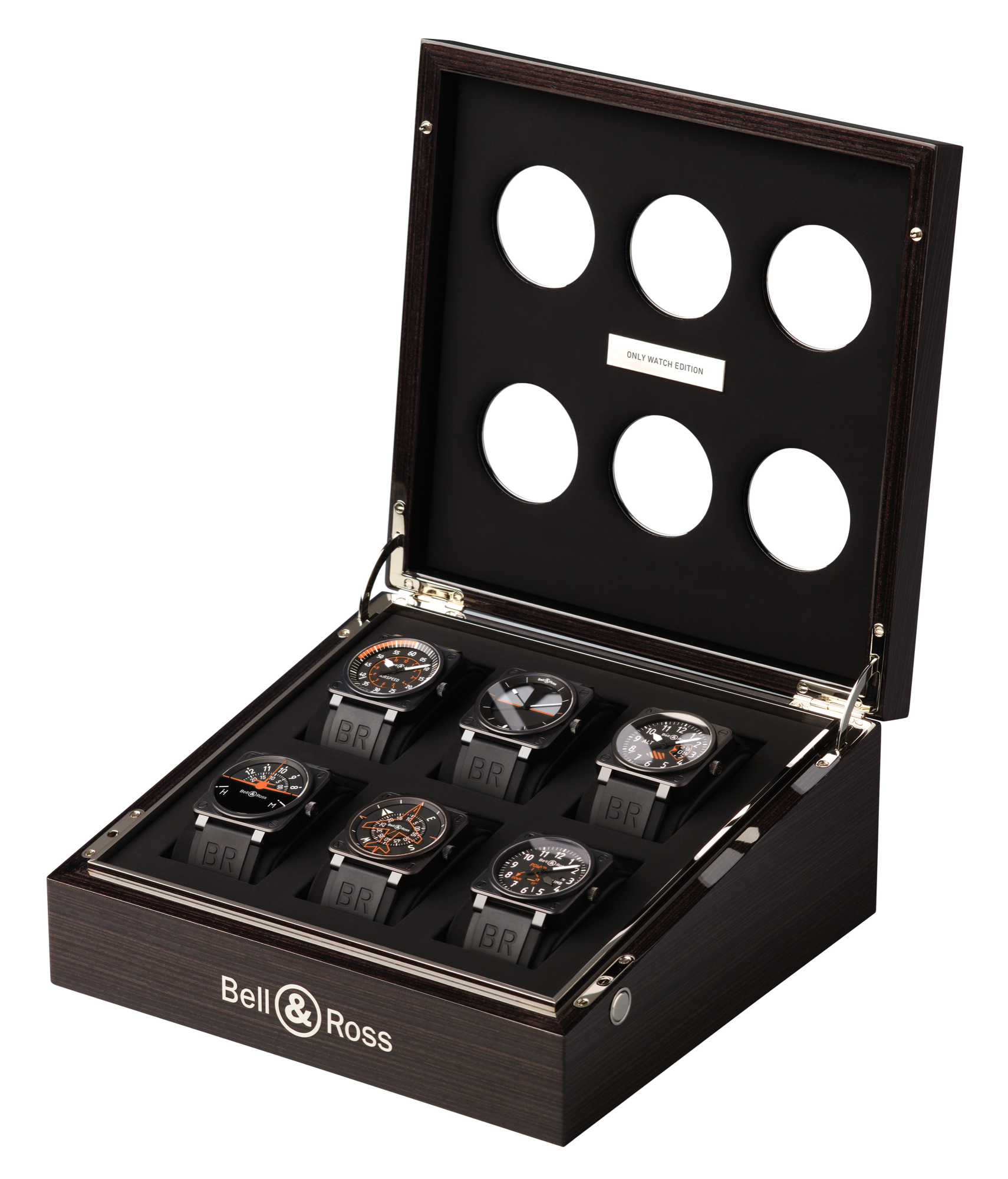 Bell & Ross The story of Bell & Ross began at the end of the 20th century, when the French watchmaking firm approached a German company that specialized in aeronautical onboard instrument manufacturing. In its la Chaux-de-Fonds workshops in Switzerland, Bell & Ross perpetuates the Swiss art of luxury watchmaking ensuring compliance with age-old traditions. Bell & Ross? timepieces are meticulously inspected at every stage of their creation and bear the mark ?Swiss Made?, a symbol of unrivalled excellence around the world. For Only Watch 2013, Bell & Ross has designed a collector?s box of six unique watches. This lavish case fashioned from high-quality wood contains six watches: the BR01 HORIZON, ALTIMETER and TURN COORDINATOR, created in 2012, and the BR01 HEADING INDICATOR, AIRSPEED and CLIMB, created in 2013. They are all inspired by instruments that are essential to aeronautical navigation and have, as their common and unique denominator, a touch of orange. Orange is the ultimate color for aeronautical instrumentation due to its high level of legibility and capacity to make important information stand out through contrast. It is also a traditional color for Bell & Ross, which has used it on timepieces for the same reasons. This exclusive box is designed to be a dashboard on which the vital instruments are laid out in a T for optimum legibility. It will give its possessor the impression of owning a piece of an aircraft cockpit.