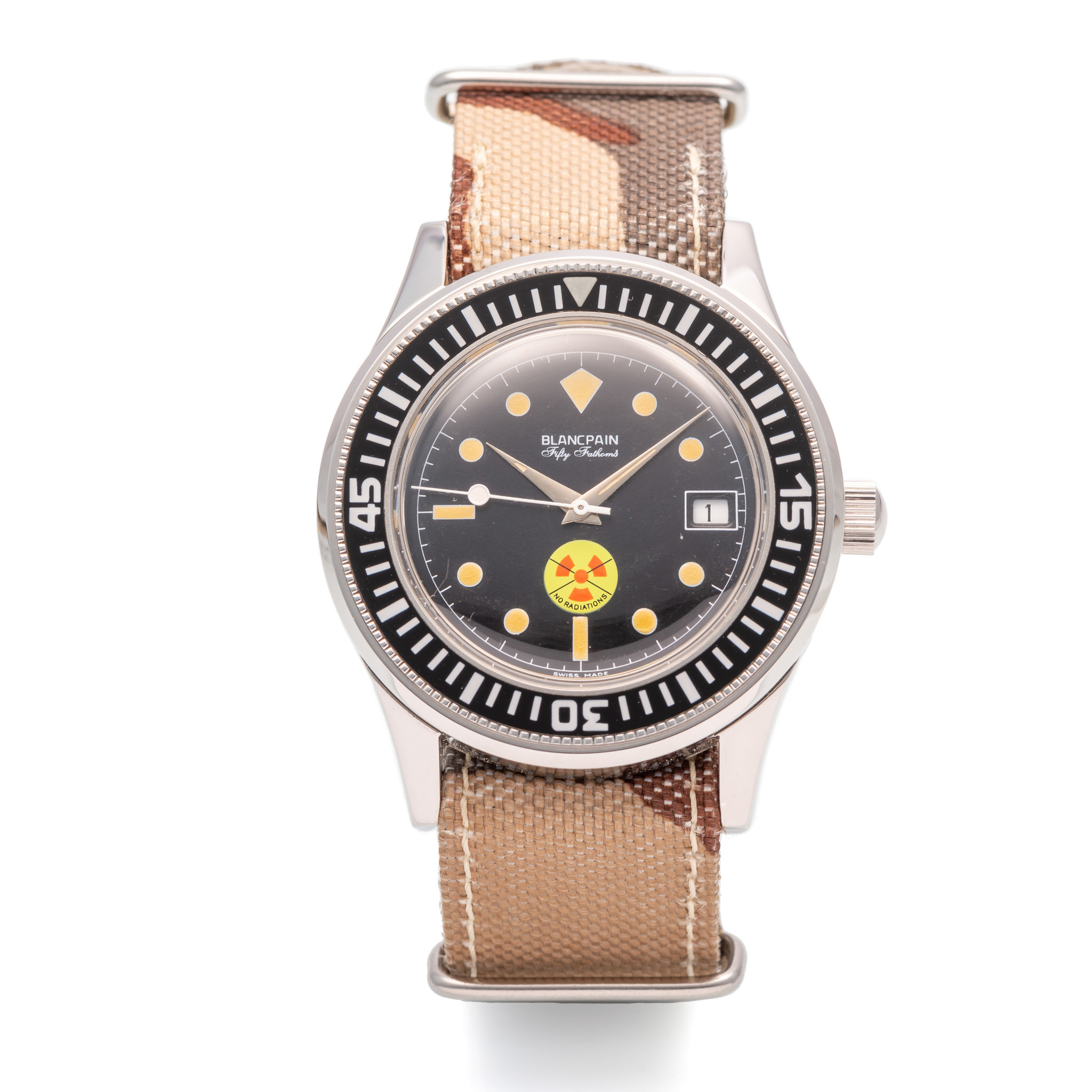 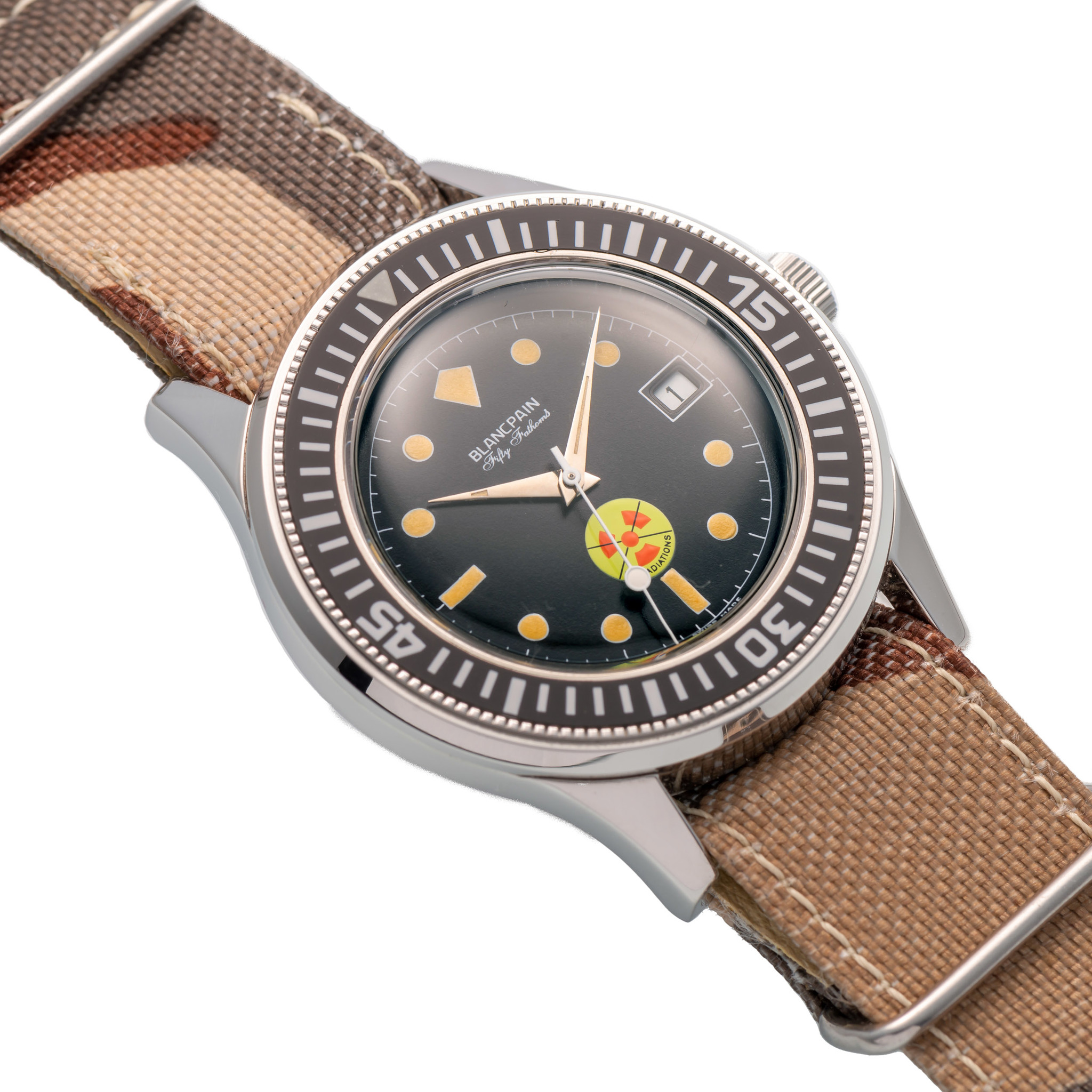 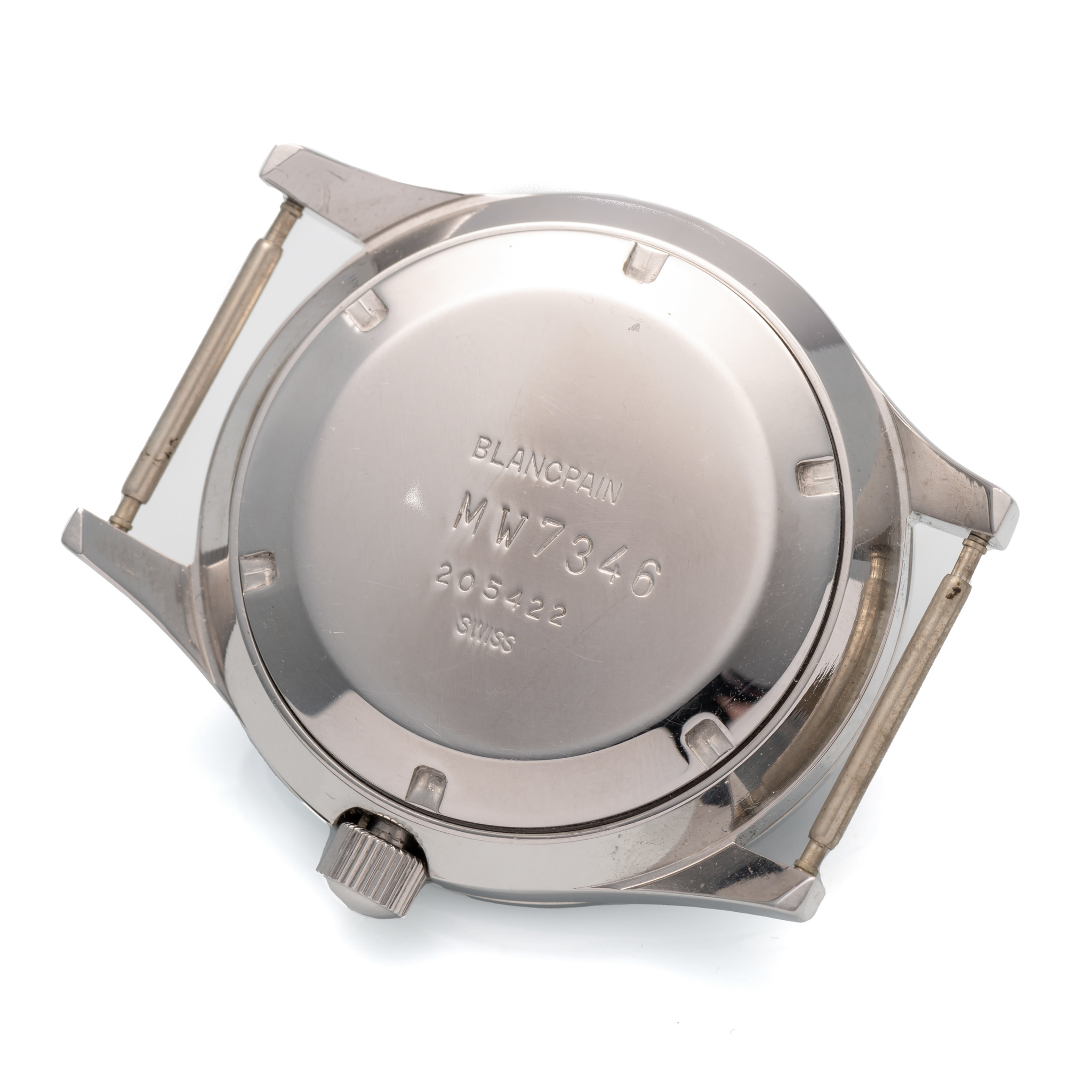 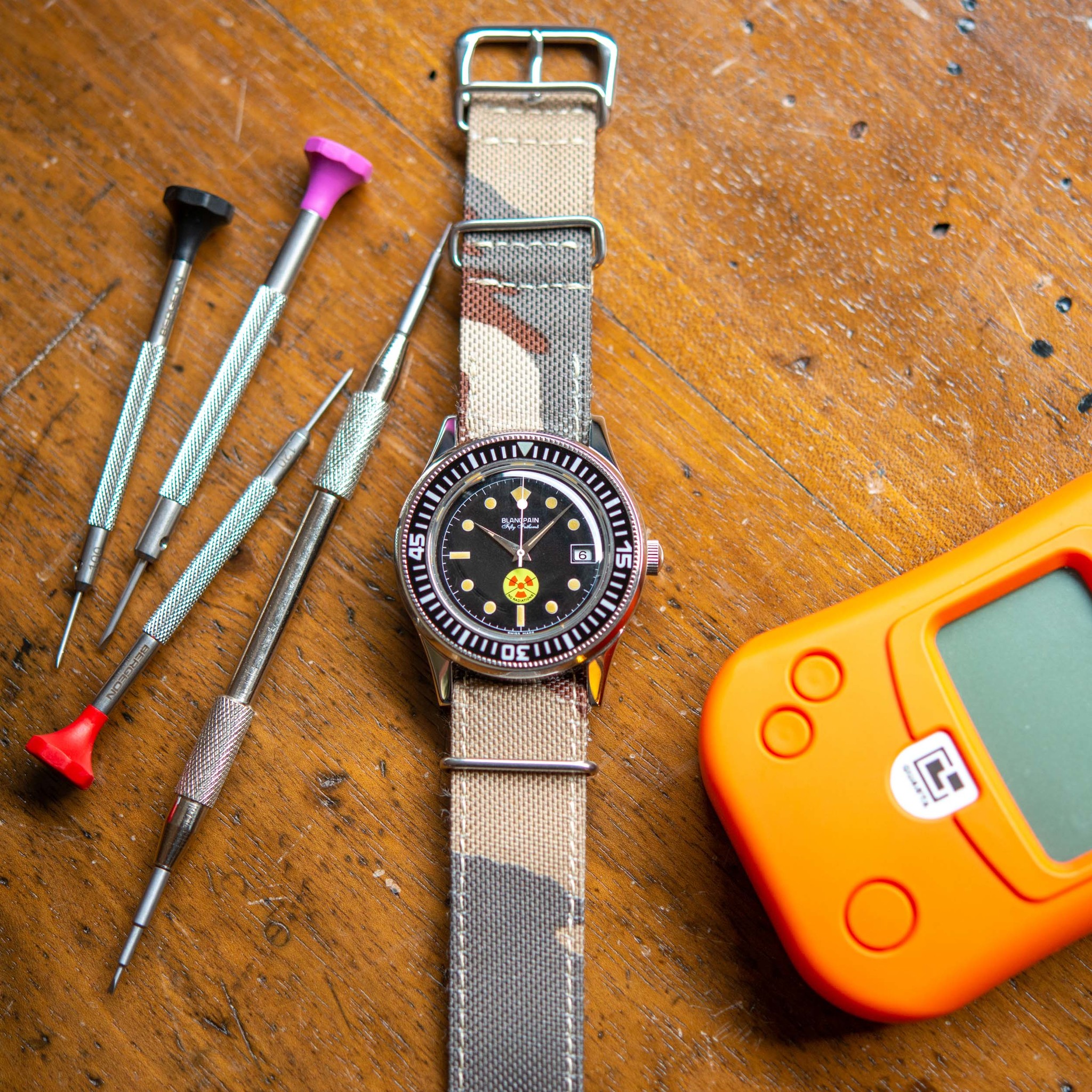 Blancpain, “Fifthy Fathoms”, “Fifthy Fathoms, Aqua-Lung” and others models
In 1952, two French Naval officers, Commander (capitaine de frégate) Robert “Bob” Maloubier (1923-2015) and Sub-lieutenant (enseigne de vaisseau) Claude Riffaud (1924-2016), were requested by the French Ministry of Defence to initiate and elite unit of combat swimmers for the Special Military Manoeuvres of the French Army. Known as “Nageurs de Combat”, the unit required rugged equipment and contacted Blancpain Rayville S.A. to supply a suitable wristwatch. These two French heroes of the World War II will be the first two French combat swimmers, known by their pseudonyms of “NC 1” and “NC 1 bis”.
They contacted Blancpain, probably because Jean-Jacques Fietcher (b.1927), who has been managing the company since 1950, is like them a diver. Under the leadership of this CEO for 30 years, Blancpain will develop diver’s watches. The name “Fifty Fathoms”, equivalent to 91.45 metres, is the desired depth rating for the watch. By 1953, a suitable watch was created and in 1954 the “Fifty Fathoms” was launched in France, on year before Rolex released the “Submariner”.
After the French Navy, other armies followed suit, including the Spanish, German, Israeli and U.S. Navy. It is obvious that the U.S. Navy orders would never have been won under the protective “Buy American Act” of 1933 without the help of Allen Vernon Tornek (1917-2008), the importer of Blancpain watches in the United States.
The later “Aqua-Lung” version of the model with a depth rating of 1 000 feet (304.8 metres) is referred to by collectors as the “life saver”, due to its wide revolving bezel.
The “Fifty Fathoms” will experience many innovations during its development, such as the use of radioactive Promethium 147 for its large luminous indexes or the addition of a humidity indicator on the dial to warn divers of any leaks.