Very fine, decorative pocket watch with an early winding-mechanism, made for the Turkish market; 18K yellow gold and enamel. 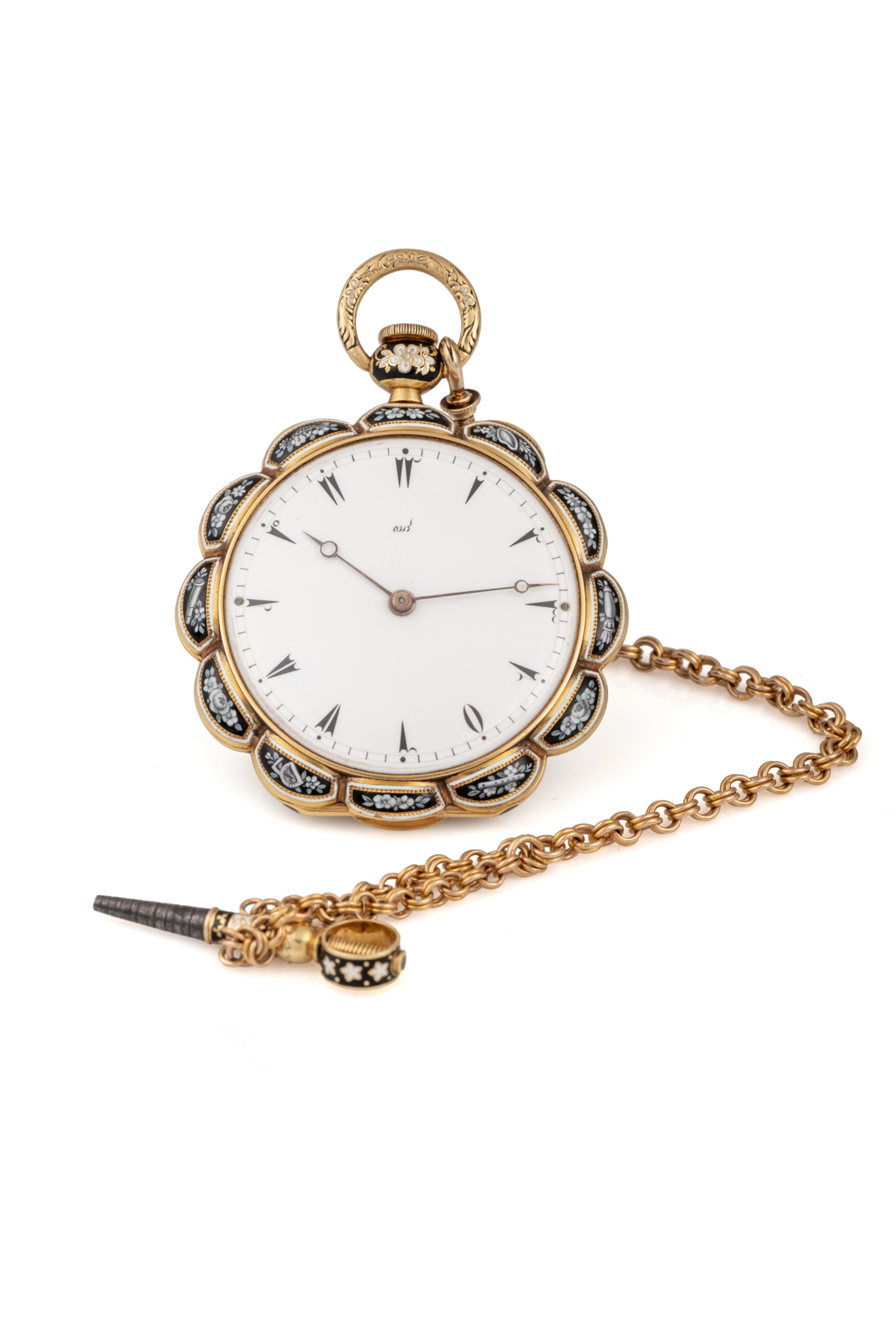 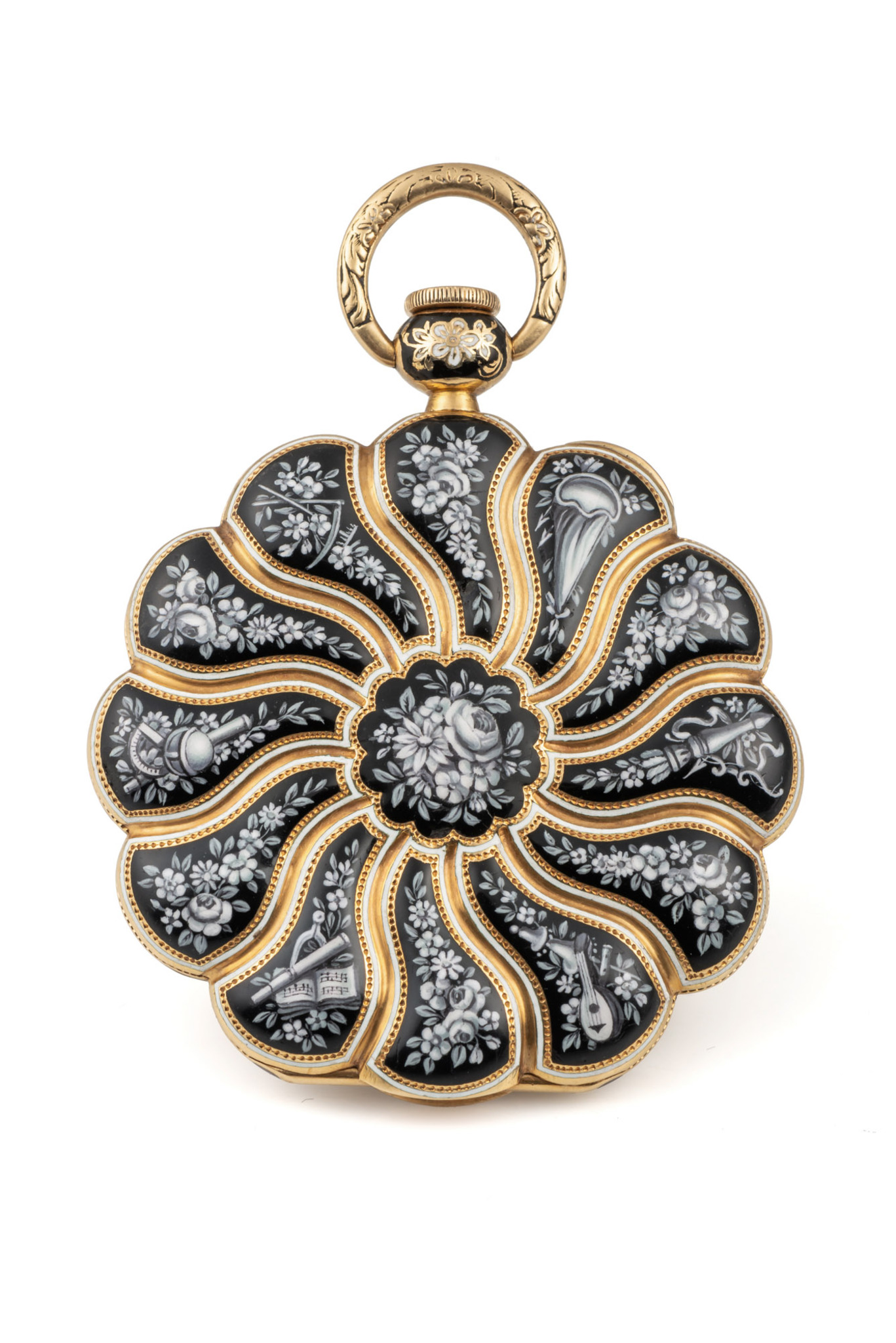 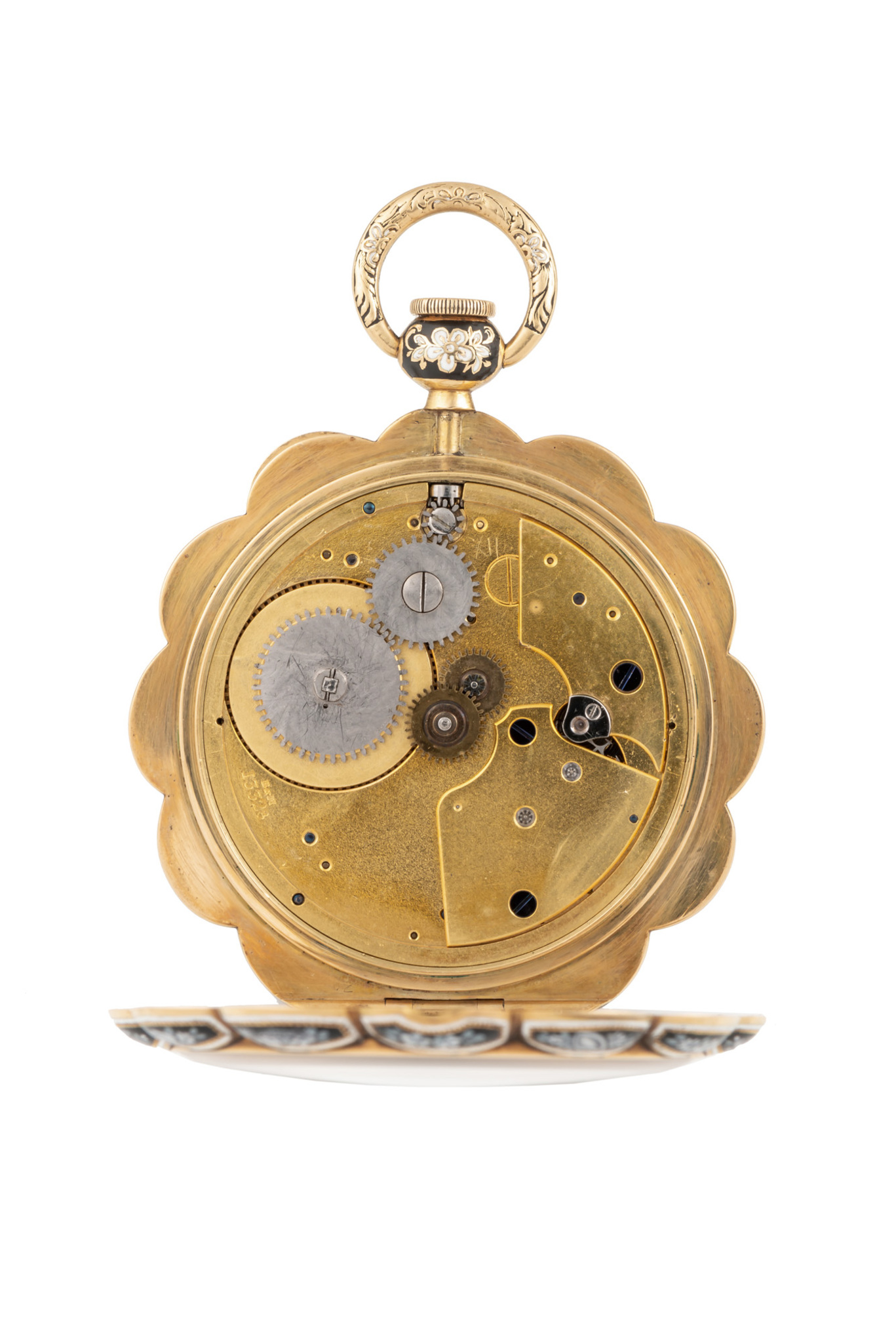 Signature Cuvette (by the maker) and Dial (by the retailer).

18K yellow gold and enamel, open-face, keyless-winding and key-setting, round-shaped with scallop-edged (12 lobes) pocket watch, made for the Turkish market. Case-back and bezel painted on enamel on gold en grisaille on black background, with an alternation of flower motifs, allegories of Love, Arts, Music, Geometry, Gardening, etc. The movement of this watch is fitted with an early winding-system dating back to the early 1840s, when different watchmakers were interested in this issue: Jean-Adrien Philippe (1815-1894) in Paris then in Geneva, and, Louis-Benjamin Audemars (17821833) and his sons or Antoine LeCoultre (1803-1881) in the Valllée de Joux. Blondel & Melly Genevan watchmakers and merchants: active between circa 1820 and circa 1850. Denis Blondel and Antoine Melly produced very high-quality watches, richly decorated, some of them with horological complications, essentially made for the Turkish market. They also signed, during the 1840’s, miniature watches with a diametre of 16 mm., weighing 1.5 g. These watches are among the smallest ever made in the 19th century. They are mentioned: 15, quai des Bergues; 27, rue de la Cité and rue Kléberg (1844). Their production is numbered between circa 13 000 and circa 20 000. Denis Blondel continued to produce watches until the end of the 1860’s; its production at this moment reaches the figure of circa 22 500.