18K yellow gold and enamel, double-face open-face, key-winding, round-shaped, “Directoire” pocket watch, with, on the reverse, “wandering” automata (aperture at 12 o’clock). White enamel dial, with, on the lower part, an eccentric dial for the time with “Breguet” numerals, and, on the upper part, the fast-and-slow regulation; yellow gold “Fleur- de-lys” hands. Fausse-plaque (false-plate) polychrome enamelled with champlevé décor on black-background showing, on the lower part, a large cup surrounded by two Putti with flowers and foliages, and, above, in a semi-circular aperture, driven by the going train, gold automatons passing in a merry-go-round (carousel or roundabout), showing a cupid riding on a dog, a hunter with his dog, a peasant with his donkey and a shepherd with his sheep, over a blued-steel background, turning over every minute; the painting on enamel on gold attributable to Jean-Louis Richter (1766-1841), Geneva. 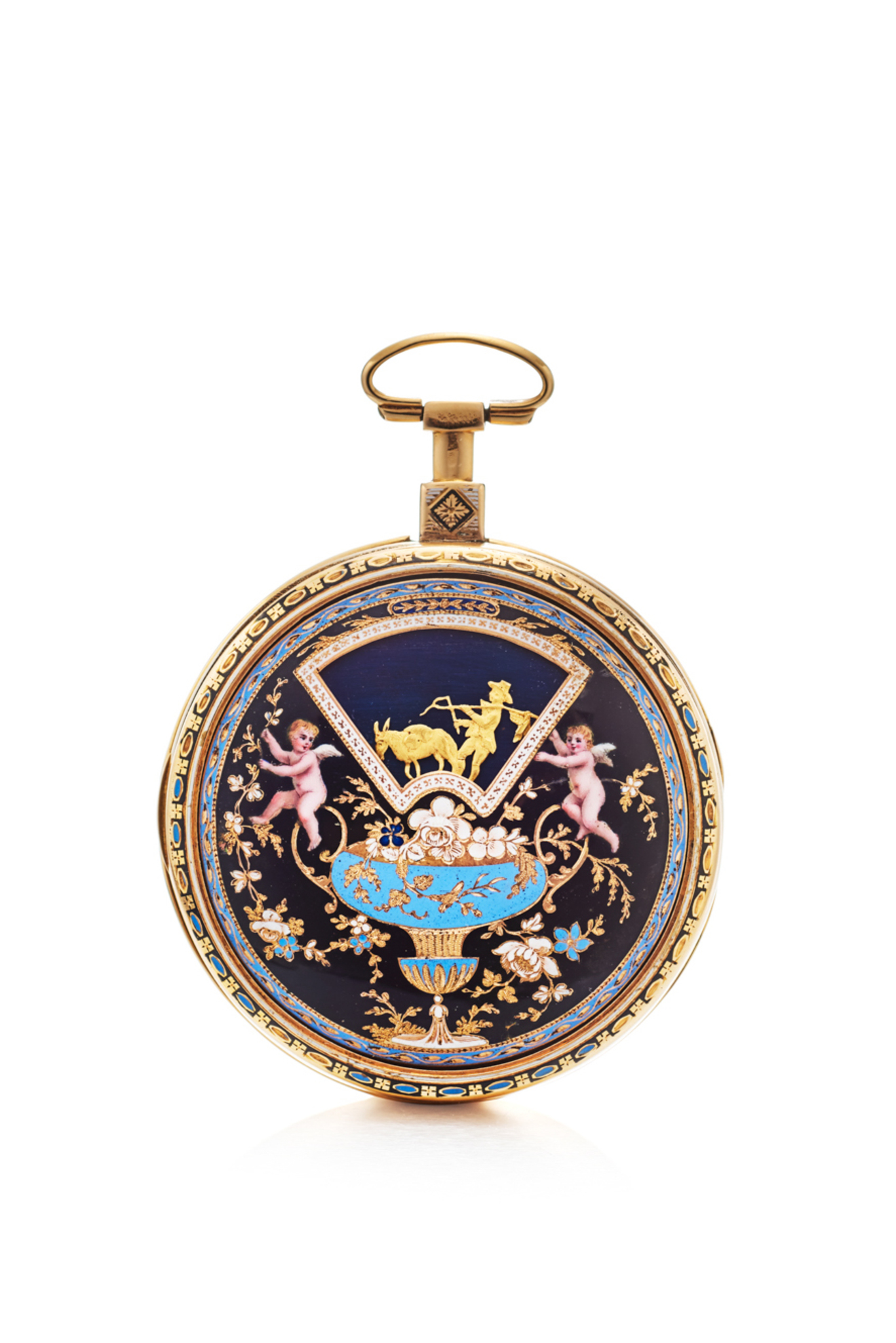 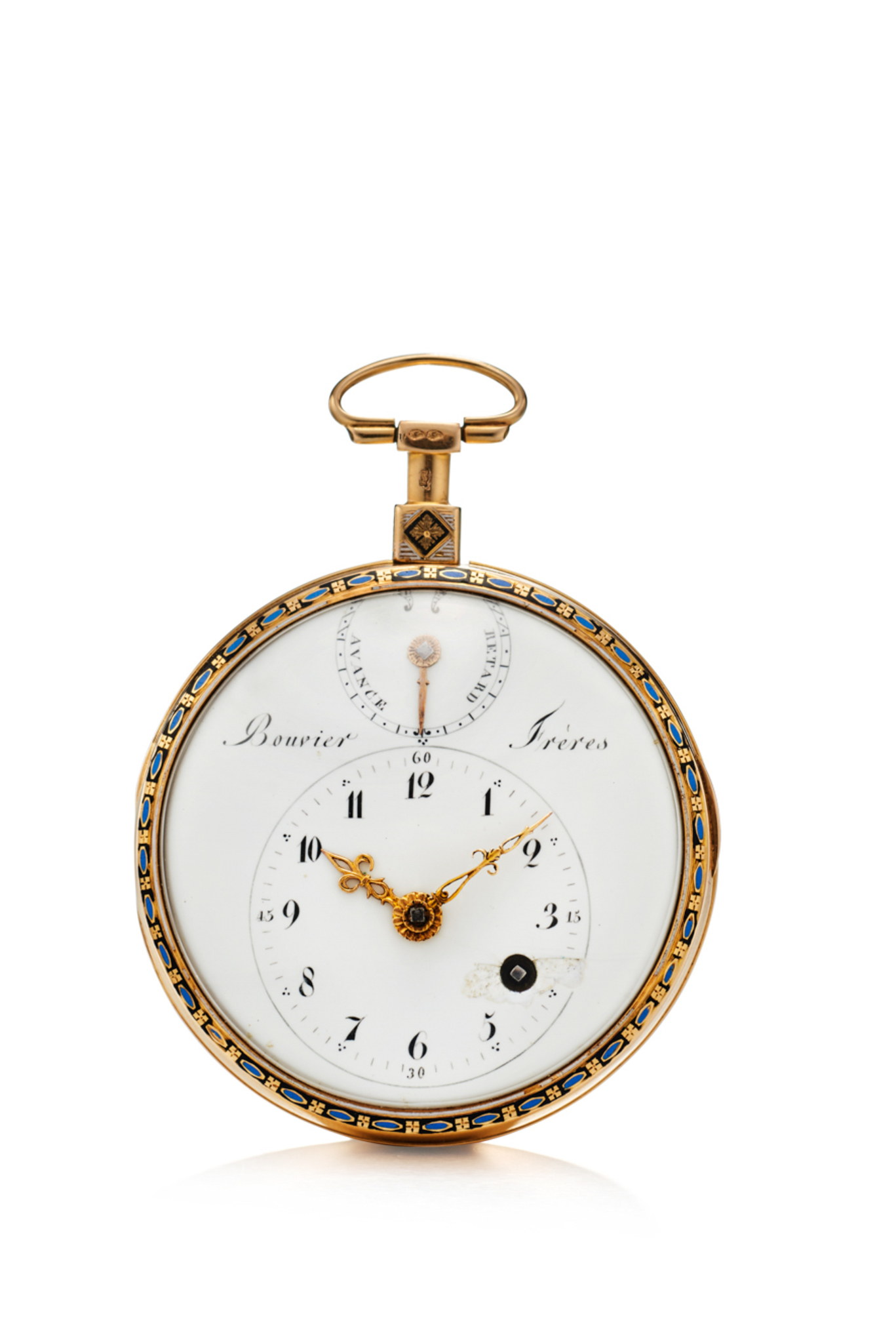 Very few watches of this type, fitted in a “Directoire”-shaped gold
case, are known to exist. They are signed by the horlogers-marchants (watchmakers and merchants), Bouvier Frères (Brothers) and by Chevalier & Cochet, both associations from Geneva. These watches exist with visible balance and / or fast-and-slow regulation.

Bouvier, Geneva
Bouvier Frères (probably Jacques and David) are well known for their high-quality double-face watches with “wandering” automata, made at the turn of the 18th and 19th centuries for the English and French markets but also for the Chinese market.
From their workshop, a much more complicated watch is listed (double- face with two-train) fitted with three motion automatons (Sotheby’s, New York, auction, December 6, 2011, lot 110, sold for the amount of US$ 98 500.-).
These watchmakers come from a family from the Pays de Gex (French region close to Geneva). One of their brothers or cousins is the famous and talented painter Pierre-Louis Bouvier (1765-1836), specialist in miniature portraits painted on enamel or oil, inventor of a machine to grind pigments (machine approved by the Institut de France in Paris).