A fine, large and heavy, gilt brass carriage clock, with hour and half hour striking, 8 days going
power reserve indication and large subsidiary seconds. Detent escapement probably supplied
by Gontard, bimetallic balance with gold screws. The case is a typical five glass ‘’corniche’’
pattern lacquered brass case, door at the back to give access for the winding and setting. The
striking train is conventional, striking the hours with one single blow for the half hours. The going
train is unconventional, with the output from the going mainspring barrel driving an intermediate
pinion, on whose arbor is a second smaller mainspring in a toothed barrel on the outside of the
back plate of the movement. The teeth on this barrel drive the center wheel pinion and hence
the rest of the train. A separate train and control levers allow the going mainspring to wind every
other half hour. The reason for this curious arrangement is probably because the movement was
originally conceived as a Rabi (Louis Rabi is described as one of Breguet’s most gifted pupils)
‘’sympathique’’ for winding and setting to time a separate watch. A full explanation of this whole
mechanism is to be found in ‘’The Art of Breguet’’ by George Daniels, on pages 354 and 355,
where comparisons can be made. Presumably the movement was left over from this project and
never completed as such, with the relevant original parts being retained as required. 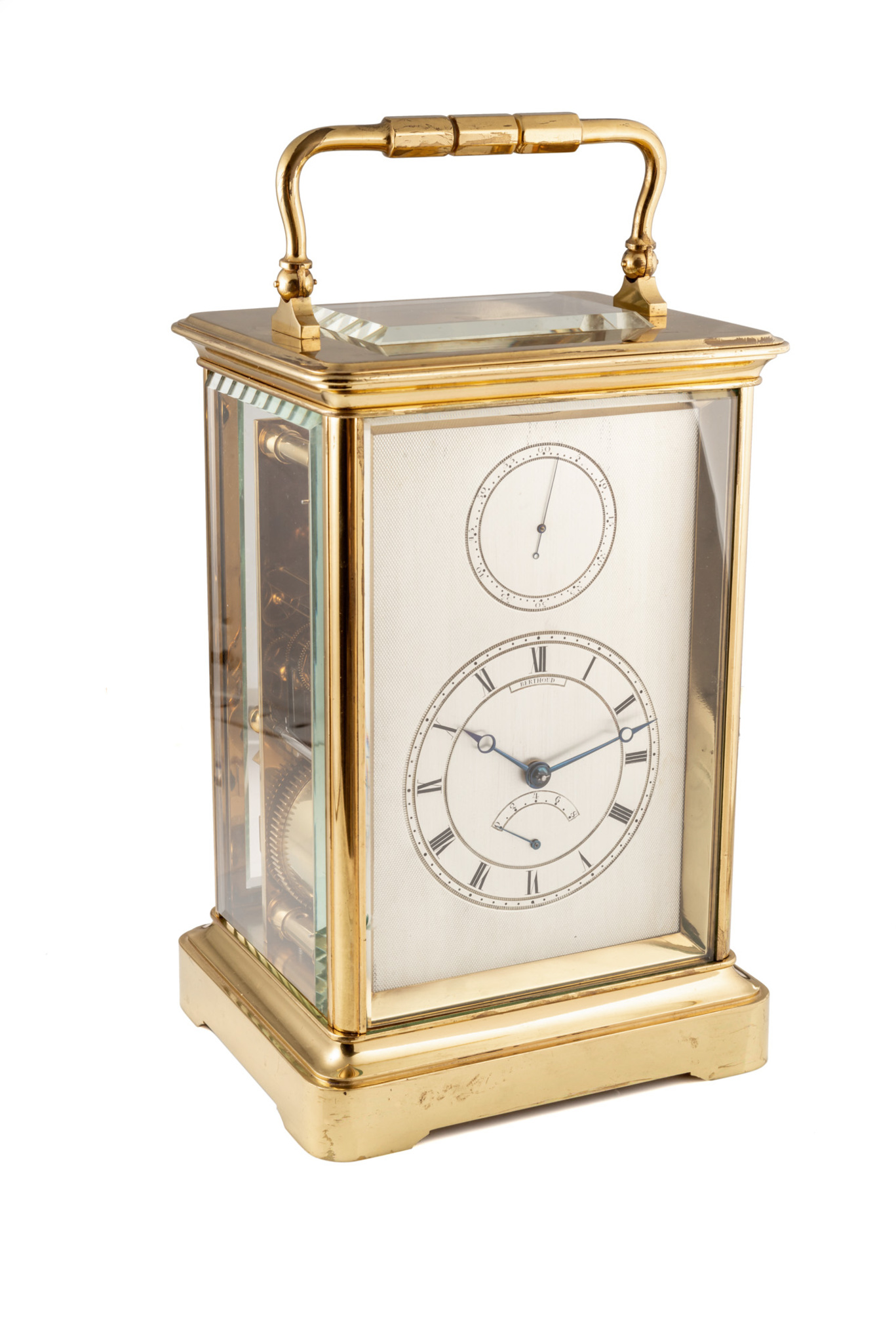 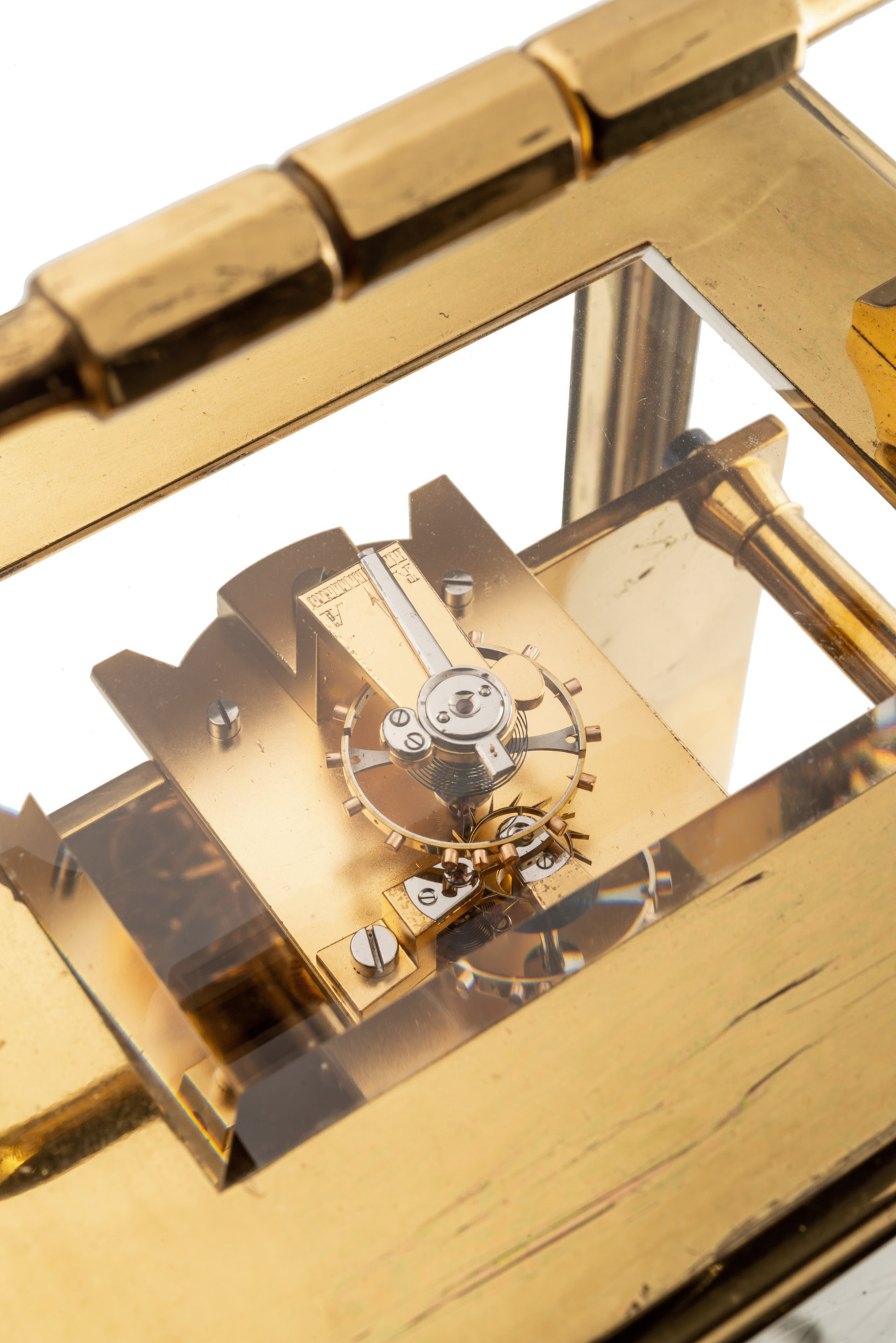