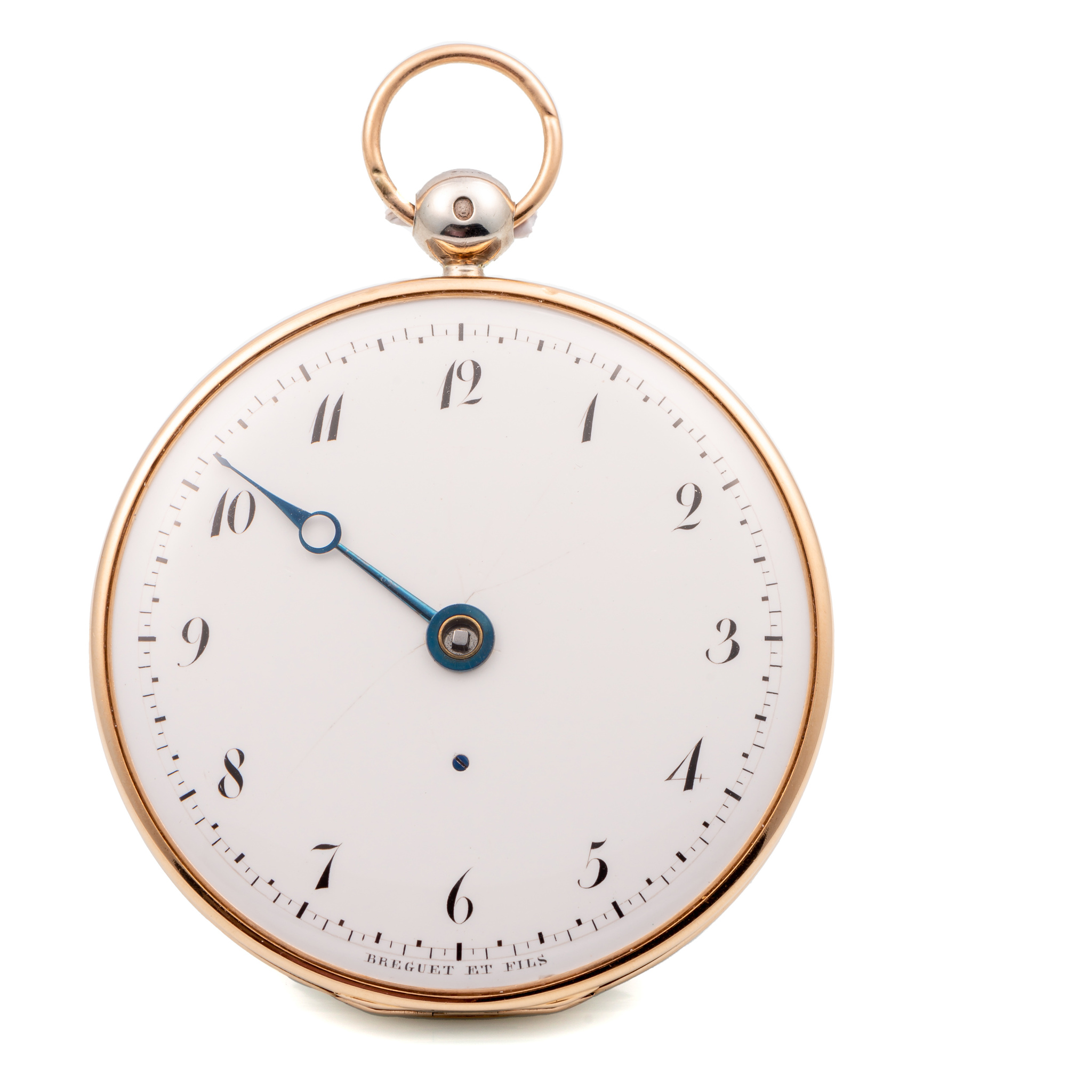 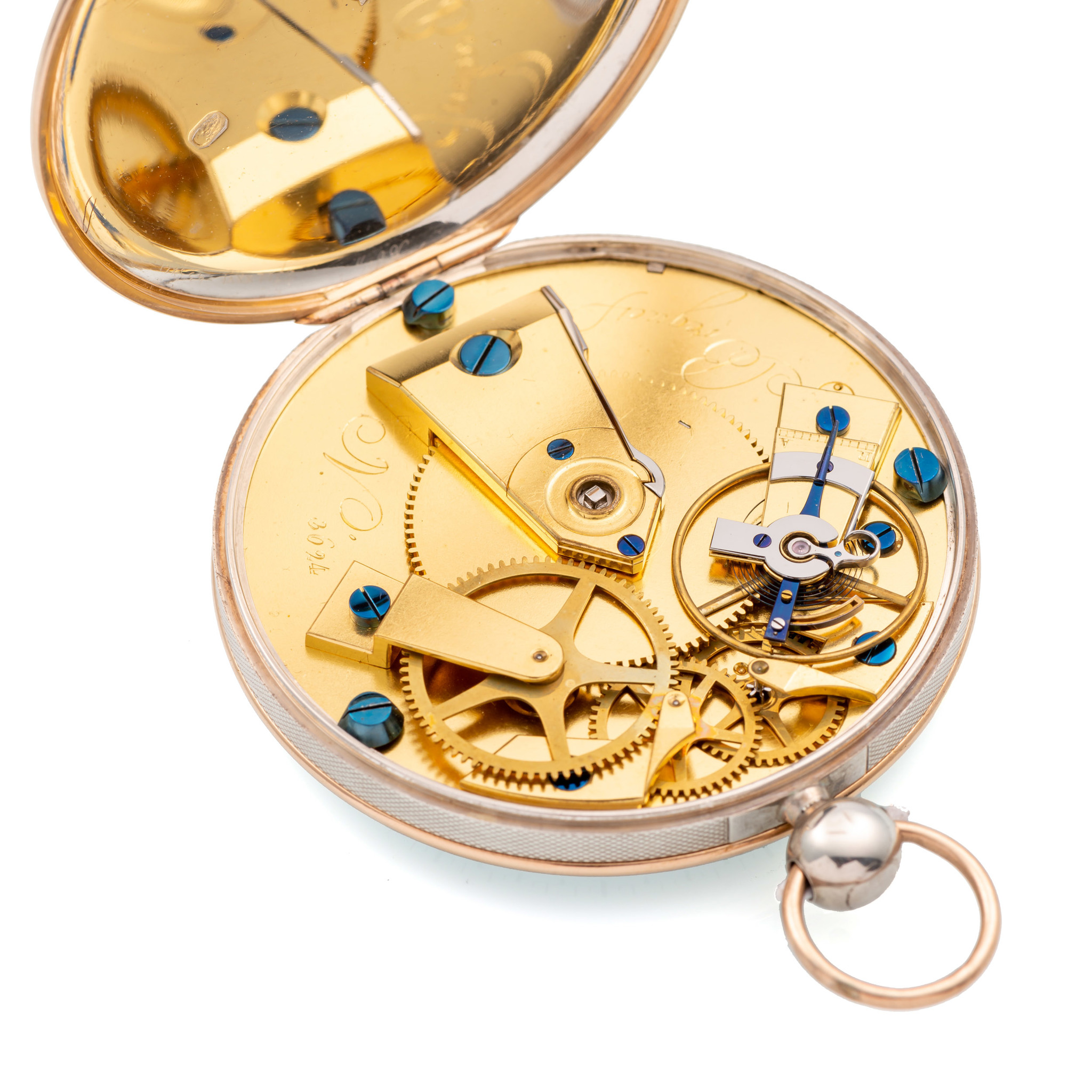 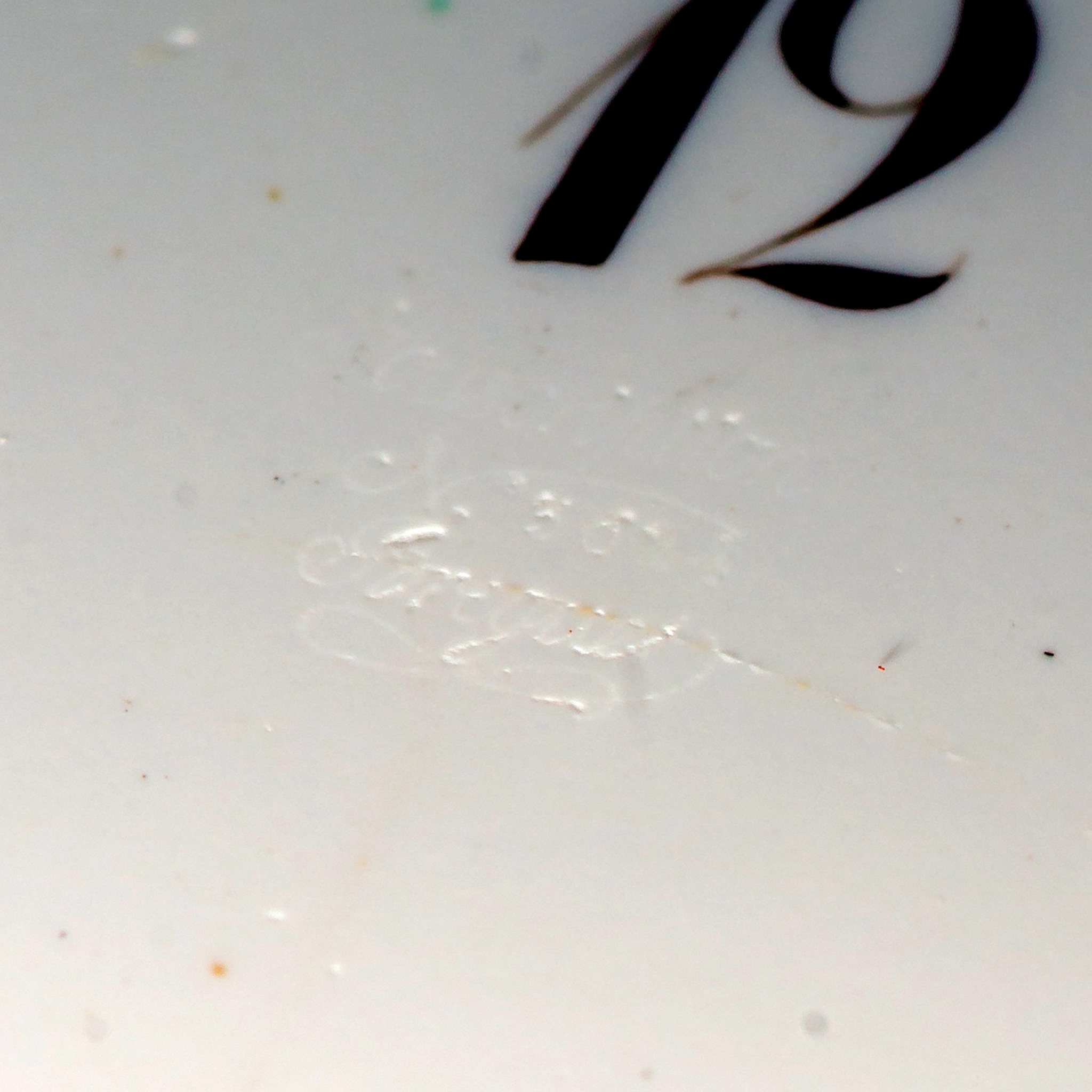 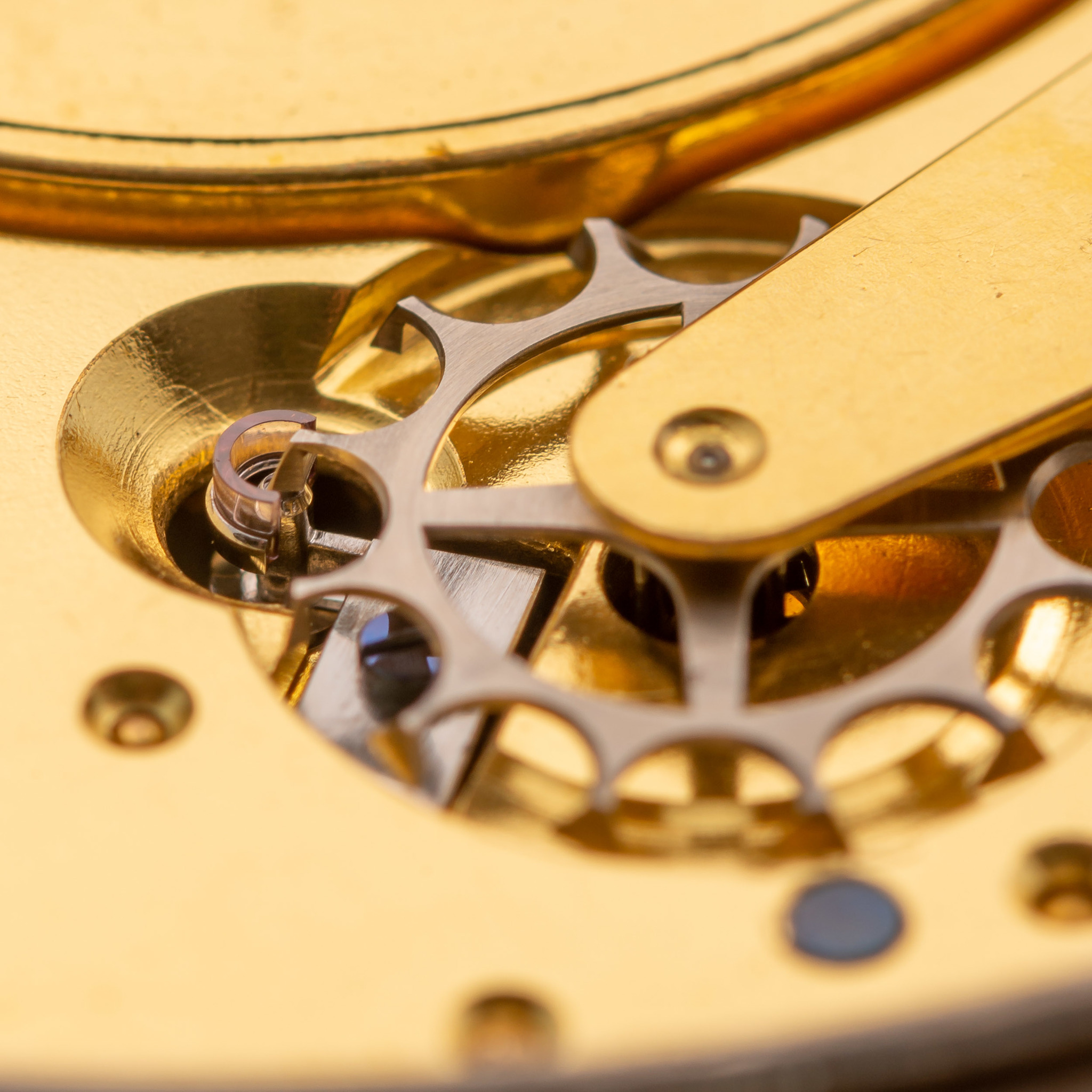 The Breguet Archives mention that this watch was sold to Demidoff, on June 21, 1821, for the amount of 611.10 Francs. Originally the watch was accompanied by the Certificate No. 2 359.
The watch is made by Breguet on an older ébauche dating from the early 19th century and bearing the No. 134.
We would like to thank Mr. Emmanuel Breguet, Montres Breguet S.A., Vice President, Head of Patrimony, for kindly providing us with the above-mentioned historical information from the company’s Archives.

Breguet’s“Souscription”
Abraham-Louis Breguet (1747-1823) conceived of the idea for the “souscription” watch in 1794. It was one of the many “inventions” resulting from his period of forced exile in Switzerland during the French Revolution. The concept was both simple and brilliant: to offer his clients a watch that was ordered in advance and delivered upon completion.
In silver, with the gold rims being the only decoration, the “souscription” watches were of a large diameter allowing the enamel dial to be divided in such a way that both hours and minutes could be read from a single hand. The movements had a single plate, the spring barrel mounted in the centre and the wheels elegantly positioned and retained by bridges. The single hand was driven directly off the barrel arbour, eliminating the motion work and the intendant friction, and the ruby cylinder escapement was fitted with a parachute (shock protector) and a compensation curb to assist in correcting temperature errors; features that were the norm for all of Breguet’s first class watches.
To further reduce the selling price, Breguet decided to produce these watches in small series (between 12 and 20 examples at a time), with the buyers paying an account of 25% in advance and the balance on completion. Hence the term “de souscription” (by subscription).
The success of these watches enabled Breguet to both re-establish his business, which had understandably been badly affected by the French Revolution and his exile, and to finance much of his research into other areas of horology.
Breguet will then produce some gold “souscriptions” and others “à tact”.
The success of these timepieces encouraged other watchmakers – whether pupils of the master or not – to produce them. While these were duly signed by these watchmakers (such as Charles Oudin), others produced them by forging Breguet’s signature. These watches were often produced in Switzerland (Geneva or the Neuchâtel mountains).
For a note on the history and development of Breguet’s “Souscription” watches see the catalogues:
· Antiquorum, Geneva, auction, April 14, 1991, The Art of Breguet.
· Antiquorum, Geneva, auction, October 18, 1997, lots 13-15, 17-20, 37, 116, 124.
· Antiquorum, Geneva, auction, October 14-15, 2006, pp. 32-33.

Demidov or Demidoff
The Demidov family, also Demidoff, was a prominent Russian noble family during the 18th and 19th centuries. Originating in the city of Tula (193 kilometres south of Moscow, on the Upa River) in the 17th century, the Demidovs found success through metal products, and were entered into the European nobility (1720) by Peter the Great (1672-1725), Tsar of All Russia (1682-1725). Their descendants became among the most influential merchants and earliest industrialists in the Russian Empire, and at their peak were predicted to be the second-richest family in Russia, behind only the Russian Imperial Family. The Demidov family lost a great part of its fortune after the February Revolution of 1917, but continues to exist under the rendering Demidoff.