The Watch of Alexandre Berthier, 1st Prince of Wagram, Sovereign Prince of Neuchâtel, Marshal of the Empire, Minister of War and chief of staff to Napoleon

18K yellow gold, open-face, key-winding, round-shaped, pocket watch, with special escapement and one horological complication:
Three-piece case “Empire” with guilloché (engine-turned) case-back and case-band. Case-back engraved in taille-douce (fine-cut) and black enamelled in champlevé with the cypher “A B”. 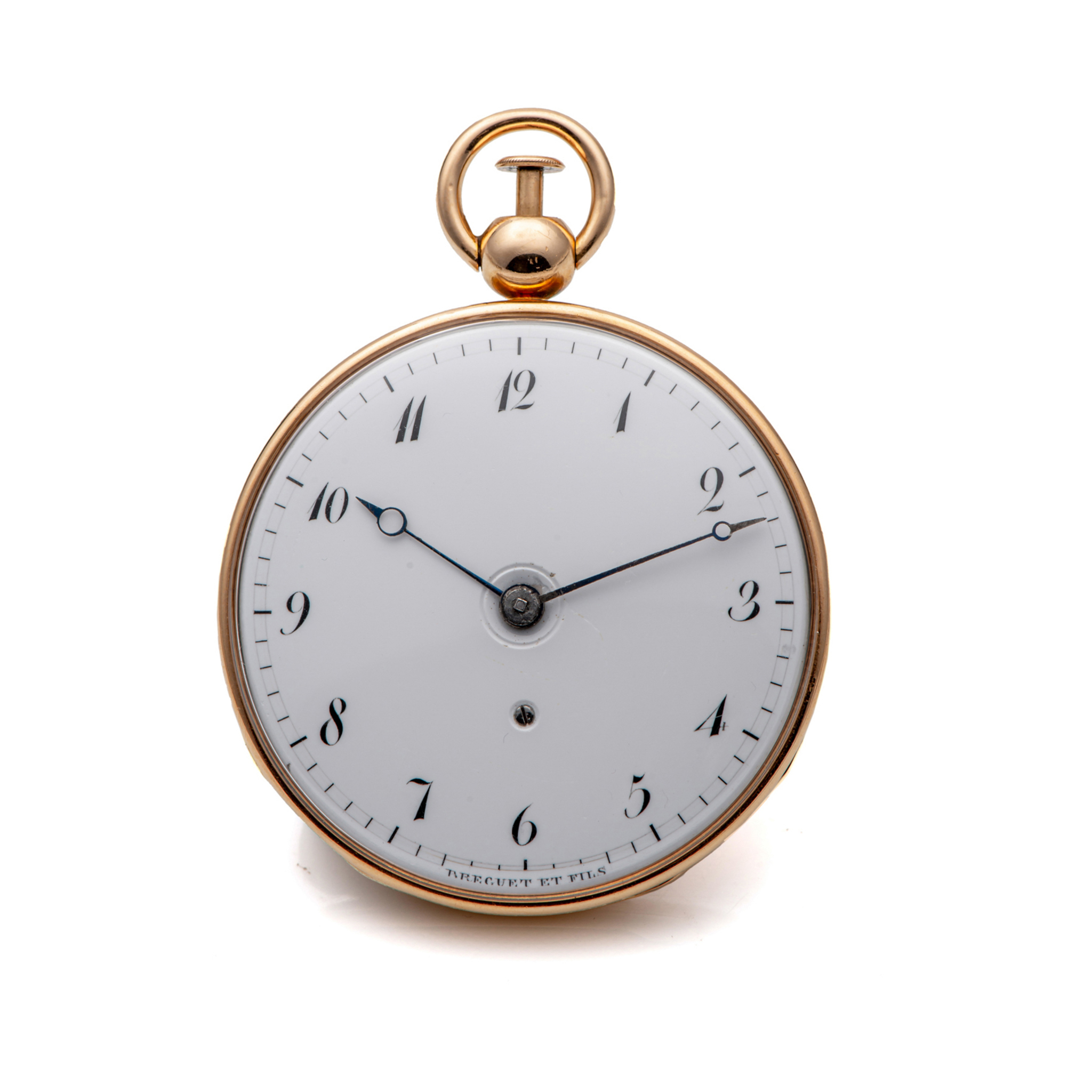 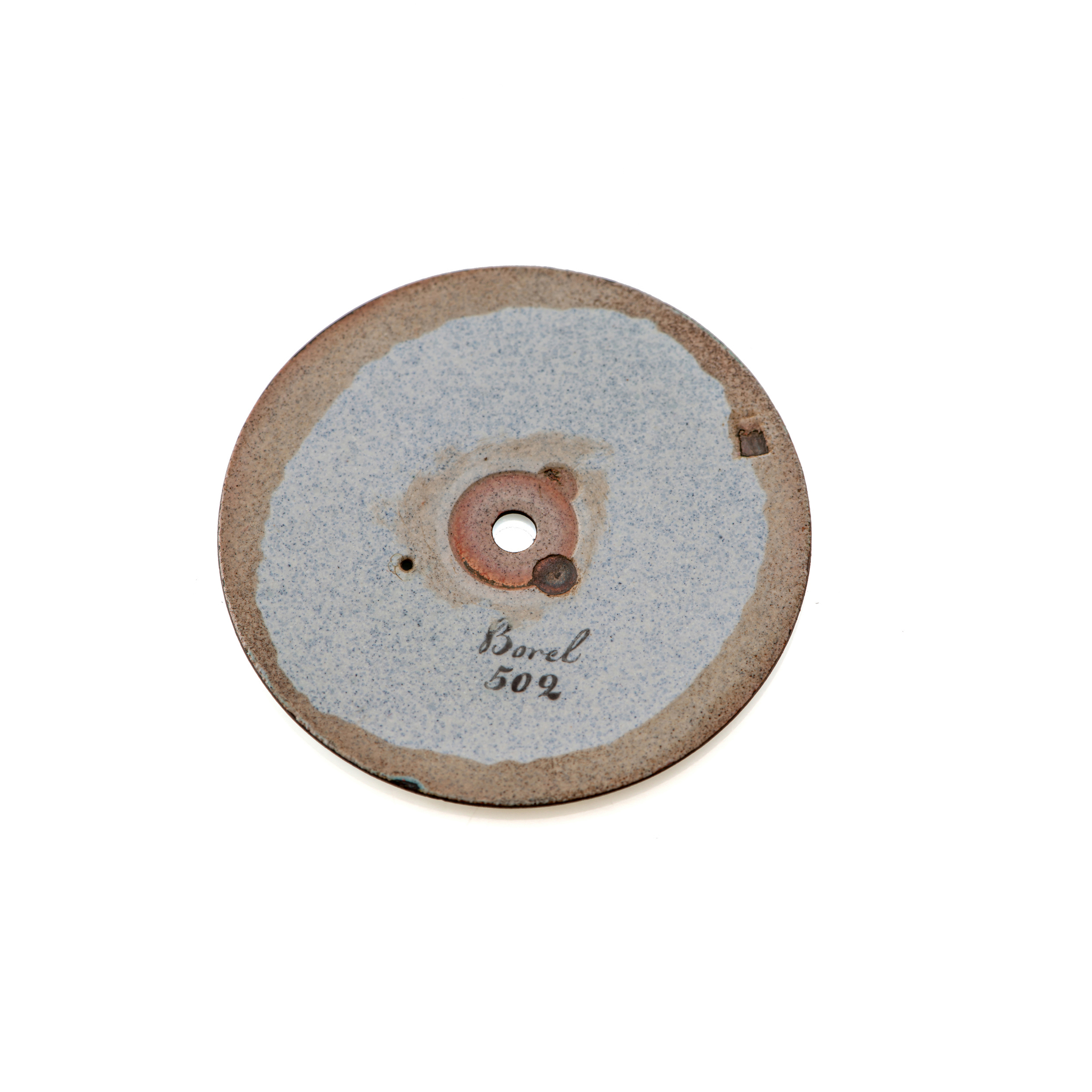 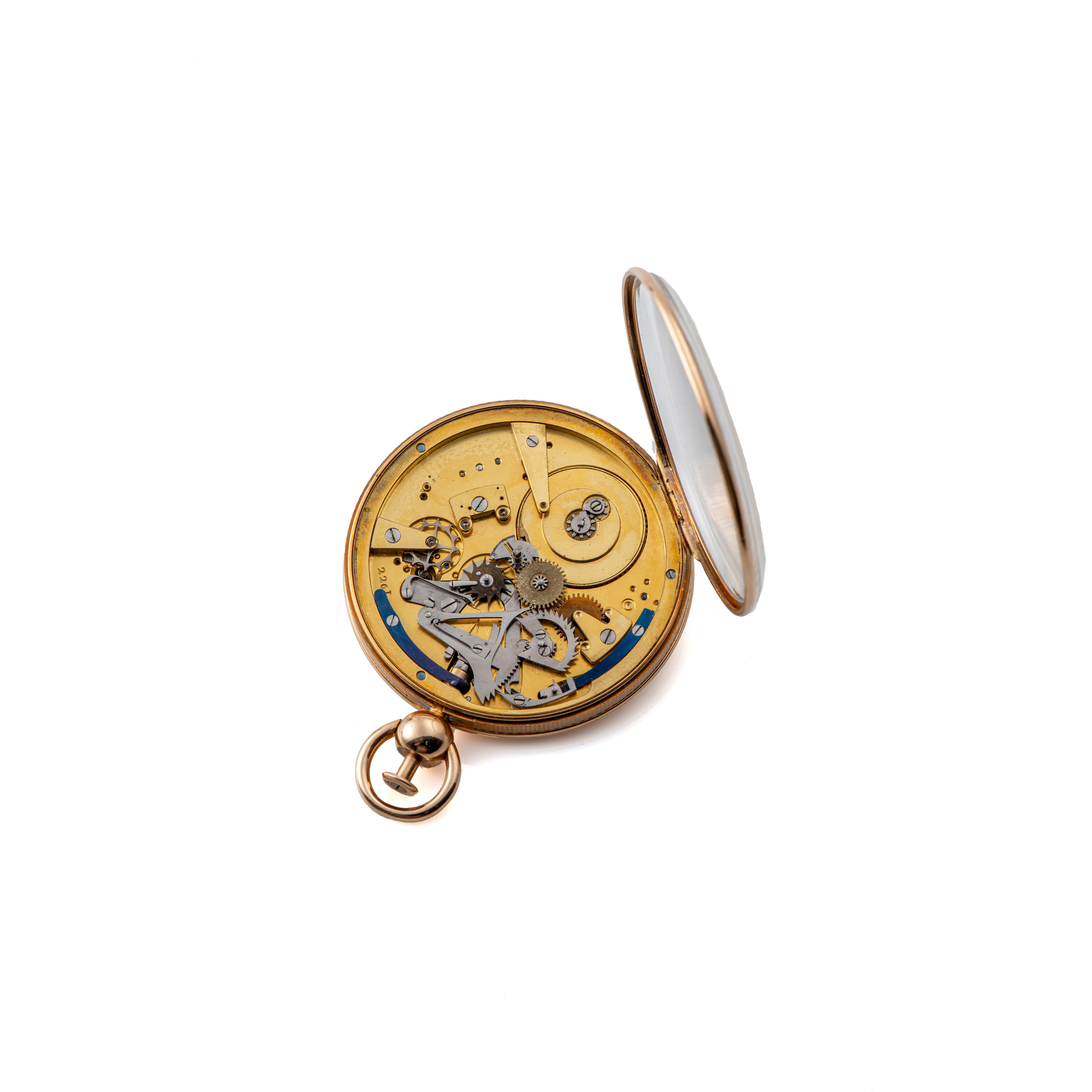 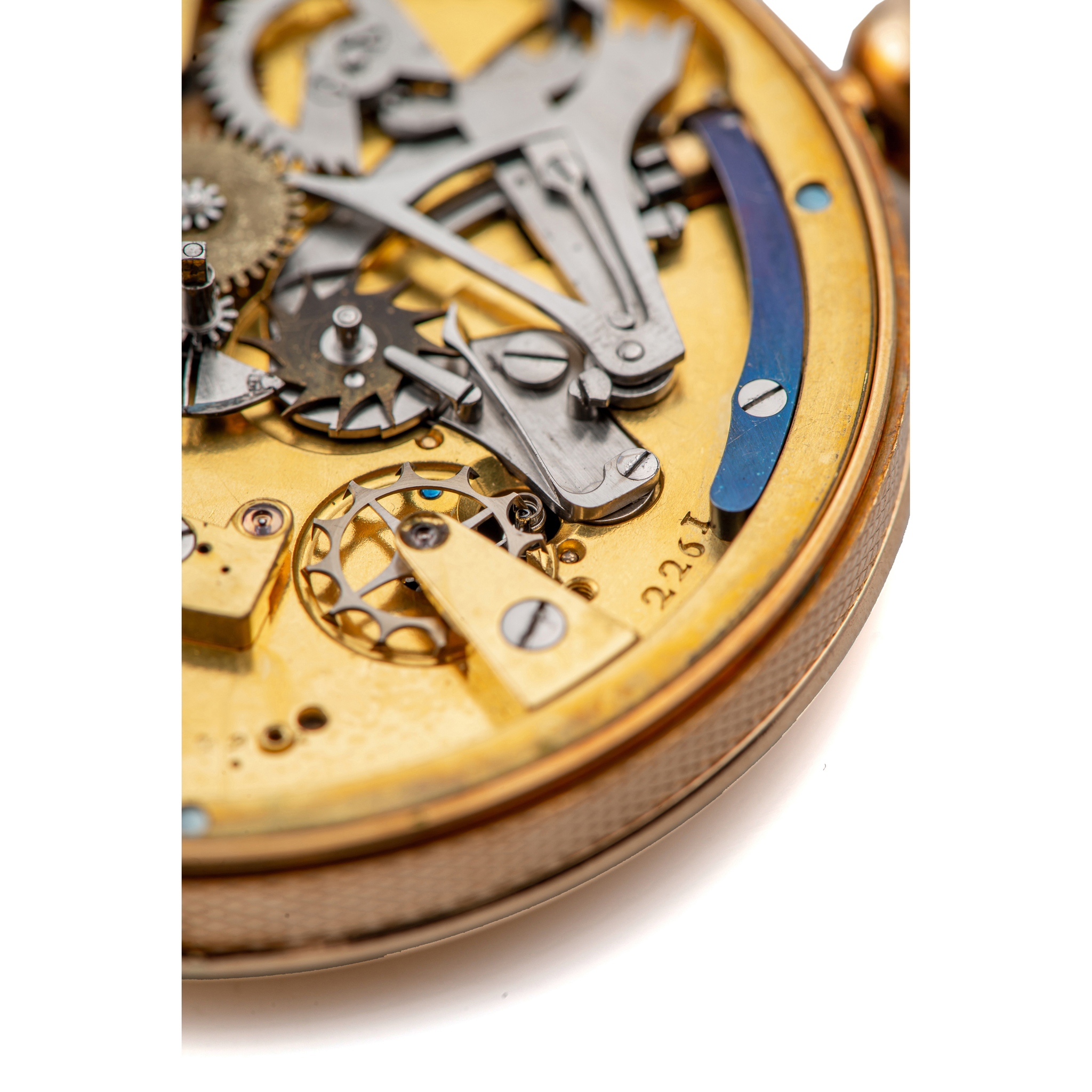 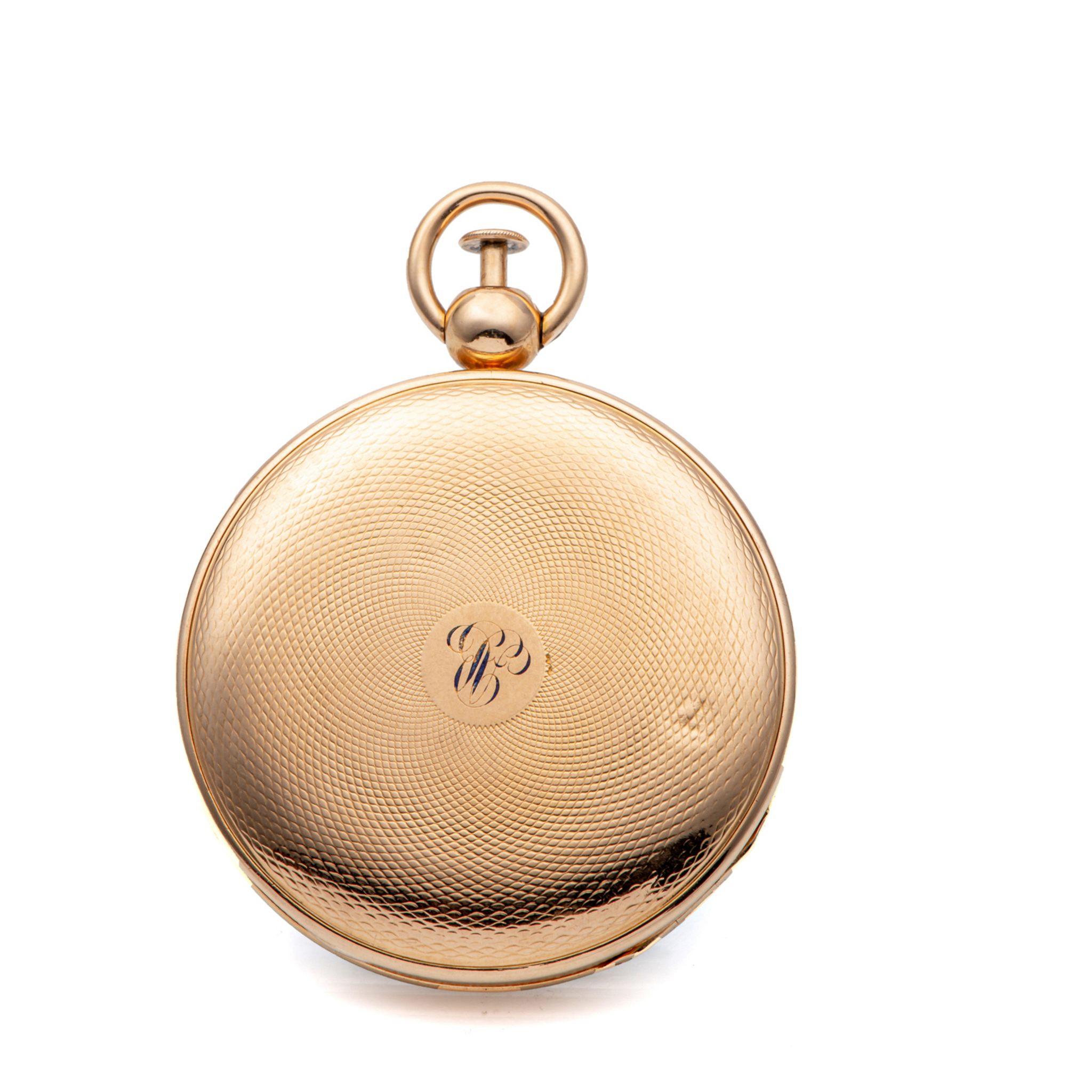 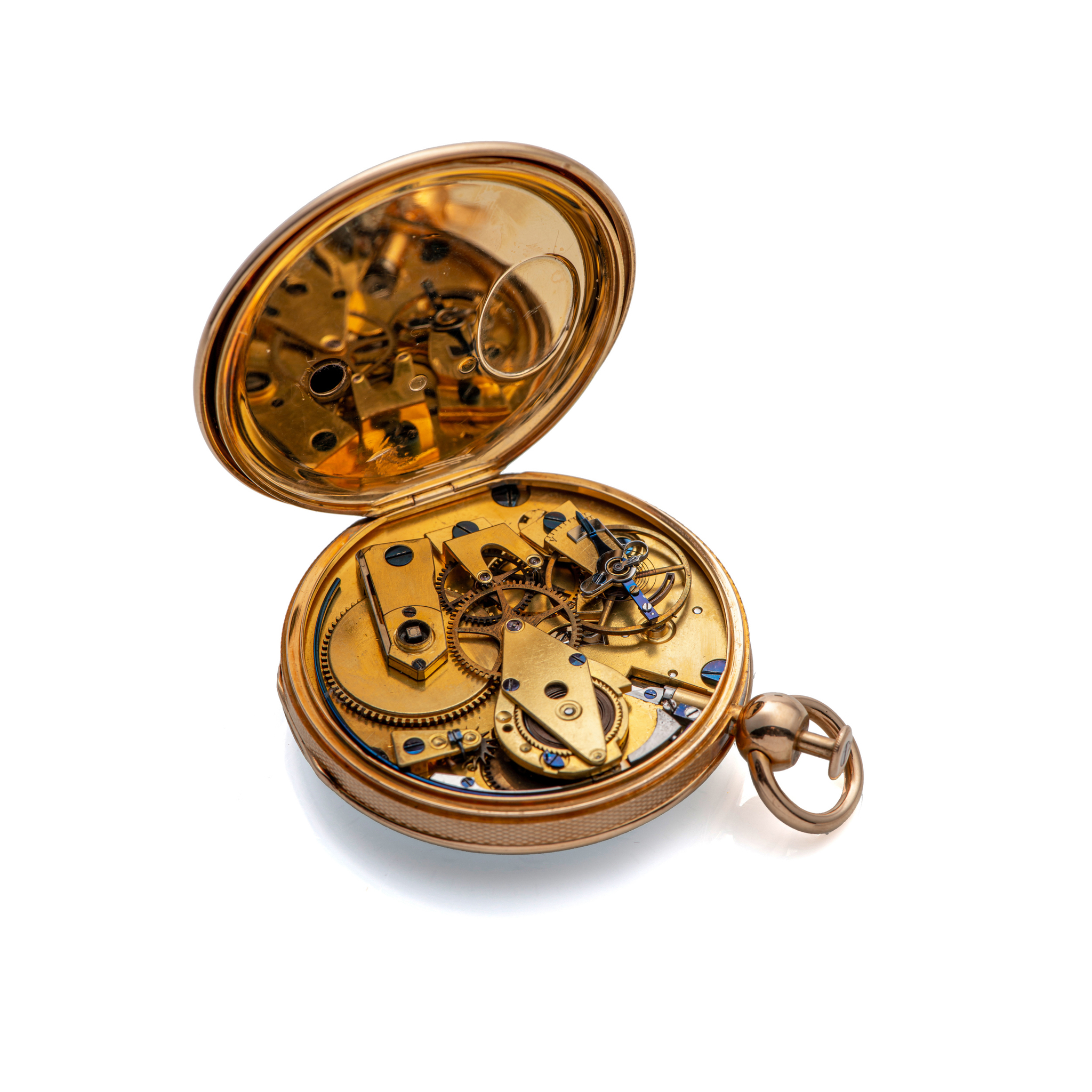 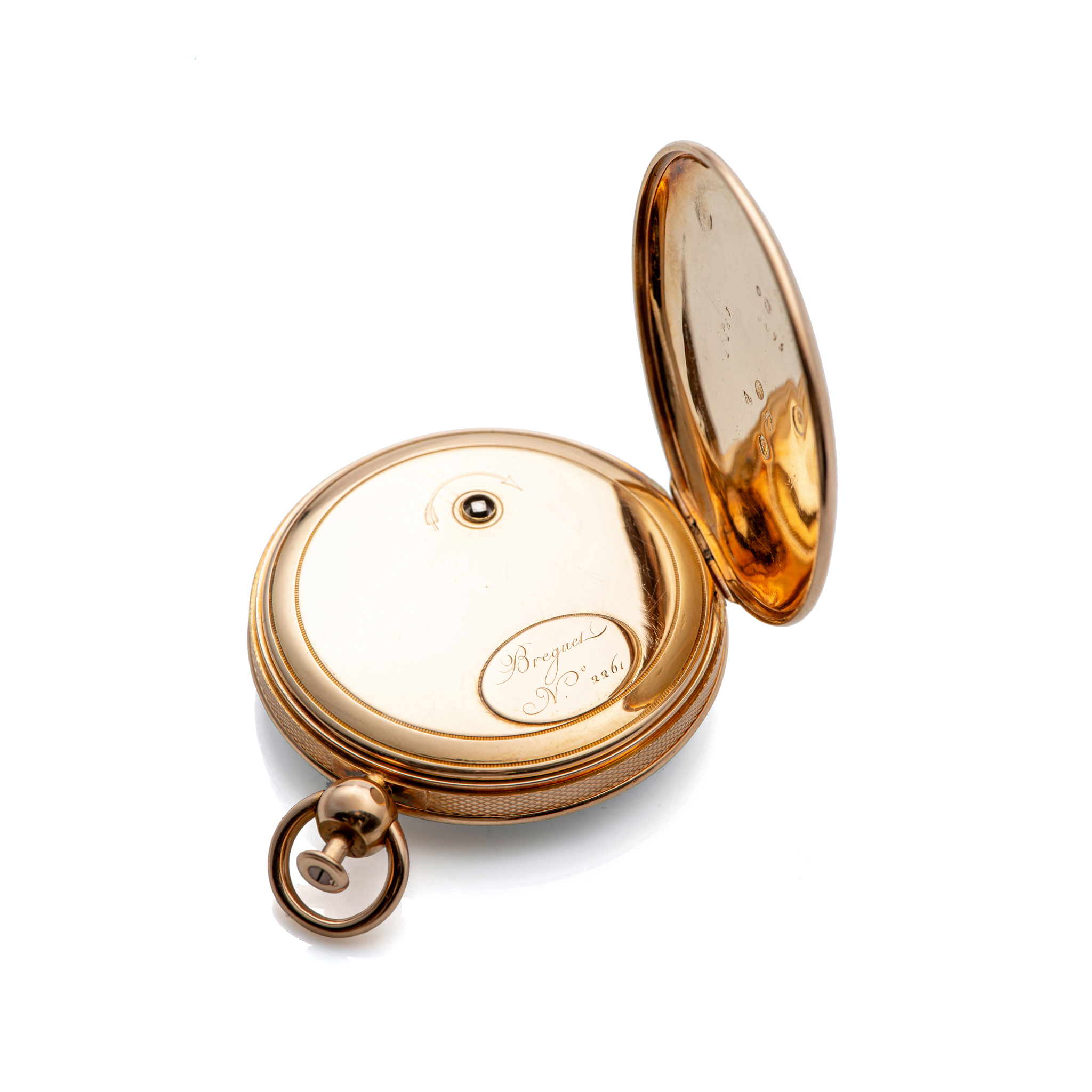 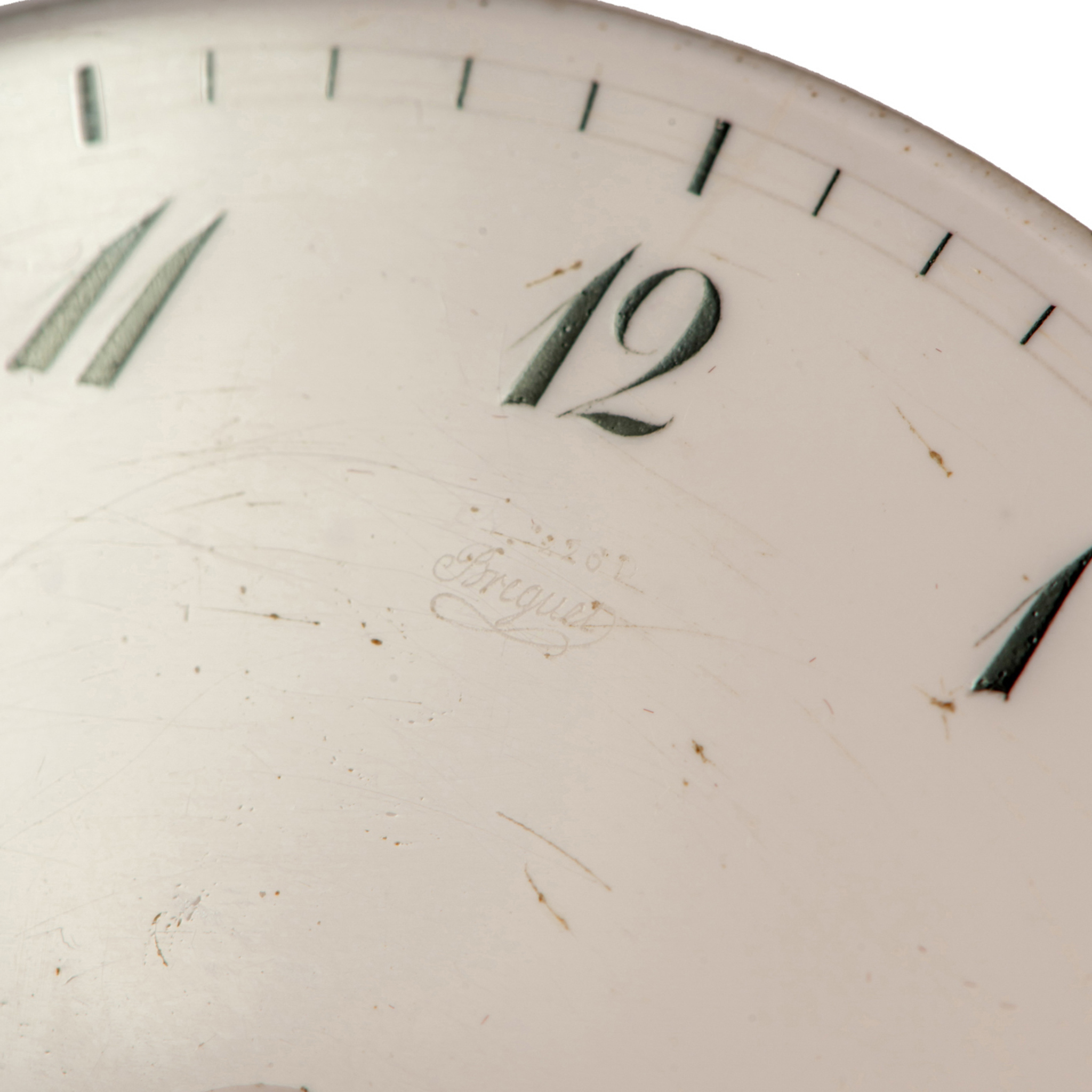 At that time, it was Alexandre Berthier (1753-1815) who held this title. He was one of the most important figures in the Napoleonic epic.

Sovereign Prince of Neuchâtel and Valangin, 1st Prince of Wagram, French General and later Marshal of the Empire, Minister of War and chief of staff to Napoleon.

Born of parents who were both in the service of the King, he became an engineer-geographer like his father and took part in the American War of Independence. A colonel in 1778, he joined the National Guard and later served as chief of staff under various generals, the most notable being Napoleon Bonaparte. Berthier took part under his orders in the Italian and Egyptian campaigns and supported the coup d’état of 18 Brumaire. Under the Consulate, he received the portfolio of the Ministry of War, which he held until 1807. When the imperial regime was established in 1804, Napoleon elevated him to the dignity of Marshal of the Empire and then made him Sovereign Prince of Neuchâtel and Valangin in 1806.

As major-general of the Grande Armée – the equivalent of chief of staff – Berthier took part in all the campaigns of the Empire: he proved to be a talented officer, with a great capacity for work and an intuitive understanding of the Emperor’s intentions, of whom he was one of the main collaborators. However, he rarely exercised command on the battlefield, where he proved to be a poor strategist, as at the beginning of the Austrian campaign in 1809. He was made Prince of Wagram and Colonel General of the Swiss the same year, and remained at the Emperor’s side until the latter’s abdication in 1814. He then rallied to Louis XVIII who made him a Peer of France. Returning to his family in Bamberg, he died defenestrated there, in circumstances that are unclear, on June 1st, 1815.

His death, which occurred shortly before the Battle of Waterloo, affected Napoleon, who said of him: “Nul autre n’eût pu le remplacer” (No one else could have replaced him).