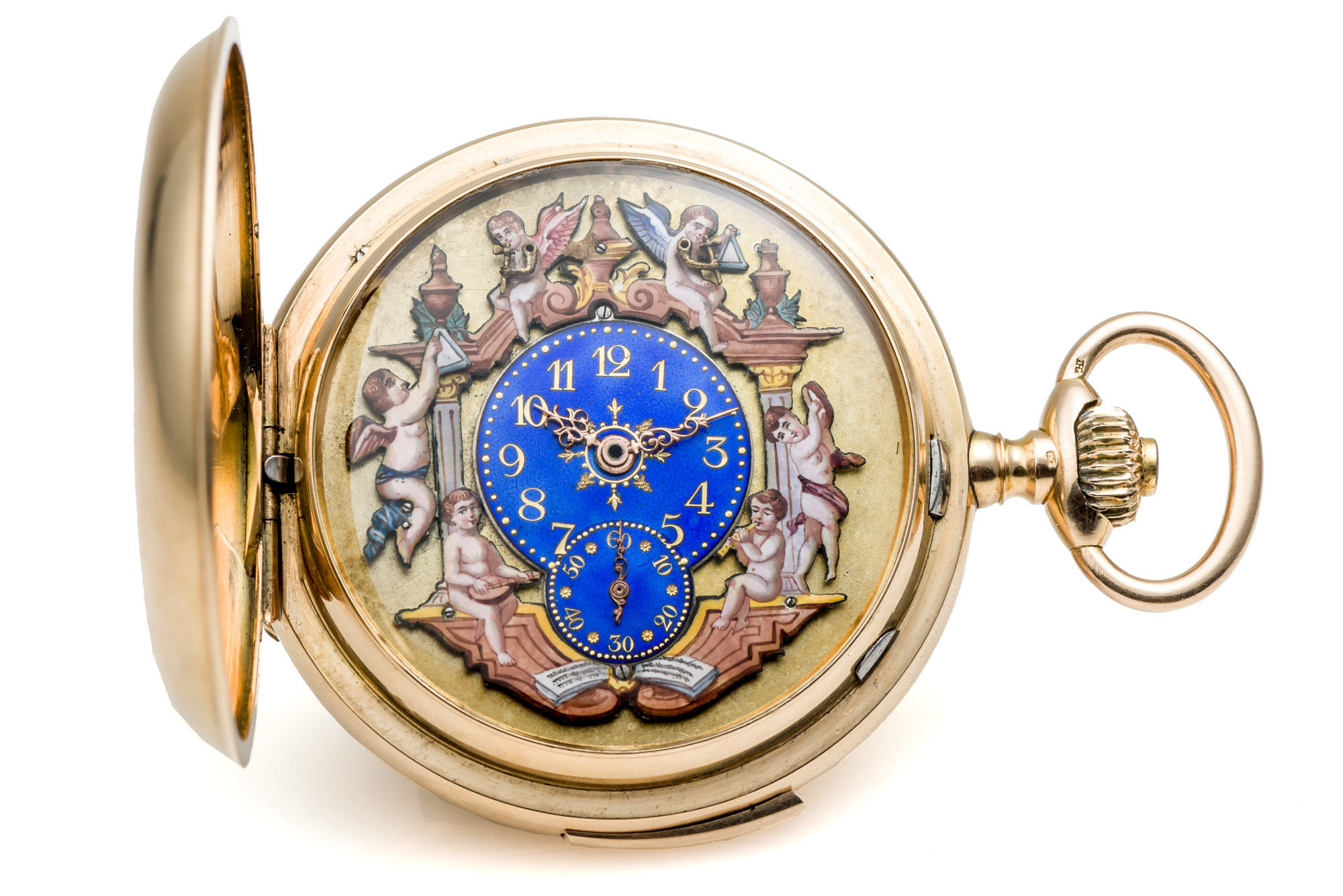 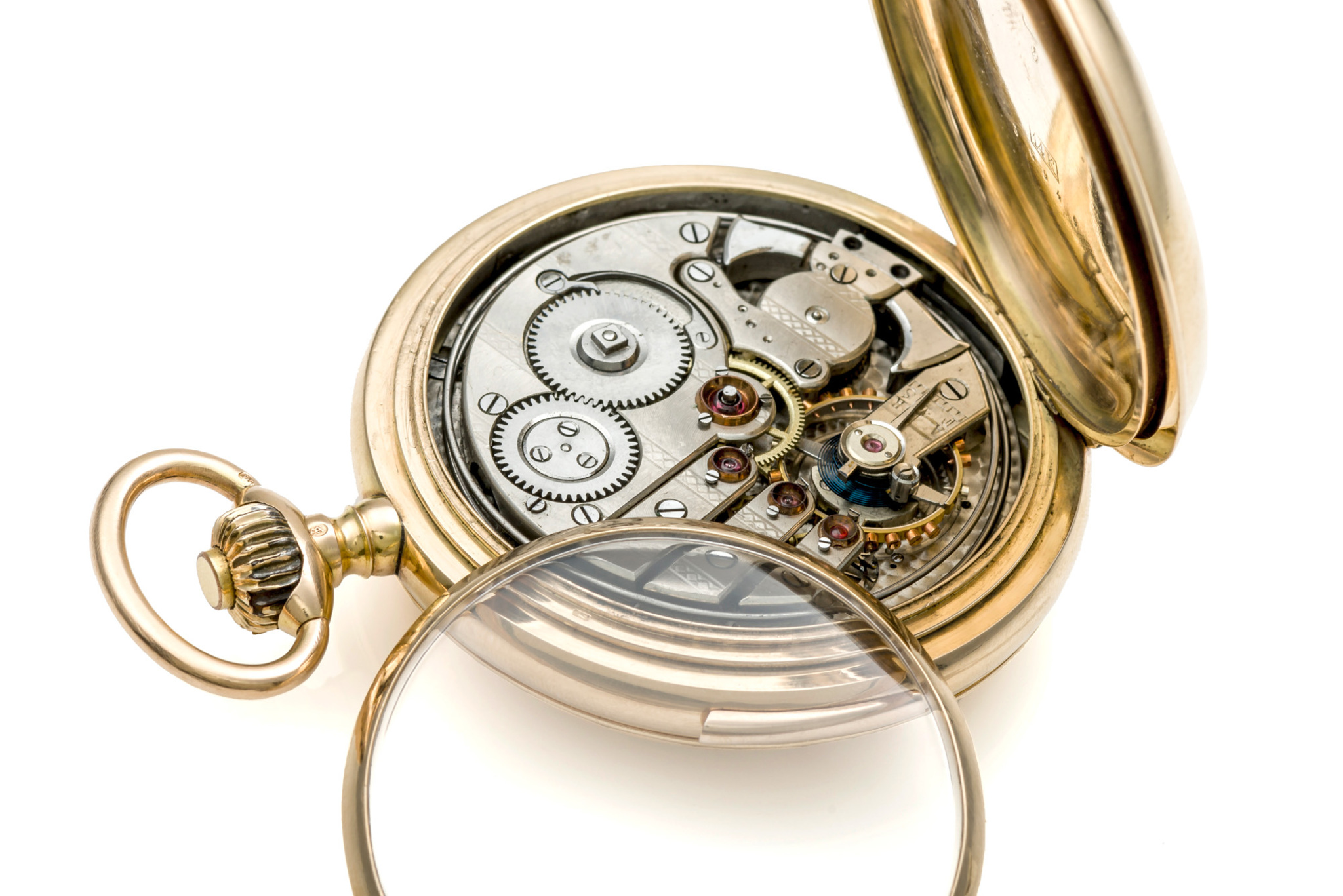 A fine and rare, large, minute-repeating, 14k gold, hunting case with painted enamel pocket watch with automaton jacks with three actions and a very unusual feature being the cherub to the left of the dial that rises and falls upon activation of the repeating.

The watch presented here is of an extremely rare type. In fact, watches with quarter- and minute-repeater, with Jacquemarts (jacks), are not common at the end of the 19th century. This model is even rarer because it is fitted with an automaton - a cherub - which when the striking is activated and goes up and down along a column. The idea was not new then; at the beginning of the 19th century, there are a few rare pieces striking on request on the quarters where two little cherubs go up and down along two columns when the strike device is activated (see for example: Antiquorum, Geneva, October 13, 2001, lot 593, sold for the amount of CHF 23 000.; former Ruscitti Collection, No. 58). Dating from the very end of the 19th century, only a few rare pieces are listed today, with a cherub going up and down along a column on the left of the dial (see for example: Unsigned, No. 12 652, with minute-repeater by three hammers on three gongs; Antiquorum, Geneva, March 11, 2012, lot 369, sold for the amount of CHF 43 750.-;Sotheby's, Hong Kong, April 7, 2013, lot 2,457, sold for the amount of HKD 275 000.-). The repeater watches with automata of the Belle Epoque