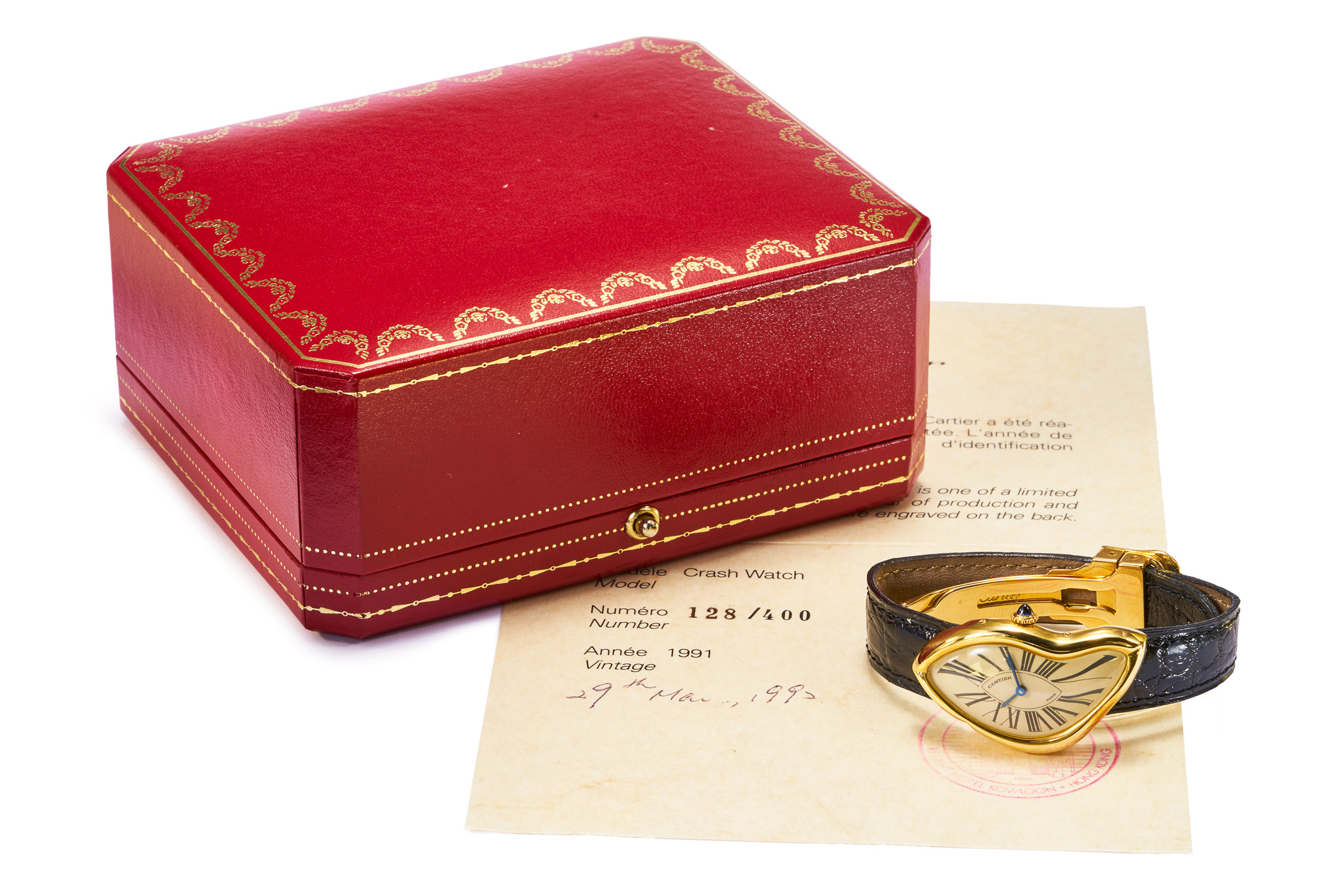 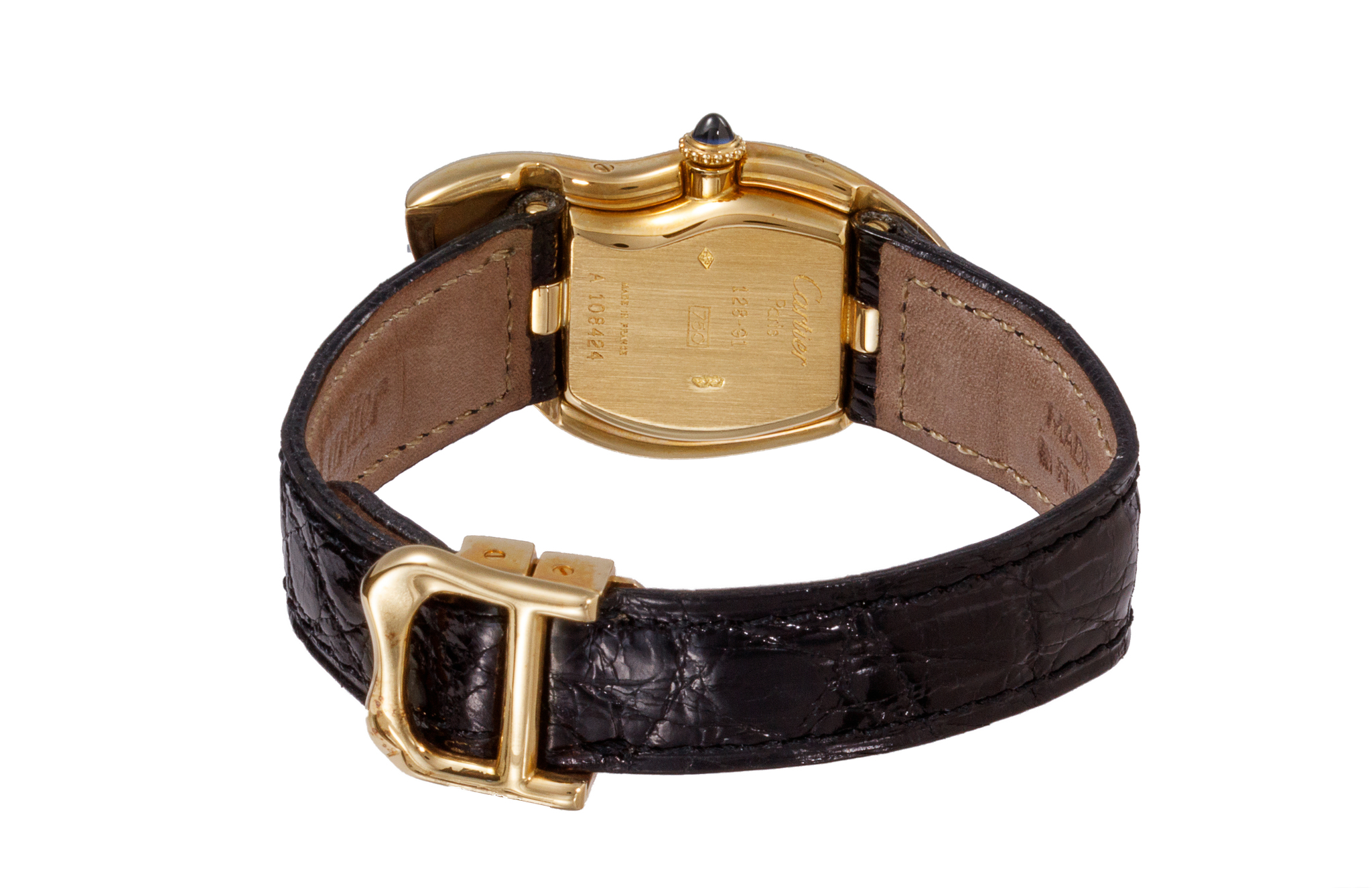 The original Certificate mentioned that this watch was sold on March 29, 1992.
--
Cartier, “Crash Watch”
The “Crash” model was launched in late-1967 by Cartier, London. According to one story, a Vice-President of Cartier London was involved in a car crash and ensuing fire. His watch, a Cartier “Baignoire Allongée”, melted from exposure to high temperatures, coming to resemble the surrealistic watch in the Salvador Dali painting, The Persistence of Memory (1931, oil on canvas, 24.1 x 33 cm.; New York, Museum of Modern Art, MoMa, Floor 5, 517, The Alfred H. Barr, Jr. Galleries, Inv. 162.1934).
This inspired Cartier designers to create the psychedelic “Crash Watch”. Only about twenty original watches of this model are known, with dials signed “Cartier / London”. This model is one of the most iconic watches made by the legendary jeweller; a legend born in the “Swinging London” of the 1960’s.
In 1991, a limited edition of 400 examples was released; the modern version is marked “Paris” on the dial and case-back. The deployant buckle designed for the series also looks like it was in a crash.
Theses watches were exclusively sold in the London Cartier boutique with multiple-year waitlists.
In 1993, a special platinum edition was made for the Geneva Salon International de la Haute Horlogerie (SIHH).
In 2001, Cartier launched the 18K pink gold and 18K white gold versions, with diamond-set bezels, Ref. 2463.
Bibliography
Barracca, Jader, & Negretti, G., & Nencini, F., Le Temps de Cartier, p. 295.