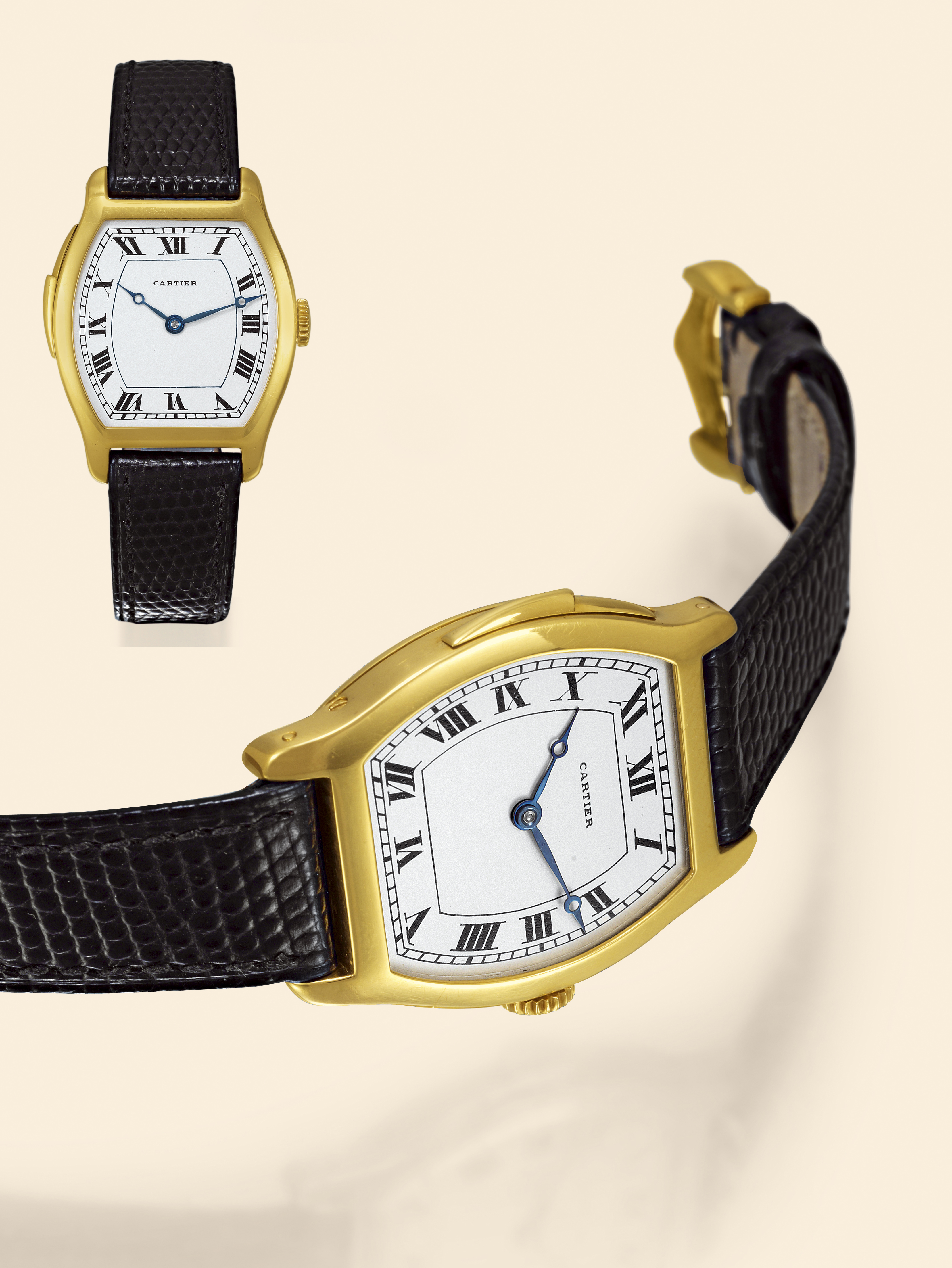 This watch is the earliest known minute-repeating wristwatch made by Cartier.
A similar watch, number 22302 was sold by Antiquorum on October 19th 2002, lot 60, and is also published in "Le Temps de Cartier", by Jader Barracca, Giampiero Negretti and Franco Nencini, p. 206.

Cartier
In 1847, Louis-François Cartier took over Adolphe Picard's jewelry workshop at 31, rue Montorgueil in Paris. This established the House of Cartier.
At the time, Napoleon III ruled France. After a period of unrest, Paris once again became alive with celebrations and balls. The splendors of the Second Empire contributed favorably to Cartier's expansion. Cartier grew as a result of the patronage of Princess Mathilde, the Emperor's first cousin, and, in 1859, moved into premises at 9 Boulevard des Italiens, in the heart of fashionable Paris. Louis-François Cartier attracted the favors of the Empress Eugénie and formed a strong bond of friendship with Worth, the great couturier of international renown. This helped develop close connections for years to come. In 1899, Cartier moved to the prestigious premises at 13 rue de la Paix, the heart of elegance and luxury, where Cartier continues to reside. At last Cartier had created an image worthy of his aspirations. At that time, Alfred Cartier entrusted his three sons with the international future of the House of Cartier.
Two generations later, Cartier had firmly established itself as the most prestigious jeweler in the world. With the brilliant clock maker, Maurice Couët, Cartier developed and excelled the making of mystery clocks (based on Robert Houdin's principle dating from circa 1850). The most beautiful of these are six "Portico" and twelve "Chinoise" clocks. These clocks are to Cartier what Imperial Easter Eggs are to Fabergé.
Wristwatches, in stock since 1888 according to the Cartier archives, knew enormous success with the introduction of the Santos model in 1911. The prototype was given by Louis Cartier to the Brazilian aviator Alberto Santos-Dumont in 1904. Under Louis Cartier's management, the company was tirelessly innovative. Without a doubt, he revolutionized the art of jewelry in all its forms, taking Haute Joaillerie, clock-making and accessories to the summit of art: The Art of Cartier. At the same time, he laid the groundwork for a new form of luxury consumption.
The year 1979 marked the historic unification of Cartier's worldwide interests with the formation of Cartier Monde, which reunited and controlled Cartier Paris, Cartier London and Cartier New York. In 1989 and 1990 the first major exhibition of the Cartier Collection was staged, at the request of a museum of international renown. Entitled "The Art de Cartier," it was held at the Musée du Petit Palais in Paris. In 1993, the Vendôme Luxury Group was created by Joseph Kanoui, president of Cartier Monde. Today it includes the following brands: Cartier, Alfred Dunhill, Montblanc, Piaget, Baume & Mercier, Vacheron Constantin, Lancel, Chloé, Sulka, Hackett, Seeger and James Purdey and Sons.
Cartier International, one of the world's leading luxury goods companies, designs, manufactures and distributes all of Cartier's products. The company markets a broad range of luxury products, including jewelry, watches, pens, lighters, silver and crystal, through a global network of Cartier stores and authorized dealers located in 123 countries.