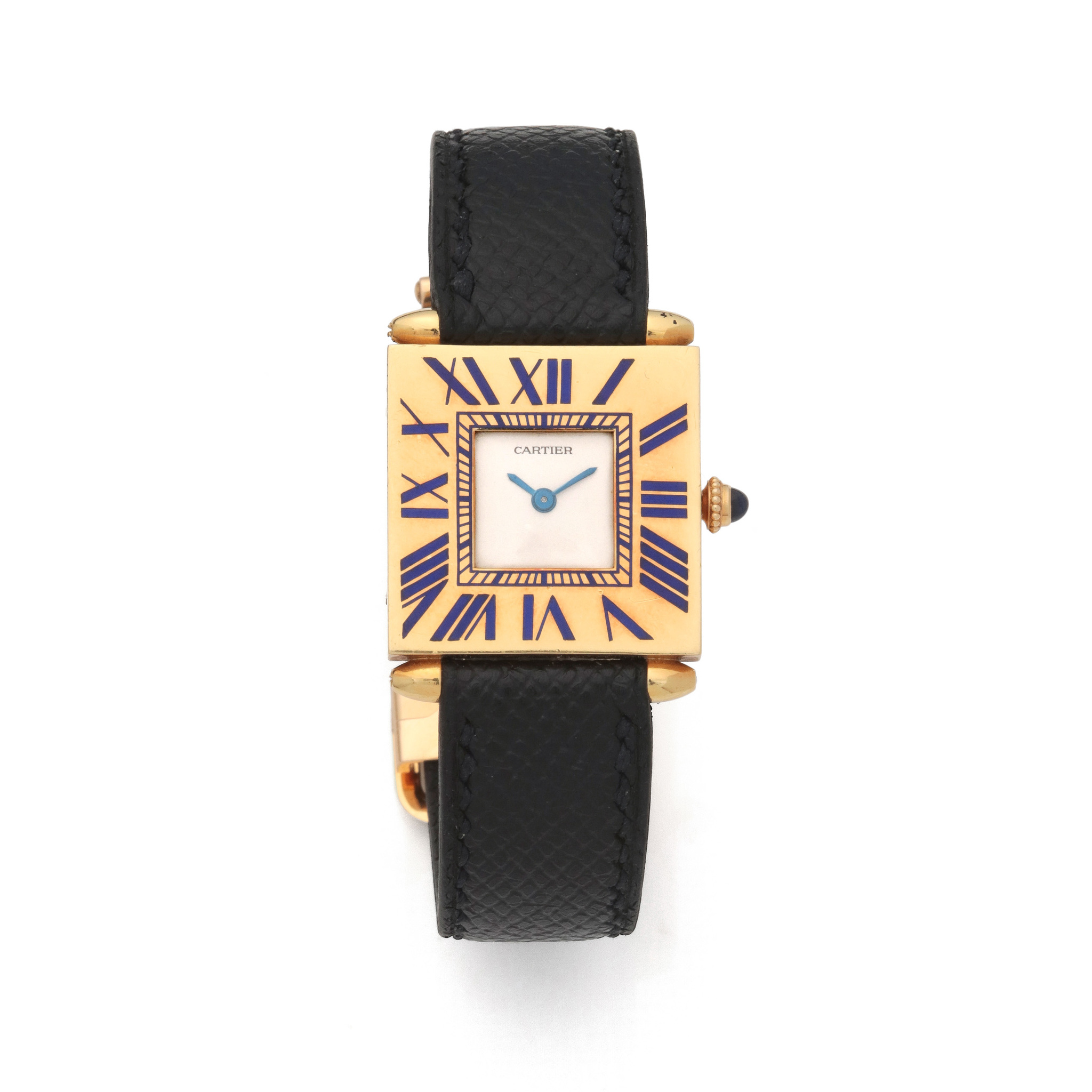 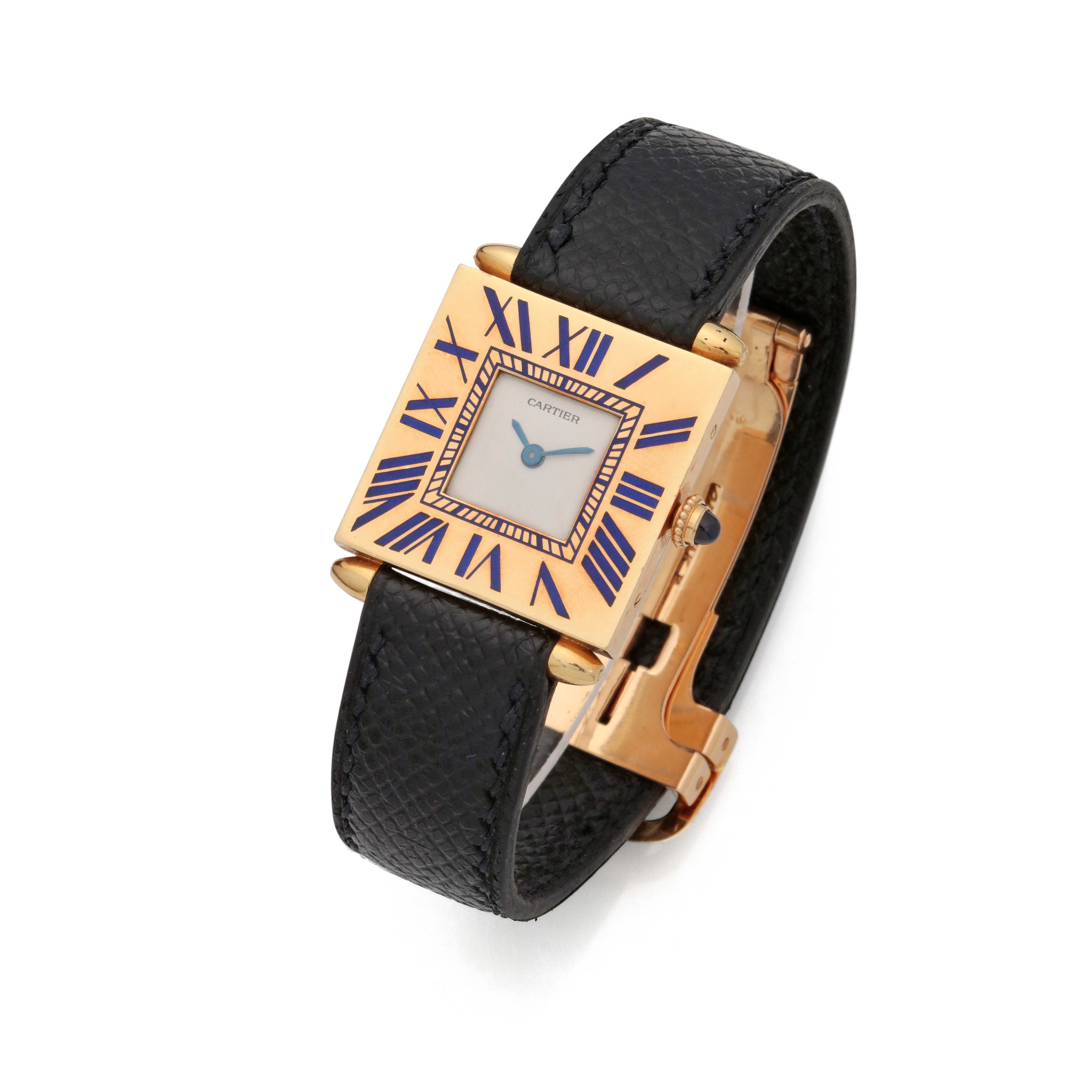 Designed in 1917 by Louis Cartier, the Cartier Tank is probably the most emblematic model from the Cartier manufacture. It was introduced in 1918, and entered full production in 1919, when six pieces were built. Its lines and proportion are inspired by the Renault tanks used on the Western Front during the First World War. Several variations of the watch have been released by Cartier, including the Tank Louis in 1922, the Tank Americaine in 1989, and the Tank Française in 1996. The watch presented here is called Tank Obus due to the design of the lugs in shape of bullets. Introduced in 1923 – just a year after the Tank Chinoise – contrary to the regular Cartier Tank, which has a rectangular case, the Tank Obus has a squared case. The last Tank Obus was released in 1998 for the Collection Privée Cartier Paris series.

According to oral tradition, this watch belonged to Thierry Le Luron (1952-1986) who was one of the most famous French humorist and dandy in Paris, in the 1970s and 1980s. Indeed, the watch came initially onto the market through Martine Simon-Le Luron, the eldest sister of Thierry Le Luron. Famous for his talent and sartorial elegance, he was very fond of the Cartier Tank model, which he wore almost his whole life.