Very fine and magnificent, object-watch in the shape of an inkstand; yellow gold and black crystal agate 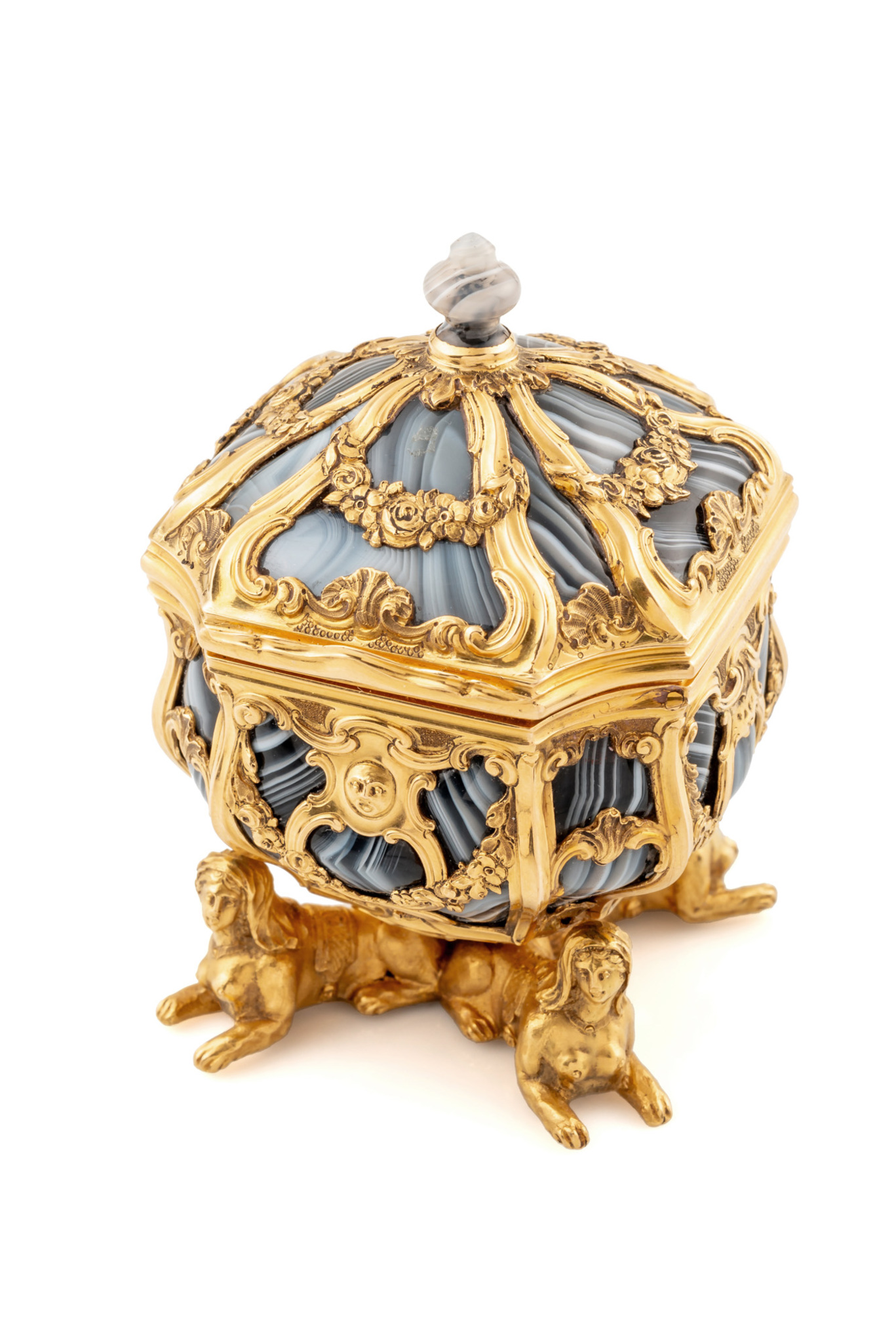 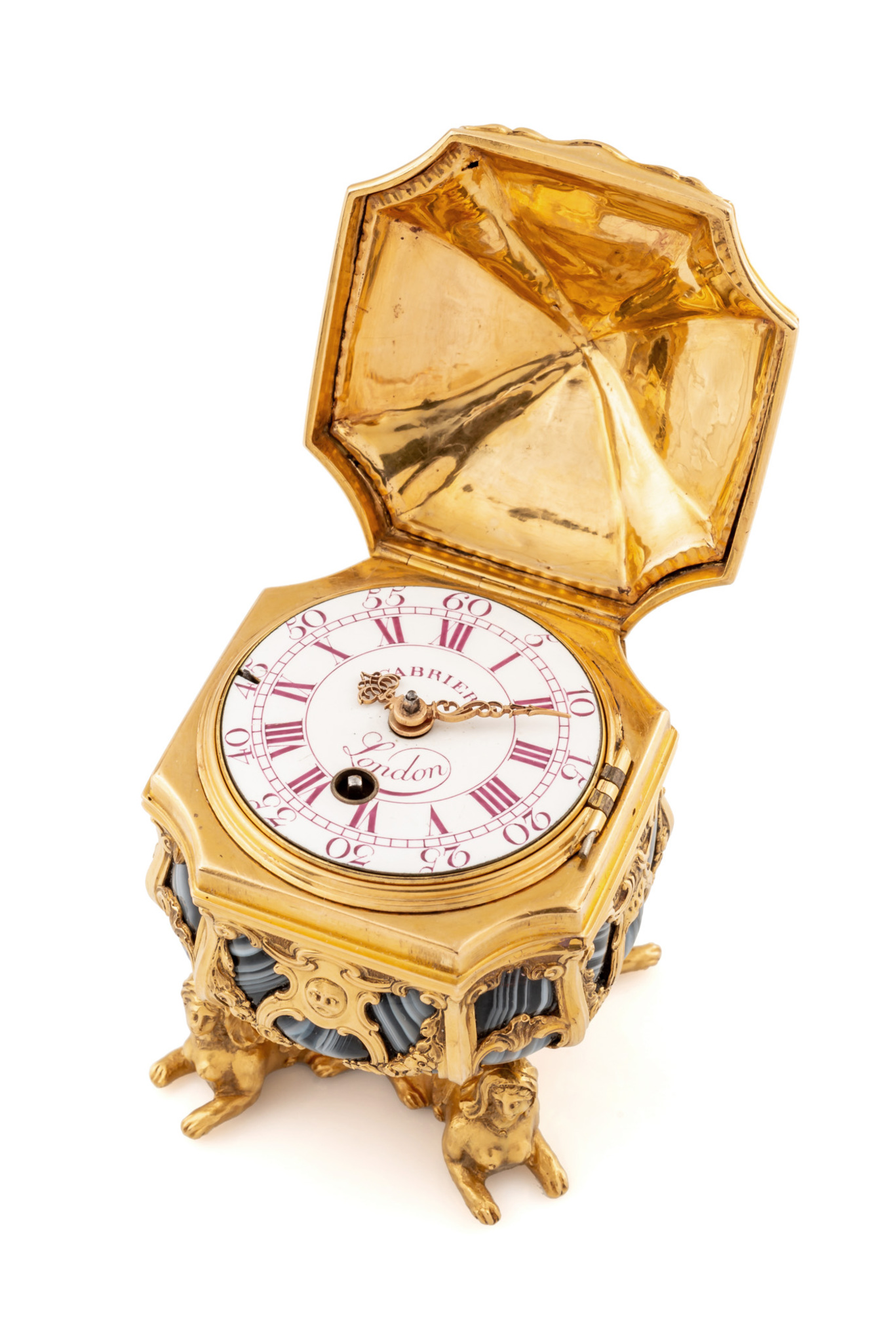 Yellow gold and black crystal agate, George III, object-watch in the shape of a concave corner square inkstand. Cabinet mounted in a cage-work of gold chases with scrolls and garland of flowers and black crystal agate panels; the top of the lid with a small nipple; the whole rests on a base formed of four sphinxes; dial with burgundy roman numbers. Museums as the Patek Philippe Museum in Geneva and the Museum of the Forbidden City in Beijing kept examples of this type of watch-object in their collection; the last proving that this type of object was also made for the Chinese market. Charles Cabrier, the father, was admitted into the Clockmakers Company in February 1697-1698 as a “Freeman” by redemption. In 1717, he took his son, Charles Cabrier Junior, as apprentice, freeing him in 1726. Baillie lists Cabrier in Lombard Street. In 1730, a Cabrier is mentioned at the Dial, Tokenhouse Yard, in the parish of St. Margaret Lothbury. Charles Cabrier Junior, became an eminent maker and in 1757 he was elected Master of the Clockmakers Company. His watches are in many museums, including the British Museum and the Guildhall Museum in London, the Metropolitan Museum of Art in New York, the Patek Philippe Museum in Geneva, etc. Both Cabriers had strong ties with continental watchmakers, among others with “Cabriere” in Amsterdam. The son of Charles Cabrier Junior, also named Charles, became an eminent watchmaker in his own right, which sometimes leads to difficulties in attribution.