18K yellow gold, hunting-case, keyless-winding, round-shaped, pocket watch, with one horological complication:
· 1/5 second chronograph (activated by the round push-piece located on the case-band at 12 o’clock) with outer ring divided in 300 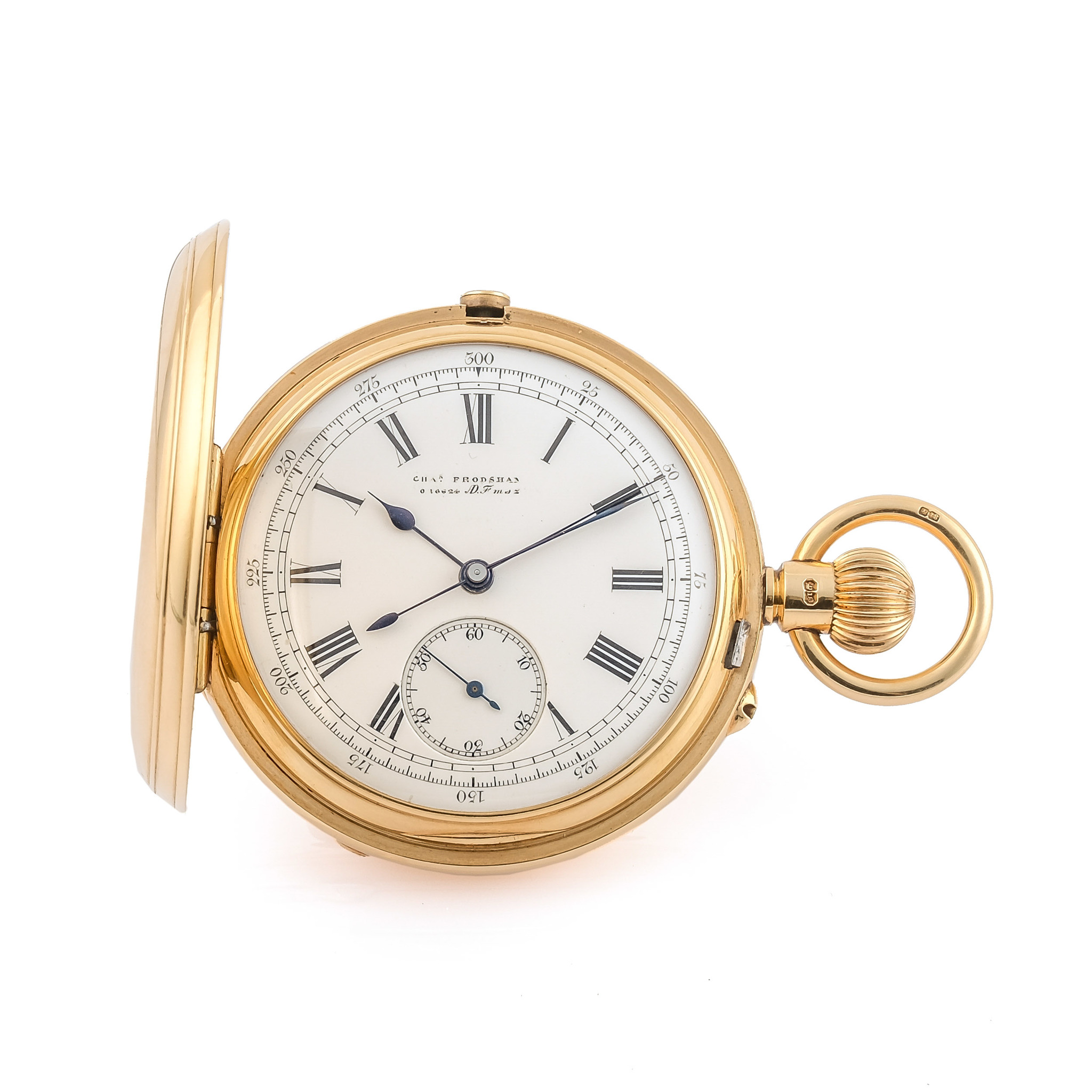 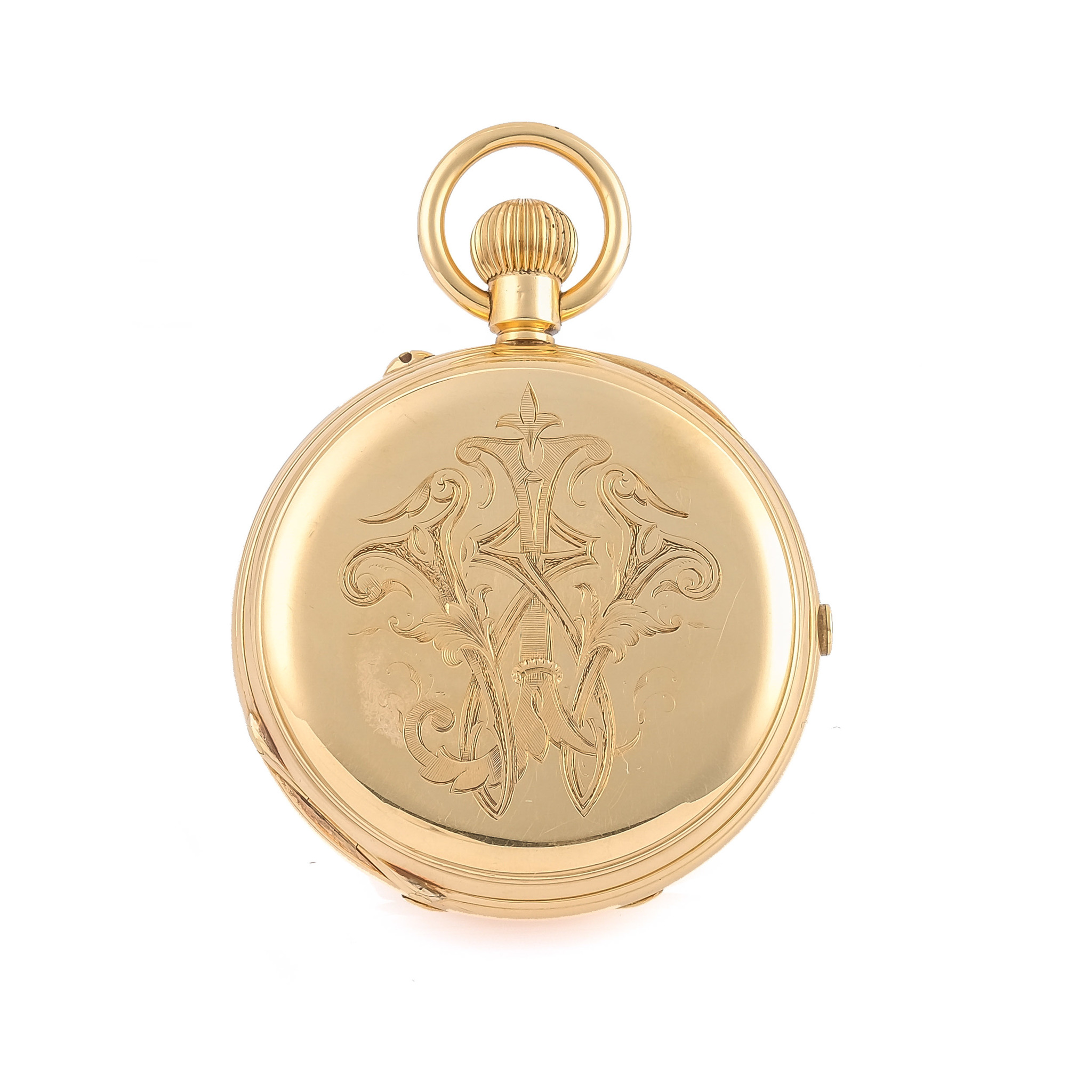 Charles Frodsham (1810-1871) was the most celebrated of the Frodsham family, with its numerous watchmakers, and was a prominent maker of very high-grade chronometers and watches. For the 1851 exhibition, they introduced a three-quarter plate calibre which they marked “AD.Fmsz”, which continued subsequently to be put on all their highest grade work. In 1868, he devised a form of electrical contact for taking signals for chronometers. The company he founded continued after his death.

From 1779 to 1850, a partnership existed between William James Frodsham (1779-1850) and William Parkinson (d. circa 1842). The firm, under the name of “Parkinson & Frodsham”, was established at 4 Change Alley and specialized in pocket and marine chronometers, for which a strong demand was beginning to be felt. Parkinson & Frodsham were quick to see the commercial advantage to be derived from supplying instruments for voyages of exploration, and in 1832, Frodsham published a summary of their performance in, “A Brief Account of the Chronometer, with Remarks on those furnished by Parkinson& Frodsham to the Expeditions of Captains Ross, Parry, Sabine, King, Lyon, Foster, and Other Distinguished Navigators. With the Rate of those tried at the Royal Observatory, Greenwich in the Years 1828, 29, 30, 31”. Around 1847, William James Frodsham passed ownership of the business to his two sons, George and William. “AD.Fmsz” does not indicate a year of manufacture, but the year 1850 when Frodsham’s firm introduced a new series of high-quality watches. The code is in his name: F=1, r=2, o=3, etc. z=0. His highest quality pieces were so marked.

During the early 20th century, the firm was closely connected with Nicole Nielsen who made most of the movements, including some of the most perfect tourbillons ever made, and which still perform with almost unrivaled accuracy. At some time before the mid-20th century, the company began making lever escapement and chronometer escapement watches of the very highest quality and continued to do so until the outbreak of war in 1939. Frodsham watches are almost always elegant and well proportioned. Even as late as 1914, some of them, with engine-turned silver dials, were worthy of Breguet.

The firm was appointed watchmaker to the King, The Prince of Wales, and to Queen Alexandra. They were responsible for maintenance and winding of all the clocks at Buckingham Palace, where they had a workshop. Frodsham’s best cases were made by his son, Harrison Mill Frodsham (1849-1922), who took over the firm after his father death and proved to be an expert horologist.