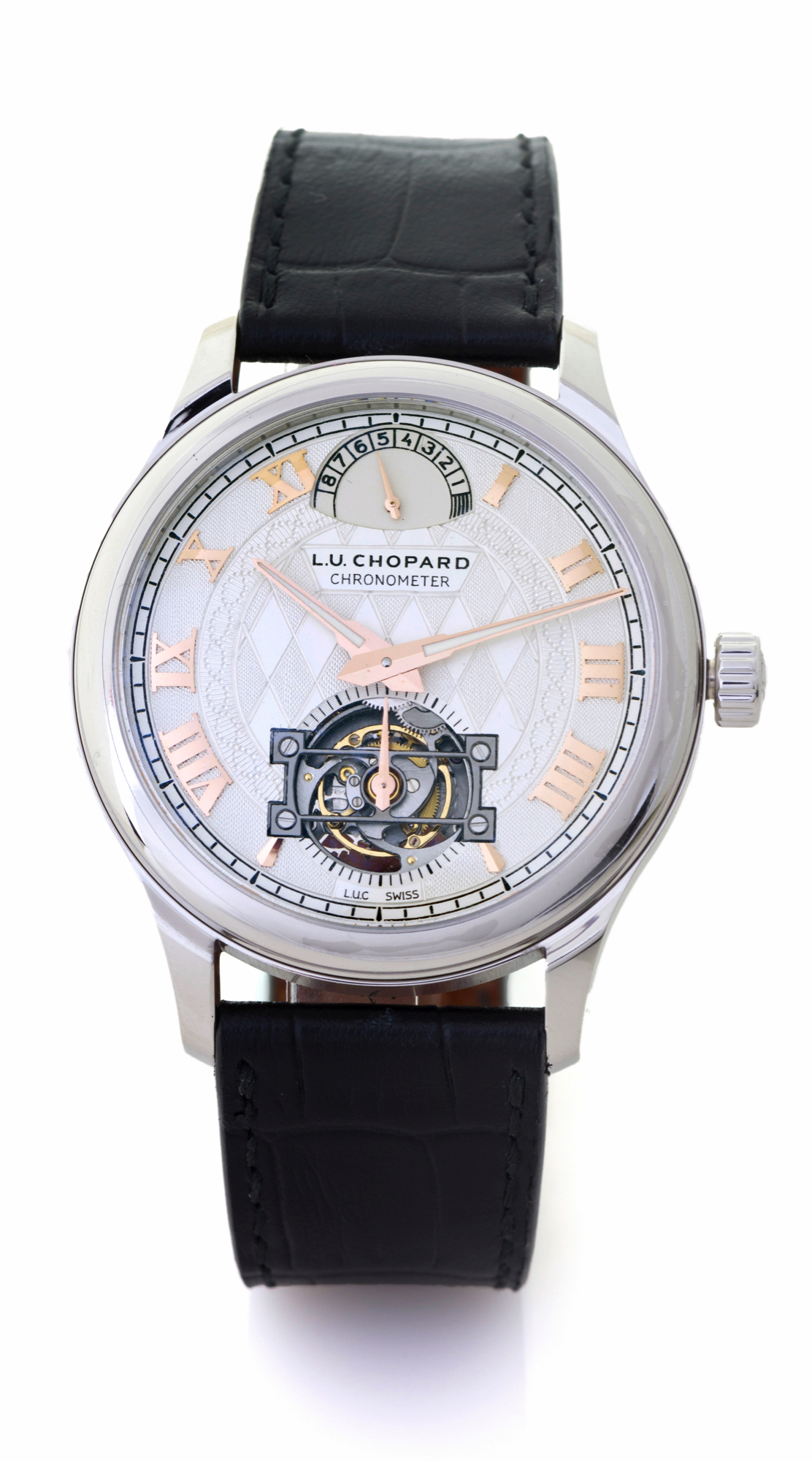 Chopard Manufacture Louis-Ulysse Chopard would doubtless be delighted to see how his company has developed. Celebrating its 150th anniversary in 2010, the firm is still pervaded by the spirit instilled in it by its founder and nurtured by a blend of fine hand craftsmanship and daring technical developments. From the founding family to that of Karl Scheufele which took it over in 1963, Chopard continues to be governed by its enduring principles, including a taste for excellence, the pursuit of quality, creativity, innovation, independence, and fundamental human respect. Founded in 1996, Chopard Manufacture, the Haute Horlogerie entity of Chopard, results from the unswerving determination of Karl-Friedrich Scheufele who became convinced at an early date that the company should make its own watch movements. Years of relentless effort have resulted in the L.U.C calibre collection. These three initials representing a tribute to the brand founder Louis-Ulysse Chopard are conferred on a series of exceptional movements. Within a few years, 10 base calibres and more than 60 versions were designed and produced, representing a substantial achievement for such a young manufacture. For Only Watch 2013, Chopard created L.U.C Tourbillon Only Watch 2013 Edition. The one of a kind platinum tourbillon features an exclusive handengraved dial and movement and is equipped with the 9-day power-reserve L.U.C Calibre 02.17-L. Ref. 161929-9001.