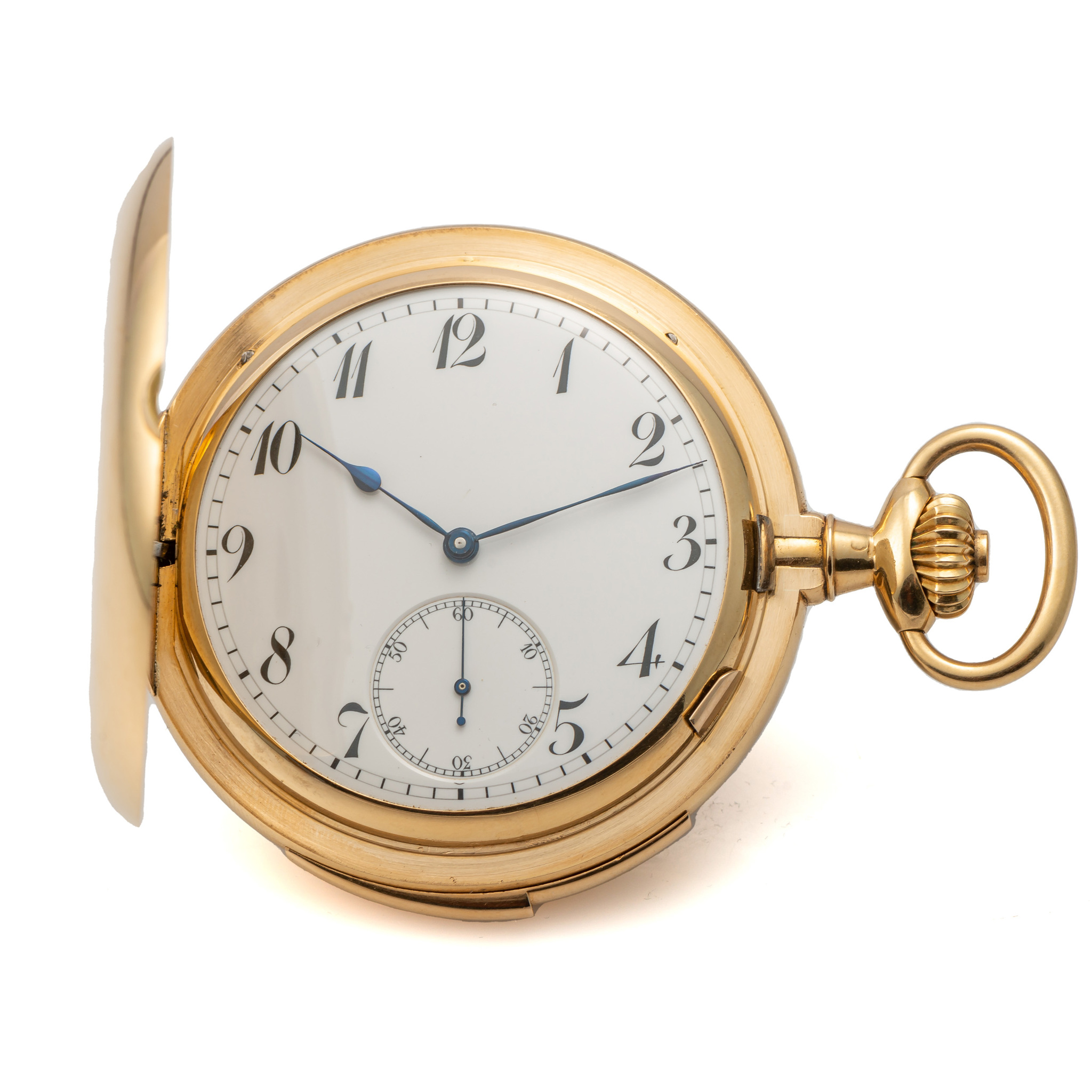 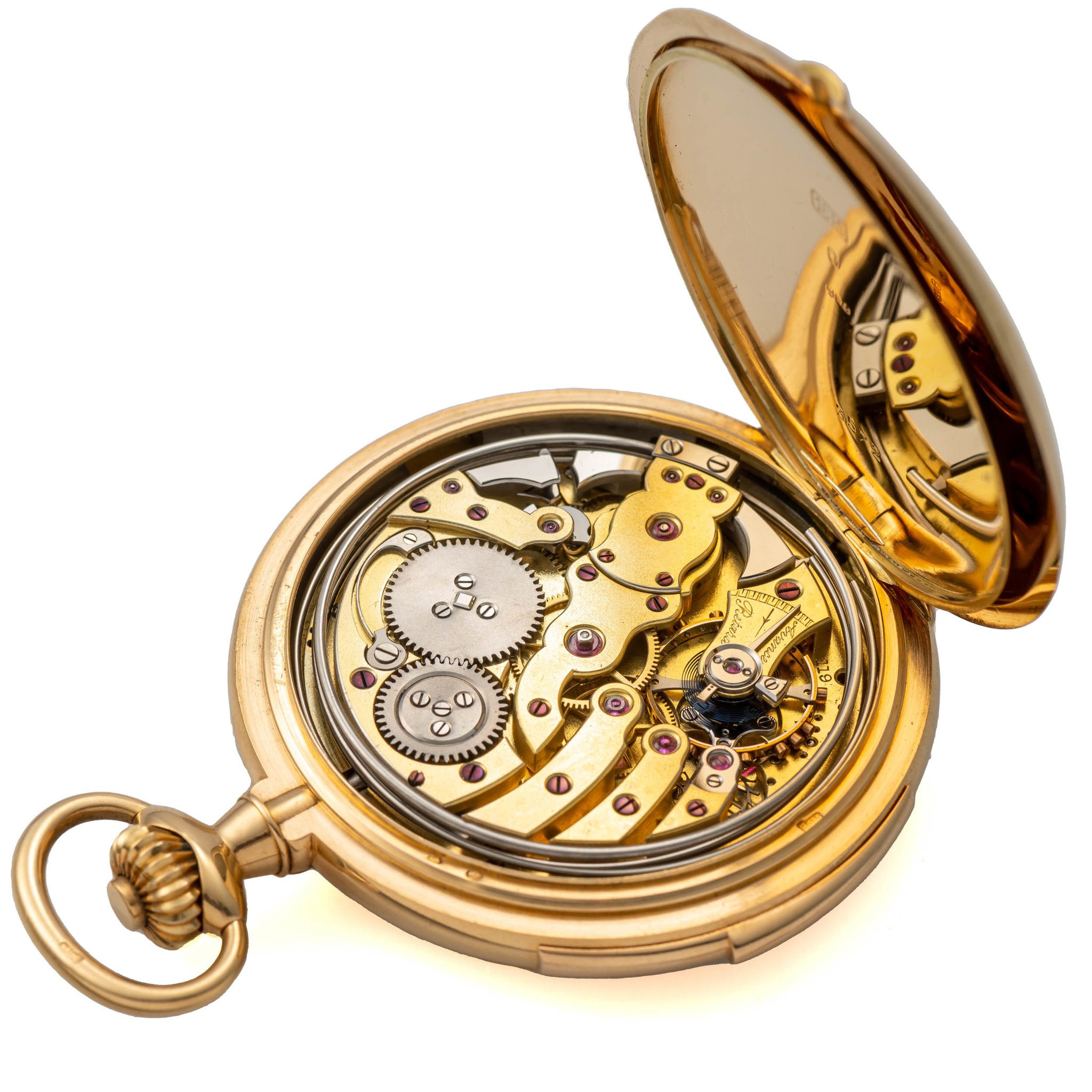 Edouard Jean Richard 1867-1944From a watchmaking family, Edouard JeanRichard was the son of Virgile and Adèle Jean Richard, and the brother of Achille Jean Richard. He was born in La Sagne on October 1867 and died in Le Locle on June 30, 1944. Jean Richard founded his watchmaking firm in 1915, having previously made ebauches for other companies. He specialized in musical carillon watches with multiple gongs and can be considered the 20th century master of the carillon watch. JeanRichard made a carillon watch with seven gongs playing the Swiss ational Anthem see Antiquorum April 13, 2003, lot 558.The company was listed in 1923, and the following year advertized chronographs, sports timers, ring watches, jewelry watches, women's wristwatches, fly-back repeaters, and ultra-thin watches. Another ad from the same period stated that the company made repeating carillon watches with multiple hammers playing the whole of "God save the King" which at the time was the same tune as the Swiss ational Anthem; very few of these were made.Jean Richard's movements are very characteristic with certain features found only in his watches, such as the shape of the spring for the surprise element, the steel insert at the barrel bridge, the shape of the star bridge, etc. In the Musée International d'Horlogerie in La Chaux-de-Fonds there is a gold hunting-cased quarter-repeating watch playing the "Ranz des vaches" on six gongs. Jean Richard's movements were used by such horological masters as Paul Ditisheim.