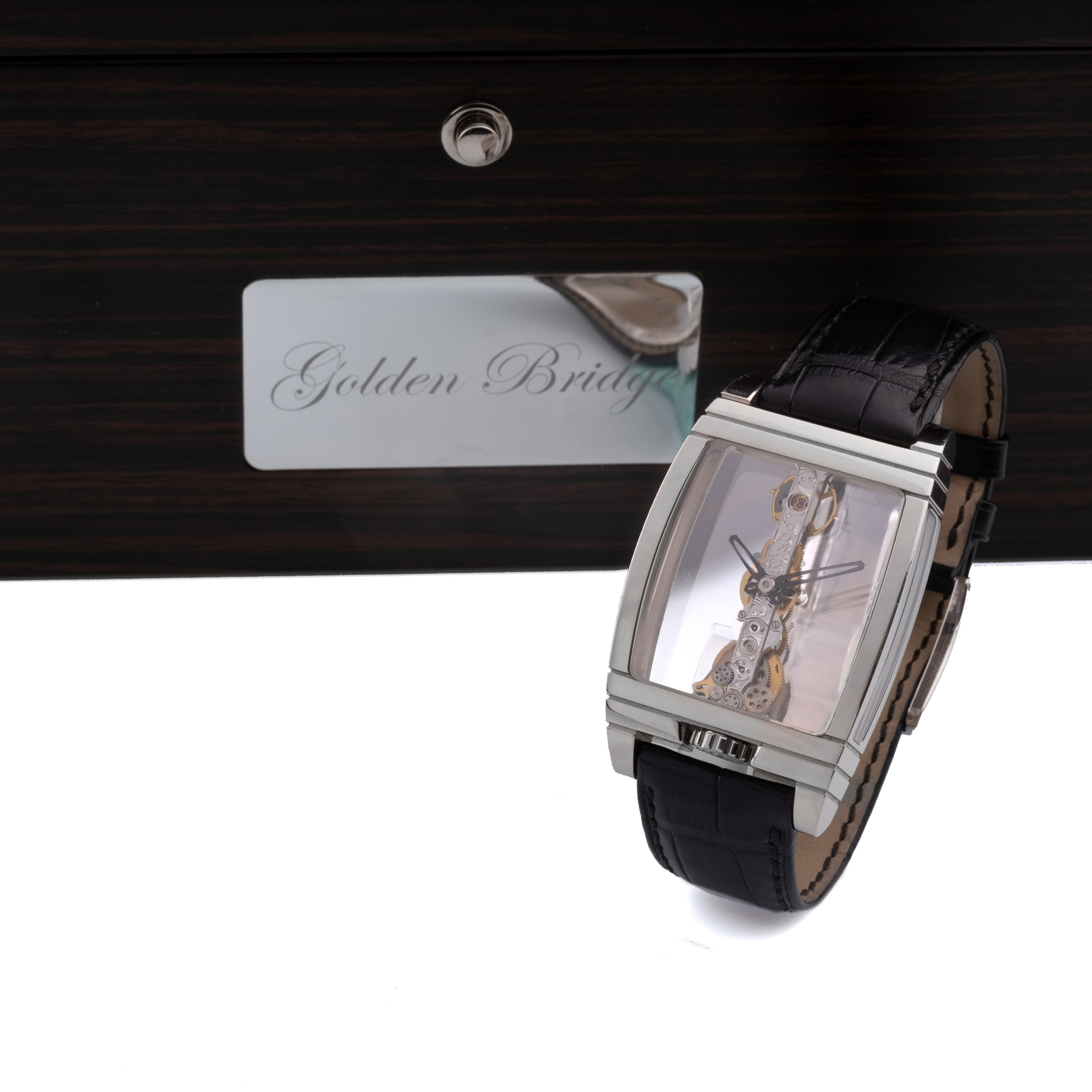 Corum
Founded in La Chaux-de-Fonds in 1955, Corum has been from its conception associated with avant-garde design. What has separated Corum from other watch brands is their constant desire to produce extravagant watches which can not be ignored. Their name is an excellent indicator of their ethos, taken from the Latin word “quorum”, a select group, their watches are not made with the mass market in mind. Since the beginning Corum have created watches which have become part of the horological vernacular such as coin wristwatches, the Admiral’s Cup, the first of many watches aimed at the yacht owners of the world and the “Golden Bridge”, probably the greatest example of minimalism in the watch world. In 2000, Severin Wunderman took over the company and almost overnight changed the fate of Corum with the launch of the “CORUM Bubble” watch. Seen as very large at the time with a diameter of 45 mm., this dimension is now much the standard for fashion watches. The year 2005 marks the 50th anniversary of the brand and as such Corum are launching a series of limited edition watches with hand made marketry or hand painted dials as well of the reintroduction to the line of several of the Corum classics.

At fifty years old, the firm maintains a fresh and avant-garde outlook and will no doubt launch many new and conversation evoking watches in the coming years.