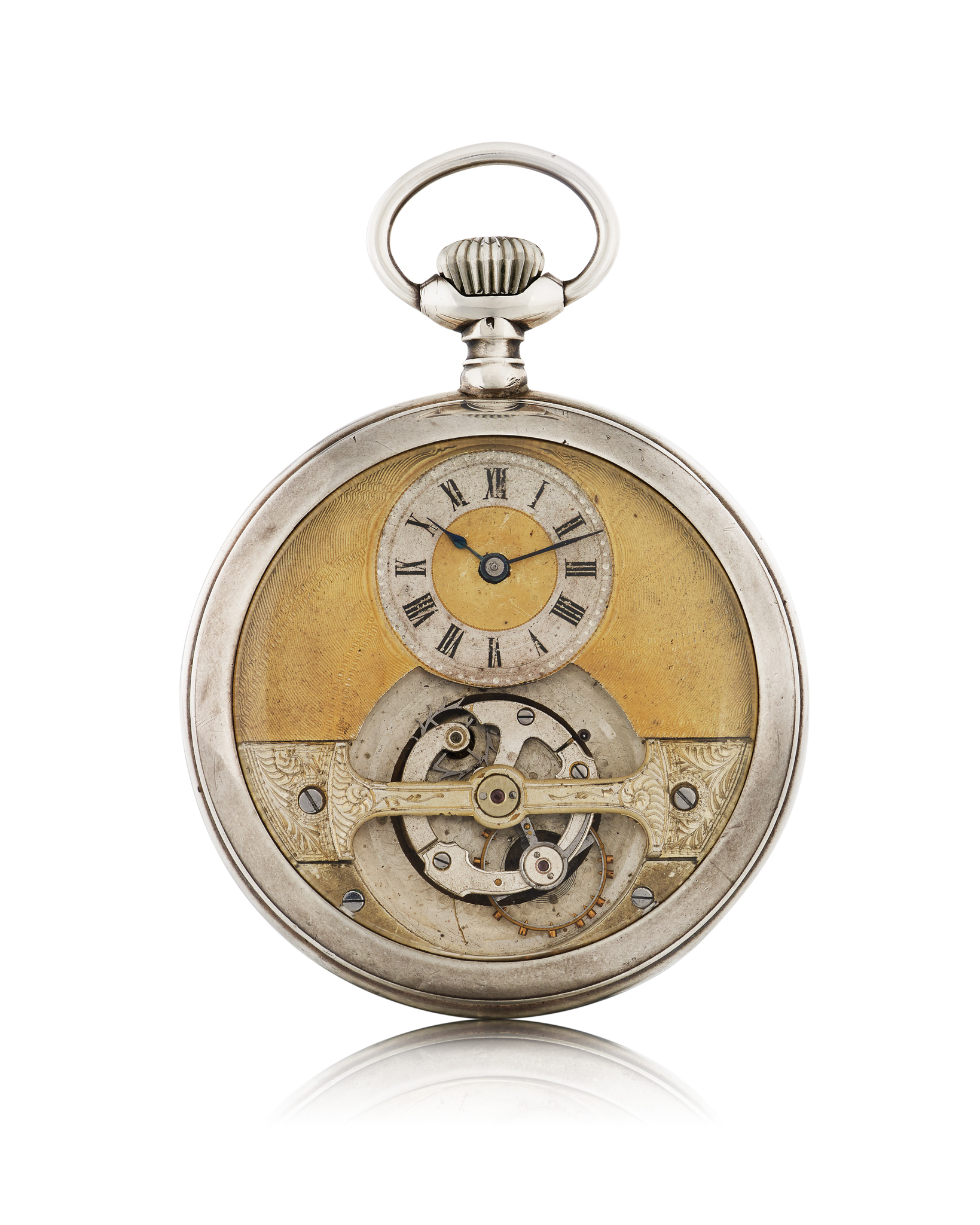 Tourbillon “Mobilis”
At the beginning of the 20th century, Paul Loichot, from Charquemont, Doubs (France), invented and patented in Switzerland an interesting tourbillon design (Swiss invention patent No. 30 754, delivered on June 11, 1904). He inverted the movement, allowing the carriage to be seen through the dial and placed the escapement in a straight line with lever having an opening for the carriage arbour.