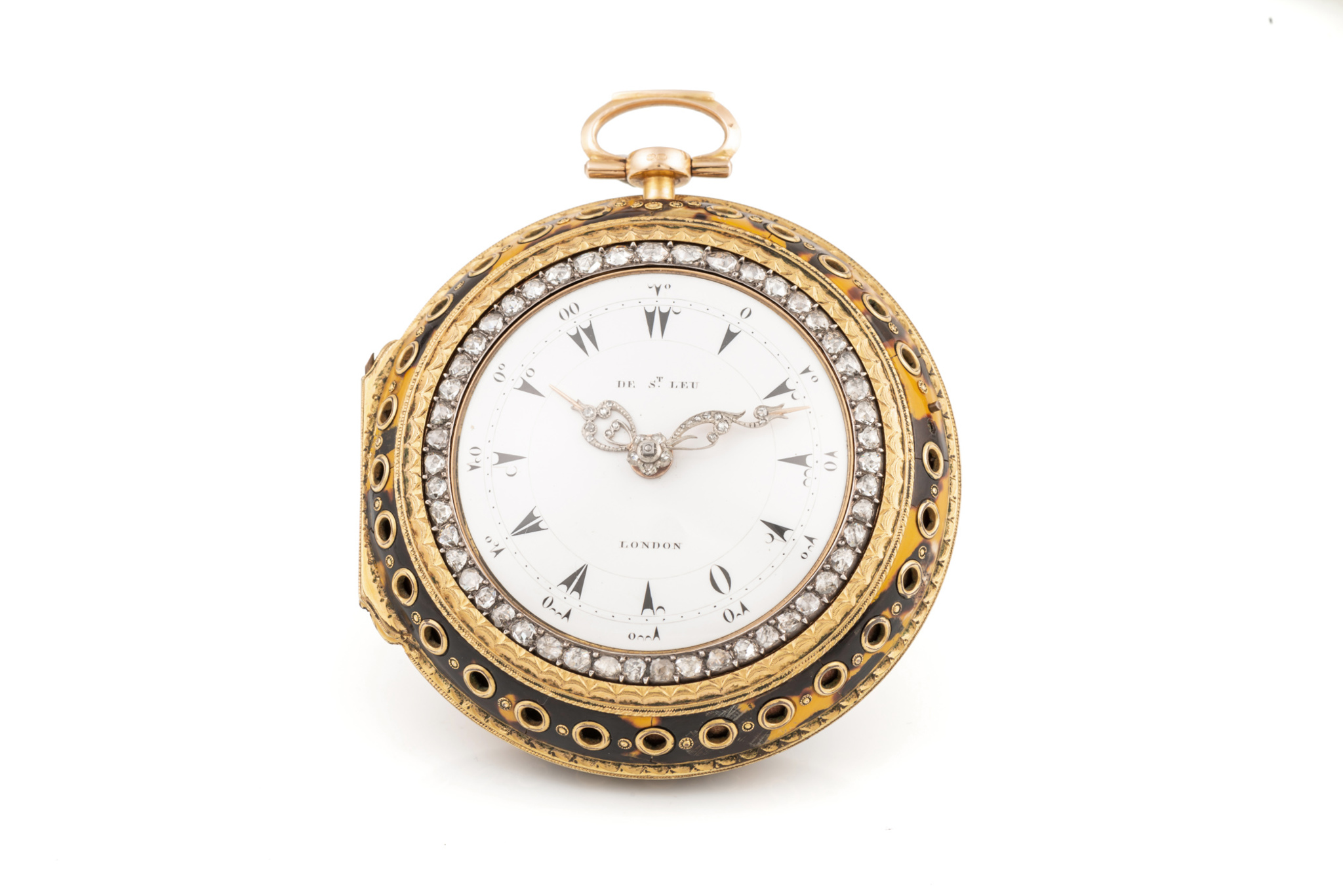 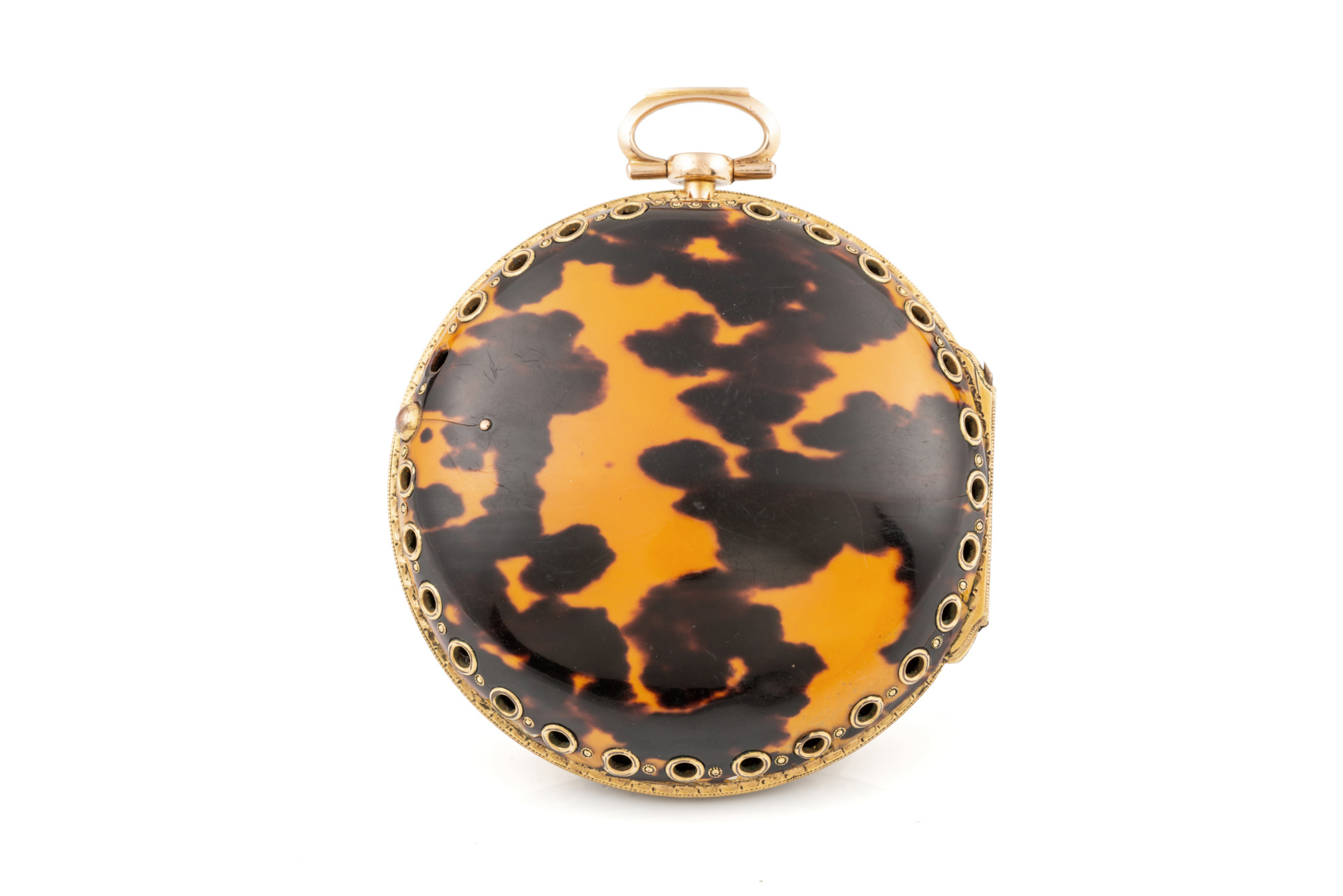 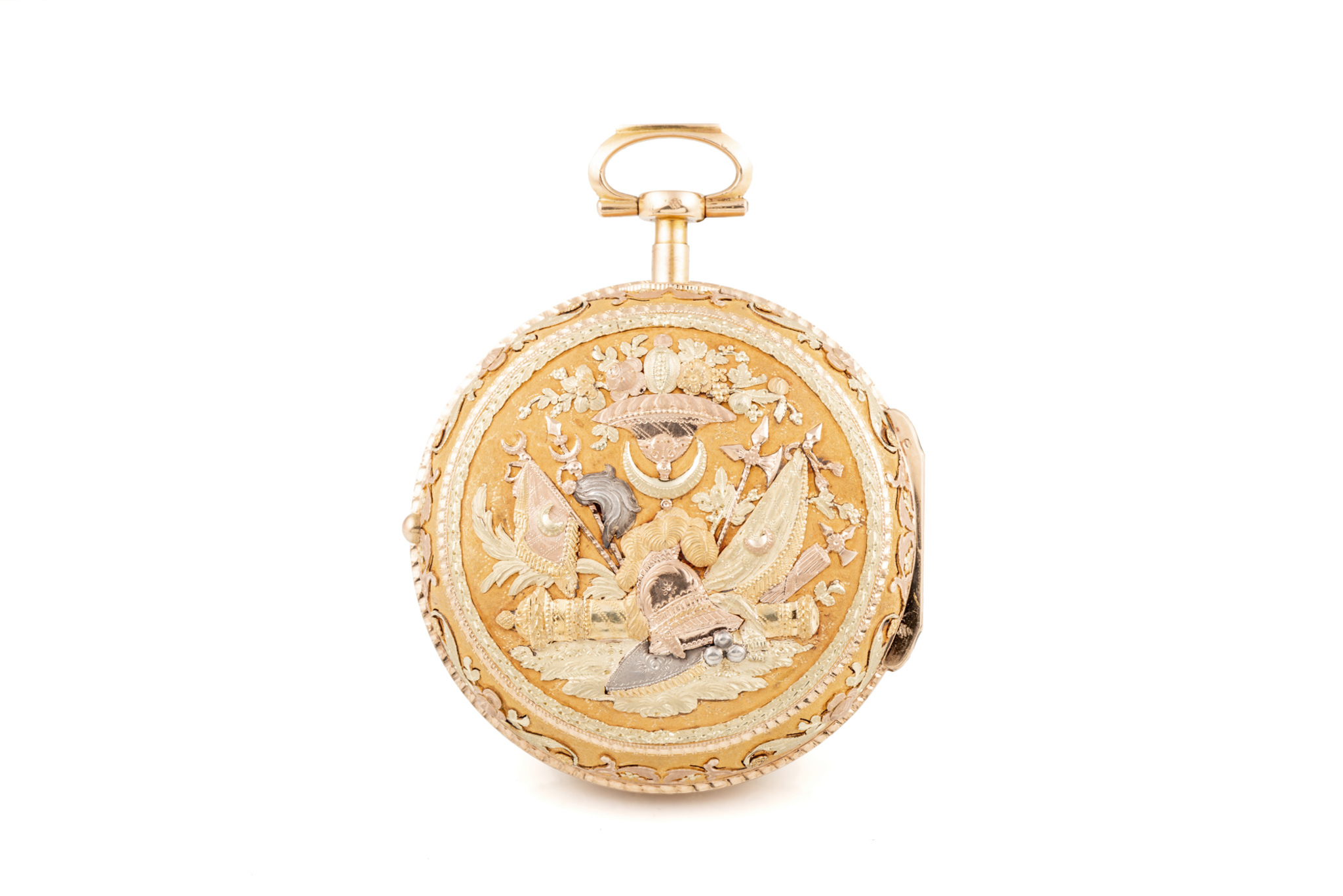 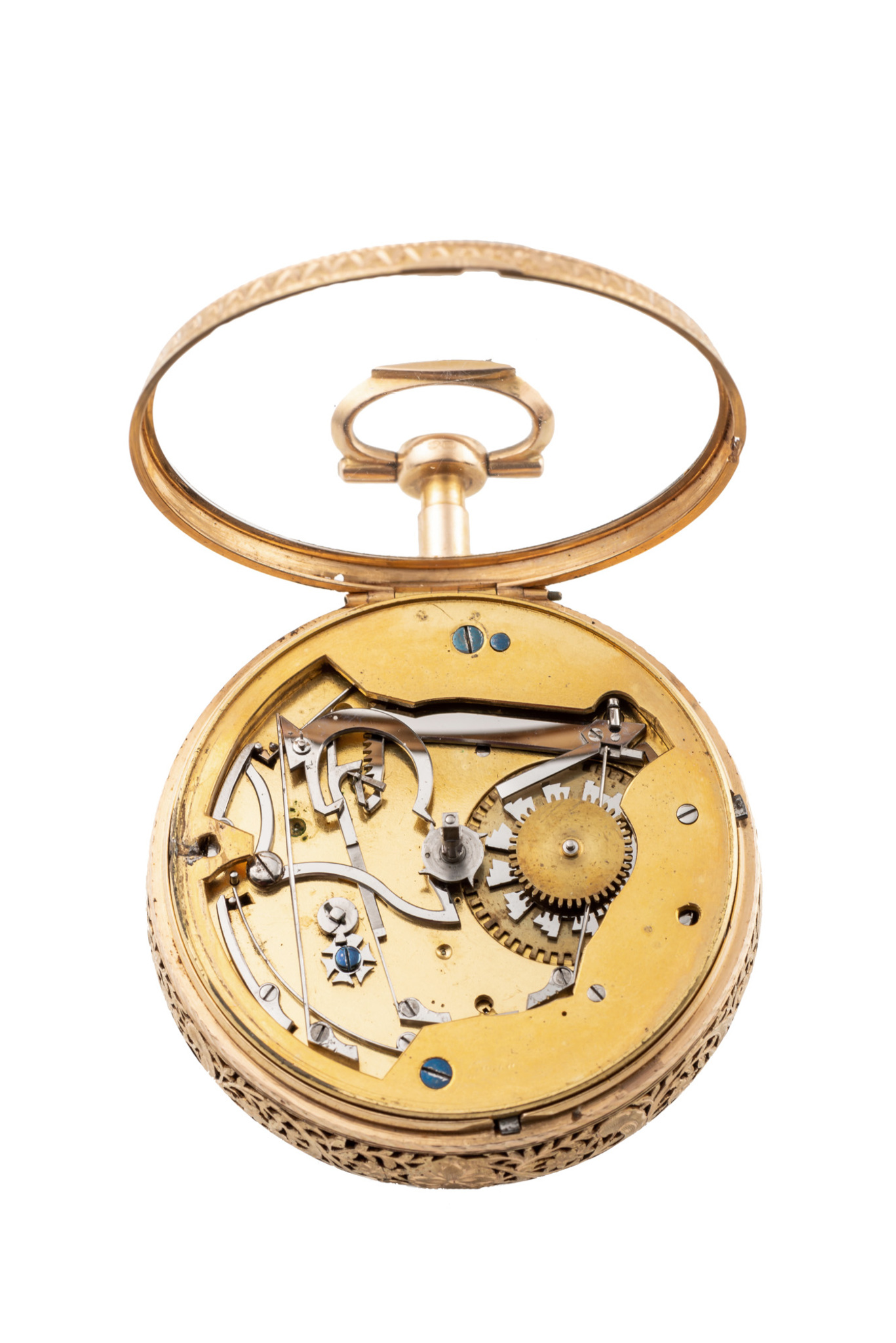 18K yellow gold and varicoloured gold, pair-cased open-face, key-winding, round-shaped, pocket clock-watch made for the Turkish market, with one horological complication: Striking the hours and the quarters in passing on one bell (function activated by the push-bolt at 3 o’clock). Case-back chiselled in varicoloured gold with an impressive military trophy, including flags, cannon and bullets, axe and lictor beam (fasces lictoriae), helmet and shield, etc.; bezel set with rose-cut diamonds. Spectacular watches such as this one were made for the Ottoman empire, including Turkish, Persian, and Egyptian markets. Similar watches are kept in the Topkapi Museum in Istanbul.
Daniel de Saint Leu (1753-1797), London: Watchmaker to George III and Queen Charlotte from 1765 onwards; in 1753, he was established in Cloak Lane at ‘The Golden i-lead’. Later, he moved to 38 Cornhill and was succeeded in about 1790 by Rivers & Son. He made watches with quarter-repeaters and clock-watches, with verge and cylinder escapements, most in very ornate cases, sometimes with diamonds or other gemstones. While he specialized in watches for Eastern export markets, he is also known to have made a few very special pieces for the Spanish Court. A production, signed under his name, exists at the beginning of the 19th century; it is undoubtedly made in Geneva