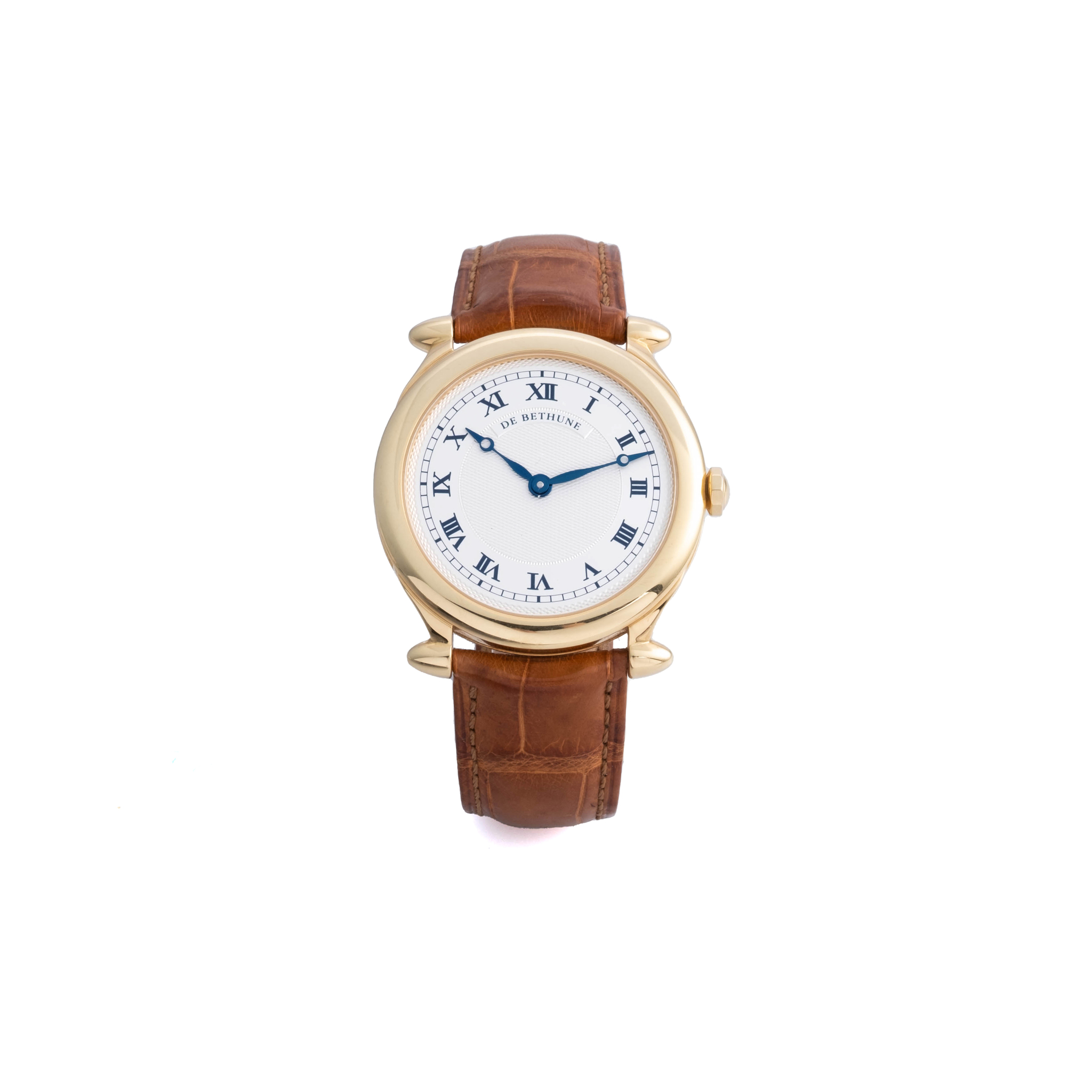 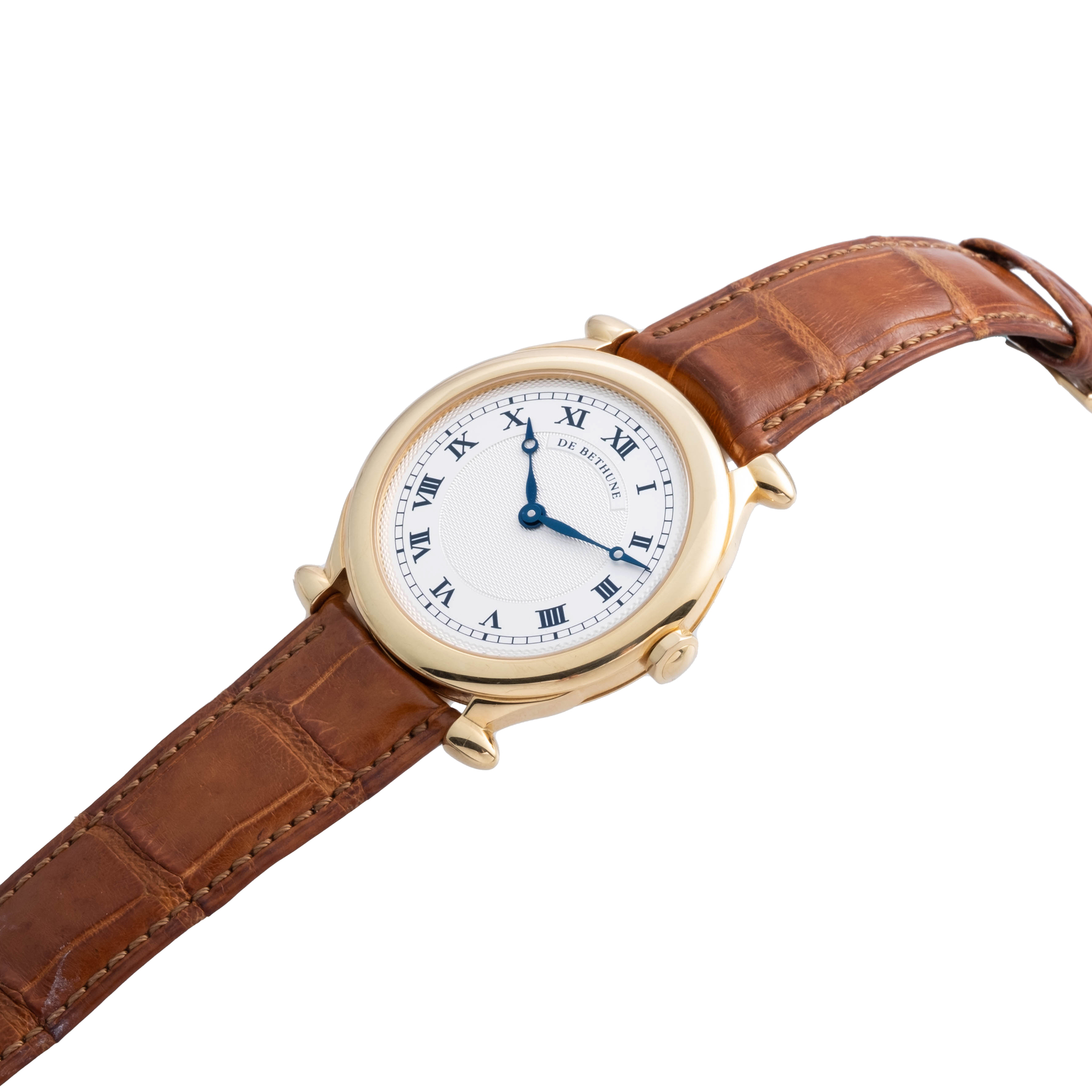 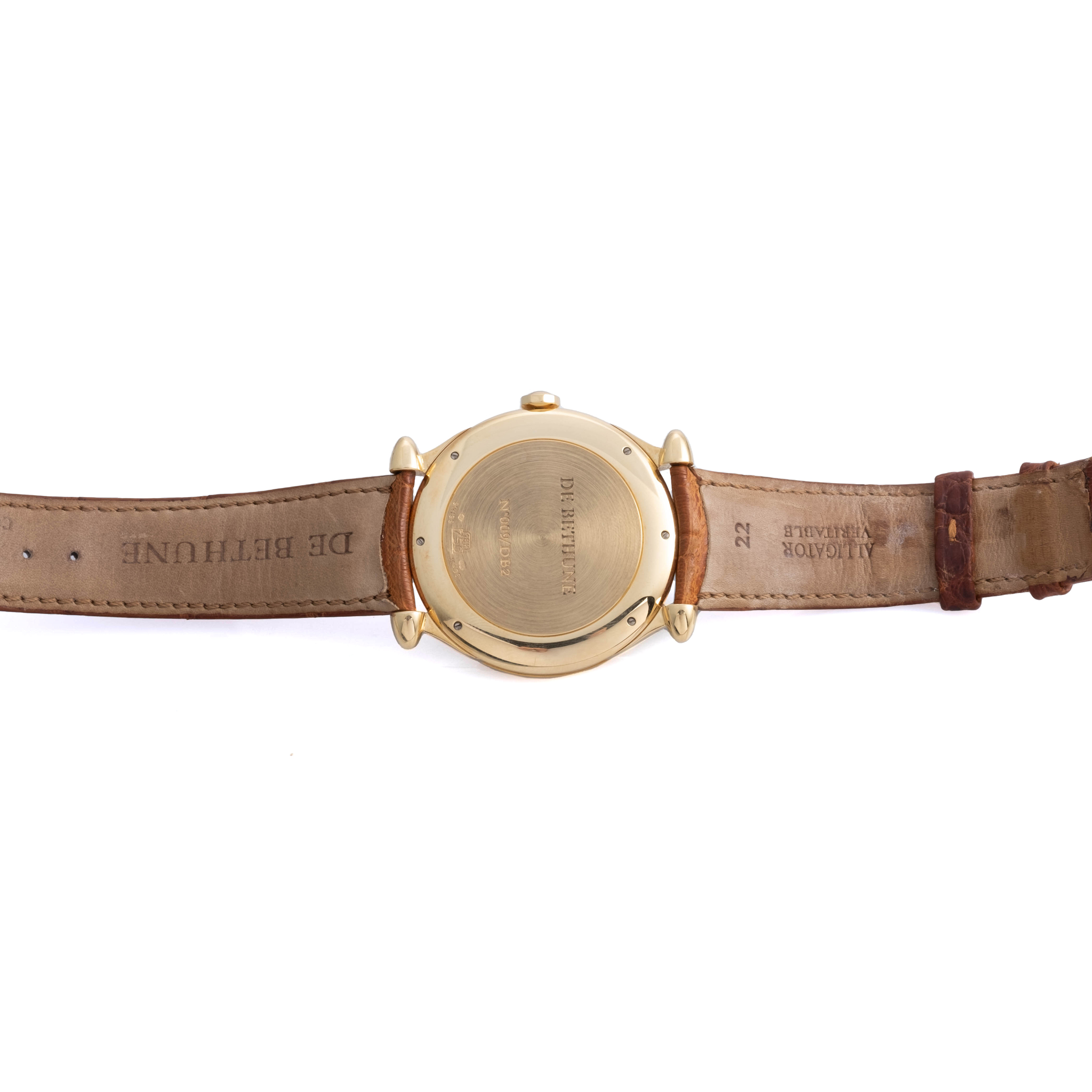 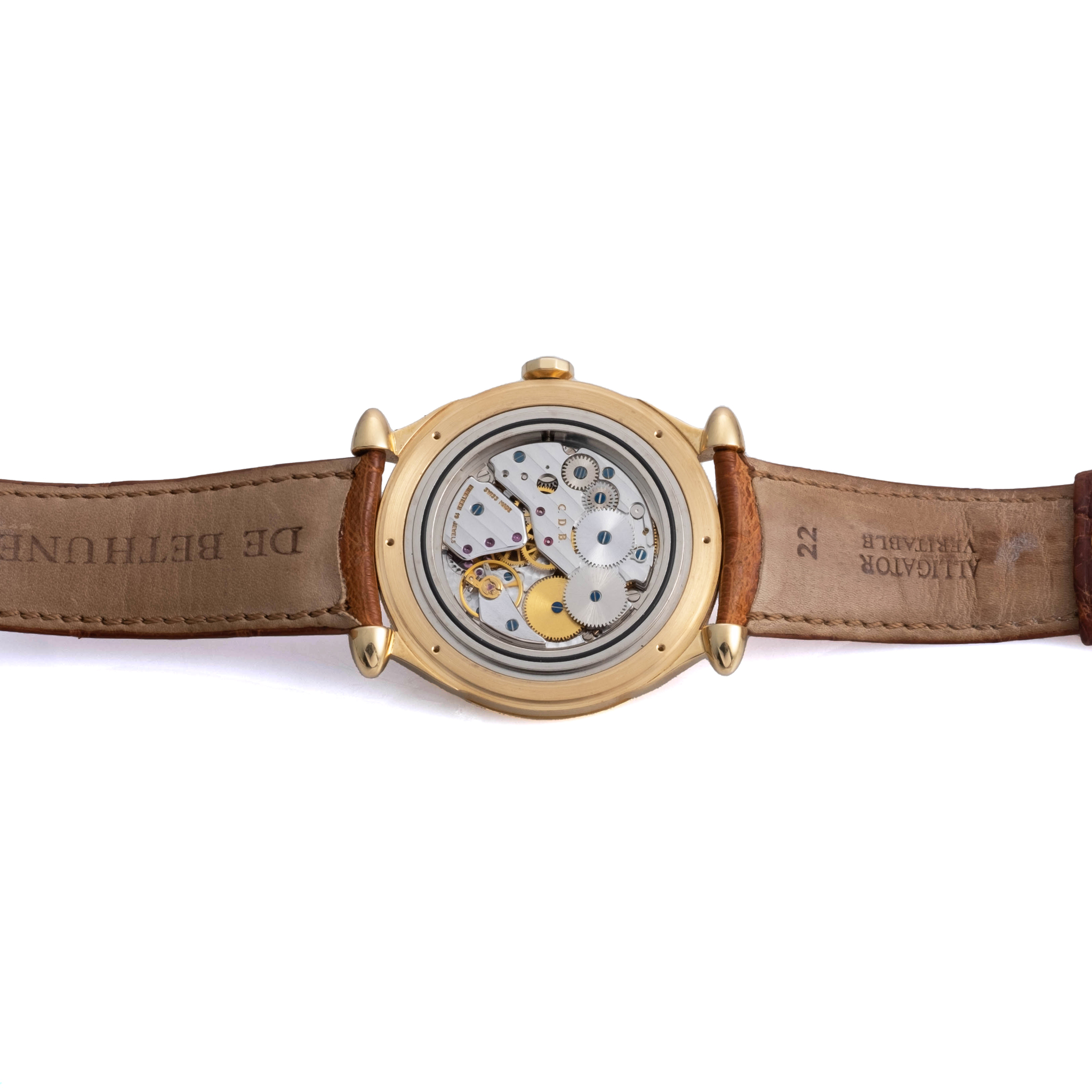 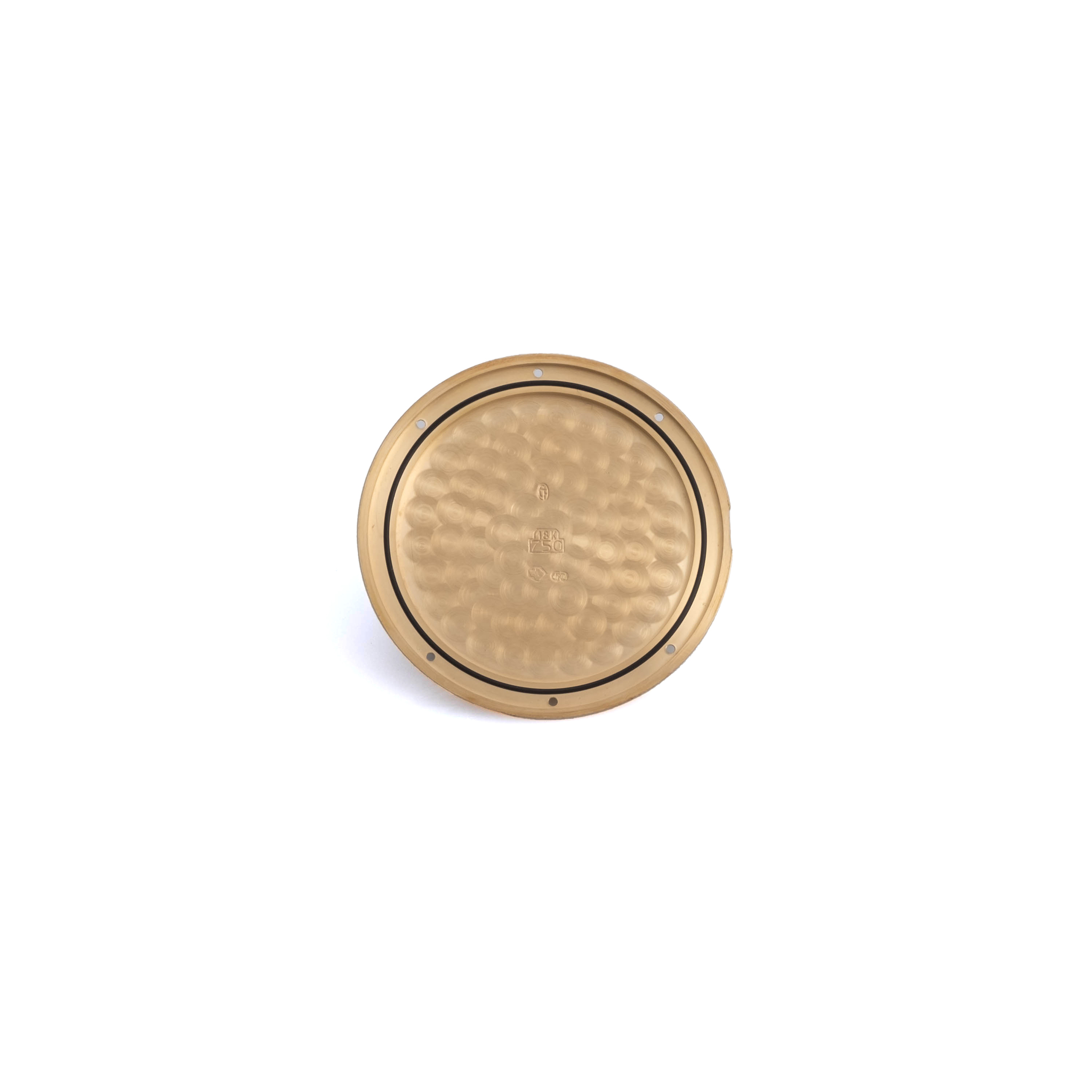 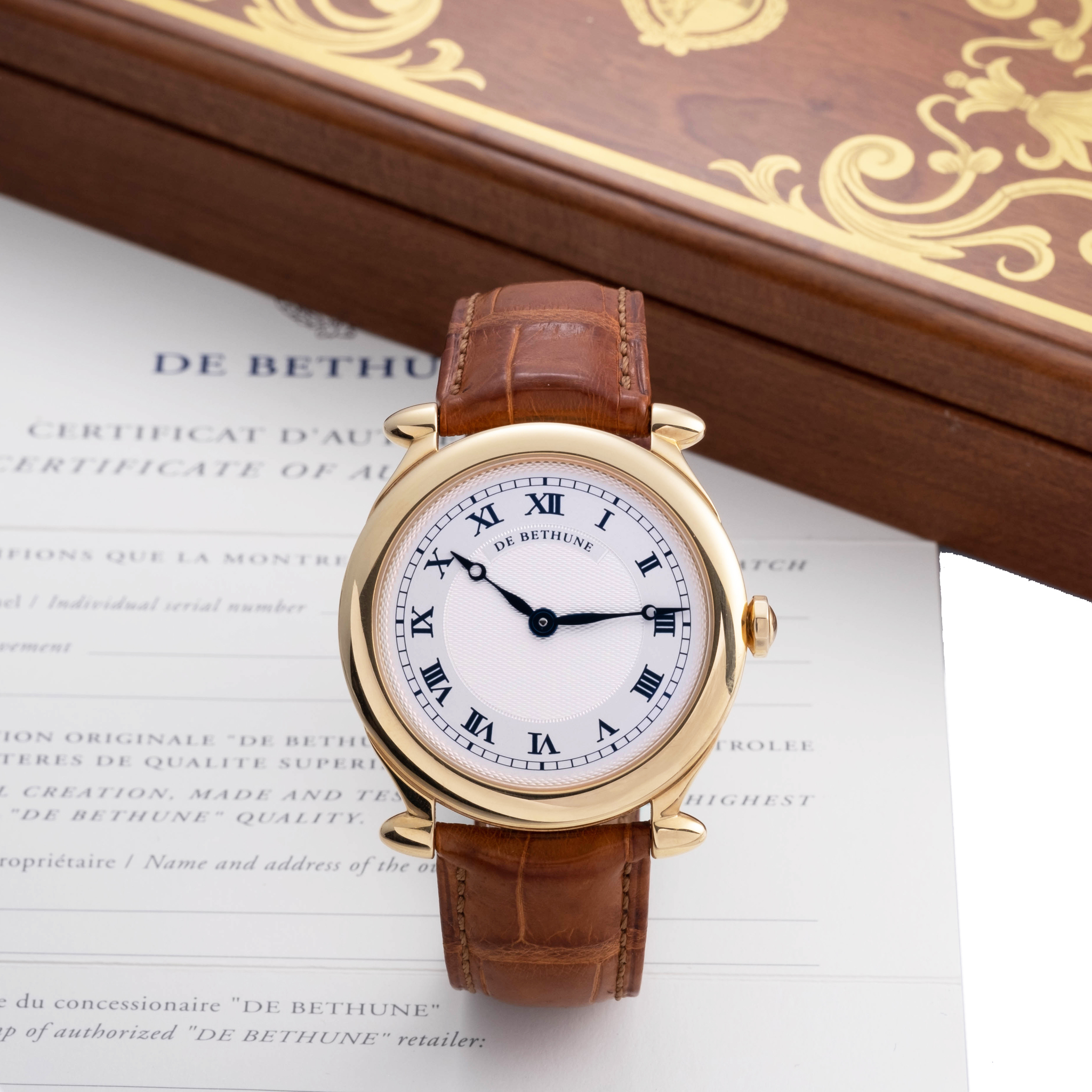 De Bethune’s early pieces are particularly fascinating watches. Technically not (yet) at the sophisticated level of their current offerings, using still mainly (top class) ebauches, it was particularly their well-considered, eclectic style which set them apart. There was a masterful combination of classic elements with creative, unusual yet always tremendously tasteful shapes. the DB 2 is probably the purest incarnation of these era.

The company was established in 2002 in L’Auberson in the Swiss Jura, by David Zanetta, a well-known consultant of some of the world’s most prestigious watch collections, and Denis Flageolet, a master watchmaker and professor at Le Locle, who has 20 years of experience in research, conception and the development of over 120 prestigious watches. Together they have equipped the De Bethune factory with the machinery and expertise to produce all of its calibres (manual and automatic) in-house, in addition to making their own cases, dials, and hands. All of which guarantees the highest level of excellence in production and quality control.

The design of each De Bethune calibre embodies simplicity, elegance and functionality. Each mechanism is designed to combine new technologies with the great watchmaking tradition.

De Bethune has developed new types of balance systems to improve amplitude and rate stability. After patenting the new titanium/platinum balance wheel in 2004, in 2006 De Bethune presented the world’s first balance-wheel made of pure crystalline silicon, a material that is lightweight and elastic. The silicon balance spring is fitted with the De Bethune plane terminal curve in order to achieve isochronic oscillations. The De Bethune IOS (Isochronic Oscillating System) is completed by a “triple parachute Titanium Bridge” designed to fully protect the escapement from shocks.

Every timepiece created by De Bethune is the result of technical research, development, and many details which make all the difference: excellent mechanical reliability, meticulous attention to detail, the commitment, at each stage of production, to ensure the highest quality of the product, and the ability to create contemporary designs incorporating the know-how of the great watchmakers of the past.