22K yellow gold, open-face, key-winding, round-shaped, pair-cased pocket watch, with quarter-repeater by one hammer on one bell or à toc (activated by depressing the pendant;
à tact lever at 7 o’clock

22K yellow gold pair case in repoussé-technique showing a battle scene signed by MD, the
sides pierced to allow the sound of the bell to be heard and decorated with four vignettes
with trophies of arms. 22K yellow gold polished case, with, in the centre, engraved in taille-
douce (fine cute) a rosacea; the sides pierced and decorated with chimeras. Silver dust-
cover held by a blued steel spring. 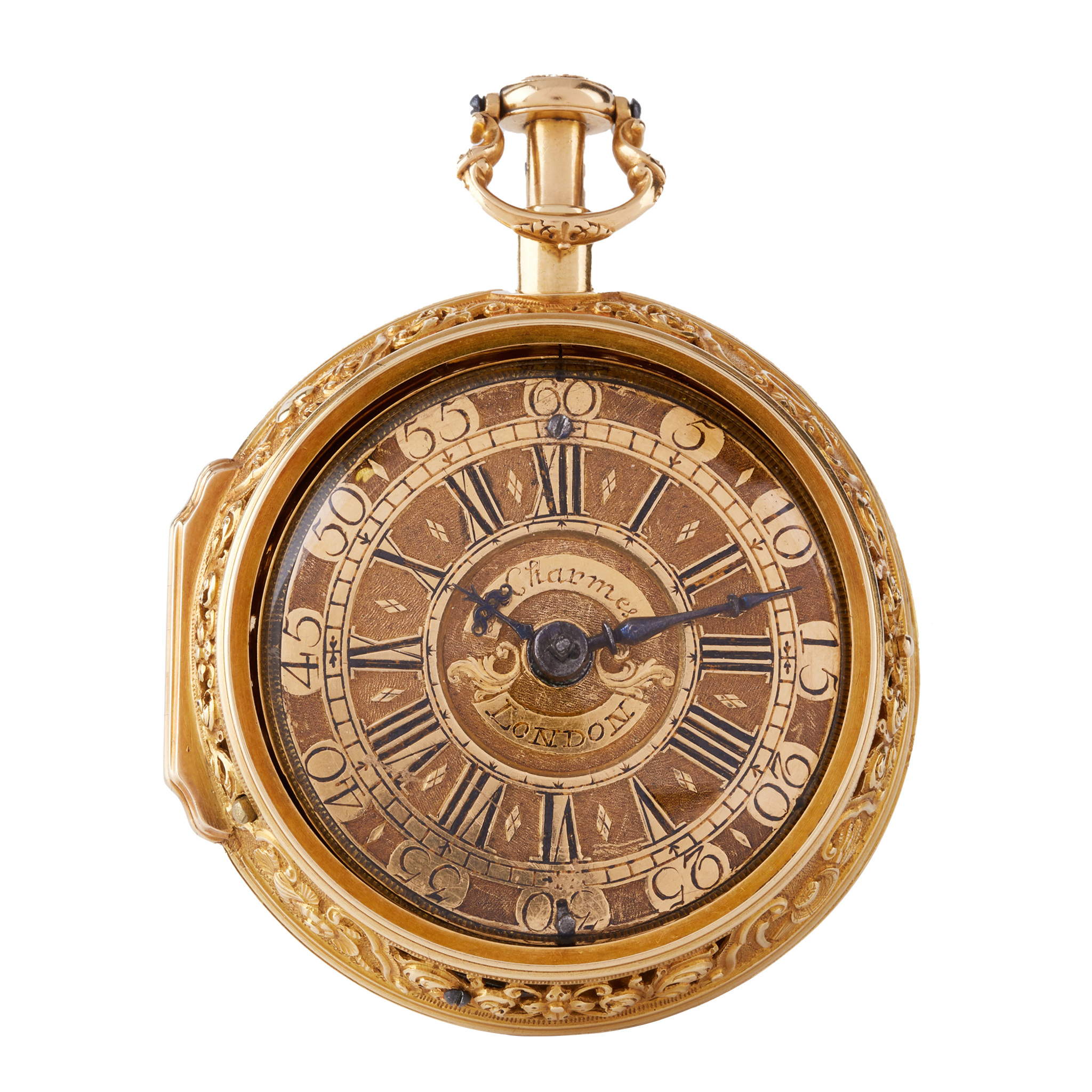 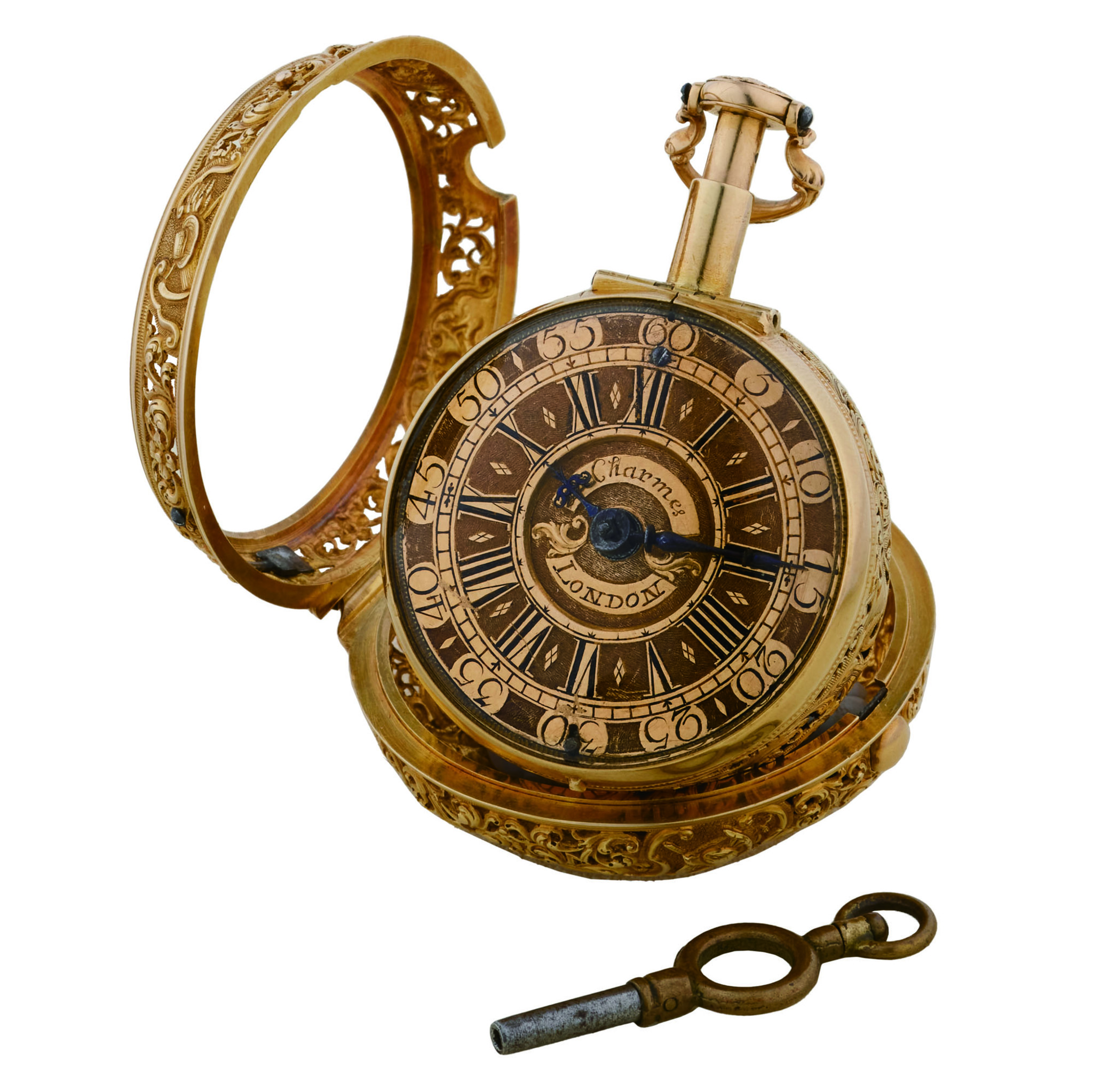 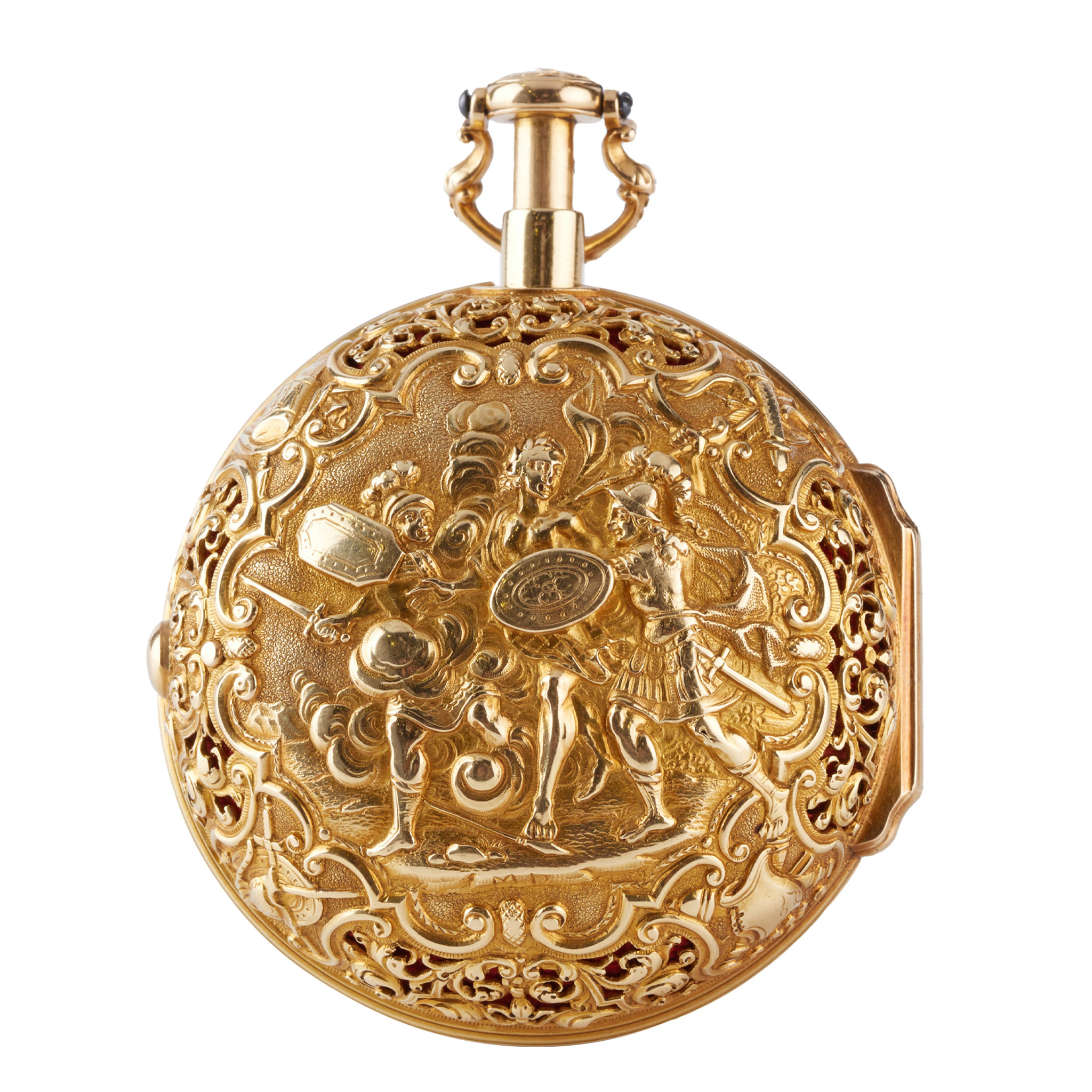 The repoussé-work on this watch has remained in near mint condition.
--
De Charmes (or de Charmes or Decharmes), Simon and David
Simon De Charmes was a Frenchman and became a Free Brother of the Clockmakers’ Company in 1691 and it is thought that he remained an active watchmaker until about 1730, the approximate date of this watch.His son, David, was also a watchmaker of great repute. Among their production, we can mention some gold watches with repoussé décor:
· A watch.
Sotheby’s, London, auction, November 1st, 1965, lot 162.
Bibliography
Edgcumbe, Richard, The Art of the Gold Chaser in Eighteenth-Century London, Oxford University Press in association with the Victoria and Albert Museum, 2000, p. 165.
· Another one, probably made for the Dutch market; the repoussé scene depicting Ulysses and the Phaeacians.
Antiquorum, Geneva, auction, November 11, 2001, lot 279.
· Another one; the repoussé scene signed by John Valentine Haidt (1700-1780).
Sotheby’s, London, auction, December 15, 2016, lot 29.
Bibliography
Camerer Cuss,Terence, The English Watch 1585-1970, London, 2009, pp. 186-187, pl. 100.