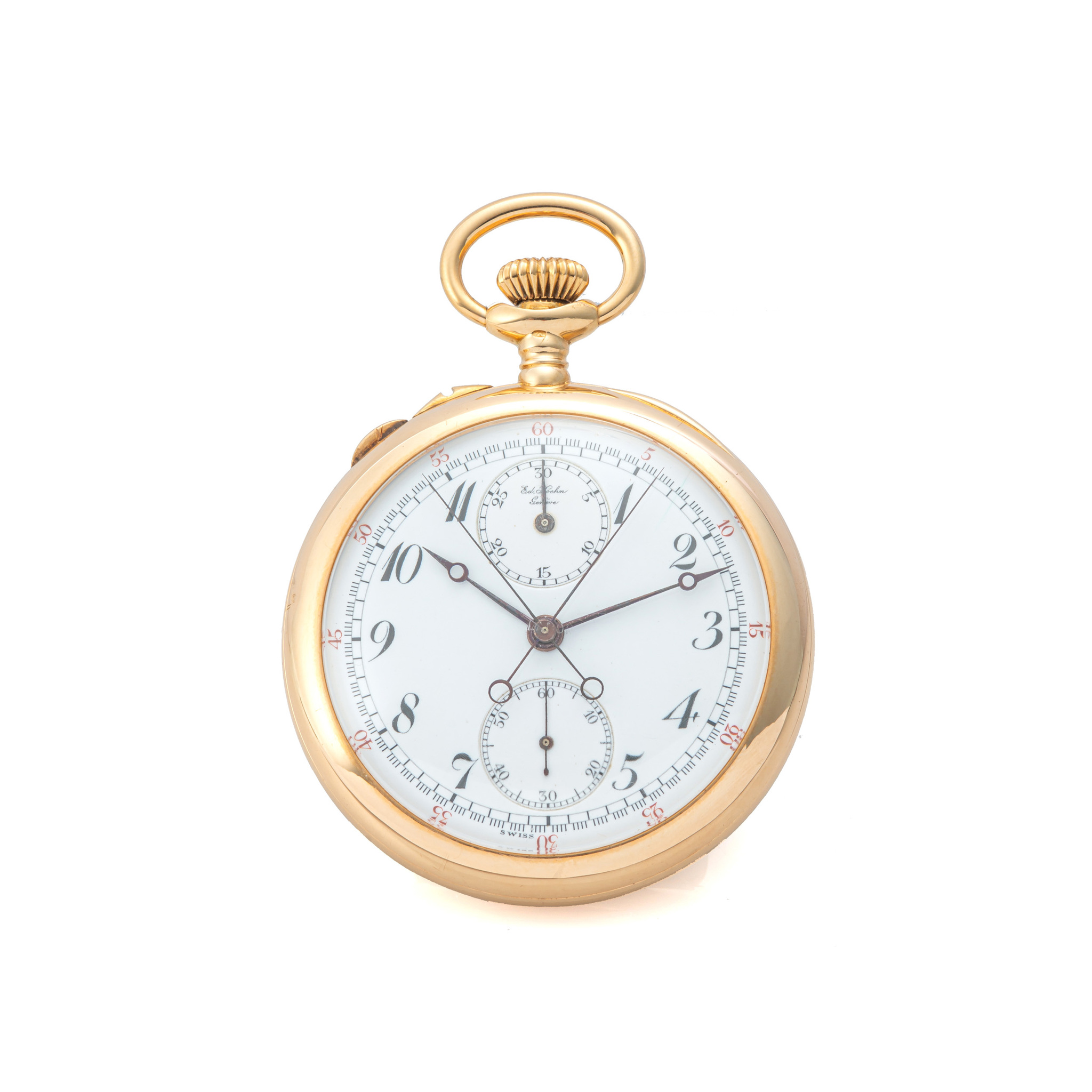 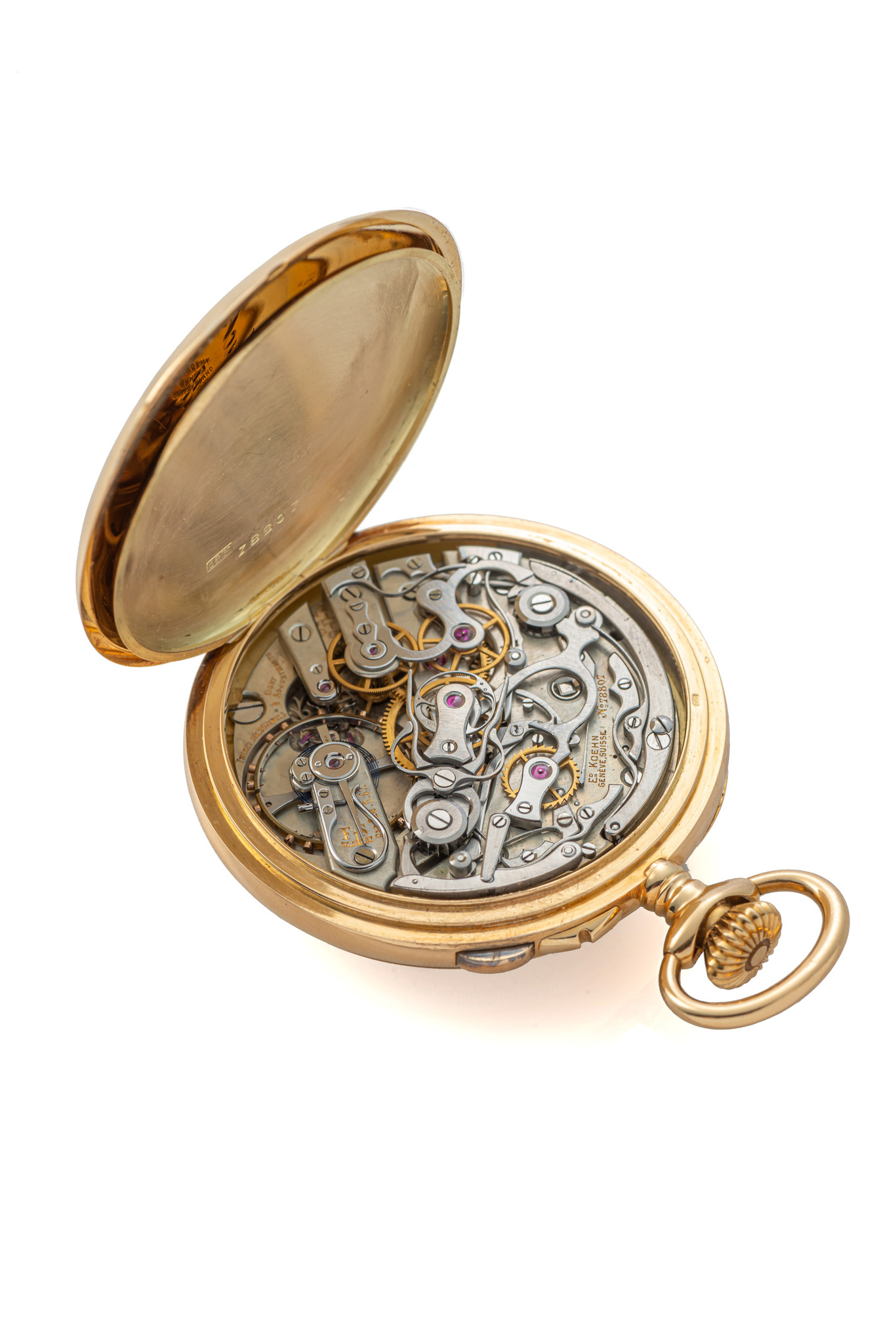 Edward Koehn (1839-1908) Was the son of Karl Koehn, a watchmaker to the court of the Grand Duchy of Saxe-Weimar-Eisenach. He came to Geneva in 1859, and studied at the Ecole d’Horlogerie. In 1861, he began working at Patek Philippe, as a mere employee. After 15 years of loyal service, he became Director. In 1891, Edward Koehn left Patek and bought the Robert Ekegren firm. Koehn constructed very high quality flat and extra-flat watches, repeating watches, chronographs, and fly-back chronographs. The firm, at the Grand Quai, made watches for Tiffany, New York, and on June 8, 1912, patented a watch with hanging barrel and pendant winding.