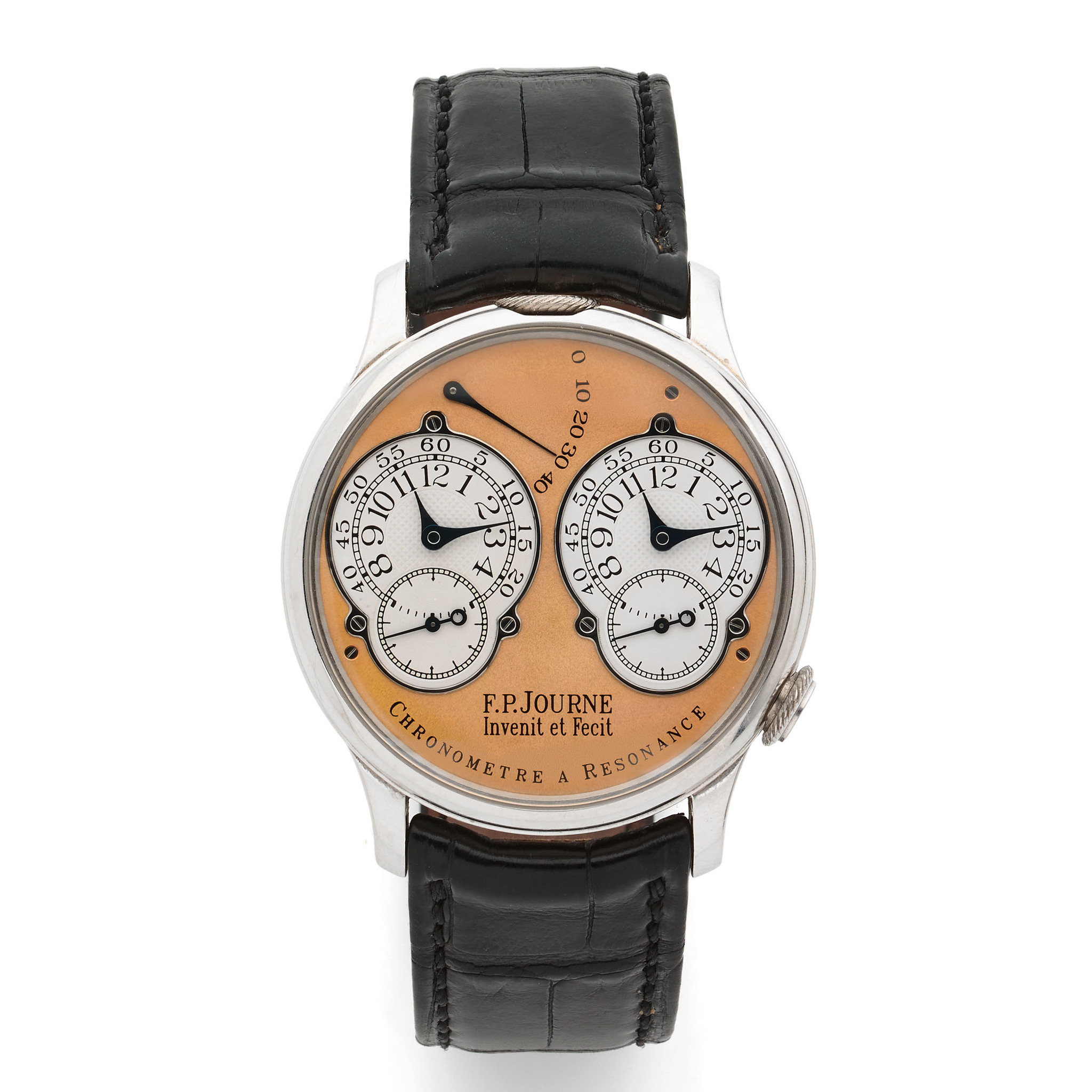 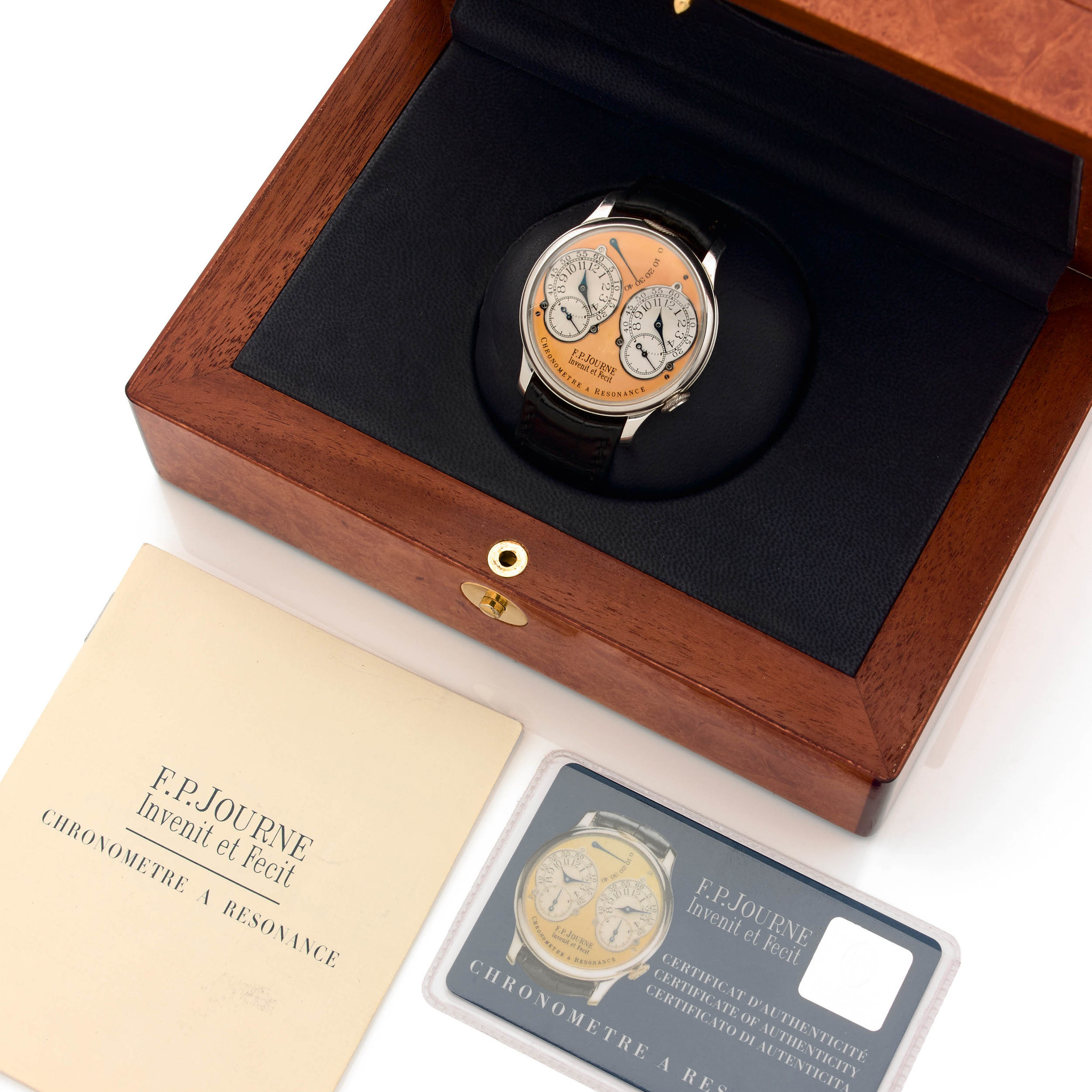 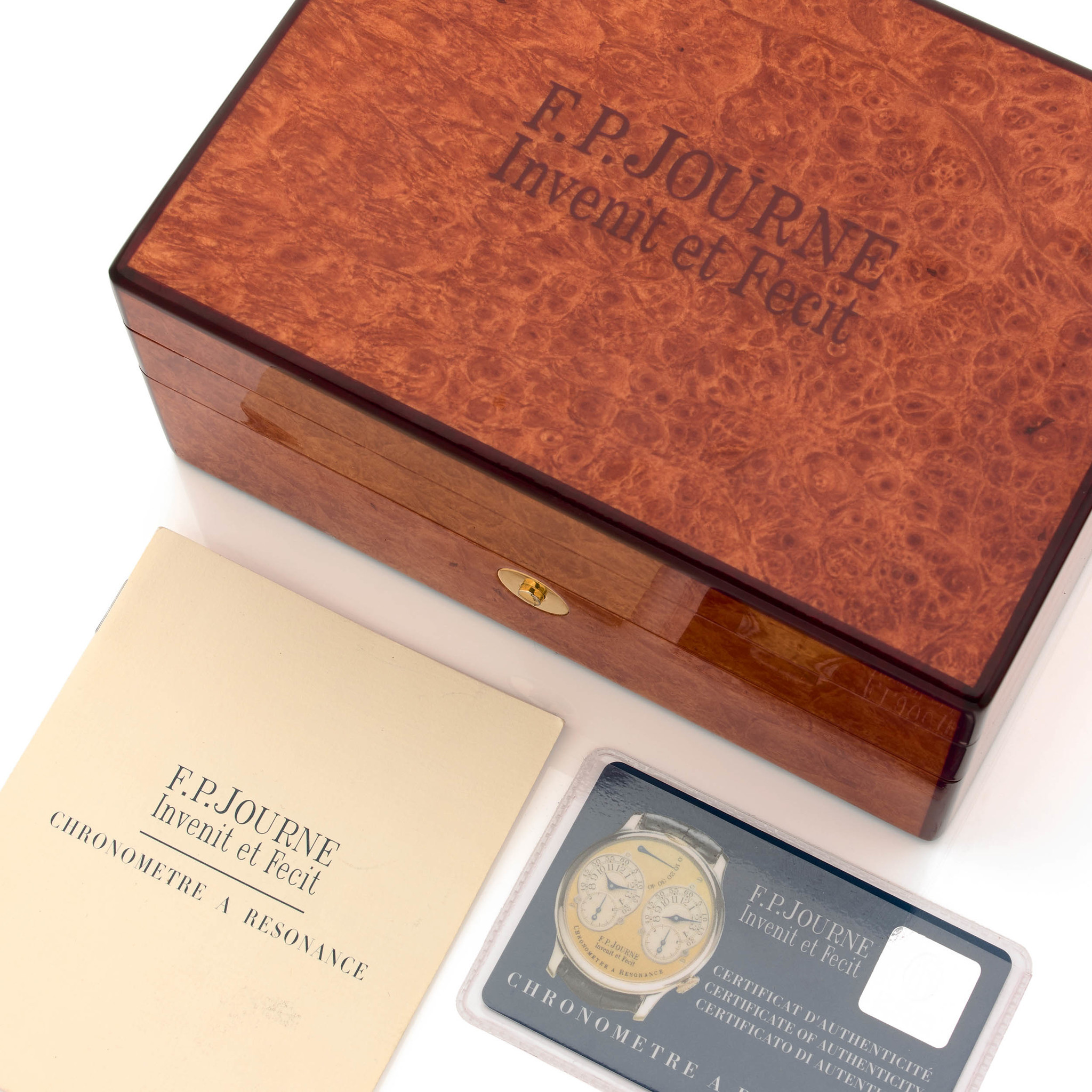 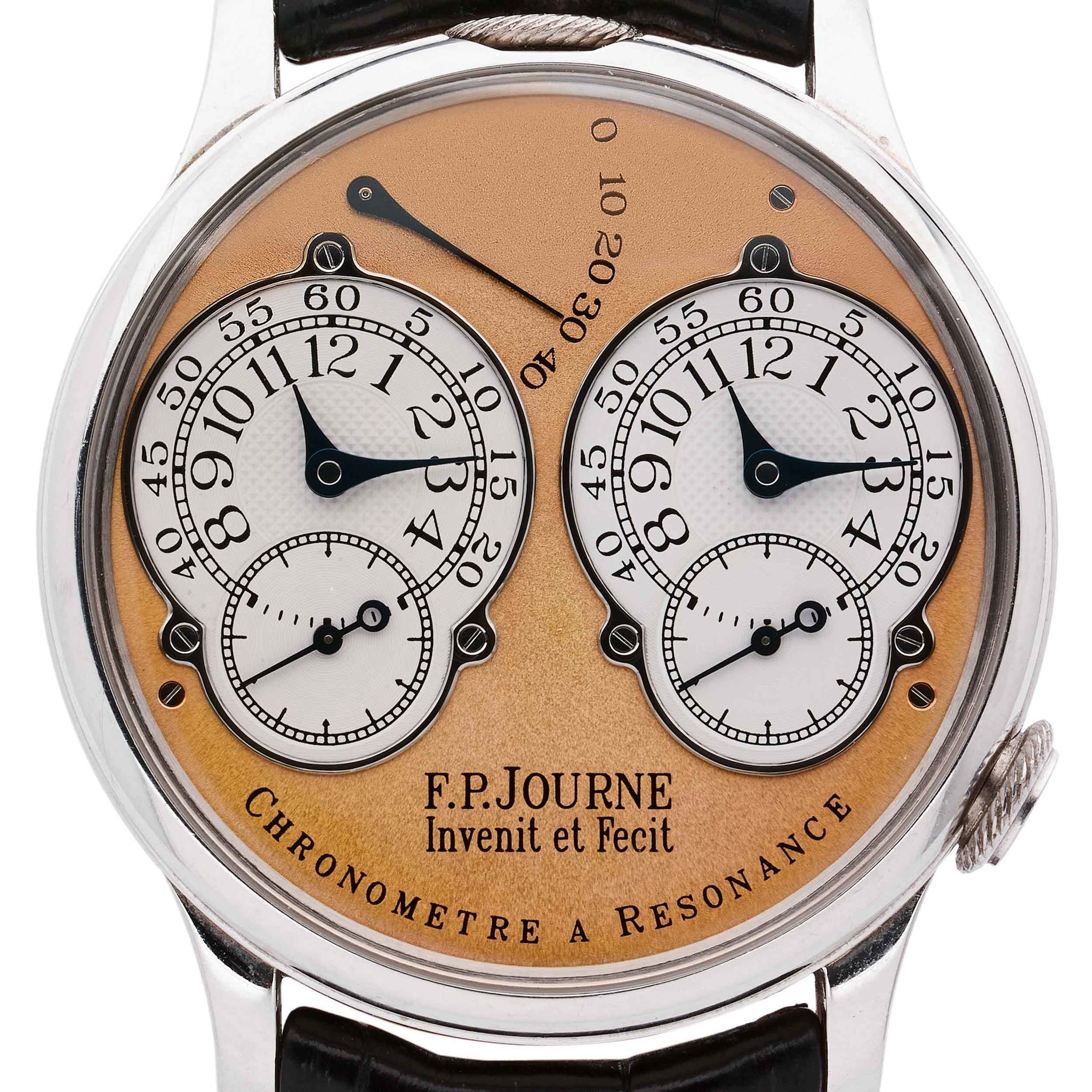 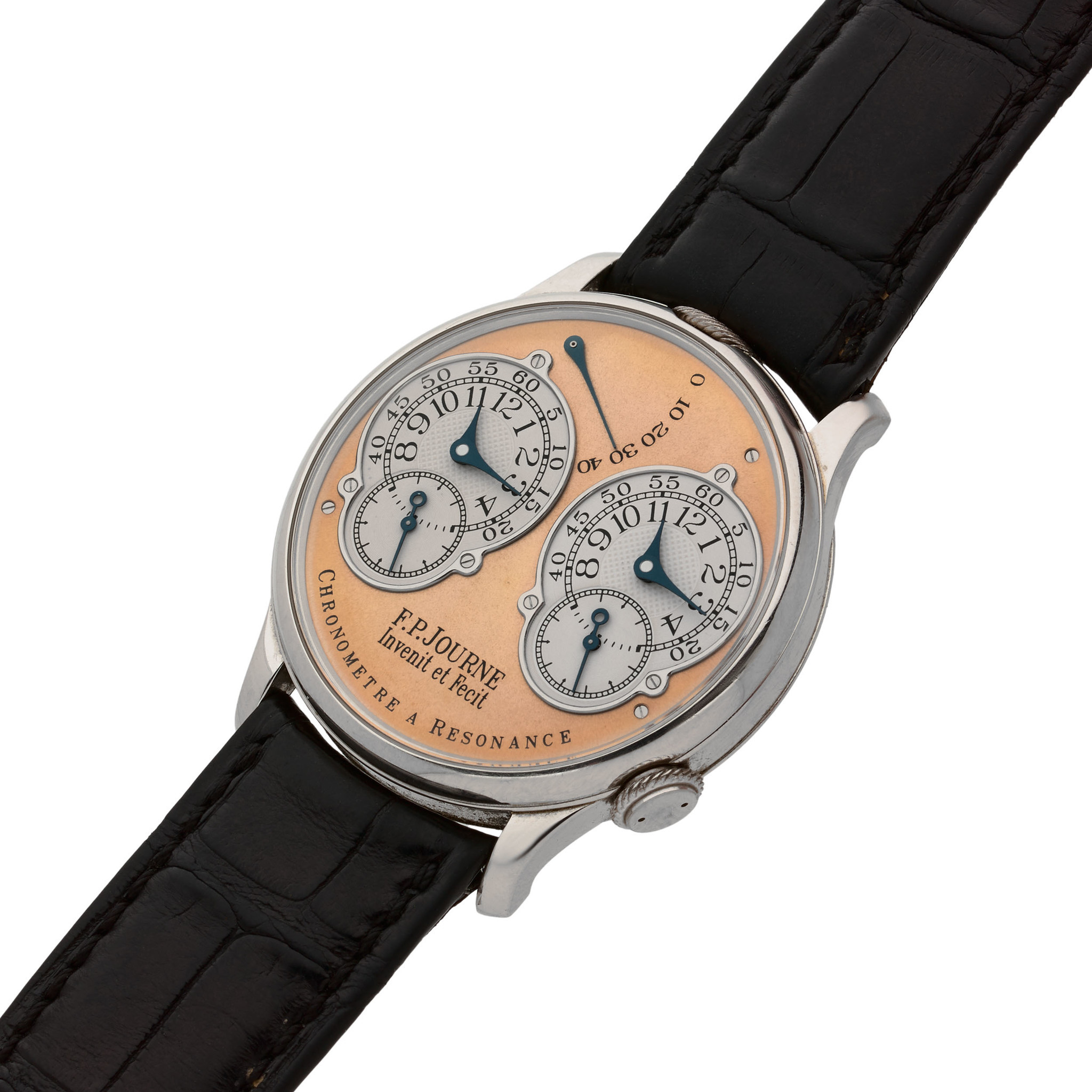 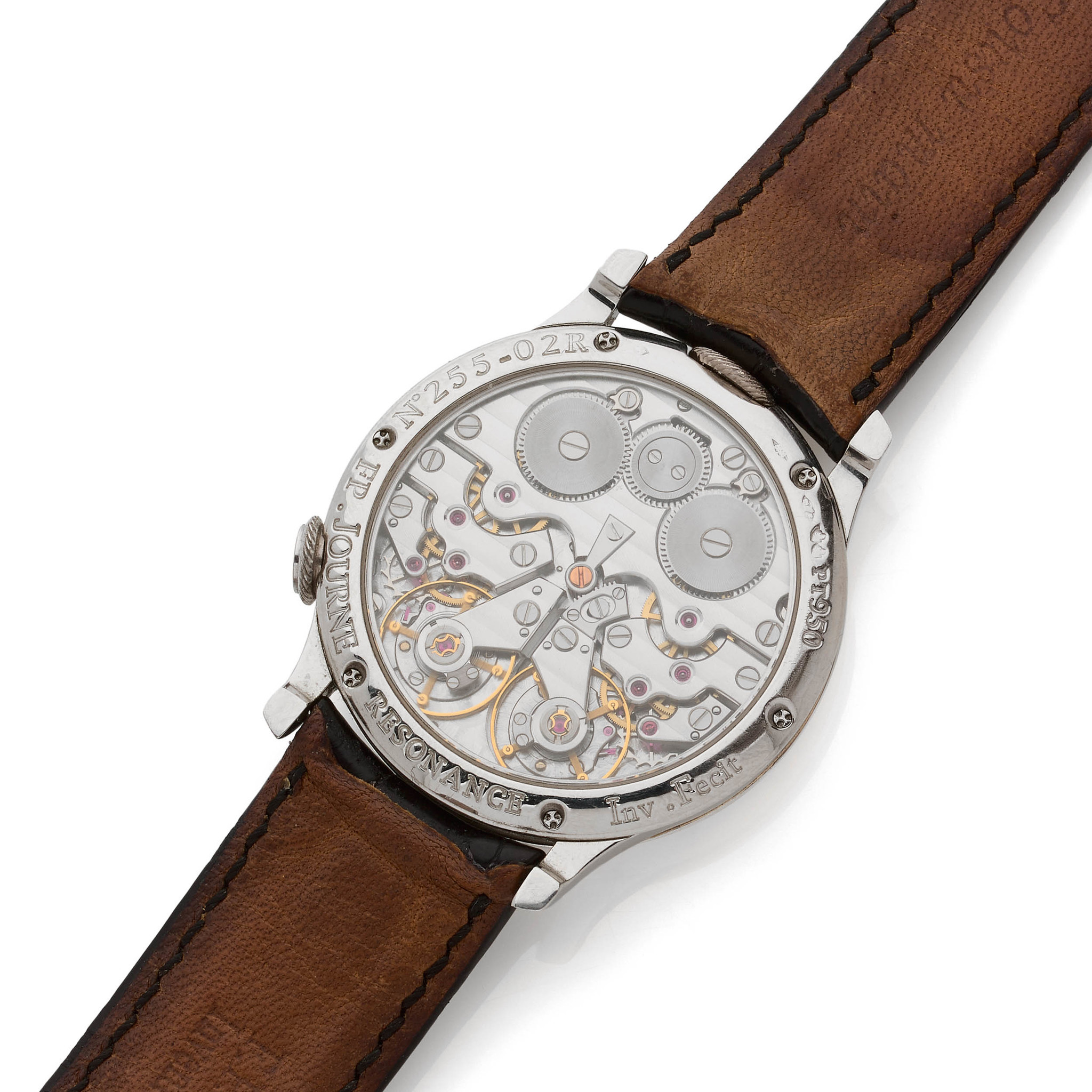 François-Paul Journe was born in Marseille in March 1957. He entered watchmaking school at the age of 14 and after two years, moved to Paris to continue his studies, where he obtained his diploma two years later. Only two years after his professional independence, he received the honours of the Bleustein Blanchet Fondation, created in 1960 to foster and reward outstanding achievement in the professional world. And so, he received the Laureate Prize of the Fondation de la Vocation, a very well recognised and esteemed distinction. In 1989, he was honoured by the horological Spanish academy who delivered him the golden prize of “Balancier d’or” for his global work. His boundless creativity pushed him to create the same year, with a small group of colleagues, the Manufacture company, Technique Horlogères Appliquées S.A. (T.H.A.) in Switzerland, specialised in developments and manufacturing of complex and innovative products, most of which were conceived by François Paul Journe for several famous brands.
Established since then in Geneva, he created in 1988, Montres Journe S.A., located at the rue des Maraîchers 5 in Geneva. He developed and manufactured complex and innovative products for many major companies such as Piaget with The Grande Sonnerie, Cartier with the Mysterious clocks and watches for Asprey, Breguet, Corum among others.
An exceptional and unique creation in chronometer engineering, the Resonance System Chronometer exhibits the so-called resonance, physics phenomenon duly applied to the science of horology. A world first, this wristwatch uses two entirely independent movements which interoperate in sympathy with each other for a wearing precision which exceeds the established limits for mechanical wristwatches. The physical phenomenon of resonance forms an integral part of our daily-lives, yet we scarcely pay any attention to it. When searching for a specific program on our radio, the radio crackles in so far as the waves selected have not encountered other waves, those of the radio transmitter, until they become harmonised. In the past, Napoleon once forbade his troops to march over a bridge for fear of it collapsing from the effects of resonance! Although this phenomenon is proven and acknowledged, is still difficult to explain
After deciding to launch his own brand, an idea was born to help with the early funding of the brand to produce a model that customers would pay in advance and receive at a later date.
The concept for the Journe Tourbillon Souscription was born with twenty numbered pieces on the dial offered to close friends of Francois-Paul. Presented at Basel in 1999, the watch received great feedback and shortly after, the next Souscription model was born this time in the now iconic Resonance concept. Only 20 were made, numbered on the case, and offered to the same clients who had supported the launch of the first model. As the clients who had ordered the original tourbillon had kept the similar Souscription number to match their set, at the same time, regular models were already being delivered. Furthermore, according the Journe website, only 10 examples were made in 38 mm. with a platinum case, yellow dial and sub-dials in silver.
The first prototype of the Souscription Resonance Number “000” was completed for and sold at the Antiquorum Auction “The Longitude at the Eve of the Third Millenary” in October 1999 and we are greatly honoured to auction another historical example, offered for the first time at auction.