Gold and enamel, oval-shaped snuff box with hinged lid; base and band decorated en suite The lid, the sides and the base panels painted on enamel on gold showing domestic genre scenes, within enamel border of floral scrolls. The central scene of the snuff box is inspired by a composition of Jean-Honoré Fragonard (1732-1806), as well as one of the lateral subjects ("The Happy Family"). The other scenes seem to be interpretations made from other compositions. This snuffbox of very beautiful dimensions is in a state of exceptional conservation. 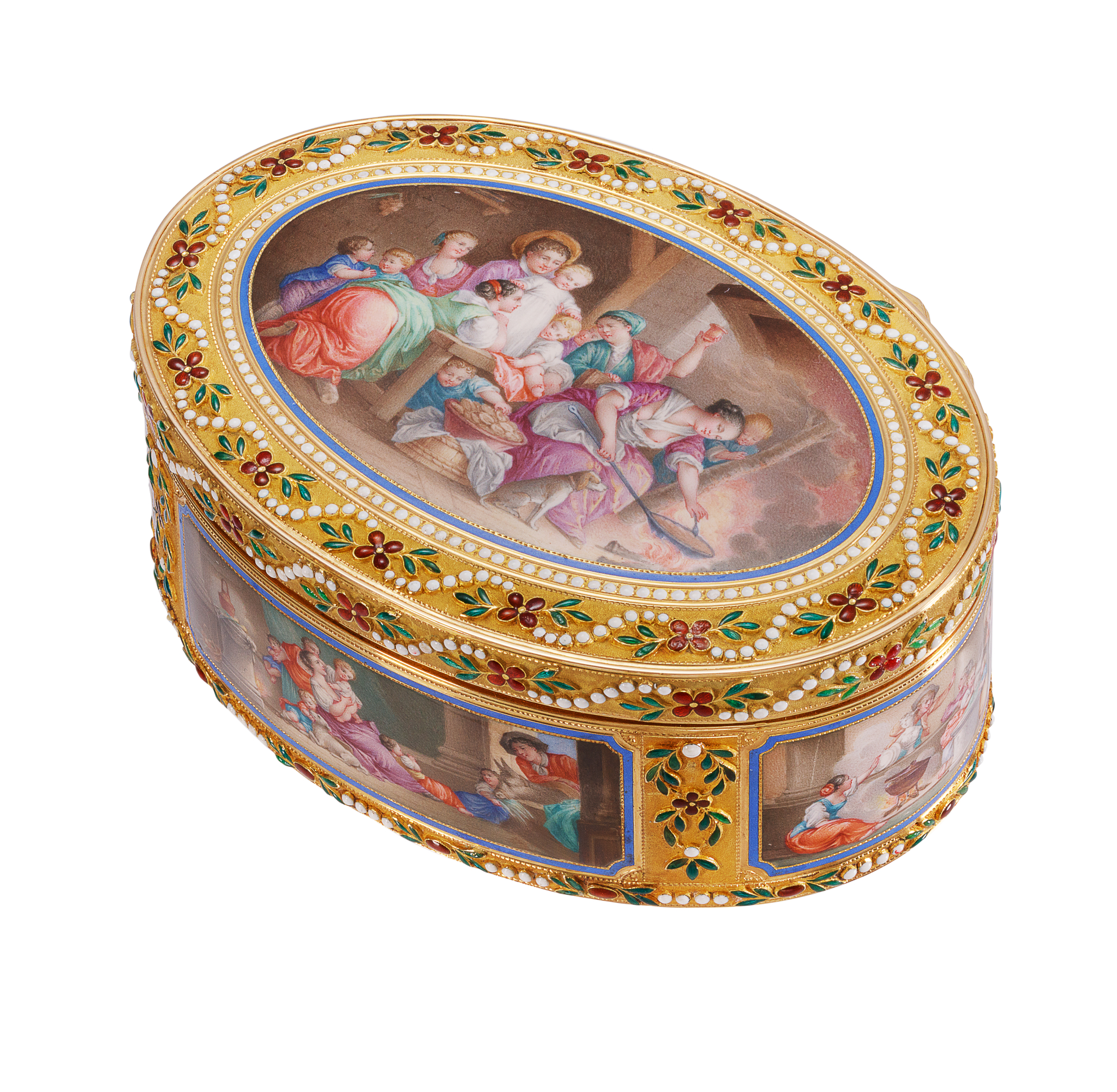 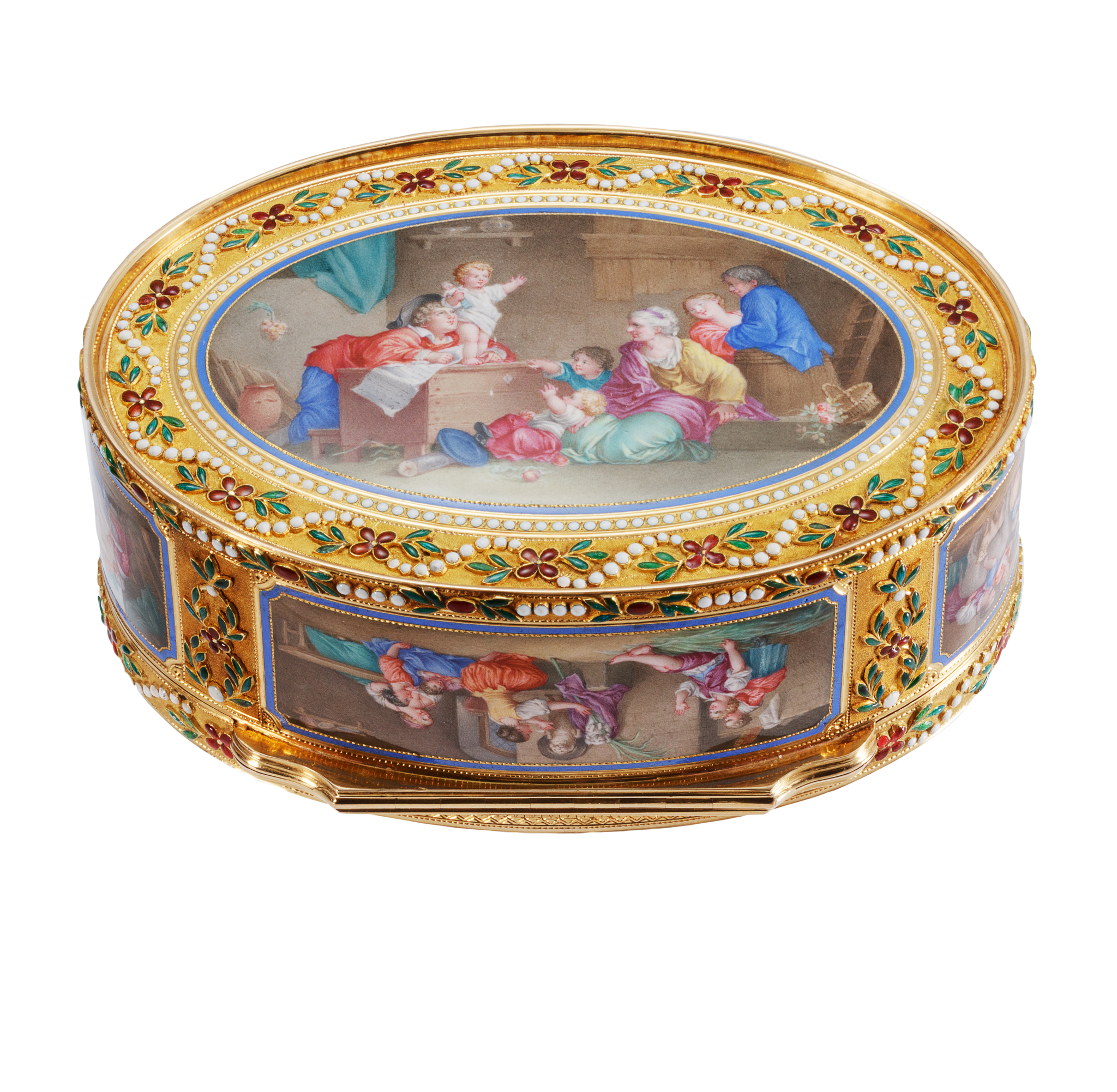 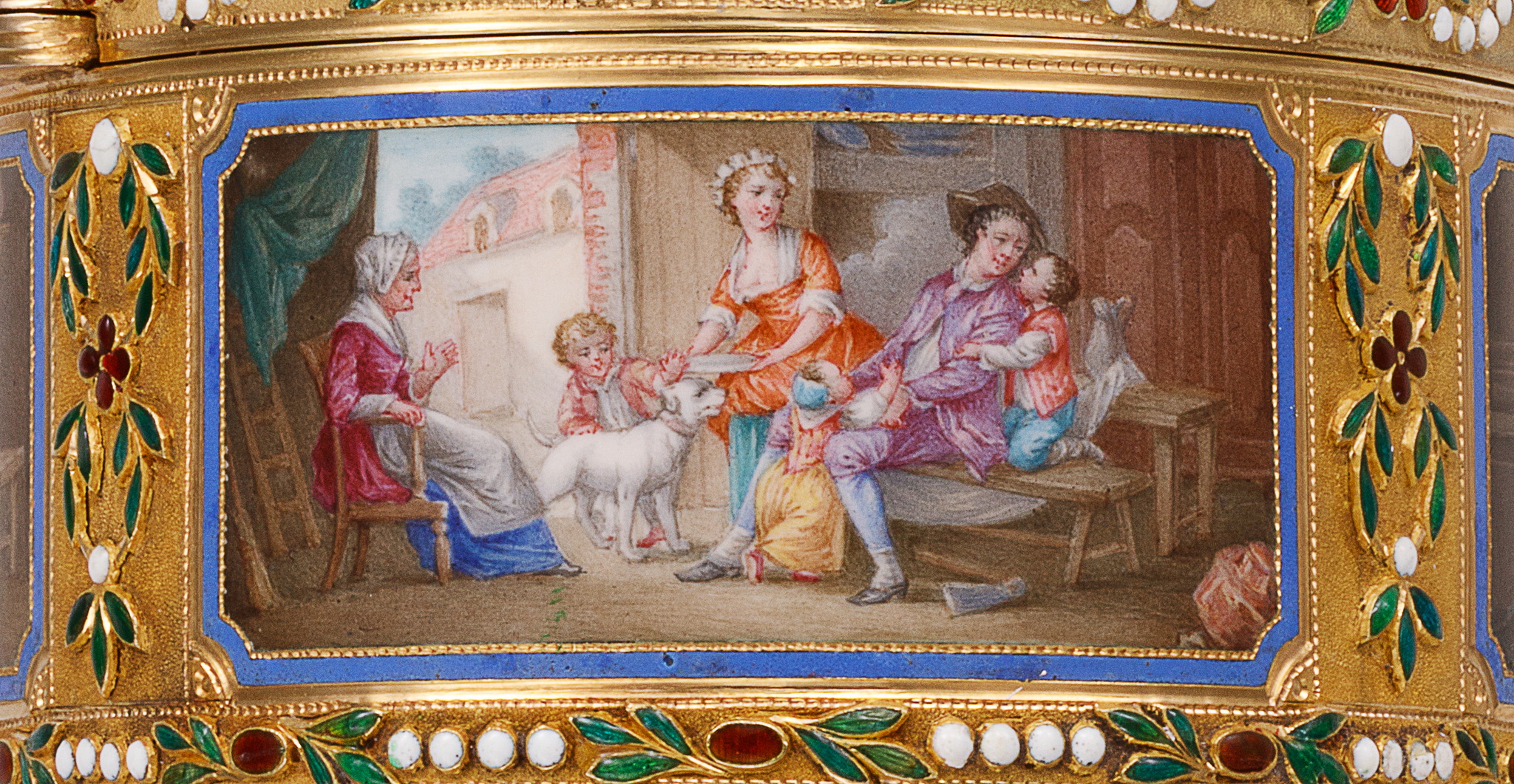 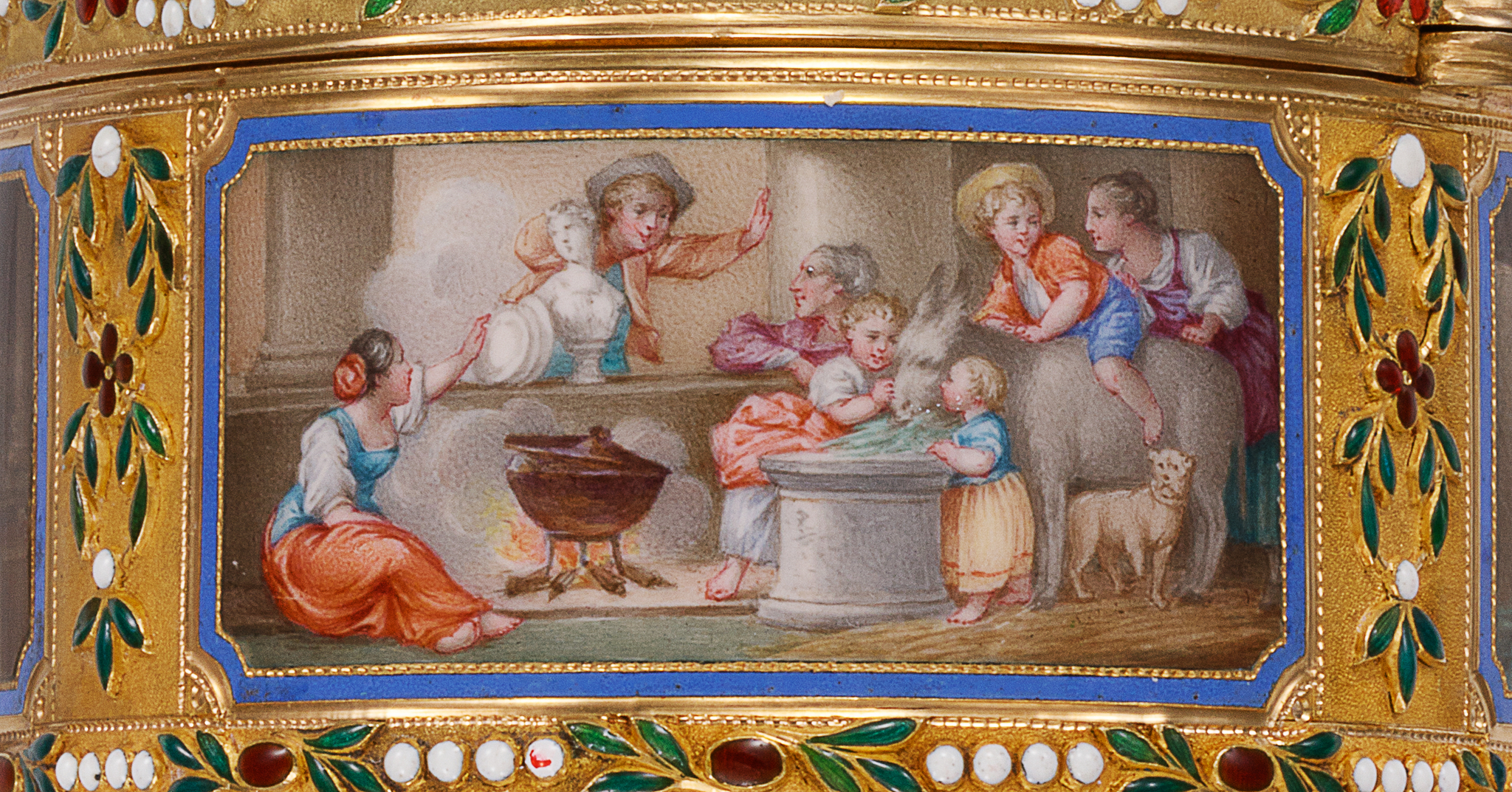 This snuffbox of very beautiful dimensions is in a state of exceptional conservation. Joubert, François (received as a Master in 1749) The best-known work by François Joubert is an elaborate silver saucière (sauceboat) of 1754-1755, with the arms of Madame de Pompadour, the favorite of louis XV, King of France (Paris, Musée des Arts Décoratifs, Inv. 26 908 A). Boxes by one Pierre-Aymé Joubert (received as a Master in 1735) are recorded, but Granjean notes that "On December 23, 1763, the wardens of the goldsmiths company declared him absent from Paris..." suggesting he had abandoned his business. His relation to François Joubert is not known, but the present box may be evidence that the latter was his successor; maybe his son. One Jean-Antoine Joubert is referenced, probably the son of François Joubert, who was apprenticed on February 23, 1760, to Jean-Marc Legast. He became master from rue de la Lanterne on December 20, 1777, under caution from Pierre Cerneau, known for his simple, guilloché engine-turned gold boxes. From 1781, he was recorded for ten years in the rue de la Juiverie. Bibliography Granjean, Serge, Catalogue des tabatières, boîtes et étuis des XVIIIe et XIXe siècles du musée du Louvre, Paris, Editions de la Réunion des musées nationaux, 1981, p. 117.