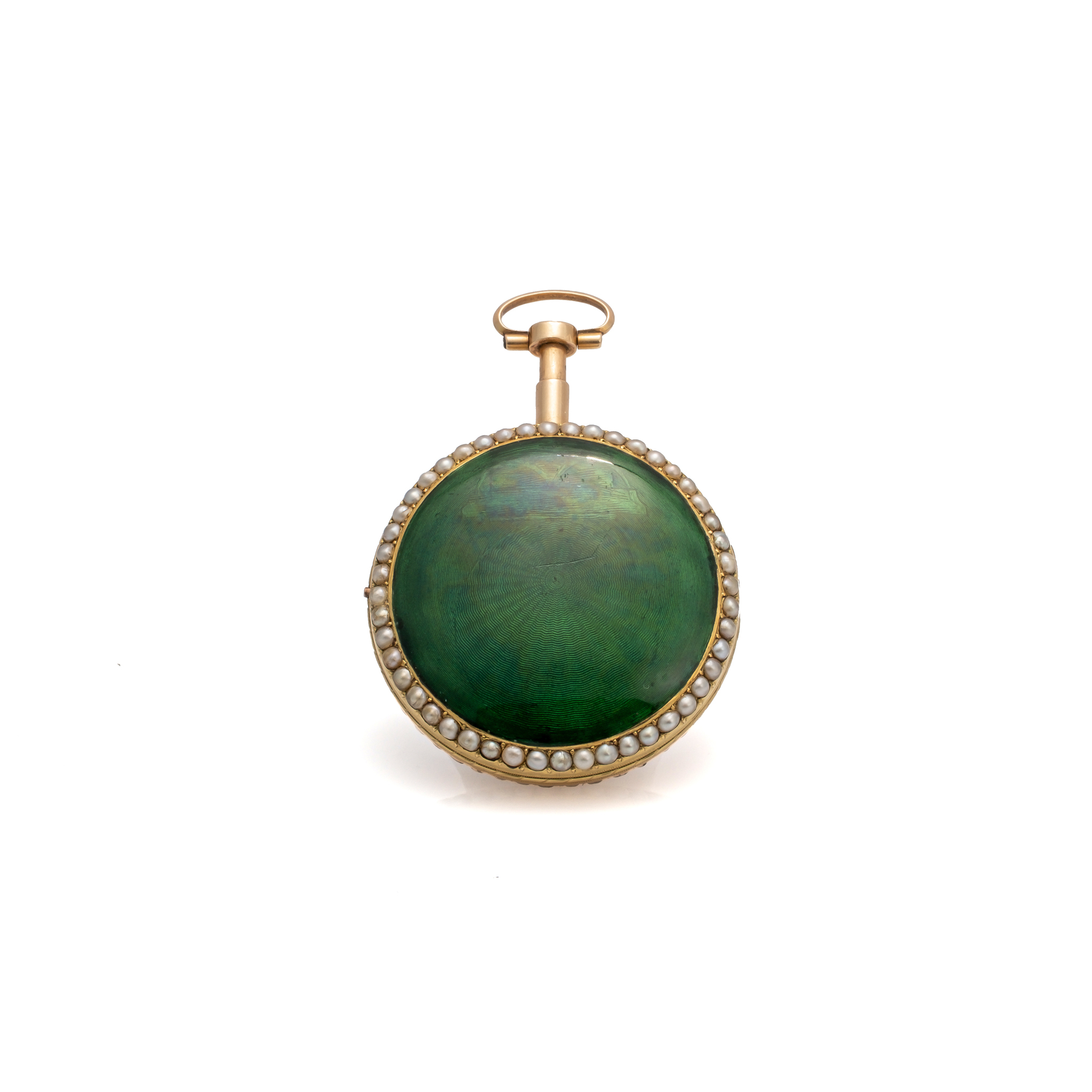 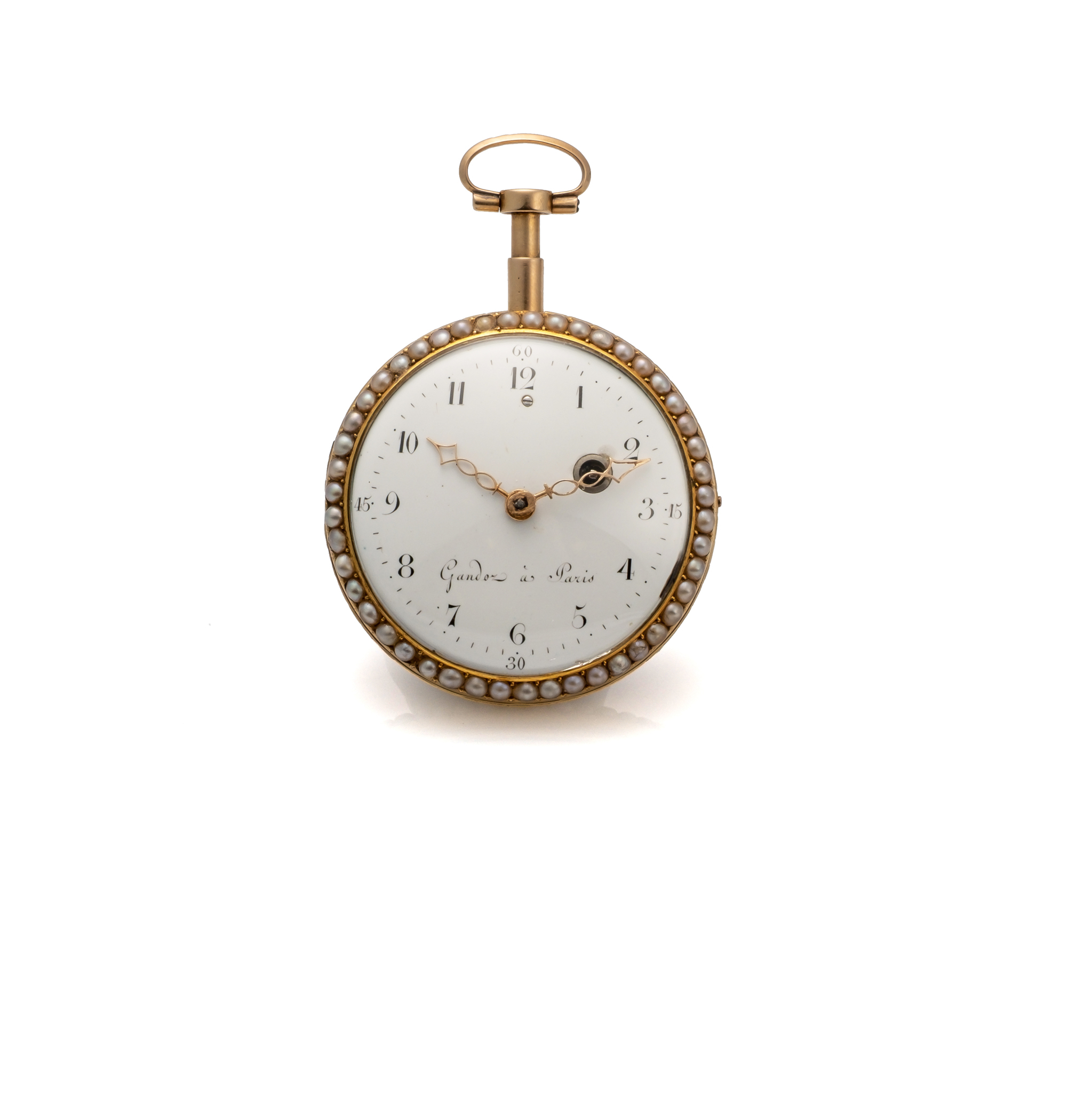 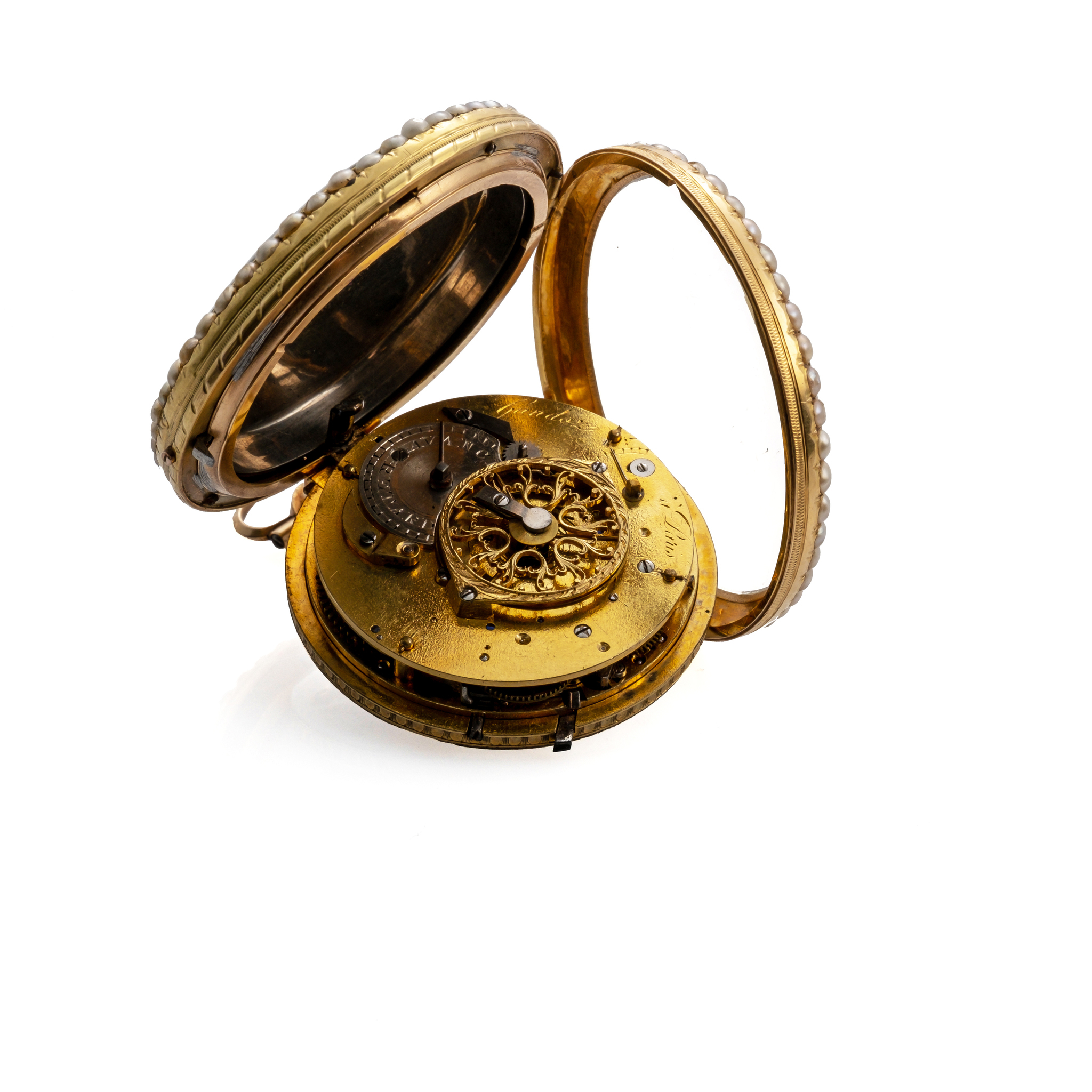 Model probably made by the Jaquet-Droz workshop, Geneva

Jaquet-Droz & Leschot
Pierre Jaquet-Droz was born on July 28, 1721, in La Chaux-de-Fonds (Neuchâtel mountains). He was the son of a farmer who was an occasional clockmaker as well. He studied humanities and philosophy in Basel from 1738 to 1739 and then became interested in horology. We know little of him as a person, only that he was sober, serious, taciturn, and very careful in his work. On October 25, 1750, Pierre Jaquet-Droz married Marianne Sandoz, the daughter of Civil Lieutenant Abraham-Louis Sandoz, who was later to accompany Pierre on his trip to Spain. At the age of thirty-four, Pierre Jaquet-Droz was left a widower. He never remarried, and seems to have devoted himself to his work as a watchmaker with all the more intensity. The second child of Pierre Jaquet-Droz and his wife Marianne, Henry-Louis, was born on October 13, 1752. Recognising that he was a gifted child, his father sent him to Nancy to study music, science, mathematics, physics and drawing. In 1758, Jaquet-Droz made the long and difficult journey to Spain, to present his works to King Ferdinand VI. When he returned, the sum he brought back enabled him to devote himself to the making of the famous Jaquet-Droz automata, the writer, draughtsman, and musician, and to found the successful Jaquet-Droz firm, in London and Geneva, for the making of extraordinary mechanical and musical pieces. Upon his return in 1769, Henry-Louis took his place in his father’s workshop alongside Jean-Frédéric Leschot (1746-1824), an adoptive son. It was the beginning of a close and fruitful partnership between the three men. Pierre Jaquet-Droz was the first to make singing-bird boxes and enjoyed an excellent reputation for complicated clocks, Neuchâtel clocks and automaton timepieces. When Pierre Jaquet-Droz grew old, the firm was taken over by his son Henry-Louis and Jean-Frédéric Leschot, under the name of Jaquet-Droz & Leschot. Pierre Jaquet-Droz died in Biel in 1790, at the age of 69. Upon his father’s retirement from the family firm, Henry-Louis naturally replaced him, traveling to London to look after business. He also maintained an active interest in the Société des Arts of Geneva, studying questions related to the well-being of the Genevan “Fabrique” and seeking solutions to problems which plagued his colleagues and fellow members. Henry-Louis’ health was poor, however. Despite a journey undertaken to improve his condition, he died in Naples in November 1791, at the early age of 41. Subsequently, Jean-Frédéric Leschot took over the company and continued to work with extraordinary craftsmen, such as Jacob Frisard (1753-1810) or the Maillardets.
For a century, a very rich bibliography has allowed us to discover the life and work of these exceptional manufacturers.