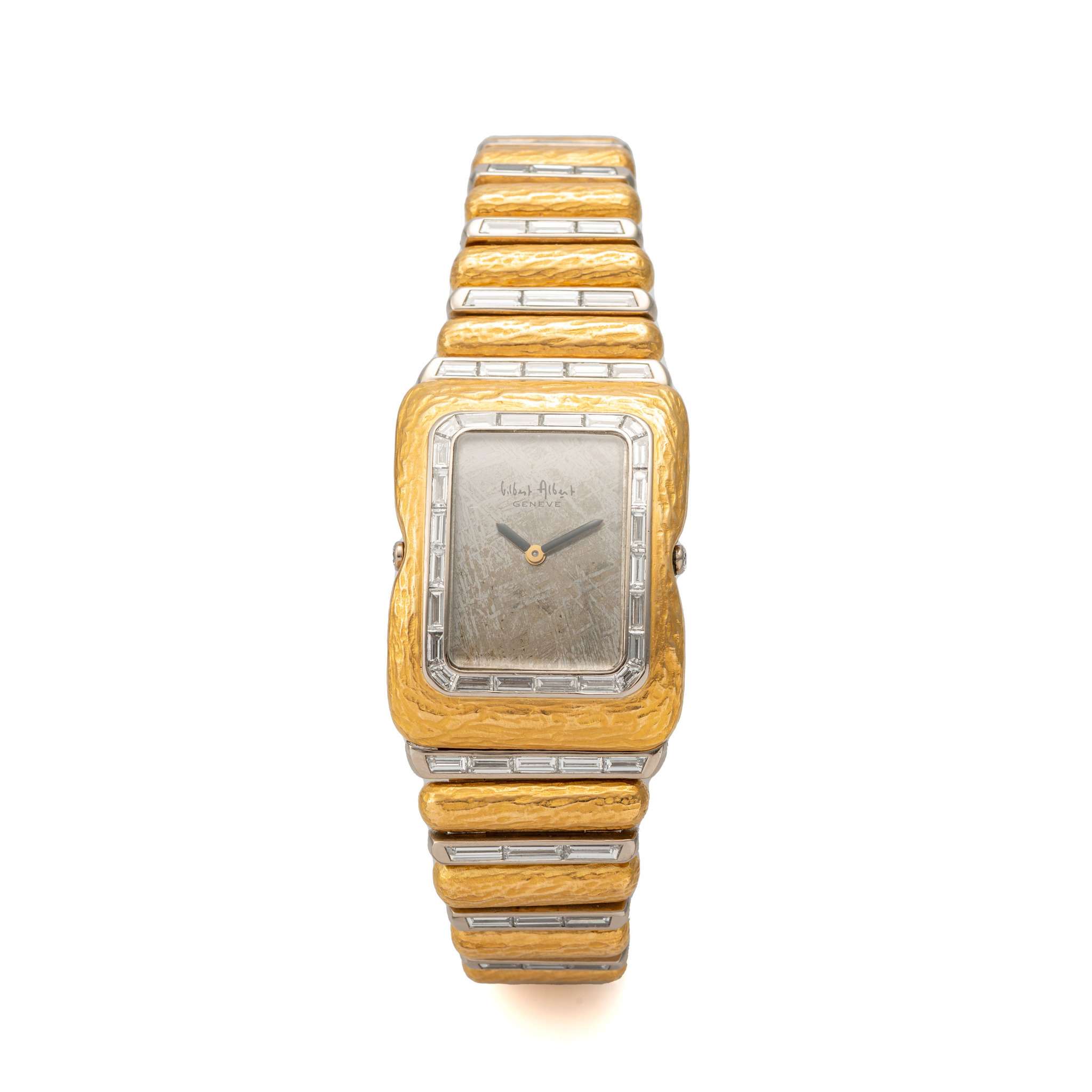 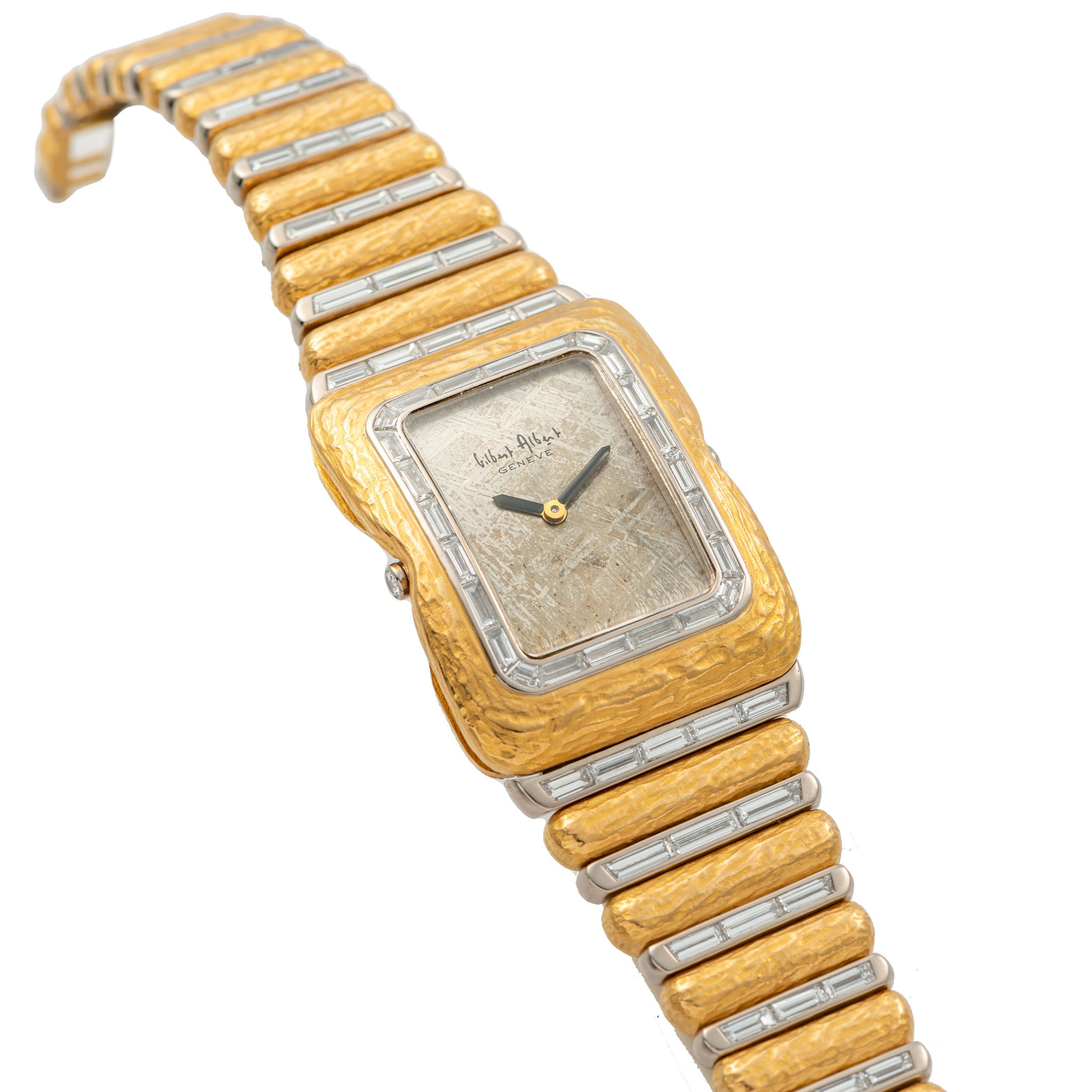 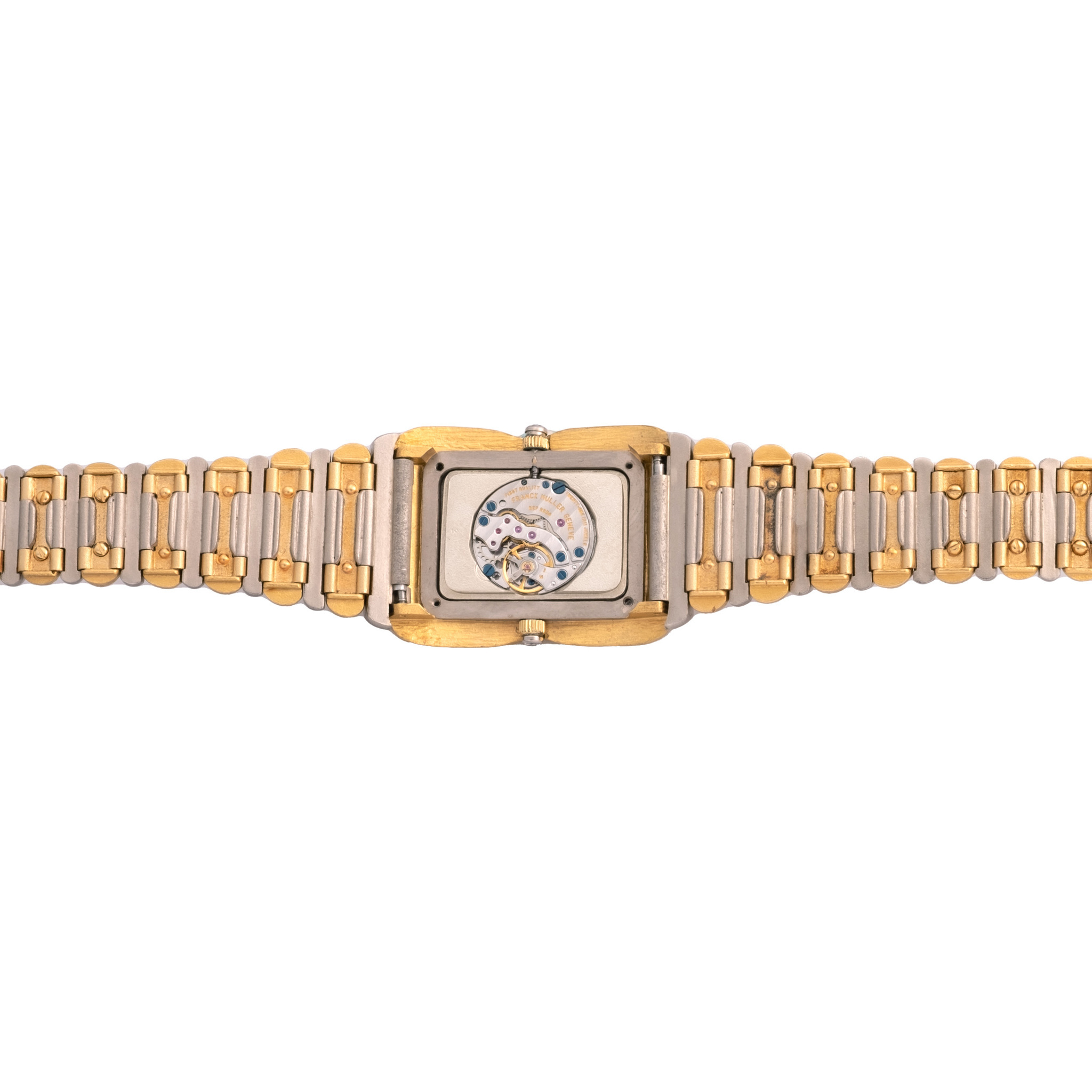 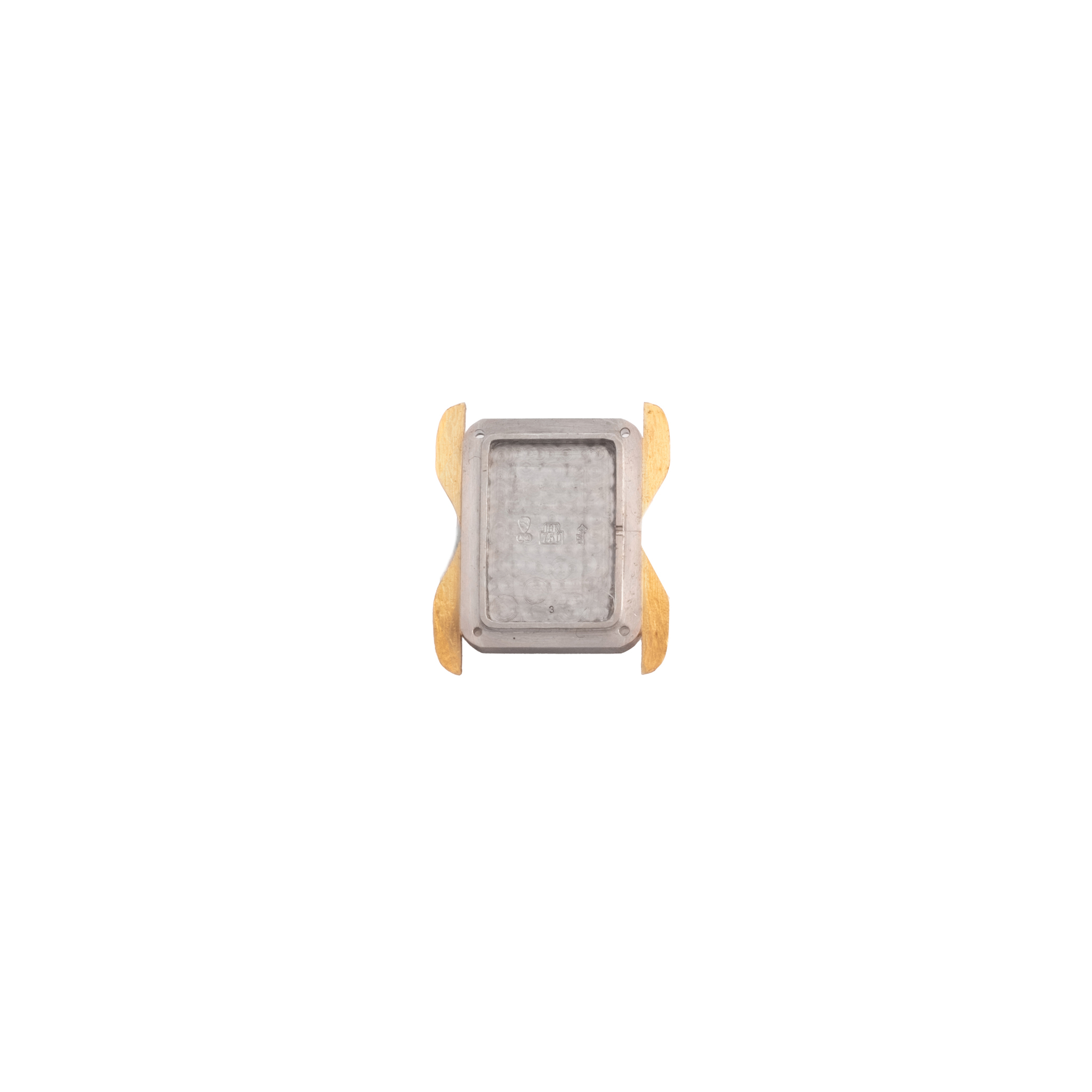 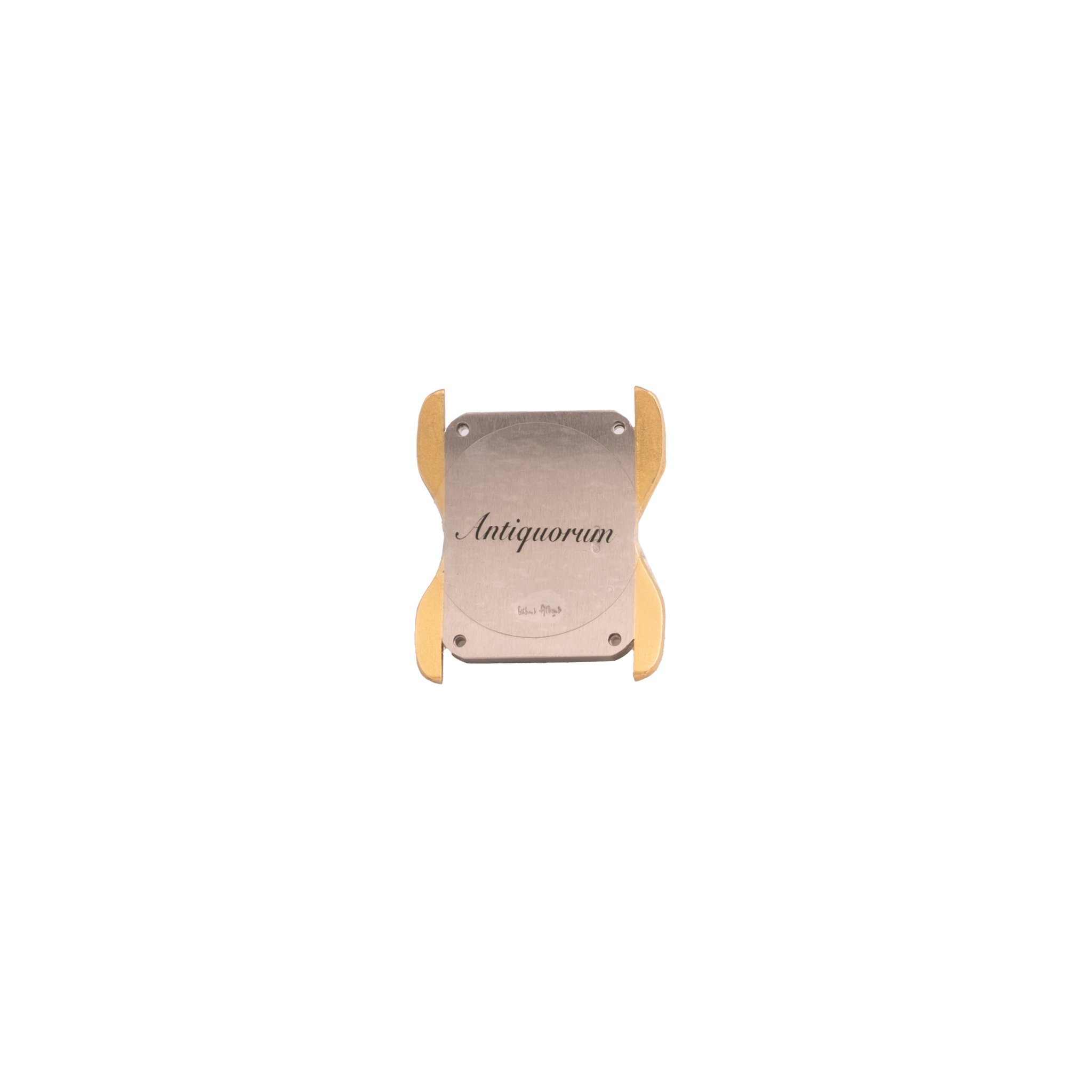 Fitted with baguette diamonds on the bezel and on the inter-links, this is the first of its kind to be sold by Antiquorum and was either created as a unique piece or made in a very small number of pieces.

Created according to a design by Gilbert Albert (1930-2019), the case was made by Les Ateliers Réunis S.A., Geneva, which has been part of the Genevan Manufacture Patek Philippe since the early 2000s. The decoration and setting of the stones is undoubtedly the work of the Genevan creator, jeweller and designer workshop. The "First Quality" movement was supplied by Franck Muller S.A., Geneva.

In 1955, at the age of 24, he began to apply his innovative talents to the design of wristwatch cases for Patek Philippe. Breaking away from traditional shapes, he introduced asymmetrical triangles and rhombic forms inspired by his passion for modern sculpture and works by his favourite's artists, such as Brancusi and Mondrian. He also introduced textured organic surfaces on the asymmetrical shapes designed for the Patek Philippe "Ricochet" collection. However, many of his more revolutionary designs of that time remained prototypes and were not produced in a series.

In 1962, Gilbert Albert established his own workshop, designing and producing jewellery under his own name. Over the years, he became very successful, both in Geneva and internationally, and receiving numerous awards for his jewellery.