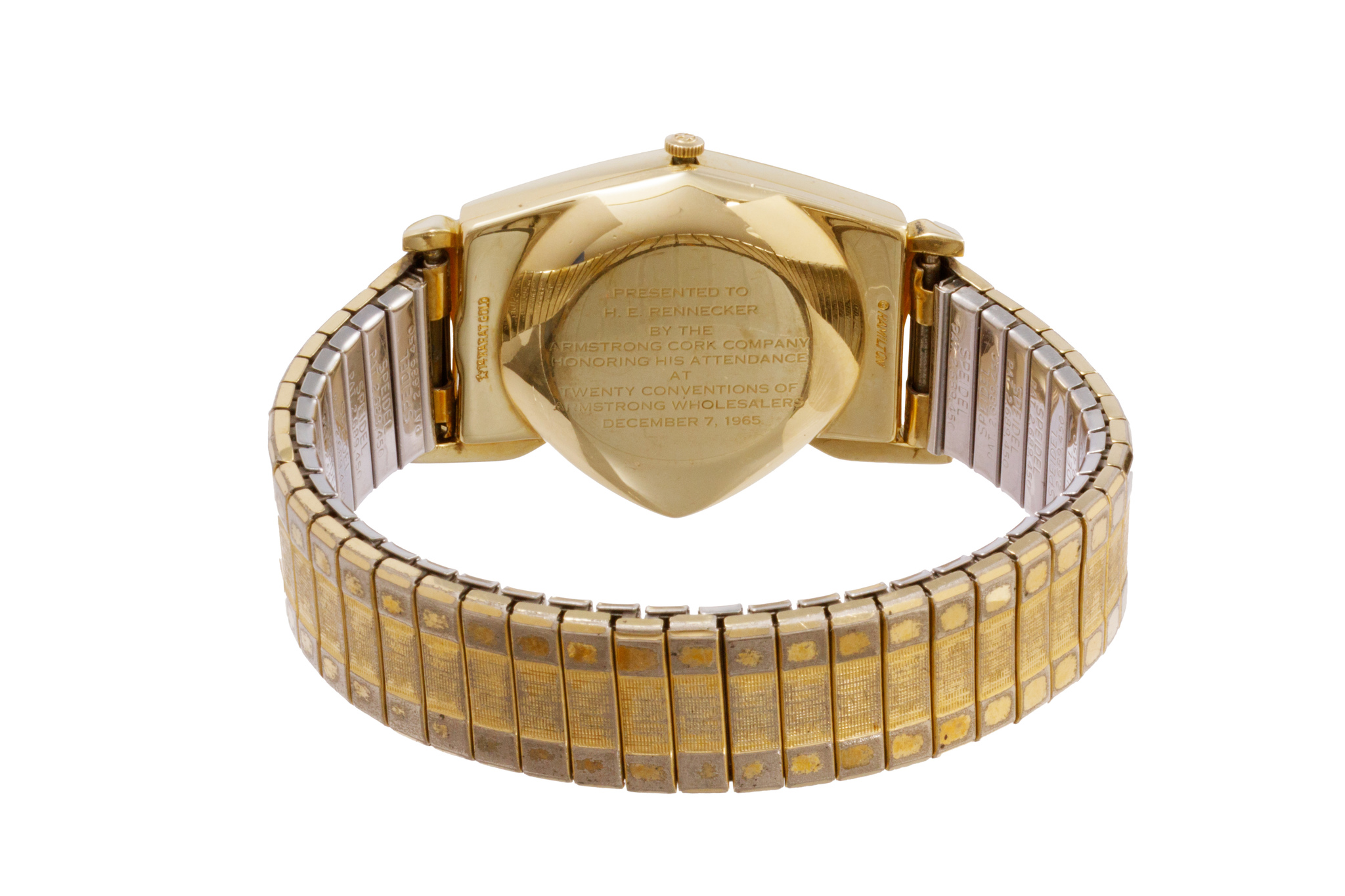 Hamilton “Electric” wristwatches
The production of this type of watches start in 1957, with an electrical system patented by Hamilton in the U.S.A. in 1954 and in England in 1955.
The “World’s First Battery Powered Watch” exists in different asymmetrical shaped, square, triangular or round, including the famous “Ventura”, “Pacer”, “Polaris, “Spectra”, “Pegasus”, “Altair”, “Van Horn”, etc., models.
--
On January 3, 1957, at the Savoy Plaza Hotel in New York City, Hamilton held an elaborate press conference where there were over 120 reporters in attendance to launch the watch. The press release was published in over 500 newspapers across the country. Radio and magazine advertisements followed with futuristic themes, and specialized displays were sent to Hamilton retailers to tout the new invention. The future was here, and Hamilton wanted to stake it's claim in ushering it in.The Electric team realized that the exterior housing this revolutionary movement should look as modern and futuristic as the movement. They hired a well-known automotive designer, Richard Arbib, to design cases that would reflect Hamilton's forward-thinking vision.
Source
Rondeau, René, The Watch of the Future, The Story of the Hamilton Electric Watch, 4th revised edition (256 pp.).

--
Bracelet based on the American invention patent No. 2 689 450, delivered on September 21, 1954, to Karl Emil Stiegele, Huchenfeld, near Pforzheim, Baden (Germany), for a “Expansible bracelet”.