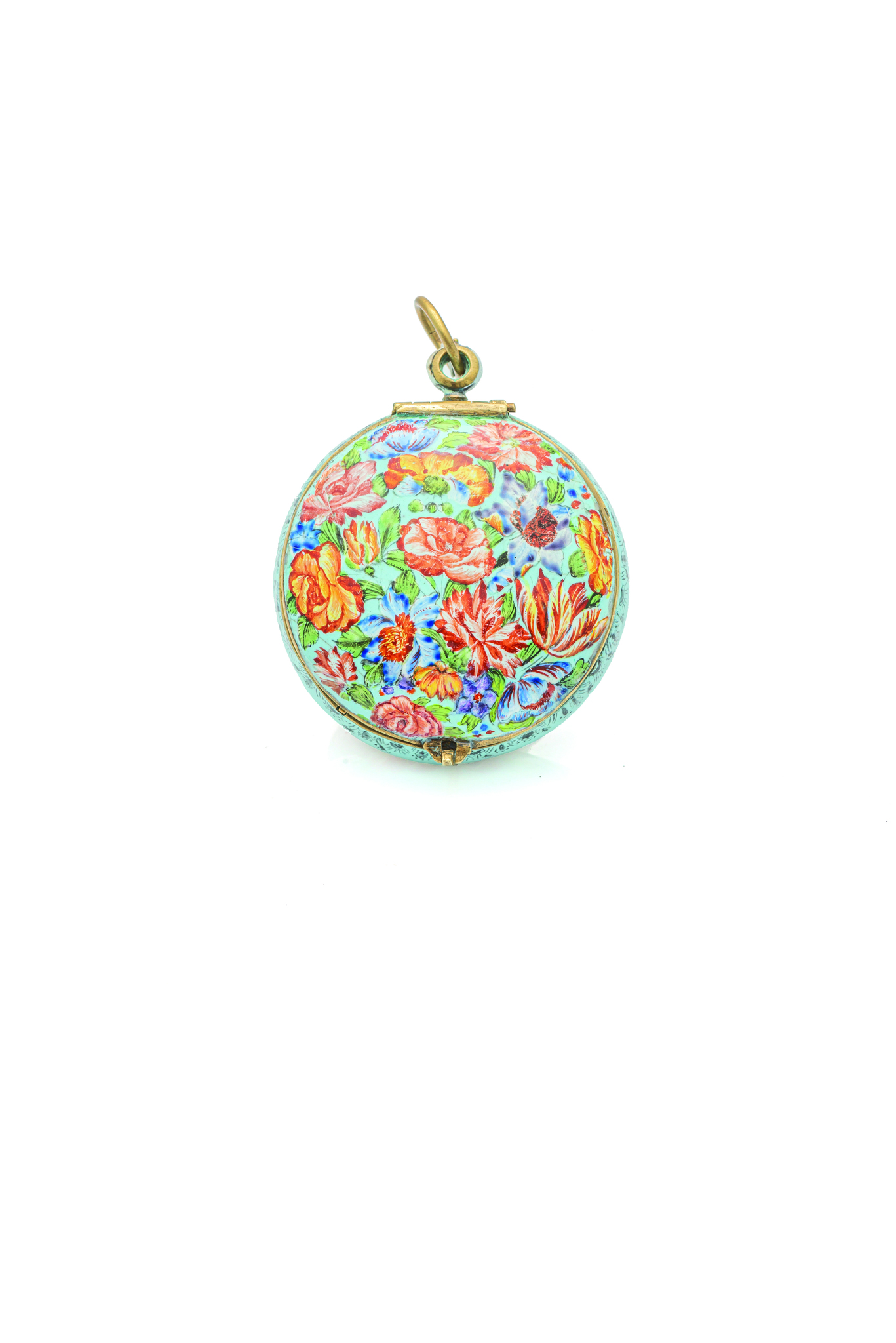 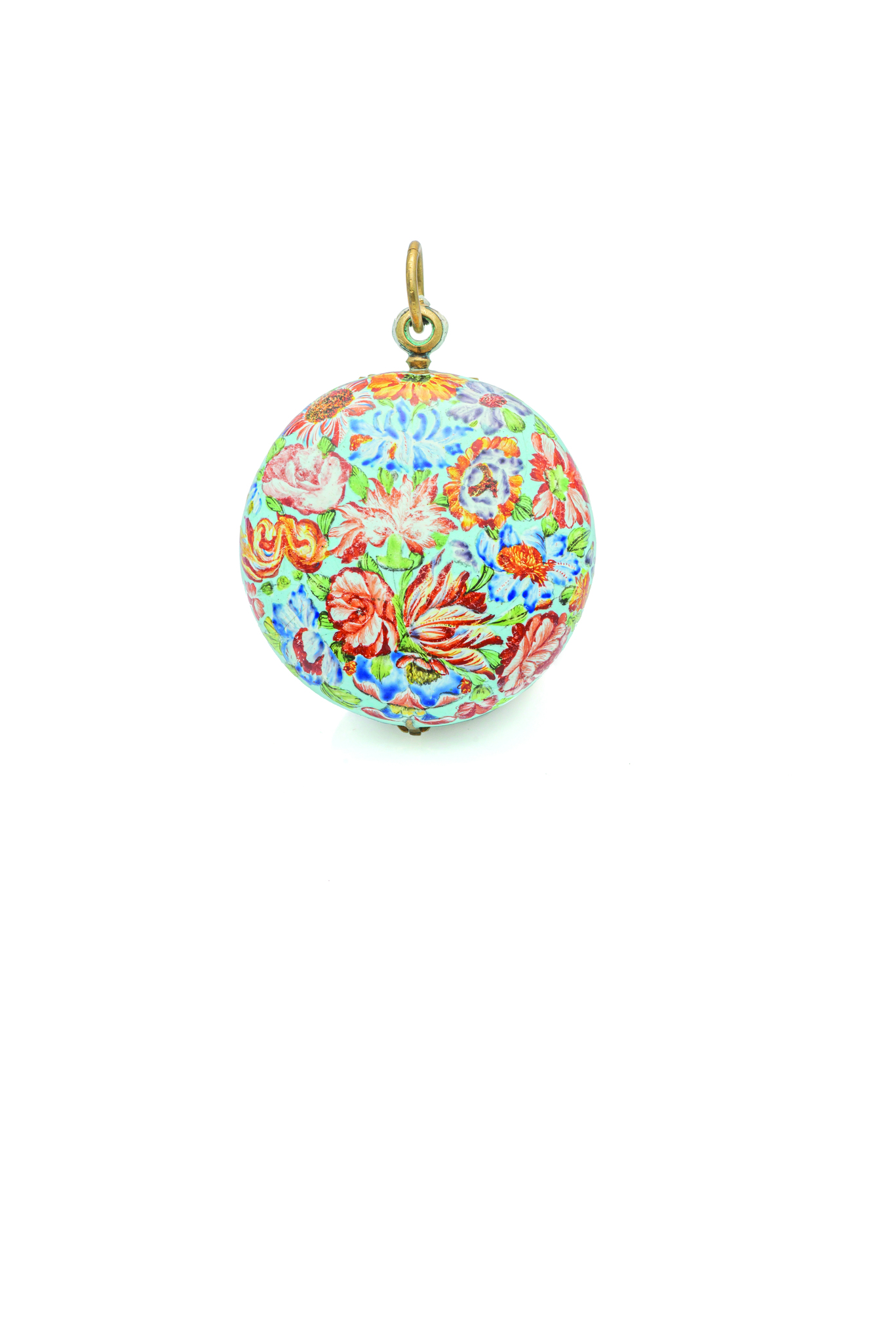 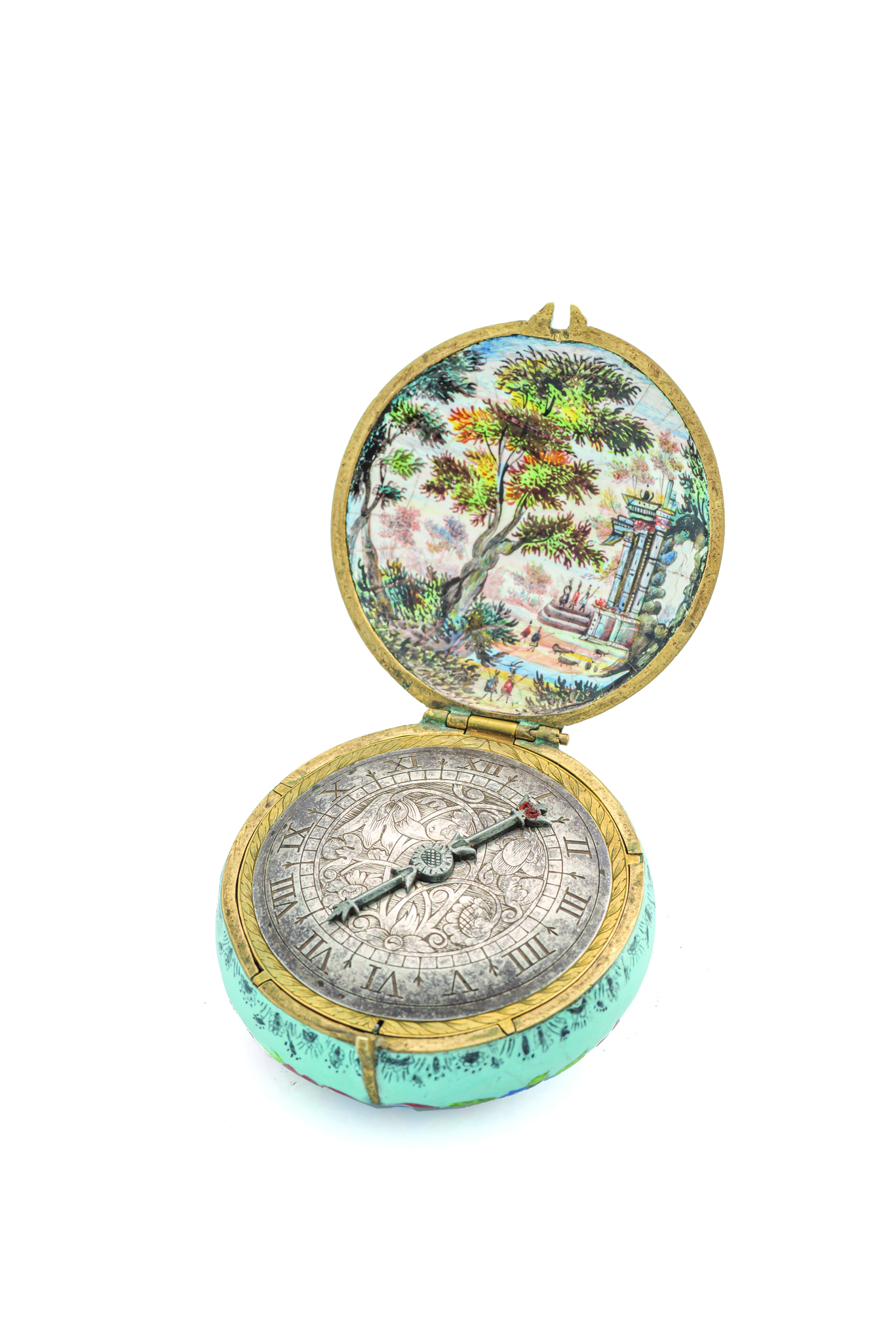 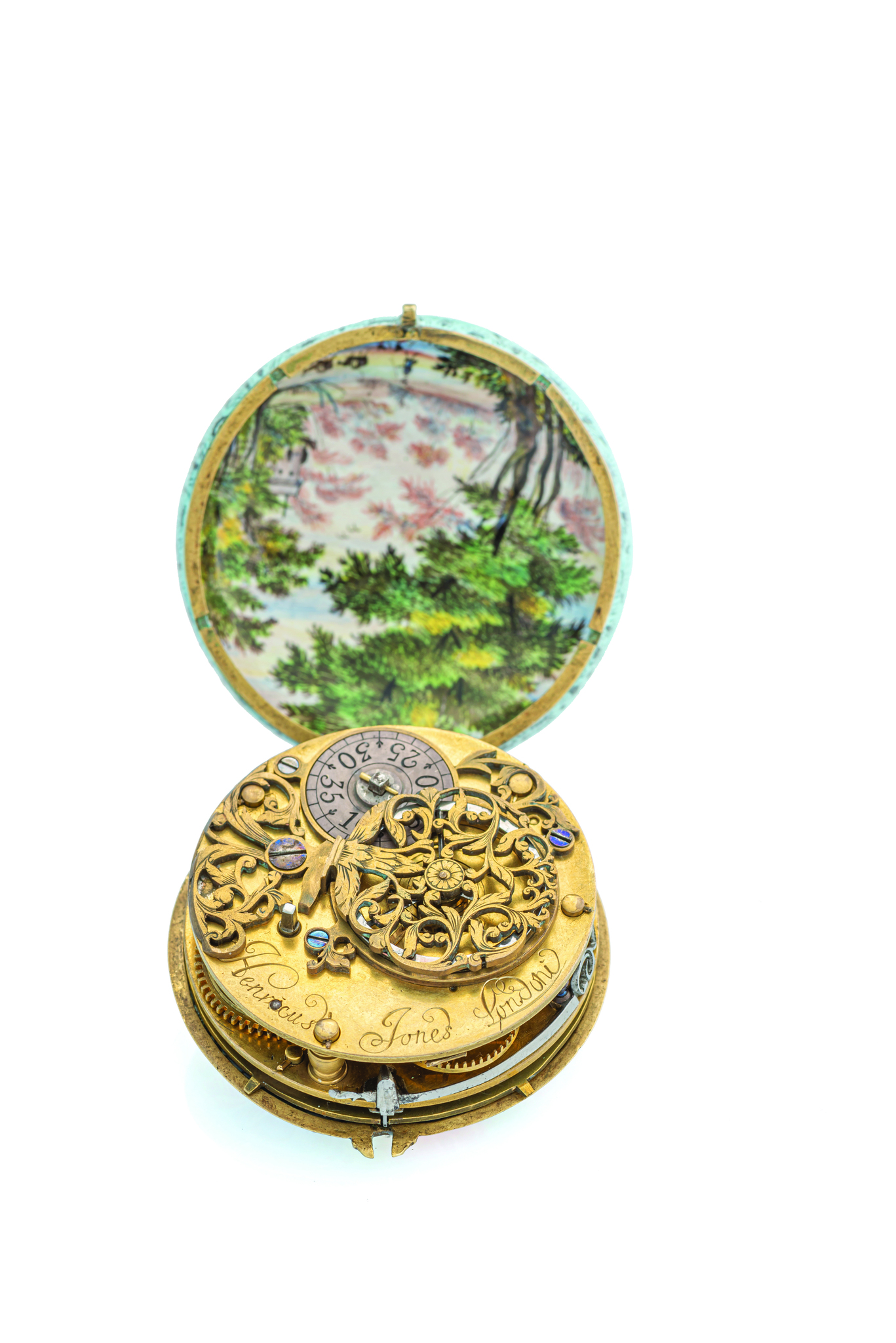 Model The case may have been made in Augsburg

Bleu mourant
“On appelle, Bleu mourant, un bleu fort pasle, & fort deschargé.” (We call, Bleu mourant (dying blue), a very pale blue, & very discharged), in Dictionnaire de L’Académie française, 1st edition, Paris, 1694.
--
Jones, Henry (or Henricus) (1642-1695)
Henry Jones was one of the most eminent early English watchmakers.
Originally apprenticed to Benjamin Hill, he was apprenticed to Edward East (1654). He became a Freeman of the Clockmakers’ Company in 1663, was an Assistant in 1676 and was appointed Master in 1691. During his thirty years working life, he has taken on fourteen apprentices.
He established his business in the Inner Temple Lane and continued in the tradition of East making the finest clocks and watches contained in superbly crafted cases.
In October 1692 he matched Edward Easts contribution of £100 to the Clockmakers Charity for "5 poor widows having Annually the Benefitt thereof Forever".
It is an interesting fact that one of the clocks he made for King Charles cost £ 150, a vast sum of money at the time. Jones died in 1695.
Examples of Jones’s work are included in the collections of The British Museum, The Guildhall Museum, and the Metropolitan Museum of Art in New York (U.S.A.), amongst many others.