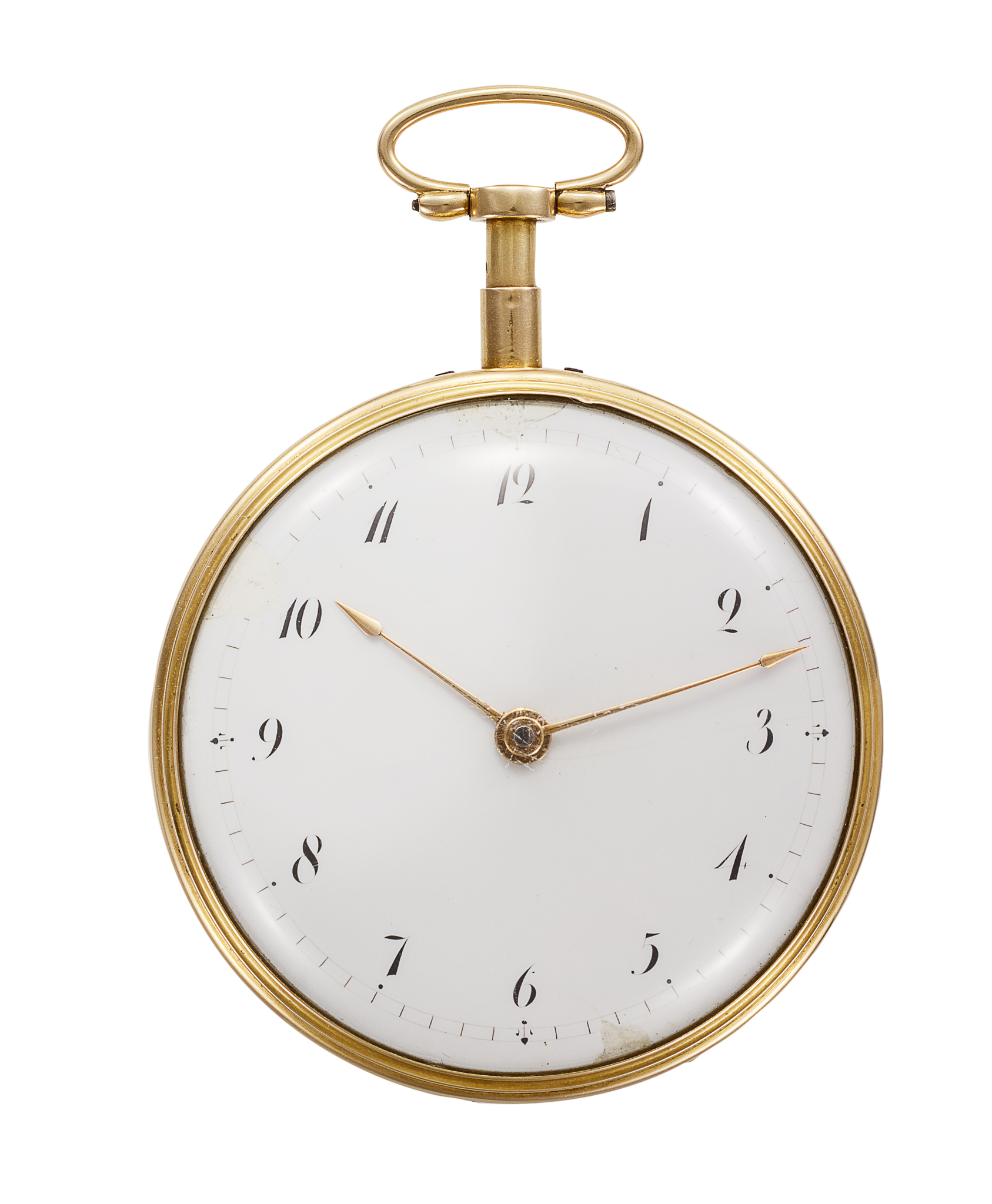 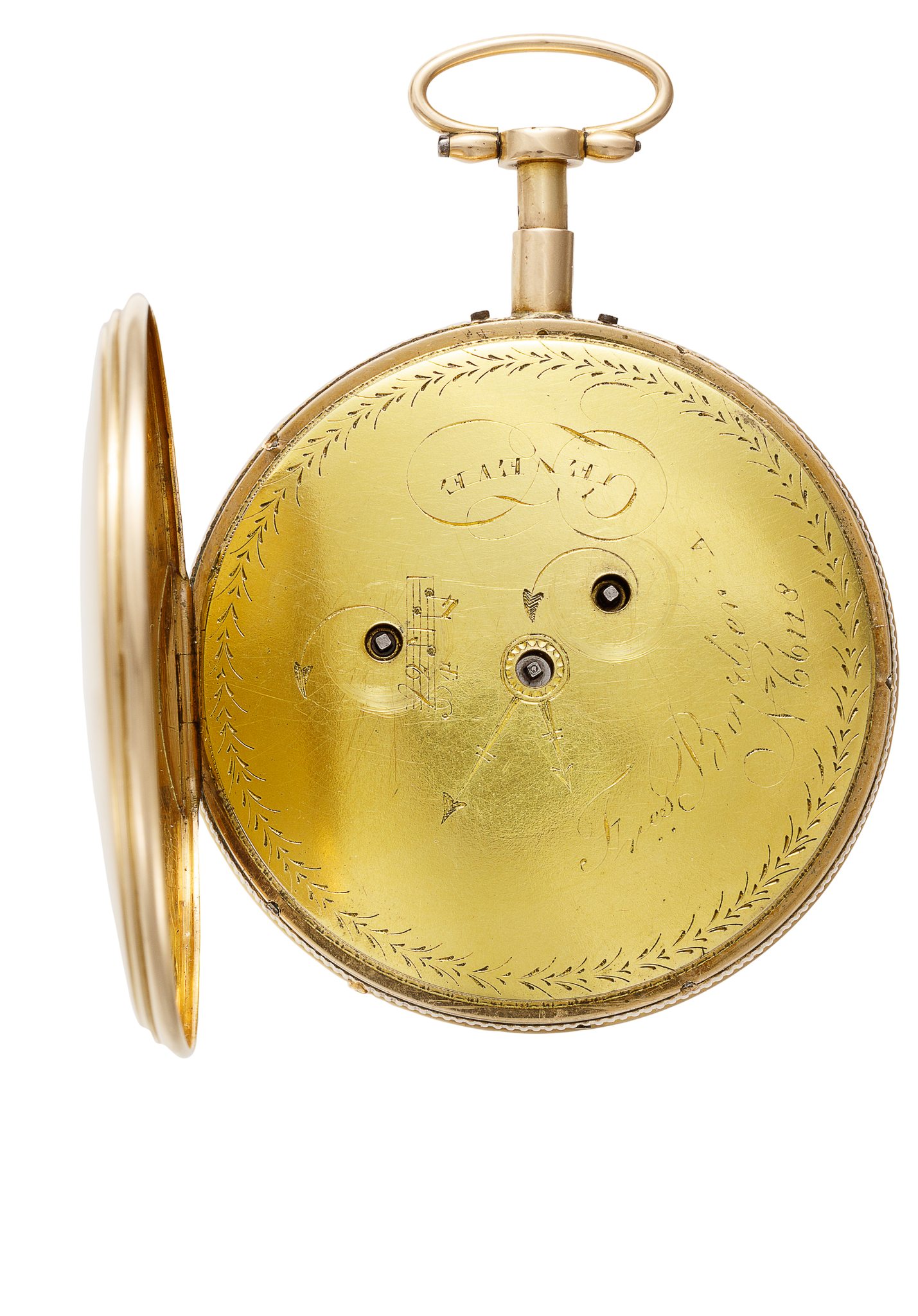 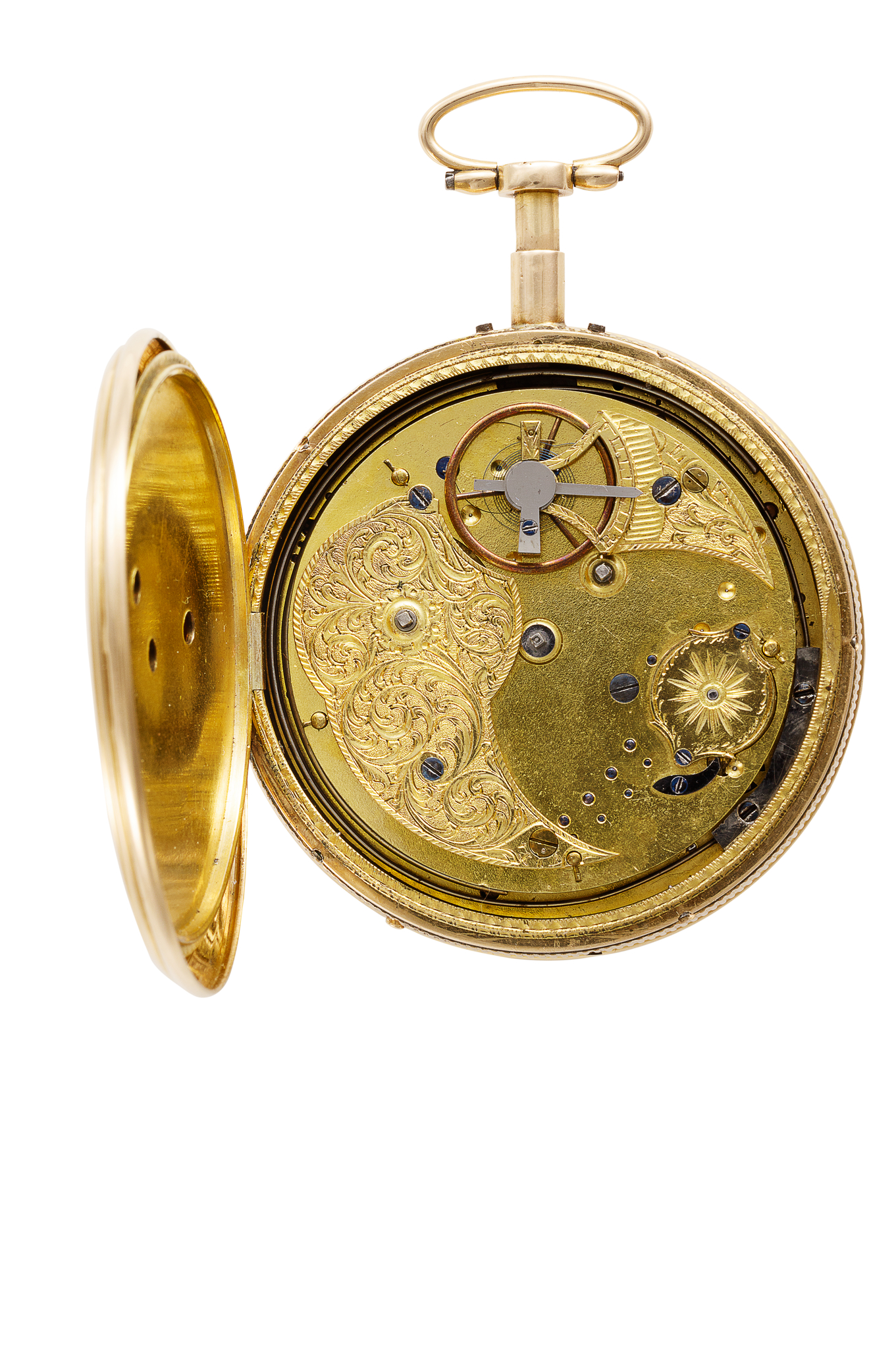 Henry-Daniel Capt (1773-1841) & Isaac-Daniel Piguet (1775-1841) Piguet & Capt (active between 1802 and 1811) Specialised in the production of complicated watches, musical and/or automaton scenes incorporated into watches, snuff-boxes or objects. Among the first in Geneva to use the musical mechanism with pinned cylinder and tuned teeth comb. From Ventôse 16, An X (March 7, 1802), to 1811, Henry-Daniel Capt (1773-1841) formed a partnership with Isaac-Daniel Piguet (1775-1841), who was from the same village - Le Chenit - as he in the Vallée de Joux. Their signature was Piguet & Capt. In 1811, when Piguet broke off to join Philippe-Samuel Meylan (1772-1845) in a new partnership, Henry-Daniel Capt continued to work on his own. Following this separation, Capt restarts a numbering of his movements in the 300.In 1830, he went into partnership with Aubert and Son, Place Bel-Air. Their signature was Aubert & Capt. They were among the first Genevan makers to produce watches with chronograph. In 1844, the workshop was at 108, rue Neuve in Geneva. It was then managed by Capt's son, Henry Capt Jr. After a short time, it moved to 85, rue de la Fusterie, and, in 1851, to 177, rue du Rhône. In 1880, the firm was bought by Gallopin and its name became H. Capt Horloger, Maison Gallopin Successeurs, a trademark registered on November 1, 1880, under the No. 44. This signature was only used for watches retailed in their own store, the watches supplied to other retailers being merely signed Henry Capt. Henry-Daniel Capt, along with Isaac-Daniel Piguet and Philippe-Samuel Meylan, was the foremost maker of small musical automata in the late 18th and early 19th centuries. Most of his work is not signed, although he sometimes scratched his name on his movements.