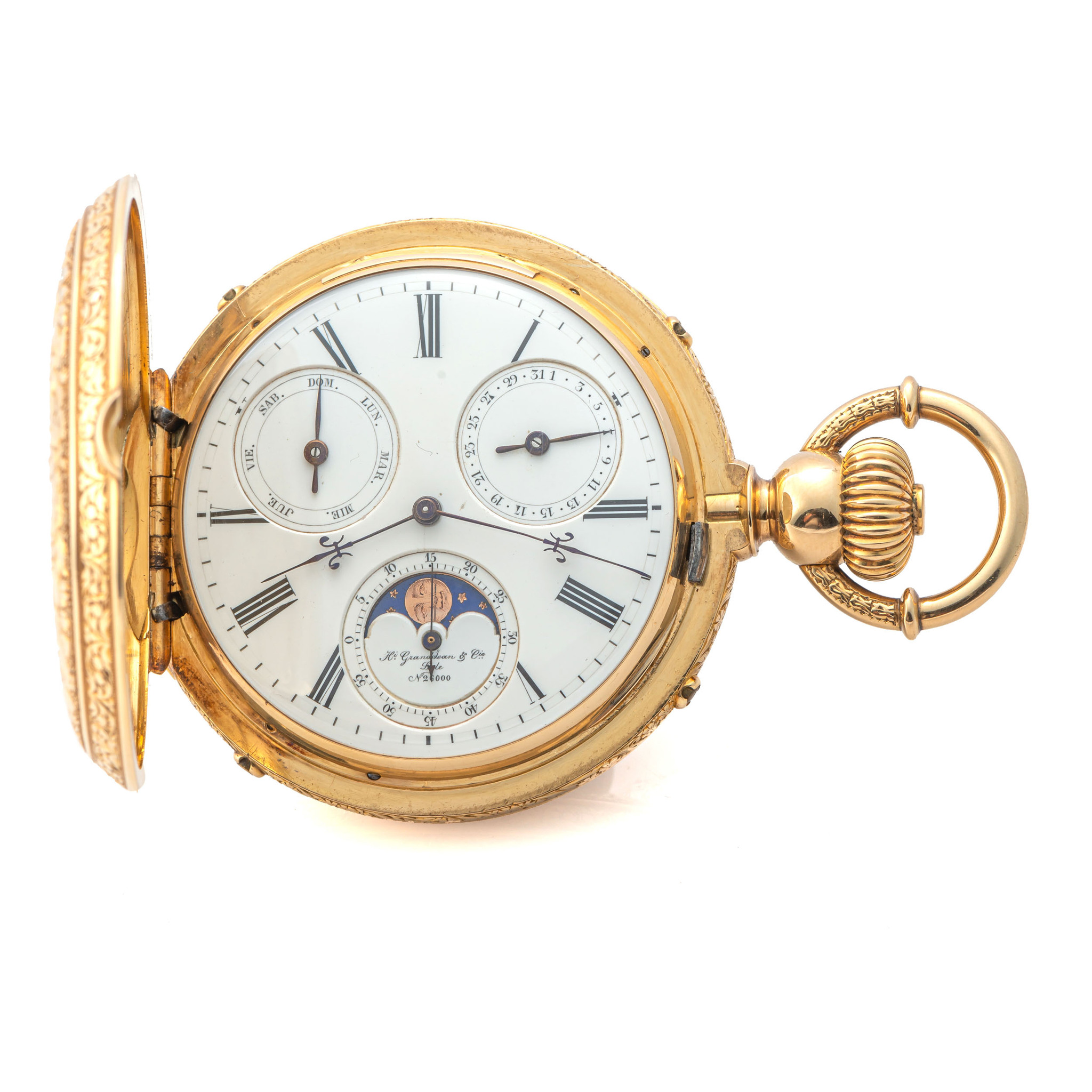 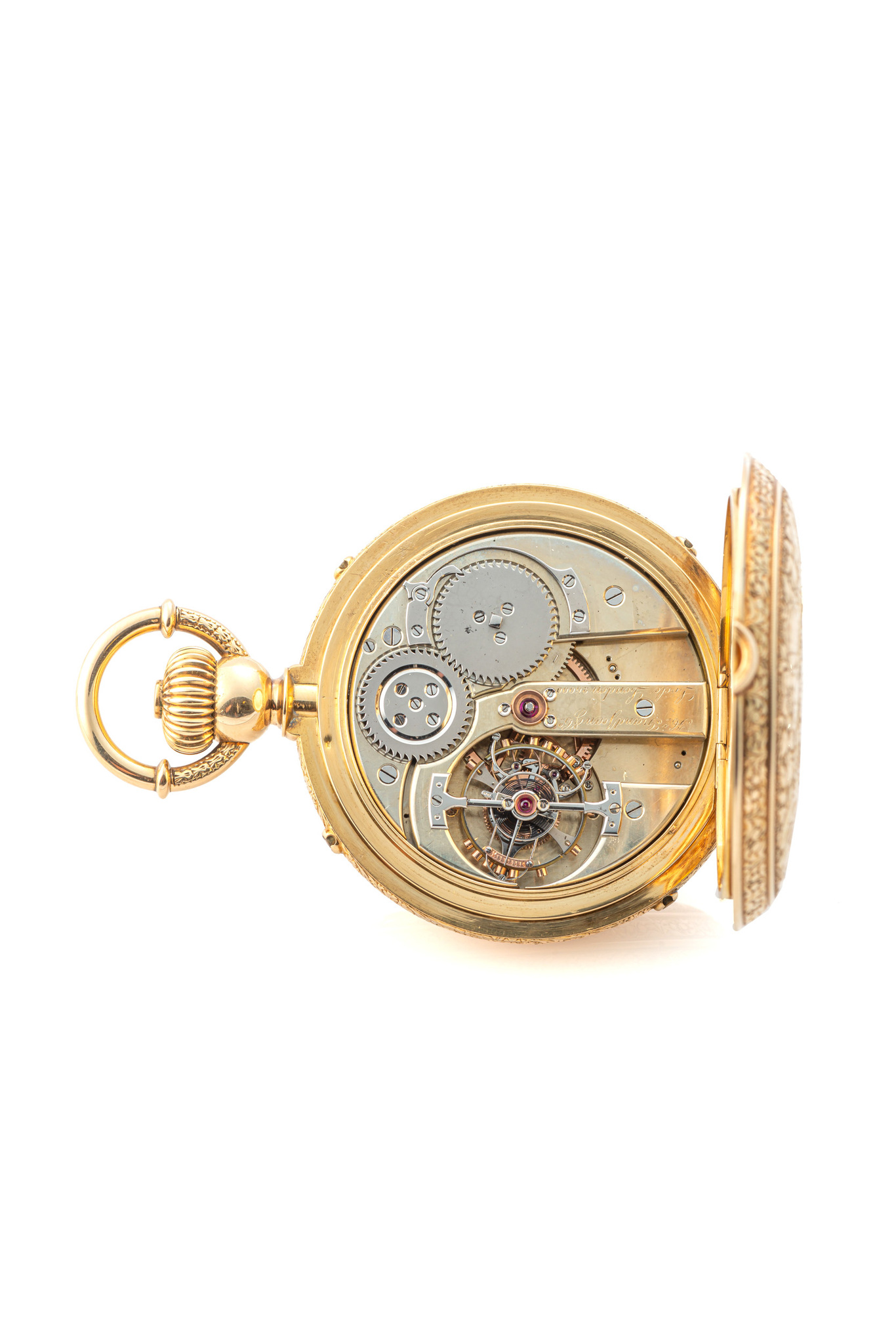 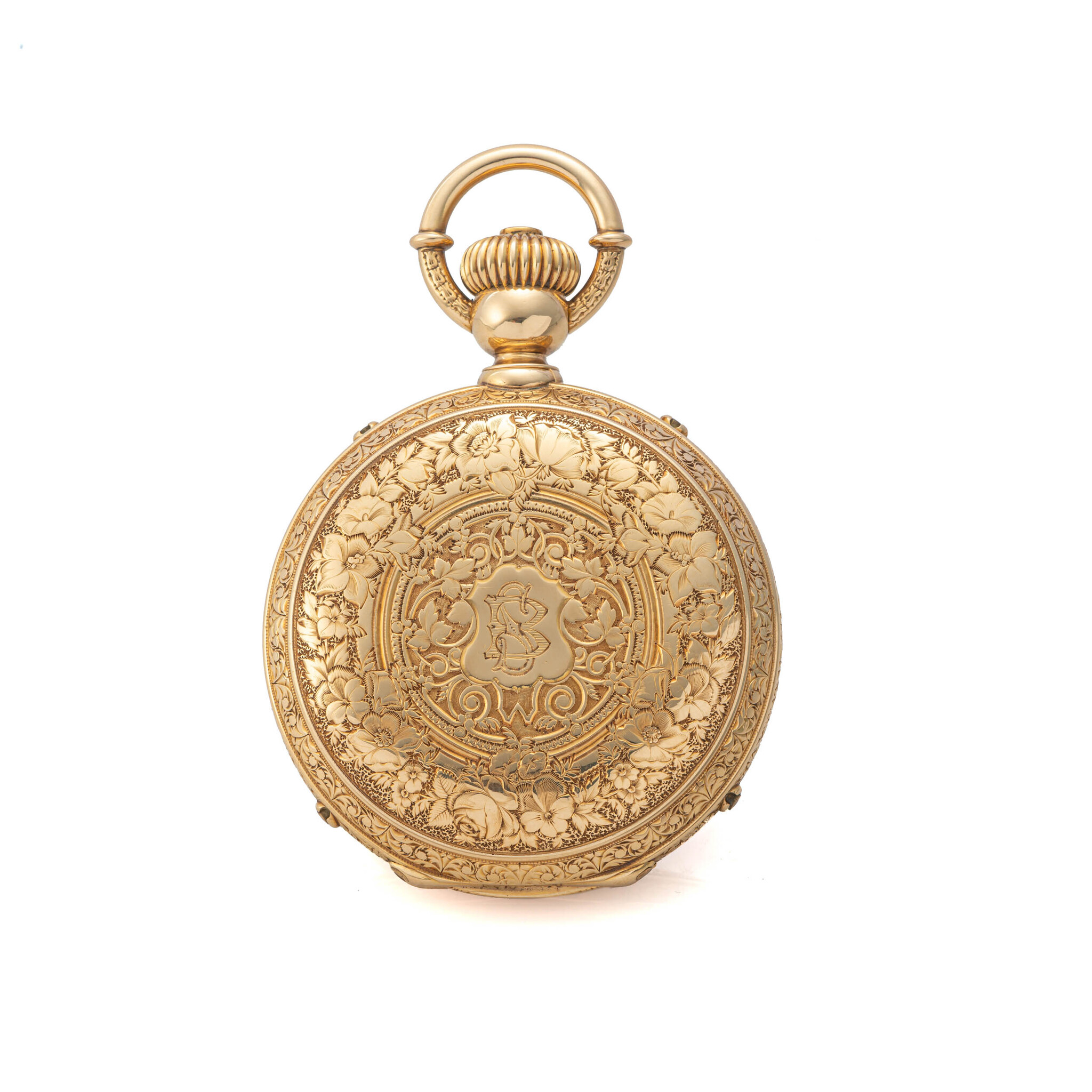 Grandjean, Henri Le Locle, Swiss chronometer maker, active in Le Locle and London. From 1824 until 1830 he was assigned the task of organizing the South American branches of his father’s company; in 1830, his brother Henri-Gustave Grandjean emigrated to Peru and was from then on in charge of these businesses. Henri Grandjean trained as a watchmaker in his hometown. Around 1830, his factory “Henri Grandjean & Cie.” began to build marine chronometers that were modelled on the English chronometers. His business partner was at the time Edouard Thévenaz. Together with Louis-Jean Richard and Ulysse Nardin, he was the originator of the Swiss marine chronometer production. Along with Constant Girard (1825- 1903; later Girard-Perregaux), Henry Grandjean was also one of the first to enter the South American Market. In 1831, Grandjean married Elise Montandon, the daughter of Isaac-Pierre Montandon. He was granted permission to open watchmaking schools and founded the observatory at Neuchâtel. Later, Grandjean went into
politics and became representative and prefect of the city of Le Locle. In La Chaux-de-Fonds, he worked for the establishment of the Quartier-Neuf, which was finally built in 1855; his intention was to eliminate real estate speculation and to create low priced housing for working-class families. In 1851, at the first Universal Exposition in London, Grandjean received a First-Class medal. His list of medals continues until 1868, the year in which the company won an award for its marine chronometers. In the meantime, they also received at least eight different awards, not including those from the Observatory of Neuchâtel. In 1873, the company received in Vienne, a Diploma of Honour (Gold Medal) and the Merit Medal. Henry Grandjean died in 1879 but it appears that the company continued for the next twenty years until 1899, the year in which Rossel & Fils registered their name as successors, who were also most likely running the company during these 20 years. On January 9, 1908, Rossel & Fils transferred the title to Charles-Ferdinand Perret. A street in Le Locle was named after him ‘’the rue Henri Grandjean’’.
The watch with tourbillon carriage was an ultimate in precision timekeeping. During the 1920s and 1930s James Casar Pellaton was the most esteemed maker of tourbillon carriages, which he supplied to the most prestigious companies including Patek Philippe, Vacheron Constantin, Girard-Perregaux, and Ulysse Nardin.

James Casar Pellaton (d.1954).
One of the most esteemed makers of tourbillons in the 20th century. He learned his craft from his father, also an esteemed tourbillon maker. In terms of design, he followed his father’s footsteps, using the same type of ebauches. He became director of the Le Locle Technicum, which in 1943 awarded him the degree of Doctor Honoris Causa.