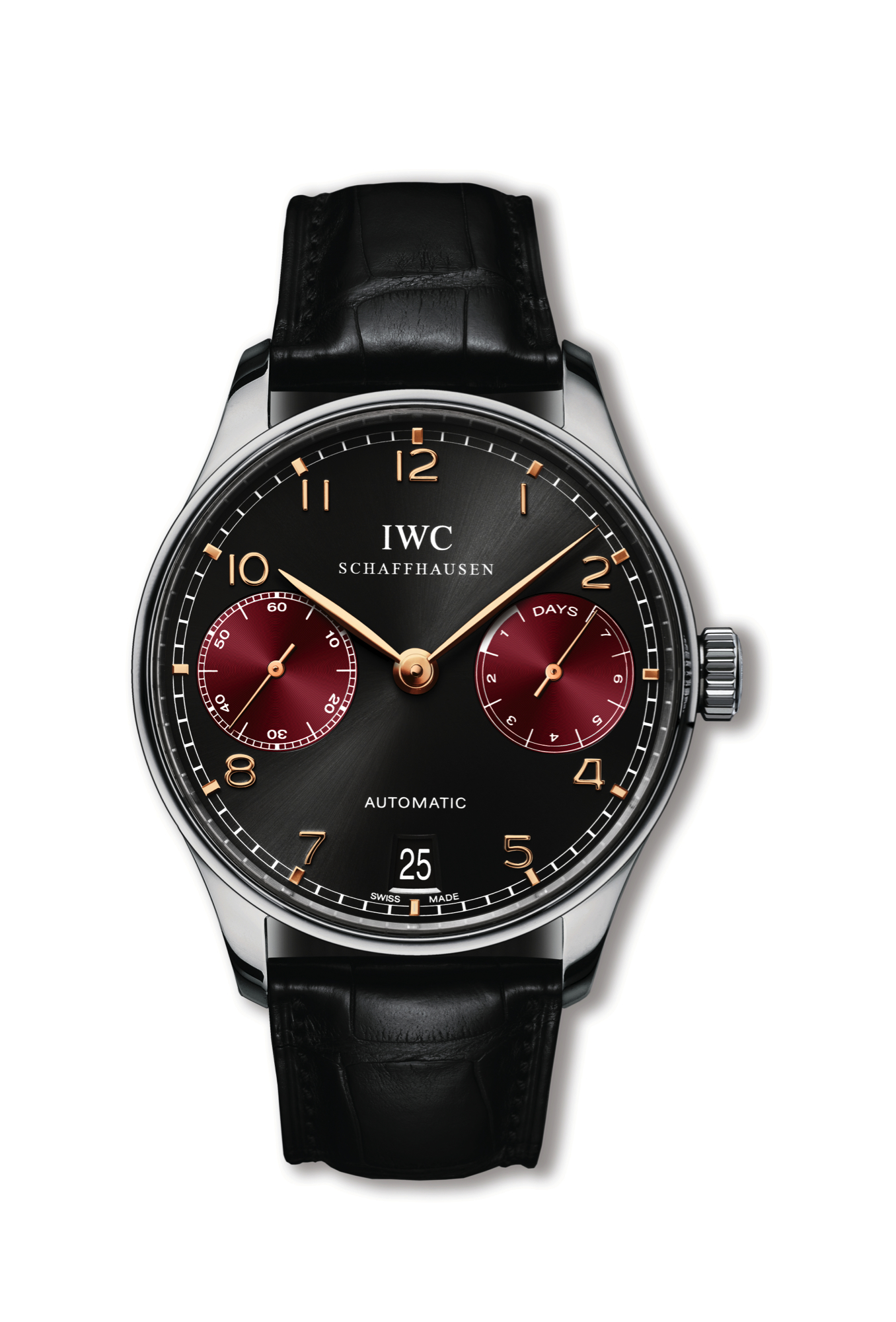 IWC Schaffhausen, Ref. IW500127. Unique piece one of one. IWC Schaffhausen celebrates the world of filmmaking this year as the Official ?Festival-Time? Partner of the world-famous Tribeca Film Festival® in New York. To honor the Festival and support its nonprofit arm, The Tribeca Film Institute® (TFI), with the support of IWC, is auctioning a unique, one of one piece with the entire proceeds supporting the Tribeca Film Institute®. With unique Bordeaux subdials that harken to a time of Hollywood glamour and iconic red carpets, as well as a slate colored dial inspired by TriBeCa in lower Manhattan, this one-of-a-kind timepiece is a rare opportunity to own a piece of movie magic.
As a special one-time bonus to celebrate the winning occasion, this unique piece comes with the following benefits for the auction winner and one guest: ? ?For the Love of Cinema? private dinner hosted by IWC Schaffhausen CEO GEORGES KERN and Tribeca Film Festival® Co-Founders ROBERT DE NIRO, JANE ROSENTHAL and CRAIG HATKOFF, to be held on April 18, 2013. ? 2013 Tribeca Film Festival Vesey passes for April 18 & 19, 2013, which allows entrance to various Tribeca Film Festival® events. ? Personal meet and greet at the IWC Schaffhausen Flagship Boutique with IWC CEO GEORGES KERN and IWC Friend of the Brand for watch pick-up on April 18, 2013. ? Round-trip, business class air transportation from a major U.S. gateway airport to New York City. ? 2-night stay April 18-19, 2013 at the Trump Soho Hotel in one standard double-occupancy room. ? Round-trip, ground transportation to and from the airport, the ?For the Love of Cinema? private dinner, and meet and greet/watch pick-up