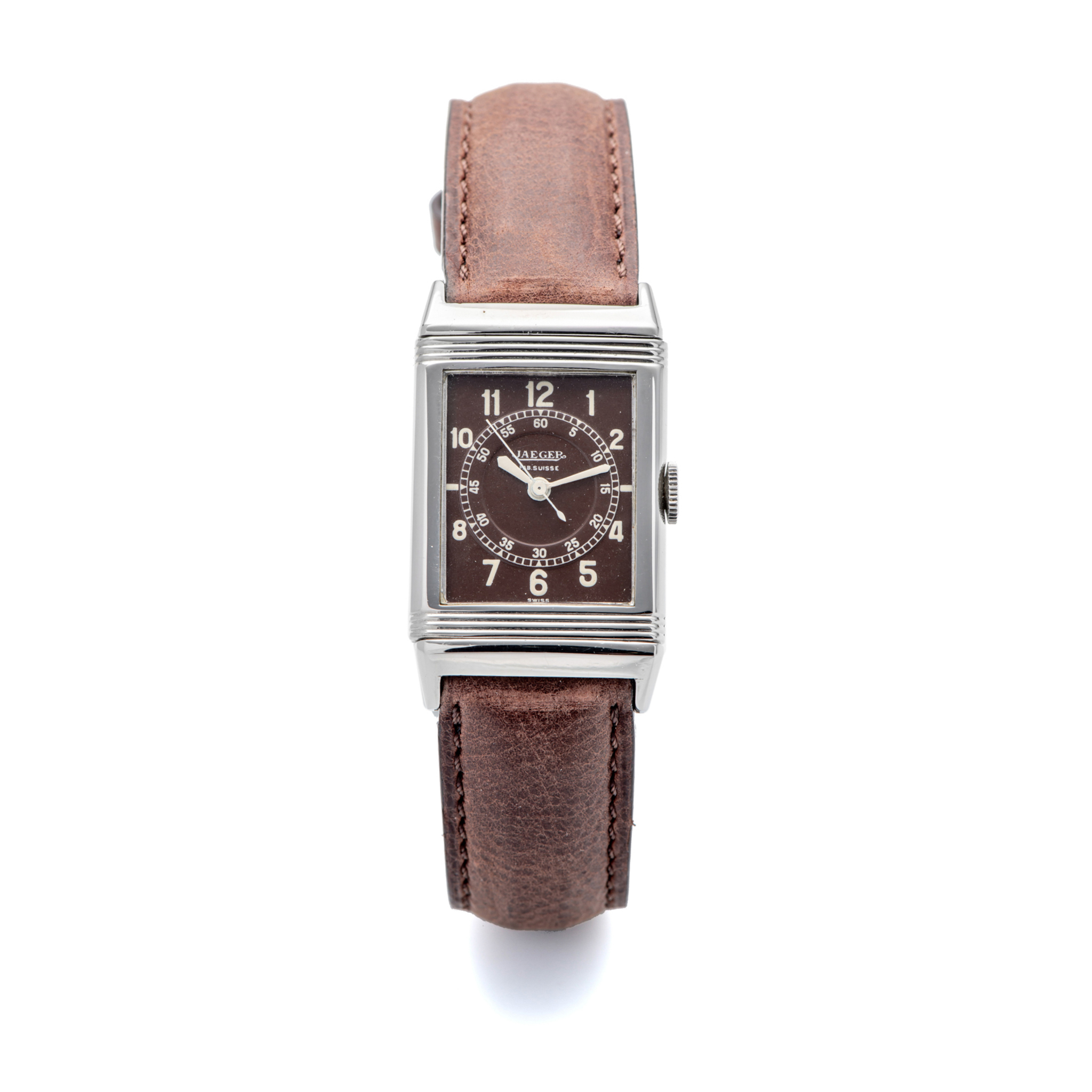 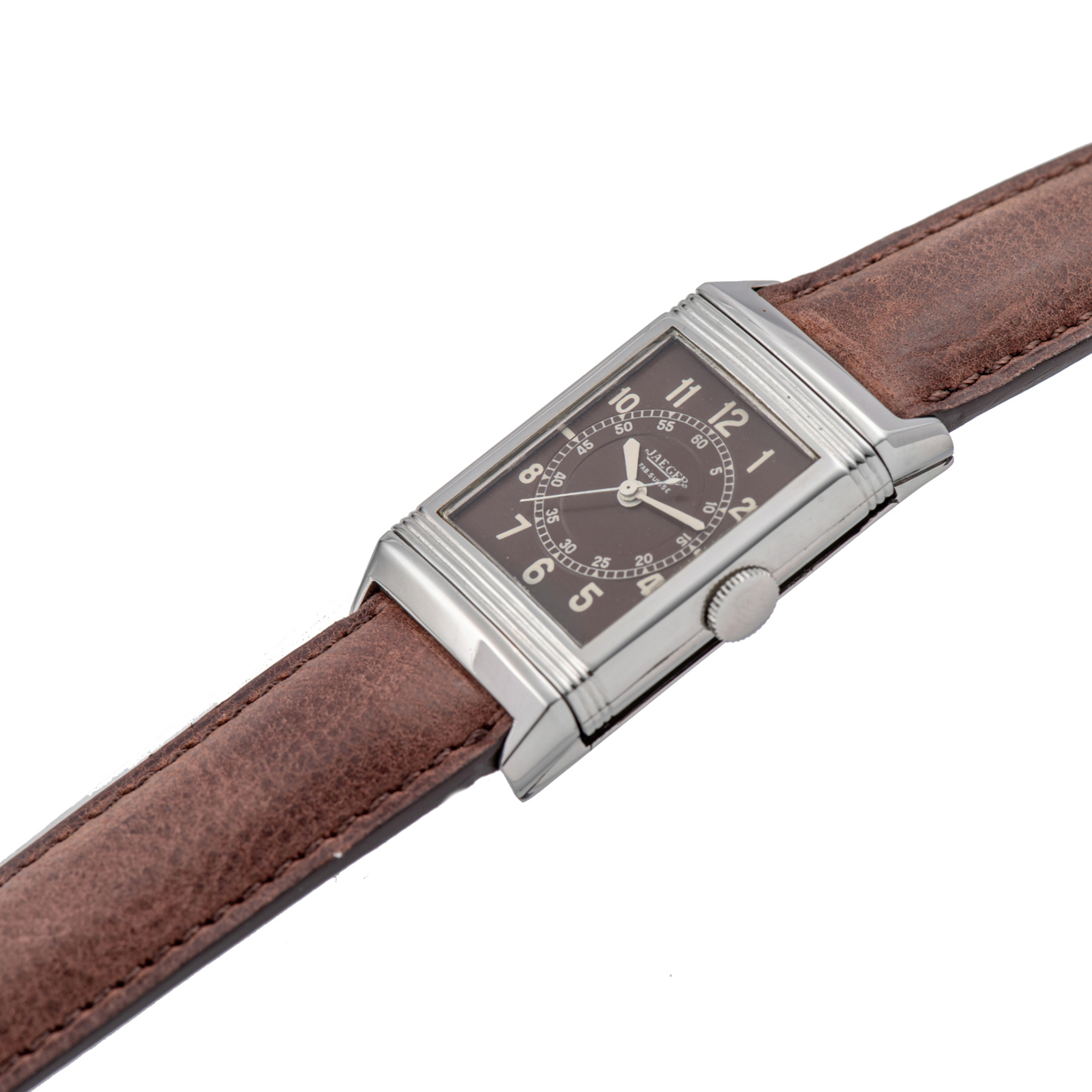 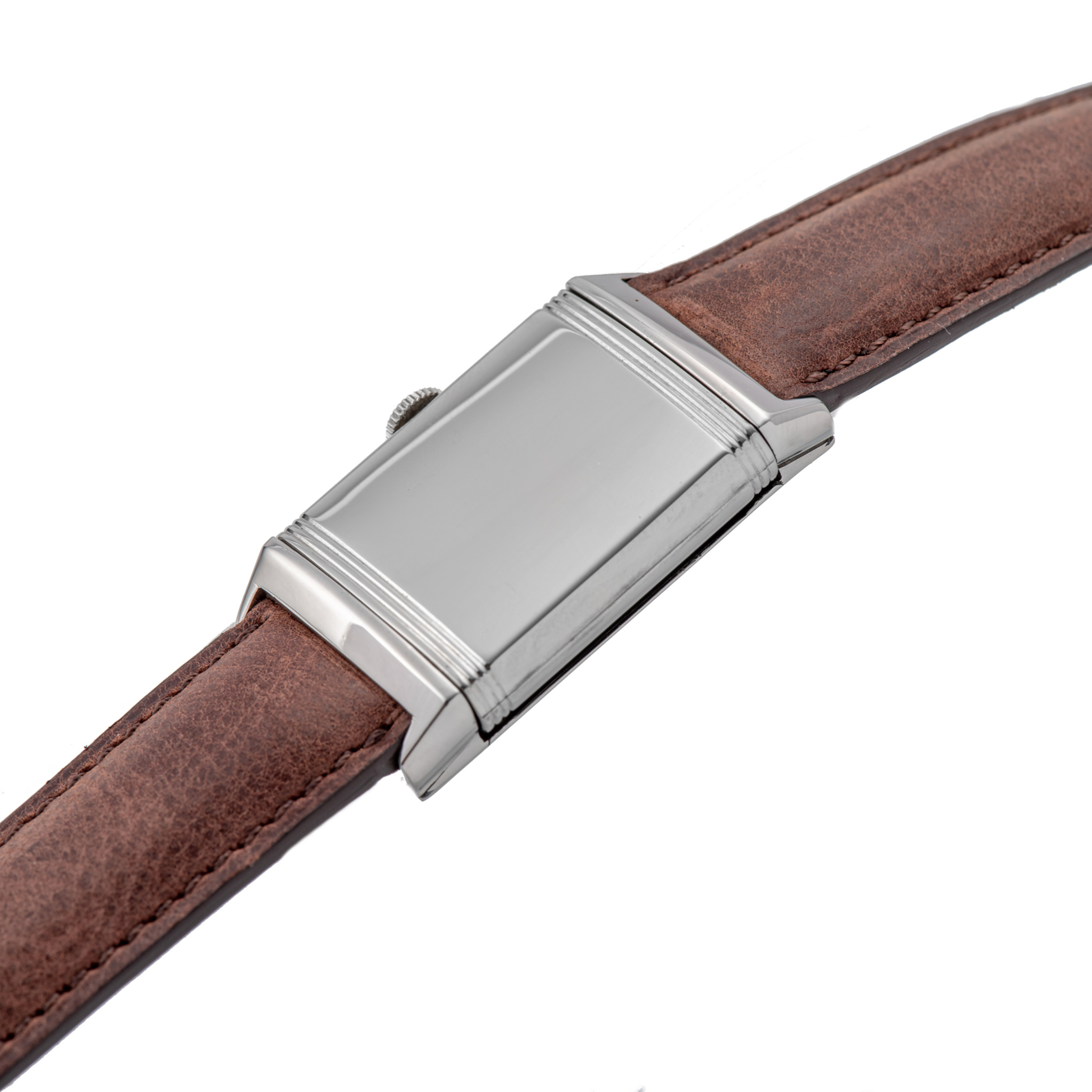 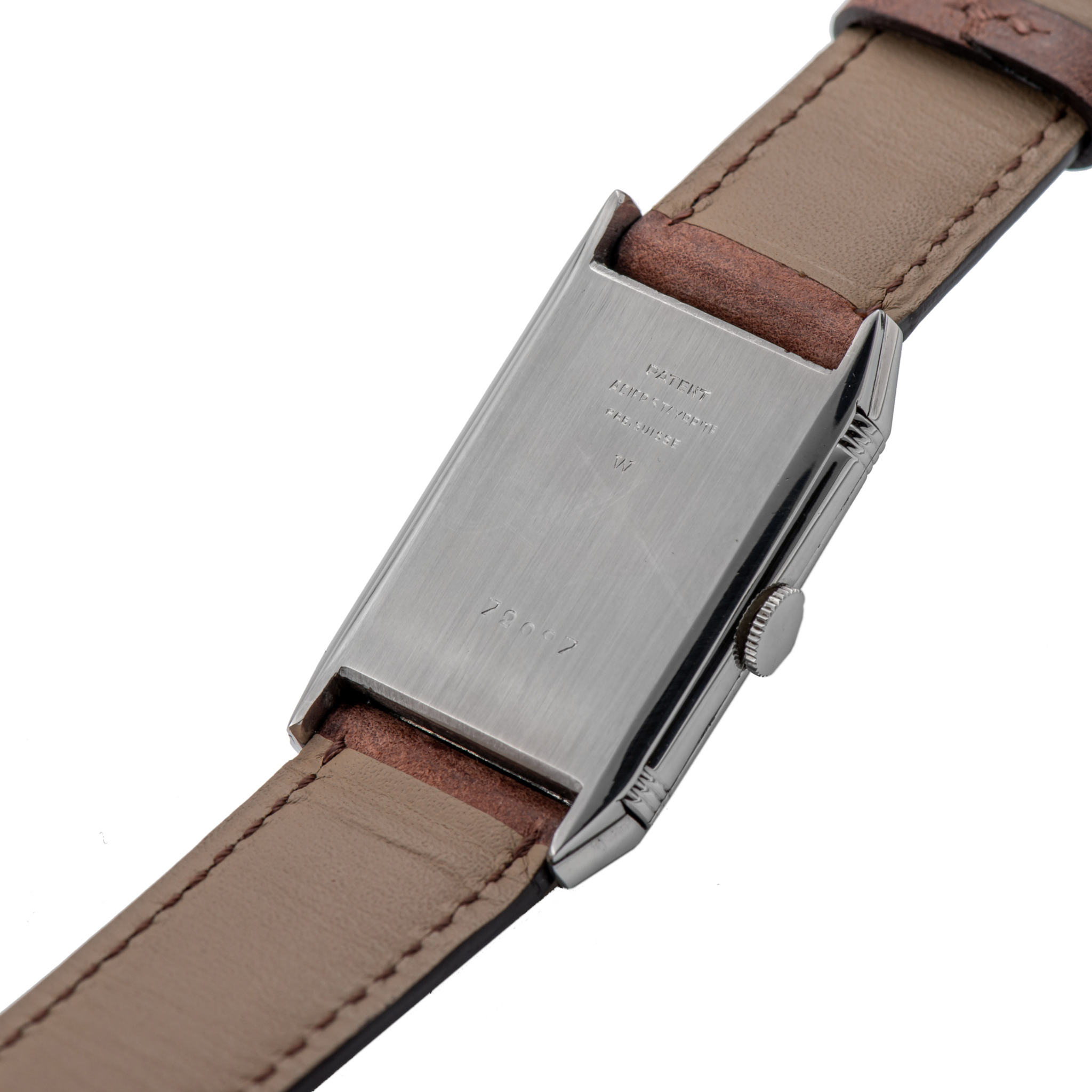 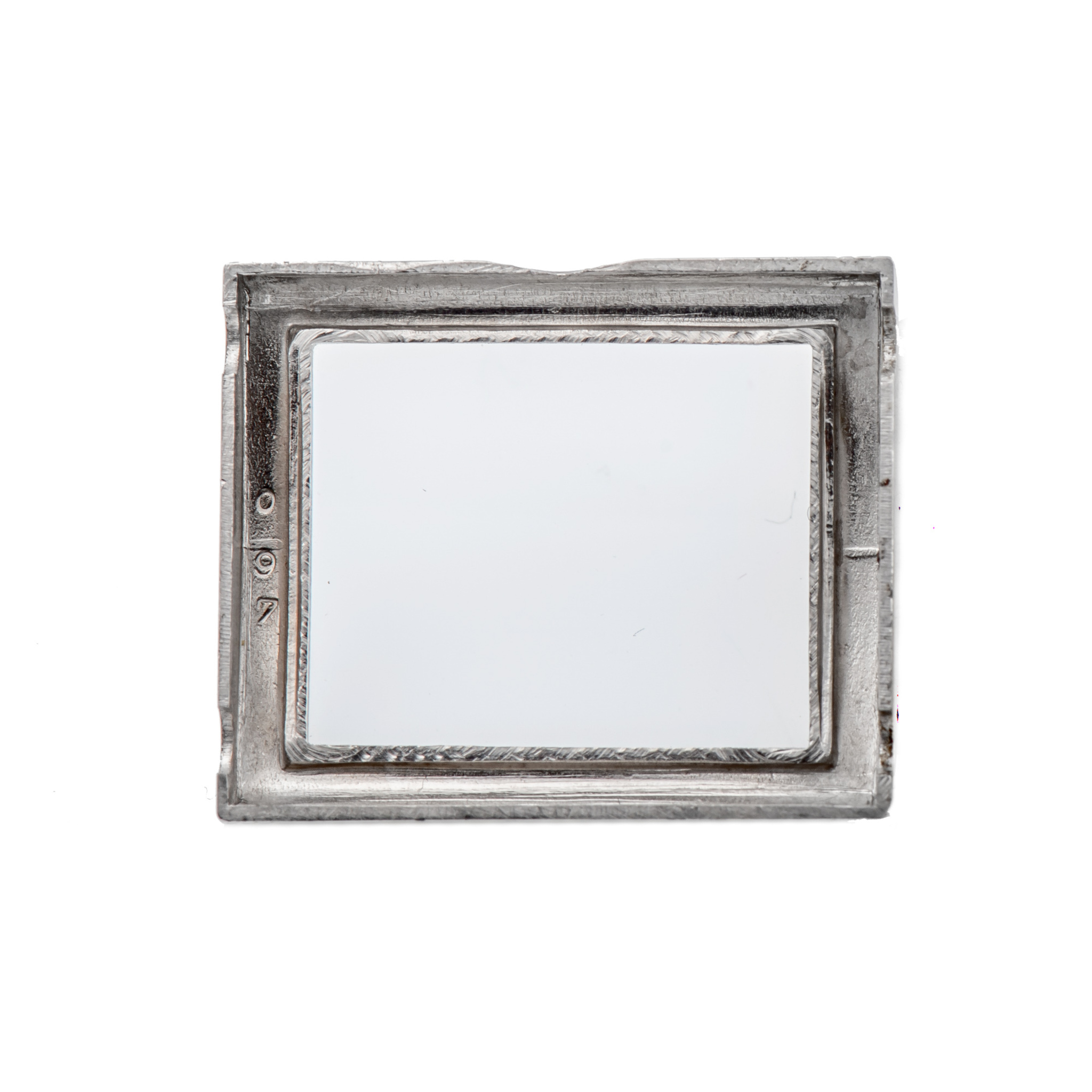 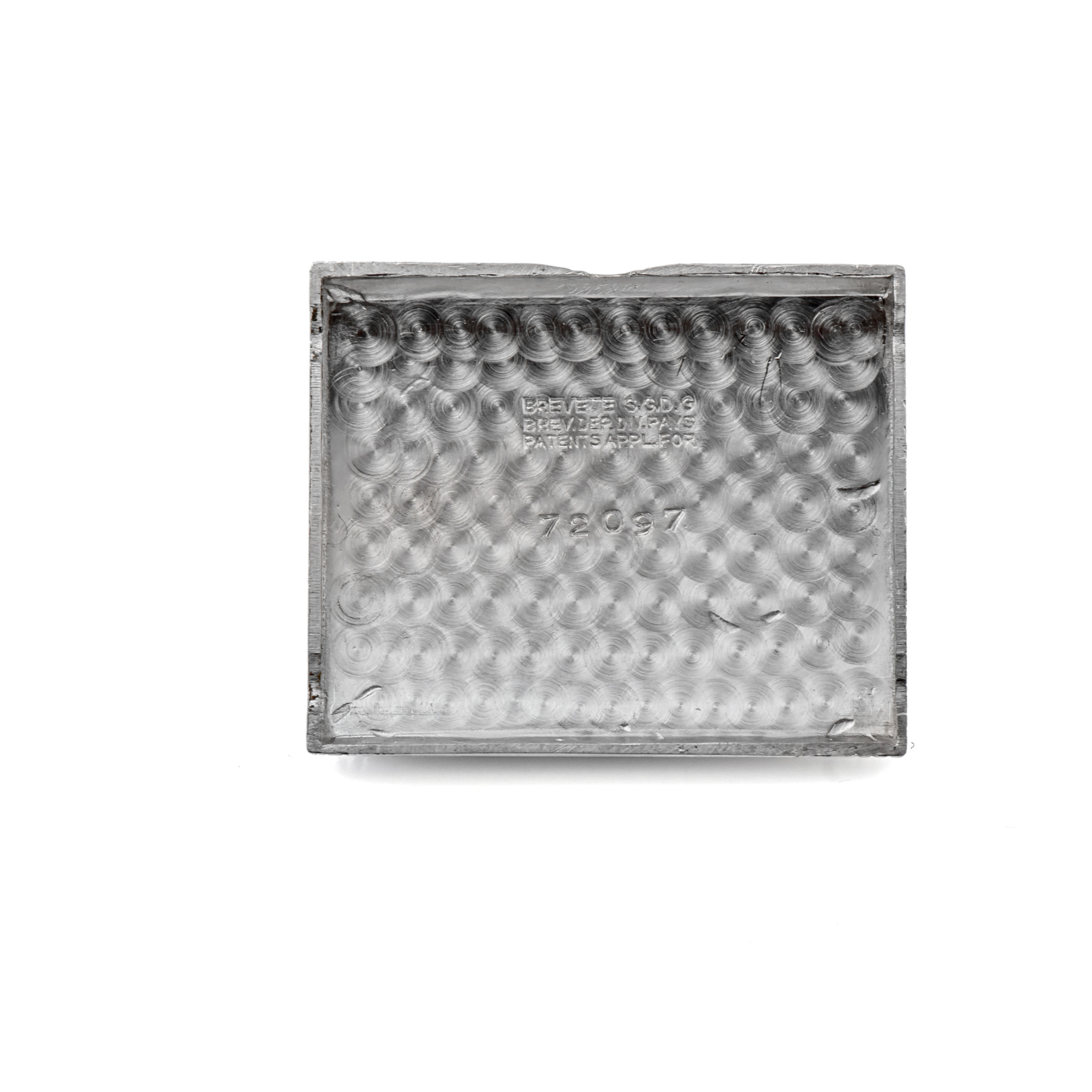 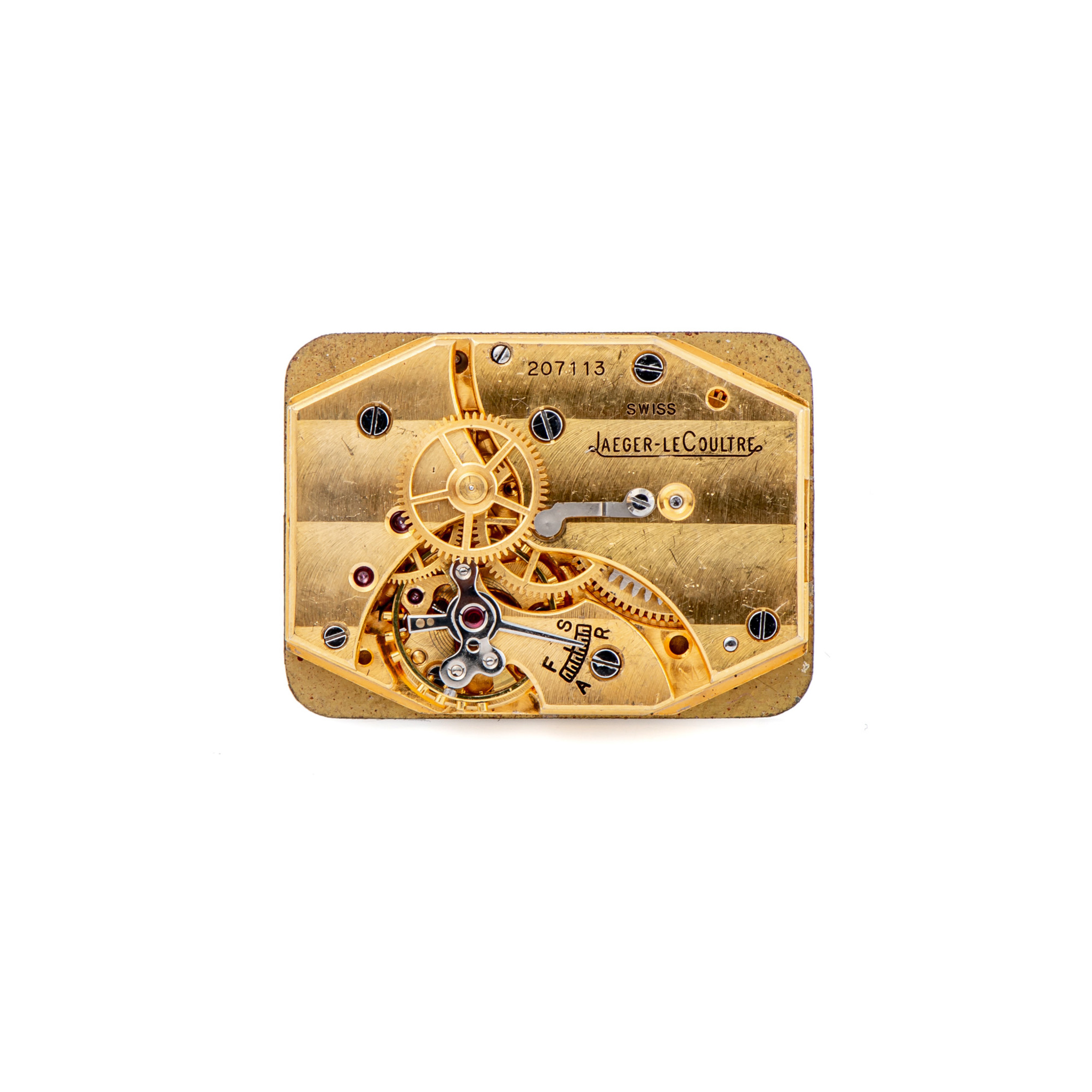 Accessories copy of invention patent; Extract from the Archives

The Extract from the Archives, dated January 25, 2012, mentioned that this watch was manufactured in 1944.

“Reverso”
After a polo game one day in India, Swiss businessman César de Trey (1876- 1953) was challenged by the British officers he had been playing with to design a watch that would resist the rough treatment inflicted on it during the practice of their favourite sport.

Upon his return to Europe, de Trey discussed the challenge with Jacques-David LeCoultre (1875-1948), director of the LeCoultre & Cie manufactory in Le Sentier (Vallée de Joux, canton de Vaud); the firm had been founded in 1833 by Antoine LeCoultre (1803-1881).

Together with the Parisian firm Jaeger, which had been founded in 1880 by Edmond Jaeger (1858-1922), they created the “Reverso” watch.

The case, designed by French engineer René-Alfred Chauvot, was first patented in France on March 4, 1931 (No. 712 868). It was reversible, and was made up of a mobile portion containing the movement that pivoted within a frame to which the bracelet was fixed. This allowed the watch’s face to be rotated, or reversed, thus protecting the glass.

In December 1931, César de Trey, who had bought the rights if Chauvot’s patent, and Jacques-David LeCoultre together founded a distribution company called “Spécialités Horlogères” (first in Lausanne and then in Geneva), to sell the “Reverso” as well as the other watches made by LeCoultre & Cie and Jaeger, Paris. The distribution house purchased the patent. In 1937, the company took the name Jaeger-LeCoultre.
By 1931, the Wenger firm of Geneva was entrusted with the production of the cases. While LeCoultre & Cie was developing several calibres destined for ladies’ and men’s “Reverso” watches, “Spécialités Horlogères” used a series of movements produced by the Tavannes Watch Co. (in the canton of Bern). Many of these watches were sold by the E. Gübelin firm in Lucerne.