Magnificent and probably unique form-watch in the shape of a scent-bottle or a Neo-classical vase, with centre-seconds and concealed singing-bird; 18K yellow gold, enamel and pearls. “L’Oiseau privé” (The Tamed Bird), after an engraving of Jean-Jacques Flipart (1719-1782) and a drawing of François Boucher (1703-1770). 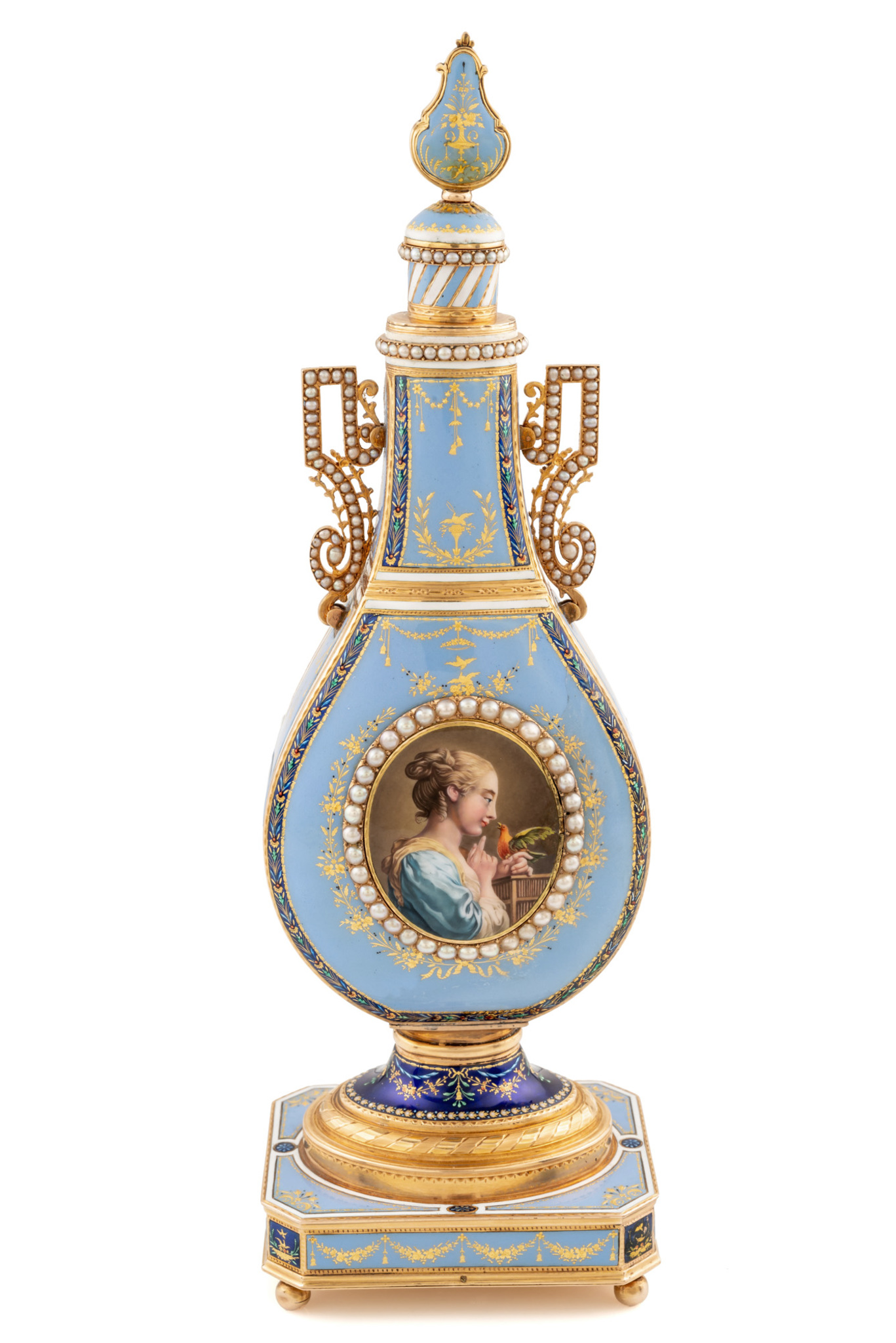 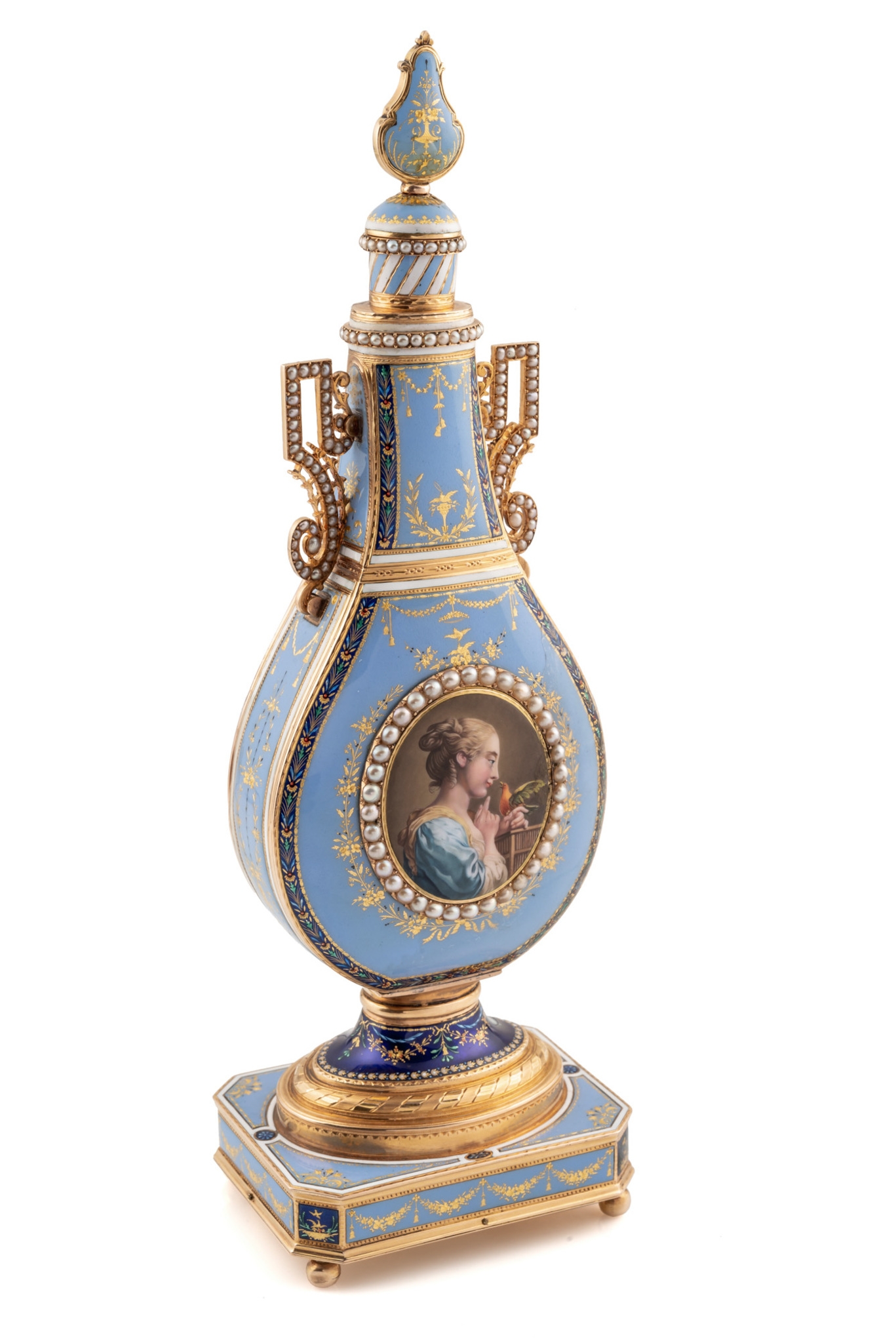 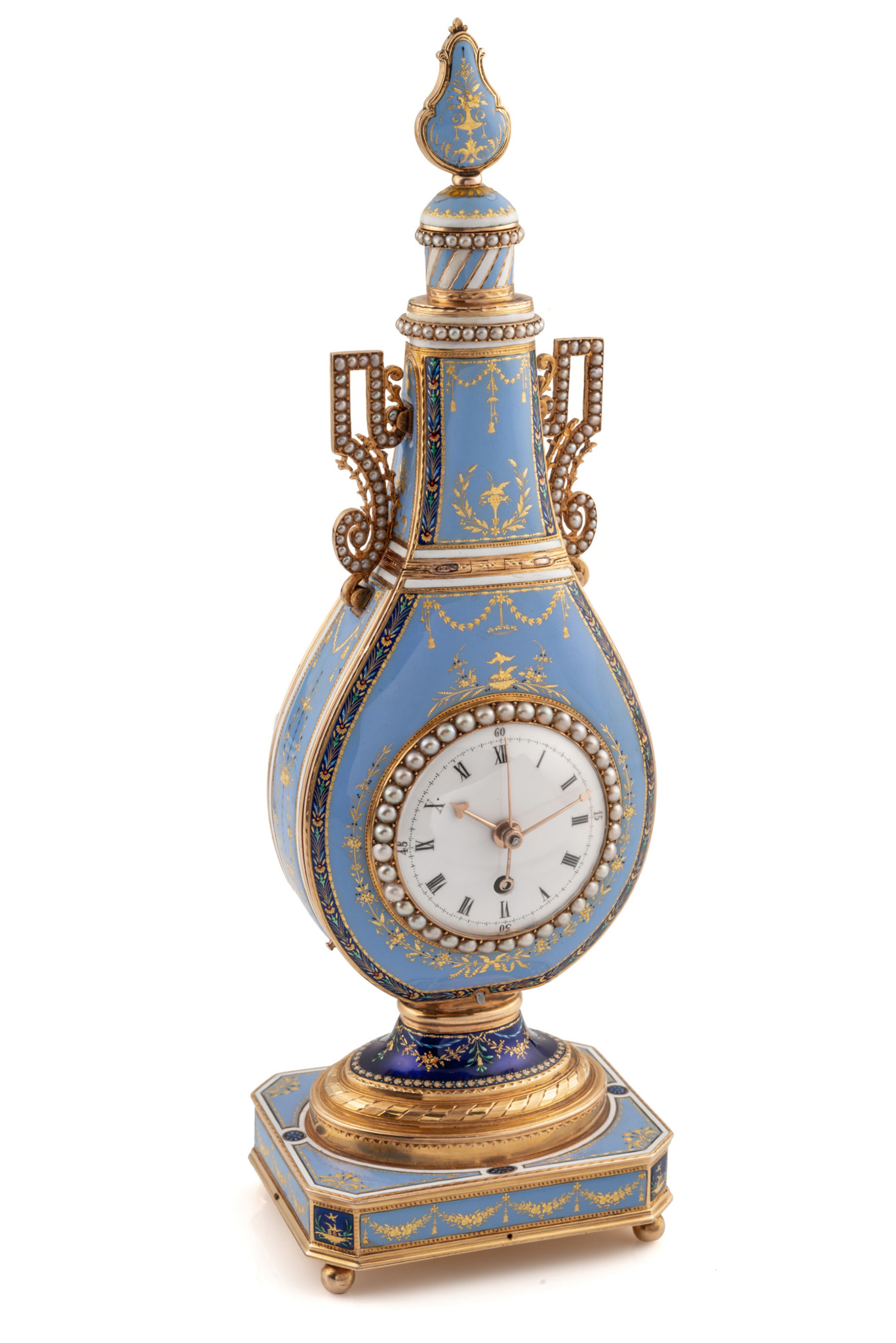 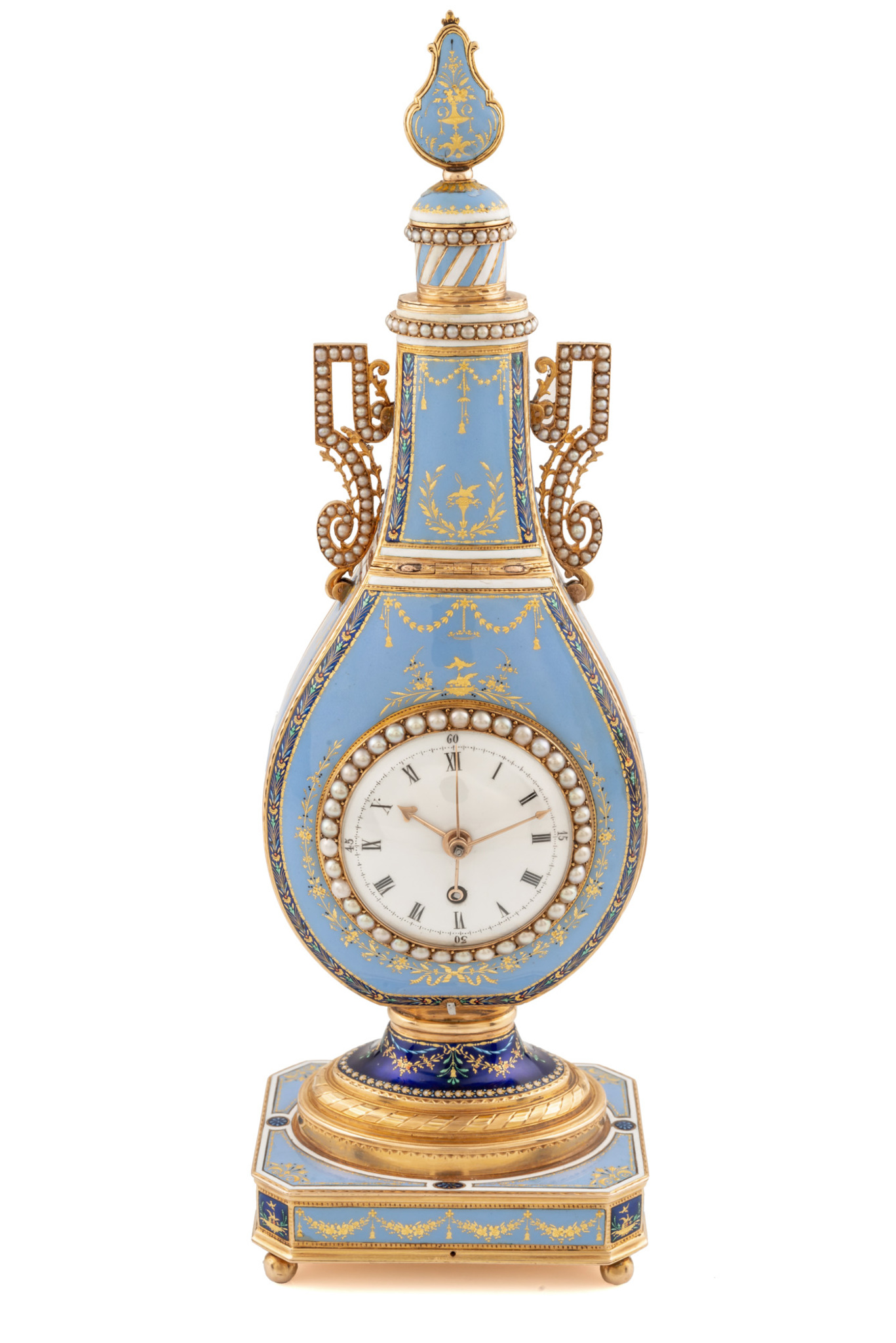 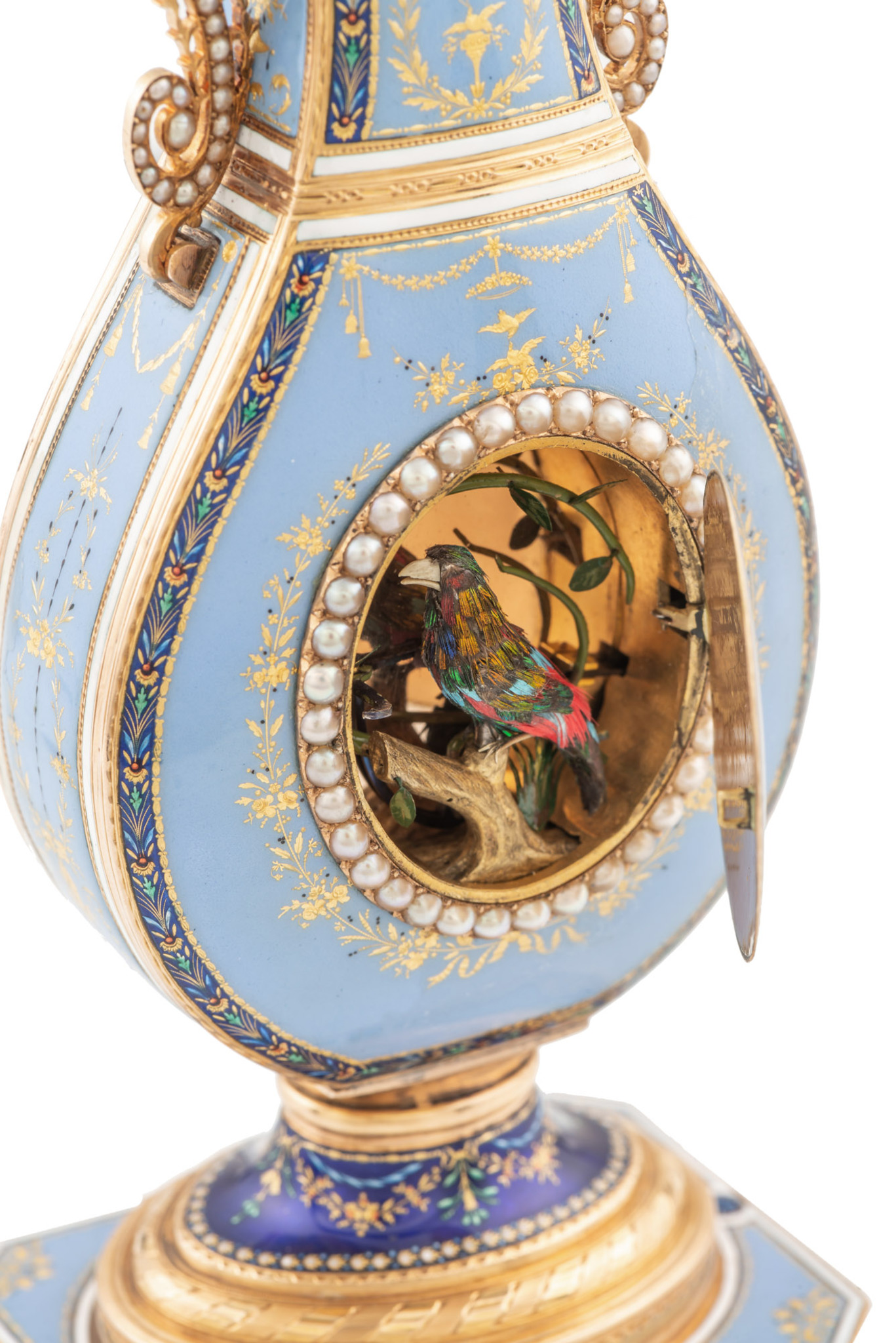 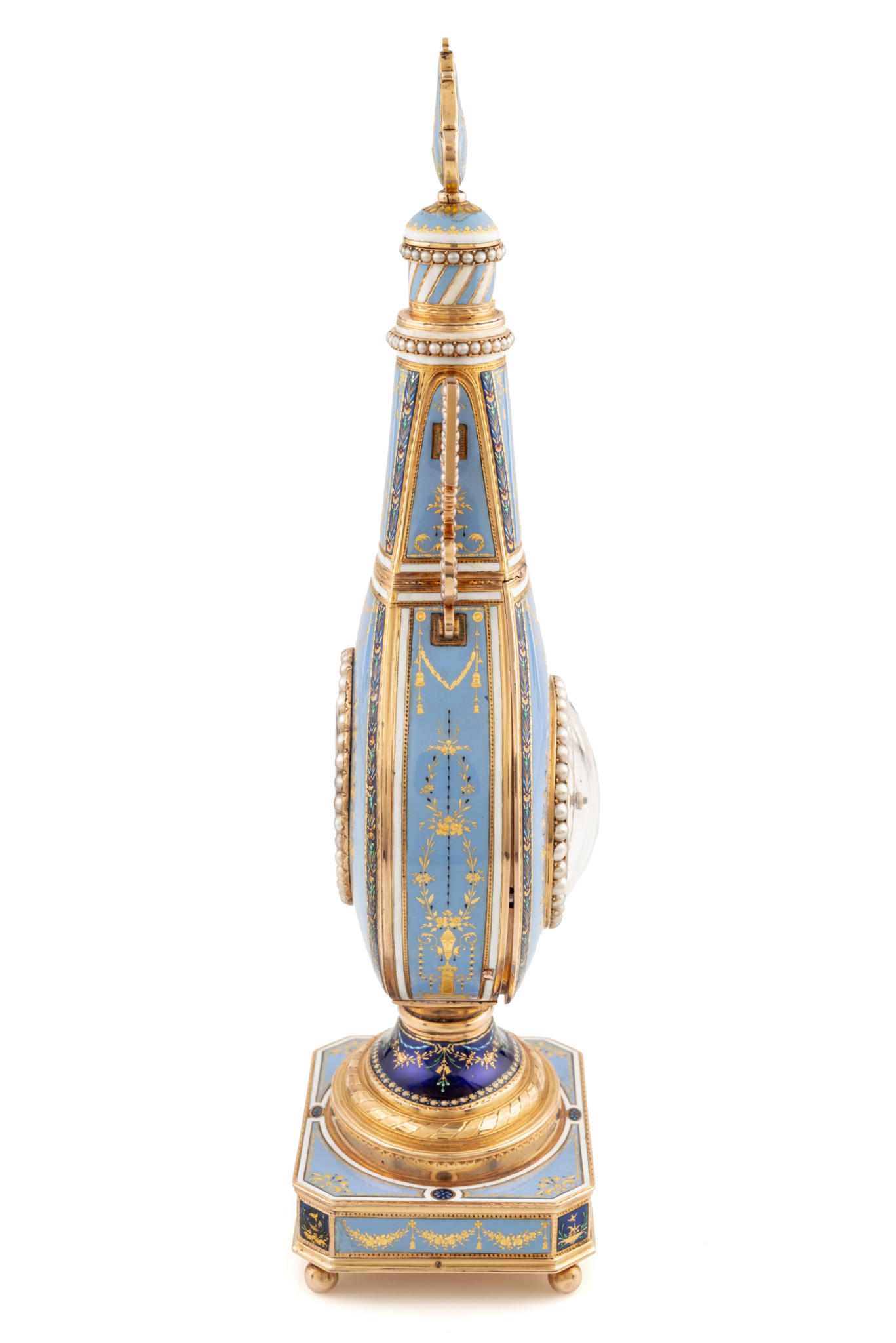 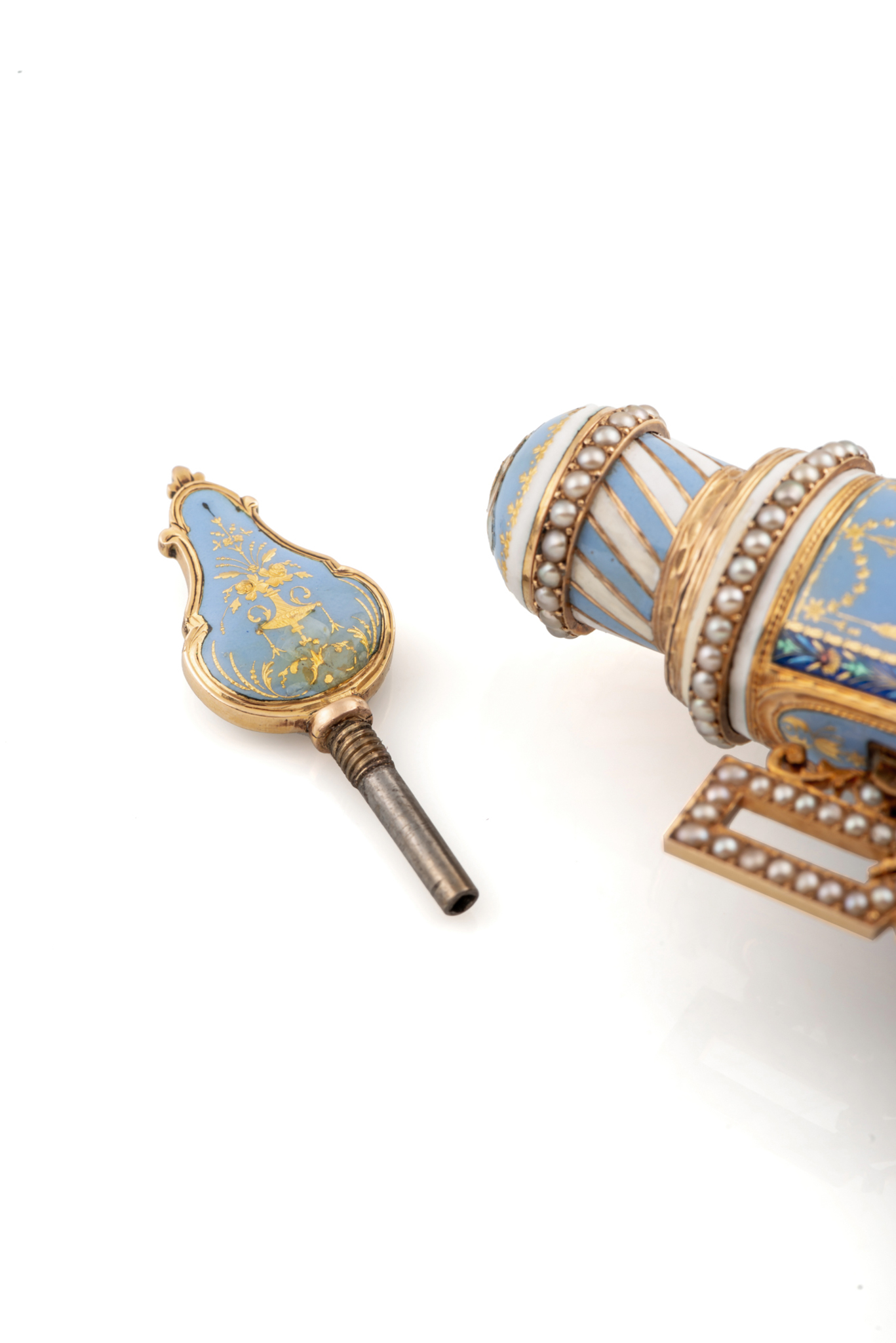 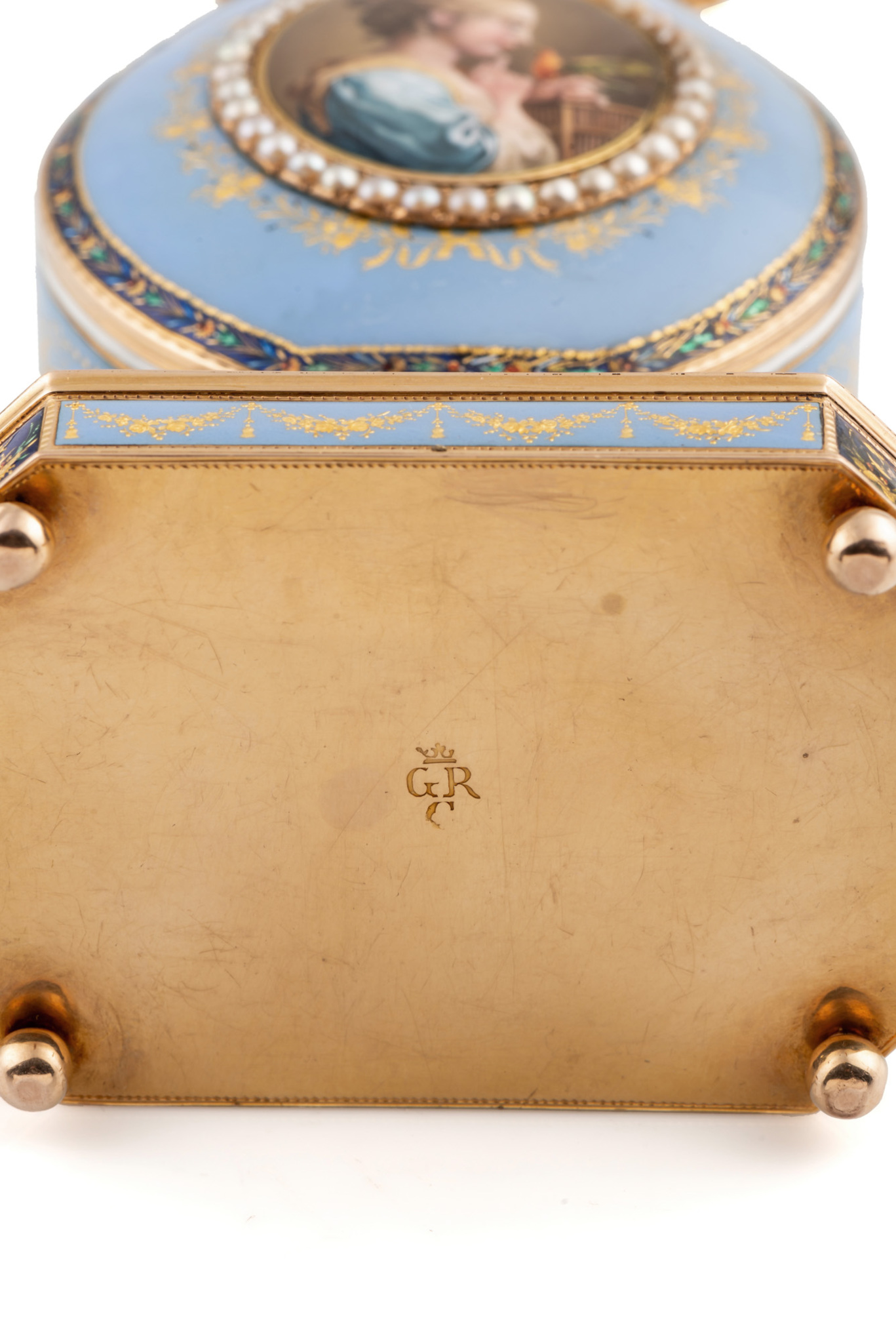 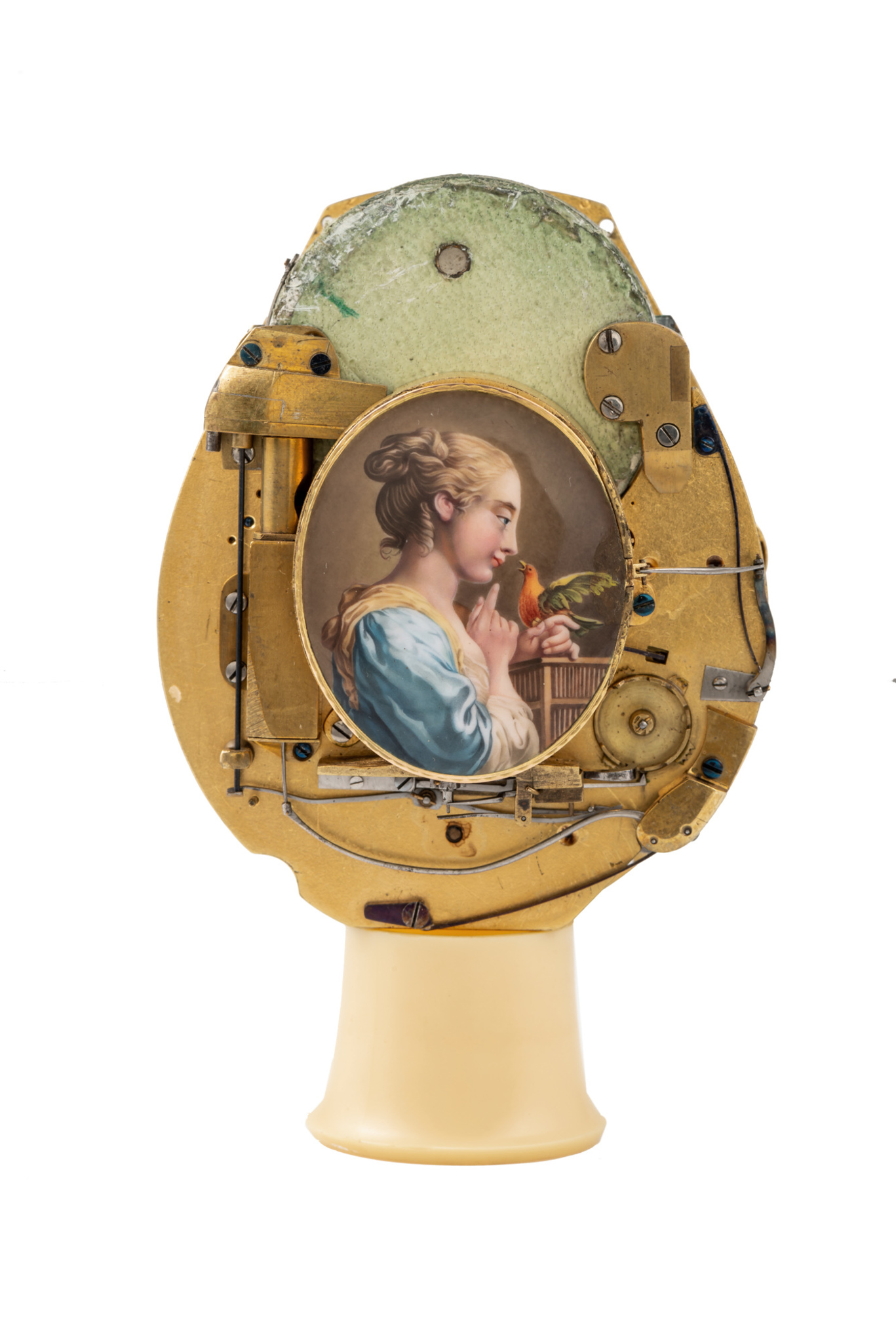 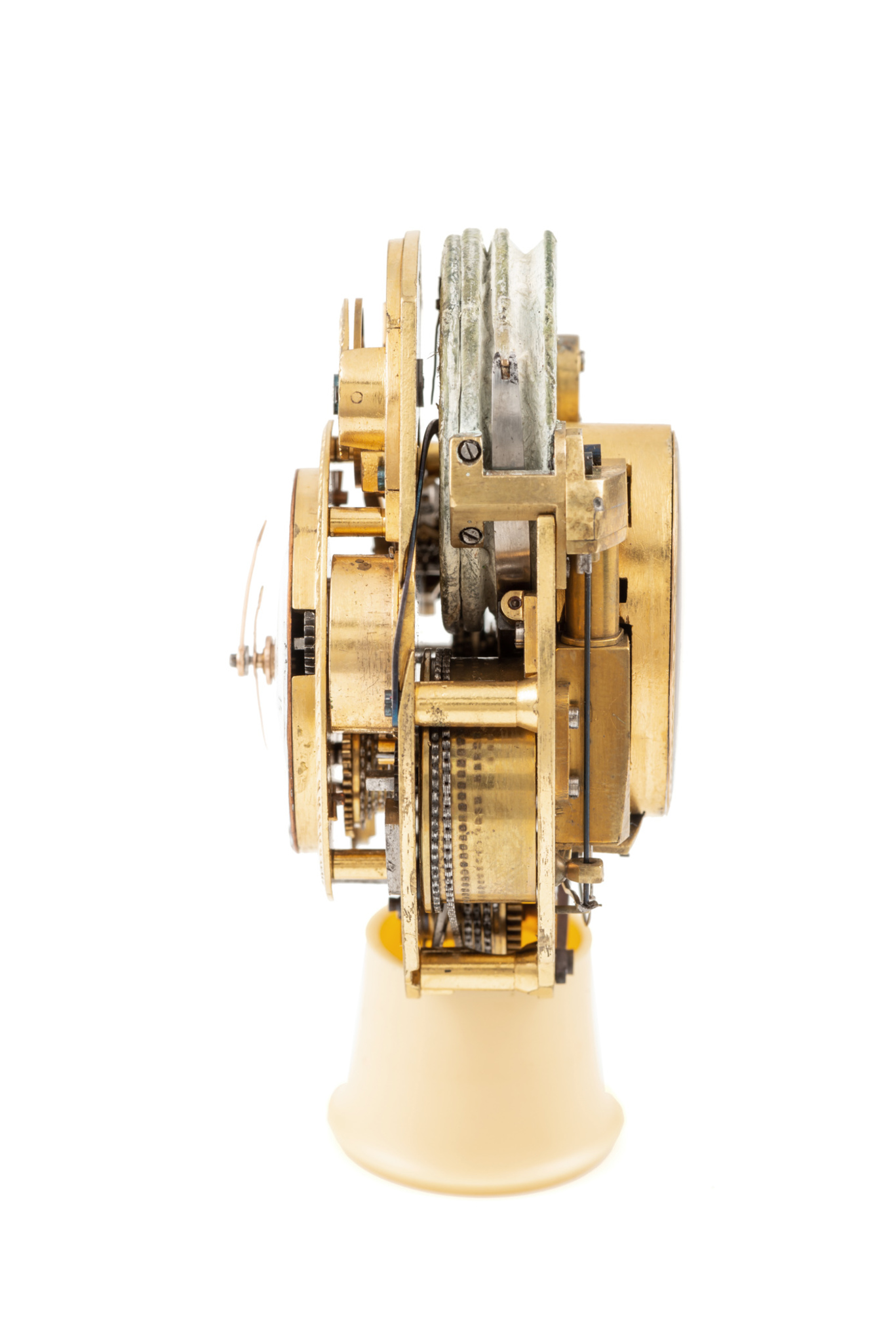 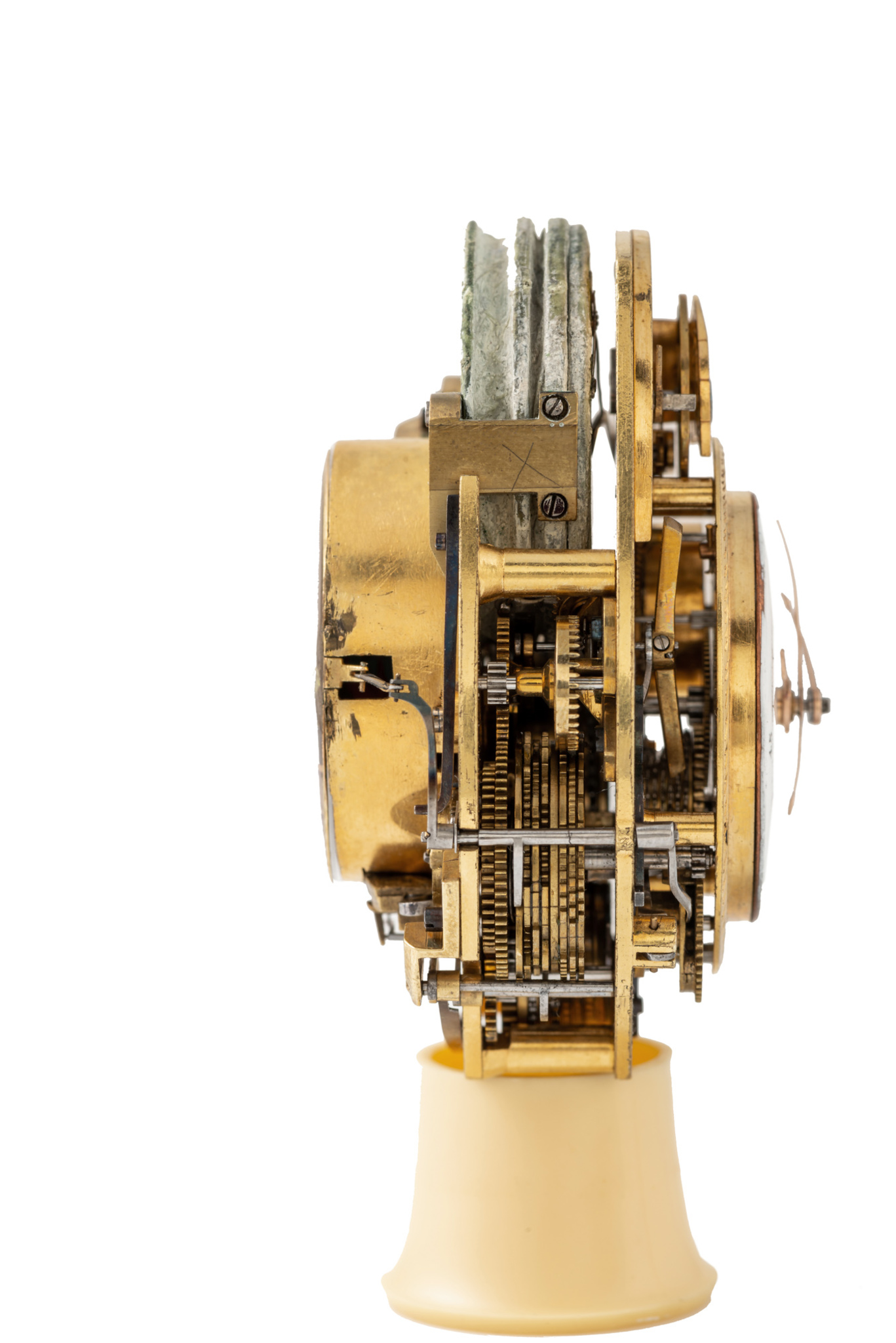 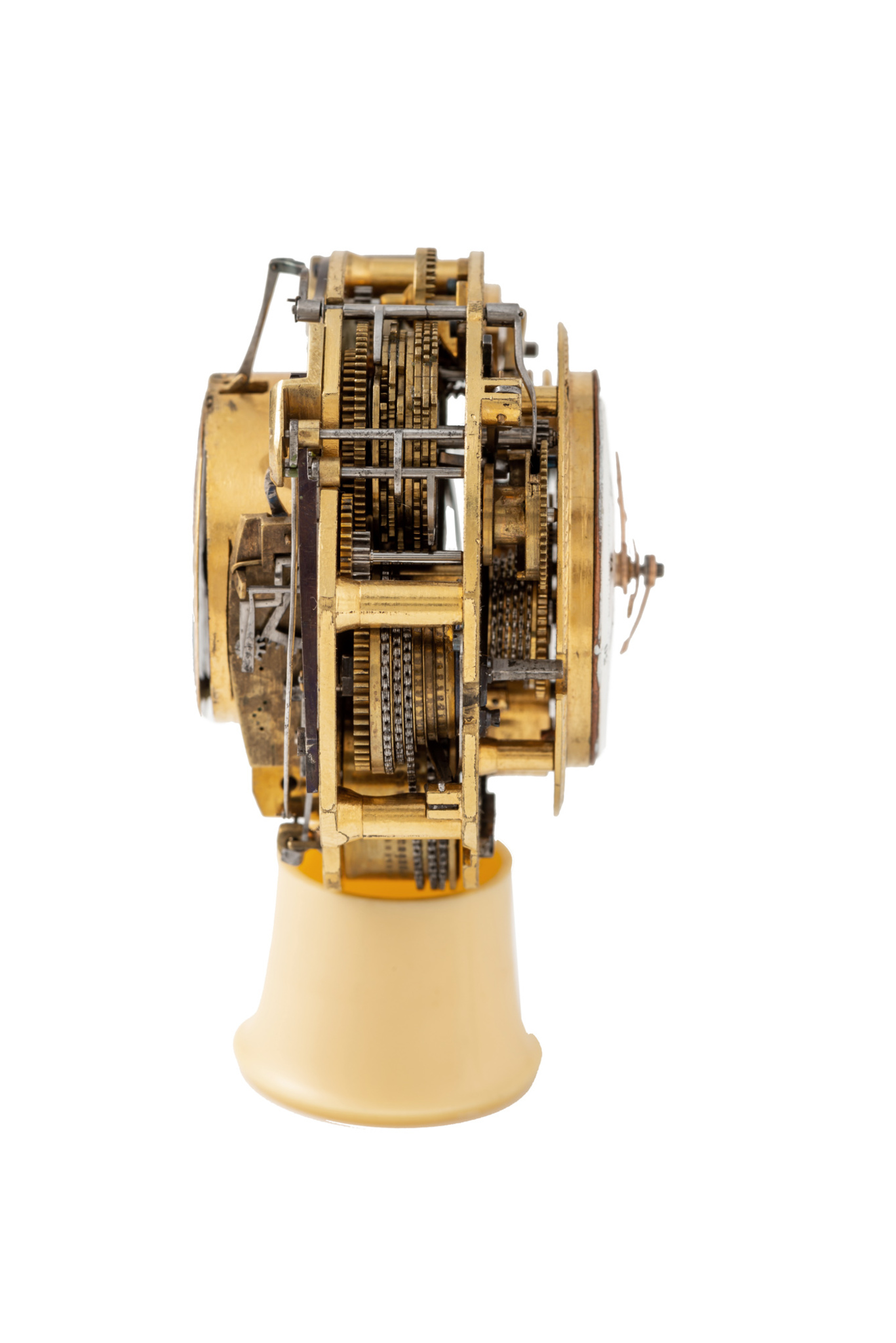 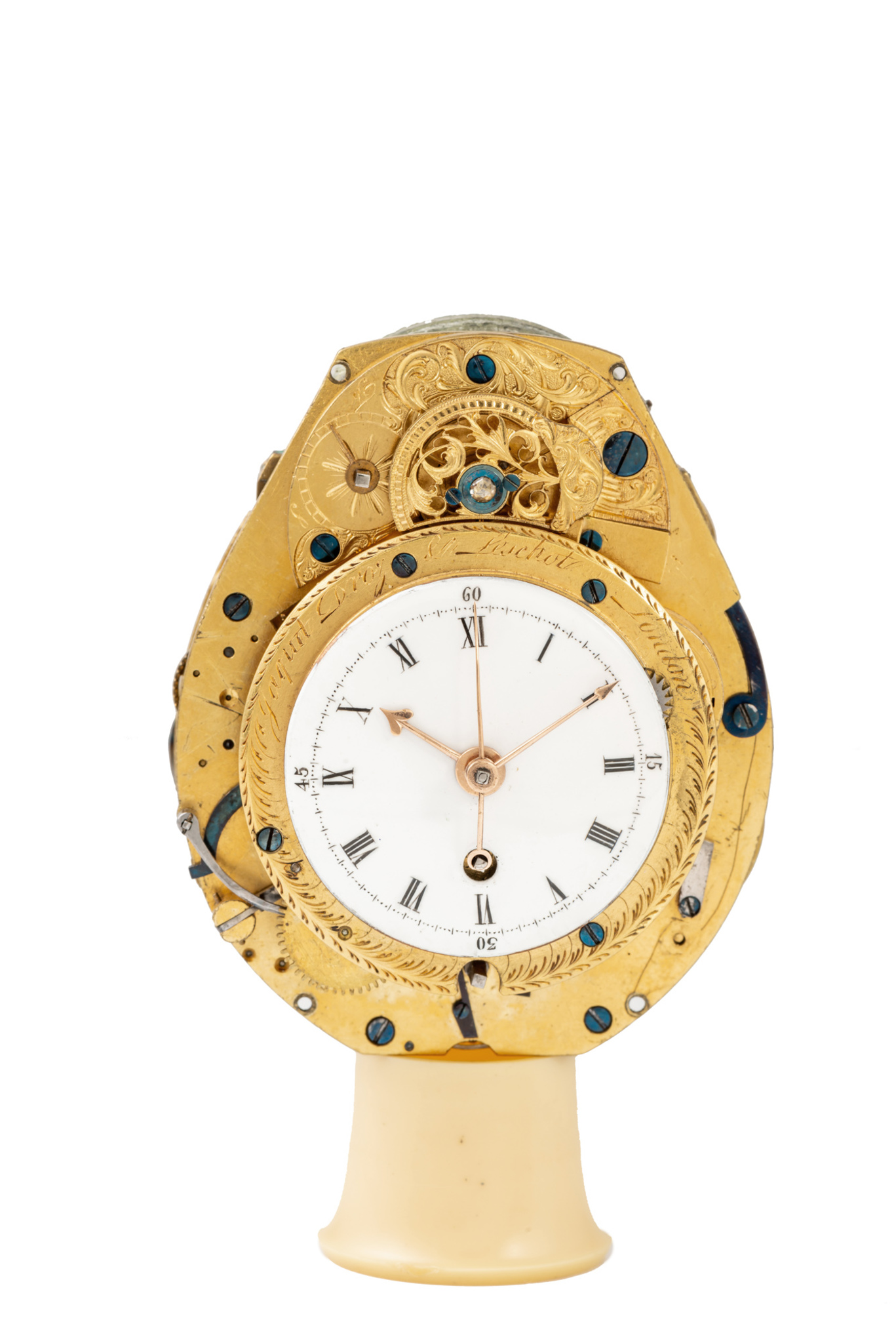 Calibre  Shaped, gilded brass, full plate, cylindrical pillars, with going barrel, cylinder escapement (brass wheel), monometallic balance (gilded brass), pierced and engraved gilded English cock with diamond end-stone; on the reverse, the singing bird mechanism with fusee and chain (wound by means of a slide in the band), a large bellow and eight cams (of which two drives the bird’s movements of the beak and the tail, and, the others modulate the song of the bird by a piston controlled whistle)