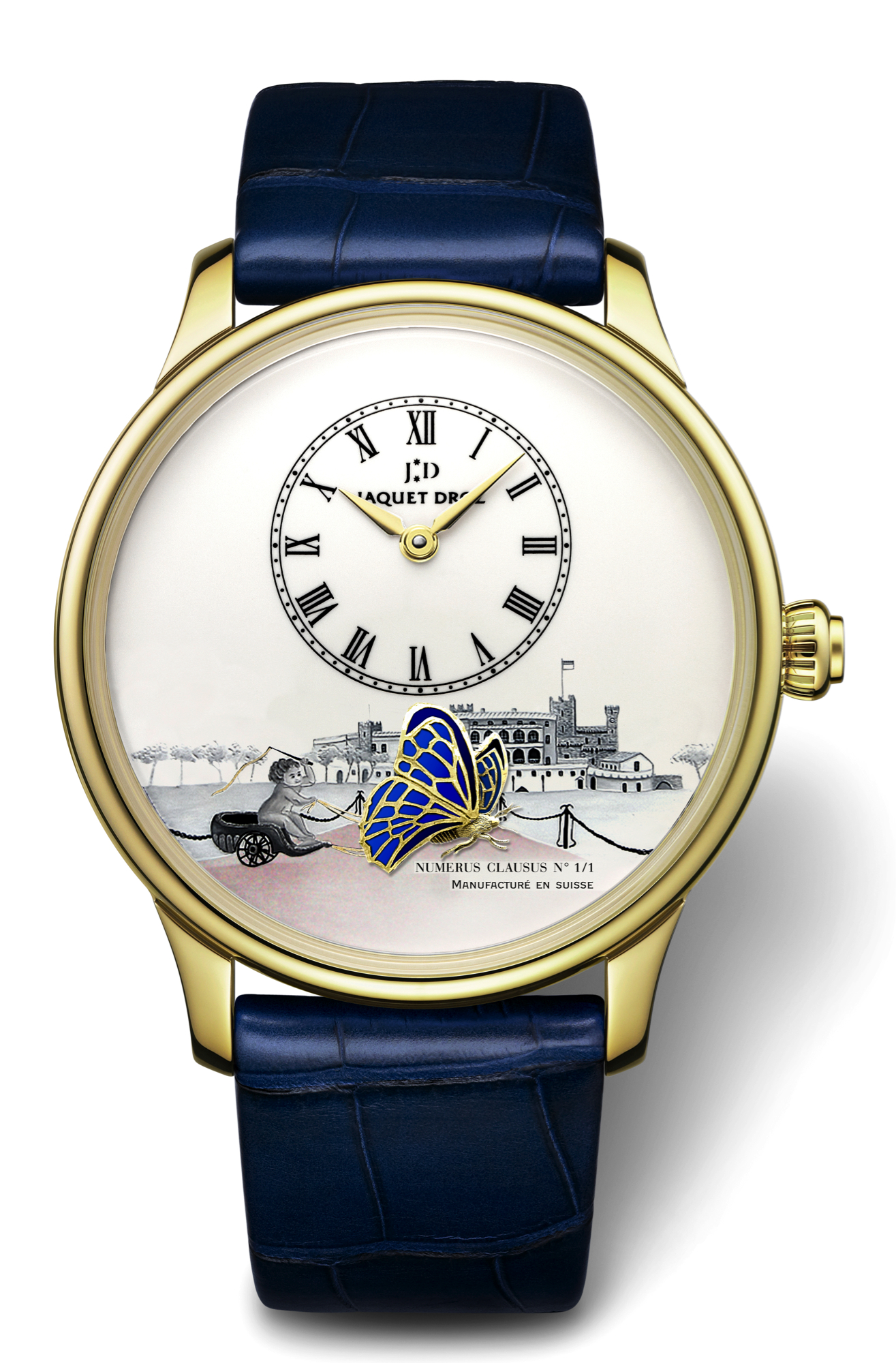 Jaquet Droz Since 1738, Jaquet Droz has perpetuated the spirit of innovation and aesthetic refinement of its founder, Pierre Jaquet-Droz. With his son Henri-Louis, this brilliant inventor was the first to establish his manufacture in Geneva, before touring the courts of Europe to present his breathtaking handwork, exquisitely decorated humanoid automata and singing watches, and exporting his pieces across the globe, in particular to China. Today, the brand reaffirms its involvement to Only Watch with its newest edition, offering a unique piece: The Loving Butterfly. This is a historical design drawn by one of the legendary automata produced by Pierre Jaquet-Droz in the 18th century. The cherub is an emblem of the Italian Renaissance and Baroque periods, while the butterfly serves as a universal symbol of beauty, lightness and freedom. The palace of Monaco is represented in the background painted tone on tone, endowing the scene with a certain realism. The Loving Butterfly is an echo of the values defended by Jaquet Droz: the right to innocence, the power of the imagination as well as confidence in one?s own dreams. The Loving Butterfly merges the expertise of the most skilled master artisans at Jaquet Droz: sculpting, engraving, miniature painting and - for the very first time - cloisonné enameling lend an unprecedented depth to the Grand Feu enamel dial for an exceptional timepiece evoking the amazement of the Enlightenment.